The Asian Para games are taking place in Jakarta, Indonesia from the 7th to the 13th of October 2018. It is for the first time that chess has been included as one of the sports in the Para Games. This is a big news for the blind and physically disabled chess in our country as now the medals they win will enhance India's overall medal tally across other sports as well. A good performance here will make the Government as well as other stake holders take notice of Indian blind and physically disabled chess.

The tournament is split into open and women section. There are three different formats in which the players will be locking horns with each other - Standard, Rapid and Blitz. India has three teams: B1 (100% blind), B2+B3 (Partially blind), P1 (physically disabled). In what was a big blow to our hopes, Soundarya Kumar Pradhan who was slated to play in the 100% blind section (B1) did not pass the test. This meant that he had to take part in the B2+B3 category. Aryan Joshi who was going to play in the B2+B3 category could not participate and had to watch all the action from side lines.

The Classical section began on the 7th of October 2018 and had seven rounds in each section. There were individual as well as Team medals at stake. The tournament was conducted as if it were an individual event but at the end of it, the scores of two best performing players from one country would be clubbed together and a team medal would be given to the highest scoring team. Of course, better individual performance would lead to a better team result. Indians had an excellent chance to come out victorious in the B2+B3 category because the top seed was Kishan Gangolli and also in P1 women's section as we had the five time World disabled Champion Jenitha Anto. 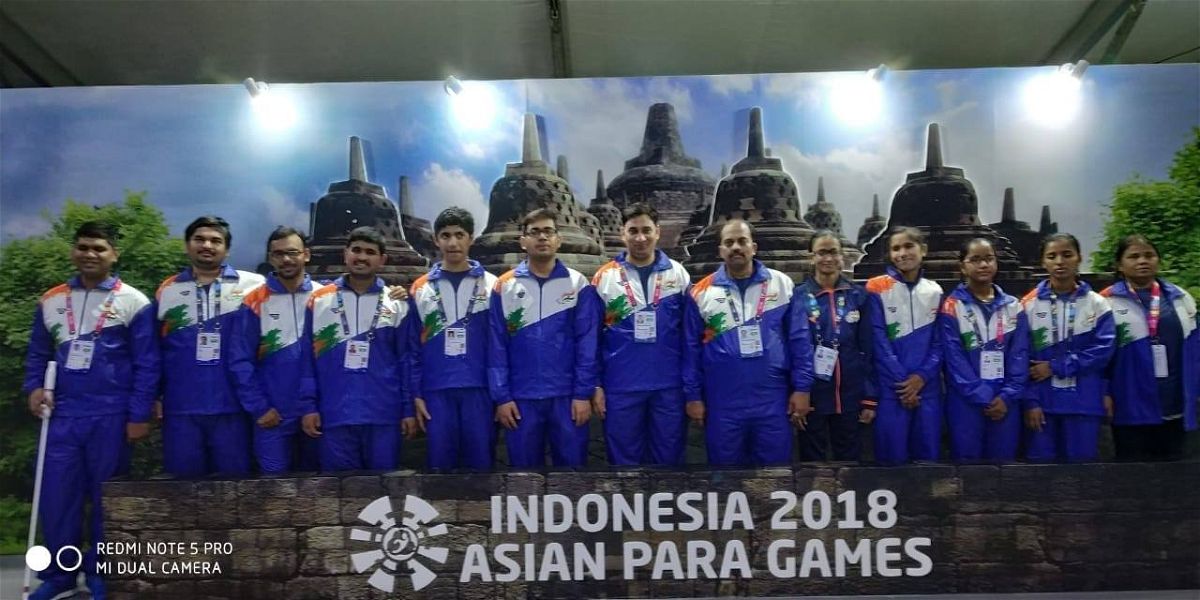 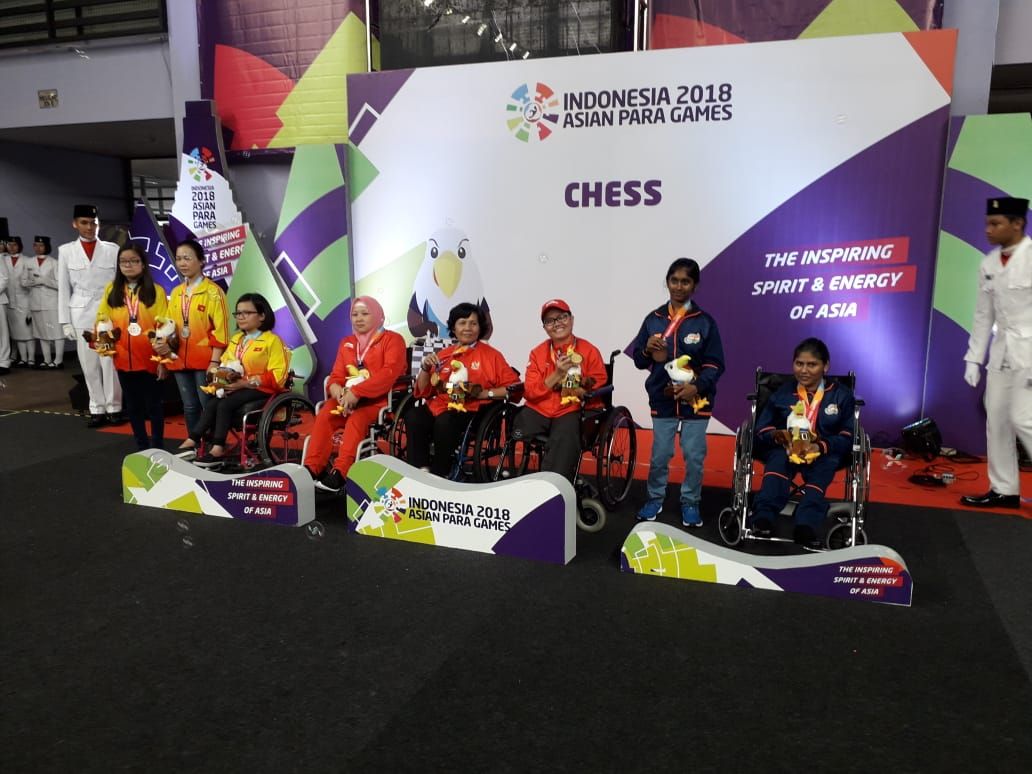 Jenitha scored 5.5/7 and finished second. Of course, she would have been upset that she couldn't win the gold, knowing the champion that she is. However, an individual silver is not a bad result. The other player from India Prema Kanishsri Raju finished with 2.0/7, but the cumulative score of Jenitha and Prema helped India to win the team bronze. 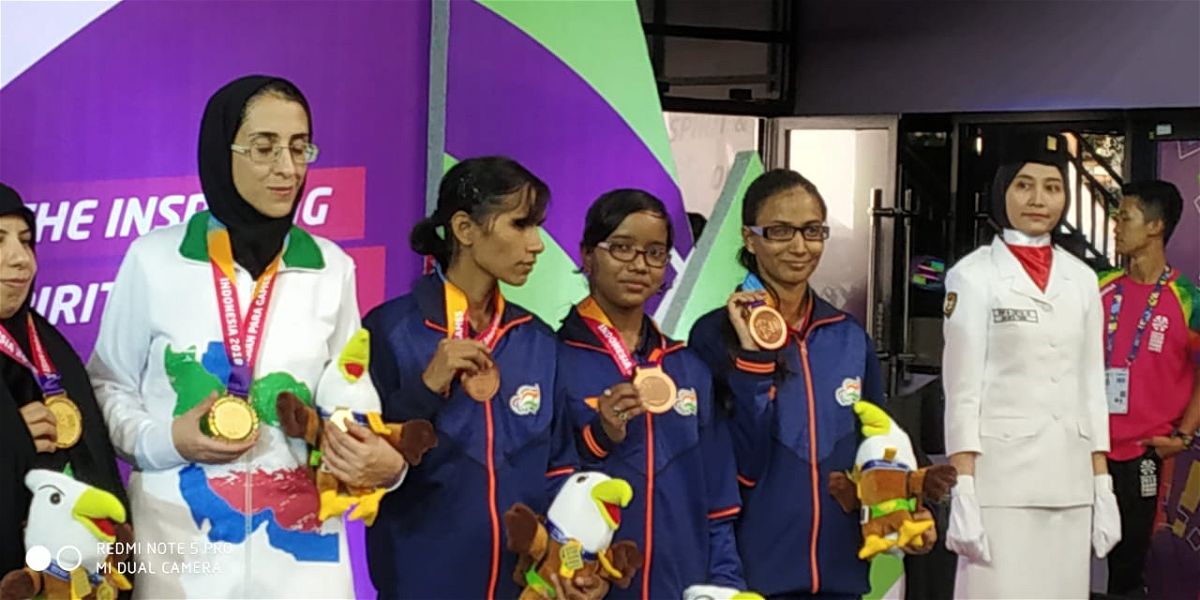 A big success for India was the team bronze. All the girls were rated below 1200 but they gave it their all and two of them Megha Chakraborty and Mrinali Pande scored four points each to bring home the bronze medal. 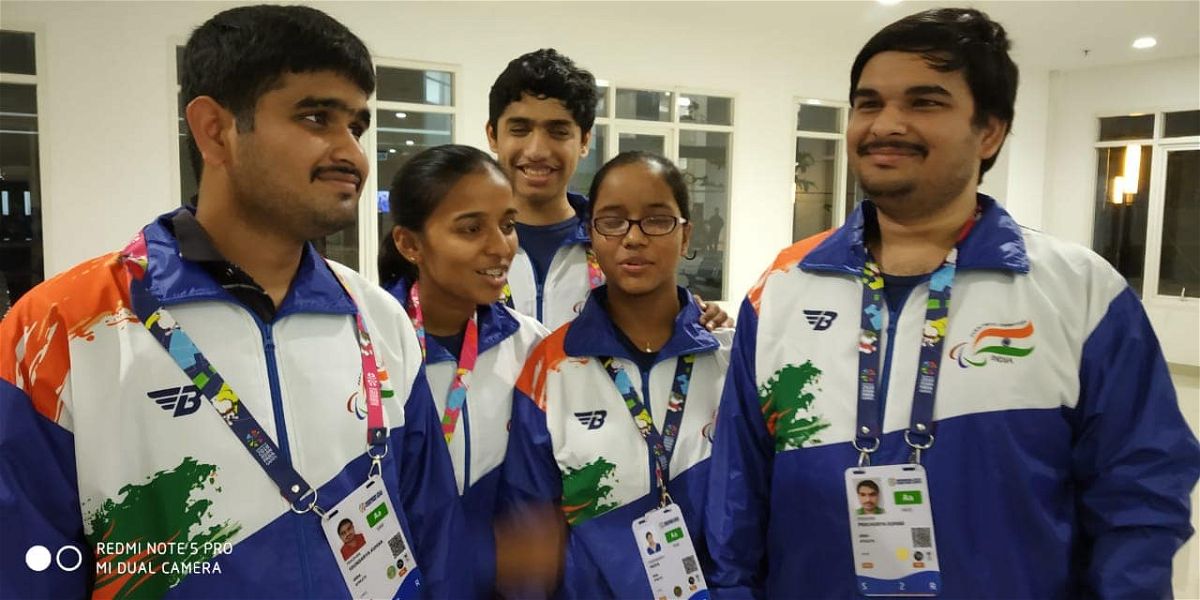 Performance of Indian men in blind and physically disabled section

India had a lot of hopes from Kishan Gangolli, Soundarya Kumar Pradhan (both in B2+B3) and Shashikant Kutwal (P1). However all three of them under-performed. They will be looking to redeem themselves in the rapid section.

Prachurya Pradhan finished sixth and the team had no chance of a medal here.

Final rankings in Classical B2, B3 (partially blind) section

Kishan Gangolli could manage only the sixth place and Ashwin Makwana was eighth. India missed out on individual as well as team medal because Iran, Philippines and Indonesia finished ahead of them.

Shashikant Kutwal is the only IM in the section and he finished seventh which was not a great result. He and Krishna Venkata could not get India a medal.

The rapid section will begin from the 11th of October and team India would be inspired to get back more medals for the country. The stakes are high and a lot of expectations lie on their shoulders, but if all of them show their A-game, the chances of Indians winning medals is very bright. Let's wish them the best!