Ivan Rozum is on fire at the 10th Chennai International 2018. He beat GM R.R. Laxman and moved to the sole lead and is ahead of the entire field by one full point! It seems as if the Russian will win this event. But things are not so simple. First of all, he has the black pieces against top seed Timur Gareyev and secondly his tiebreak is not so great. In the ninth round there were quite a few draws on top ten boards, but there were a few upsets with Marcos Llaneza getting the better of Adam Horvath and Sidhant Mohapatra beating GM Tran Tuan Minh. Report from Chennai.

Ivan Rozum 8.0/9 has one point lead over the field 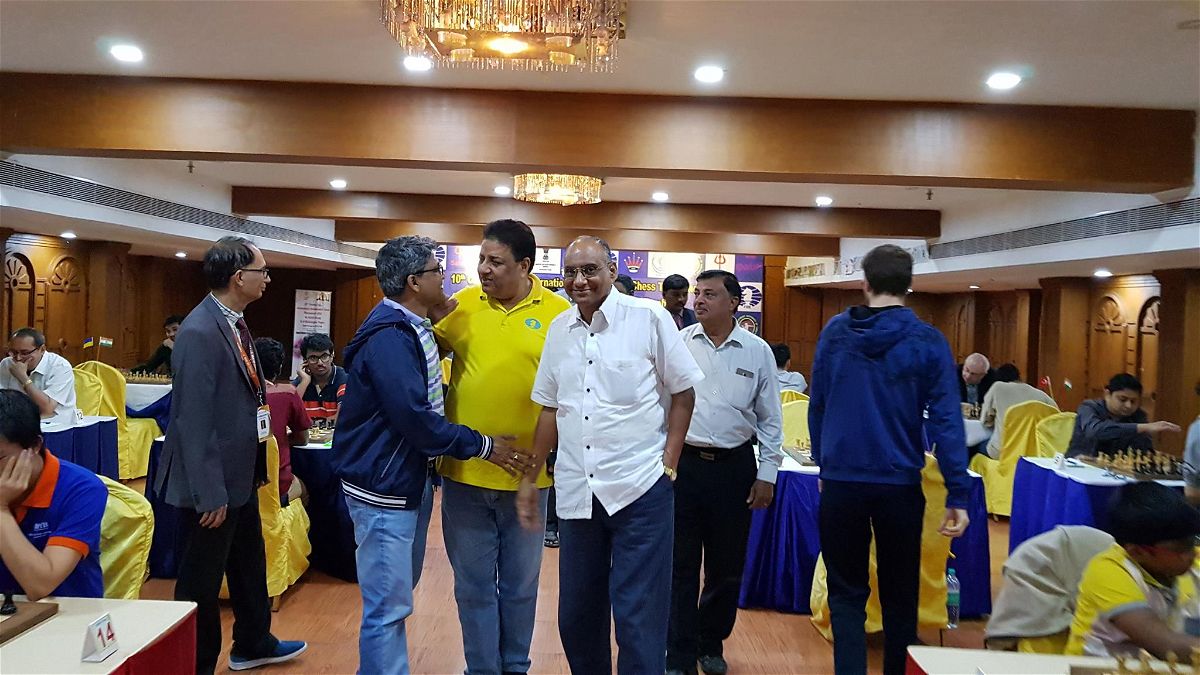 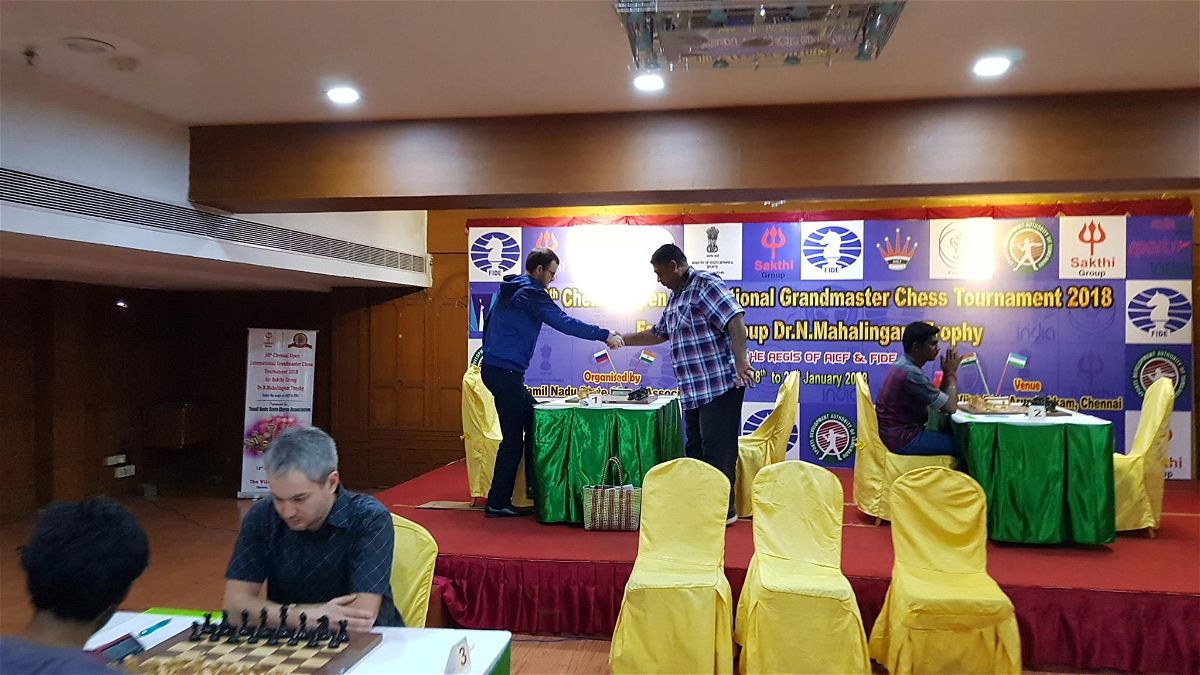 Ivan Rozum arrived to the round a few minutes late. He and Laxman were the joint leaders of the tournament with 7.0/8. It was clear that the one who would win this, would have the best chance to become the Champion. 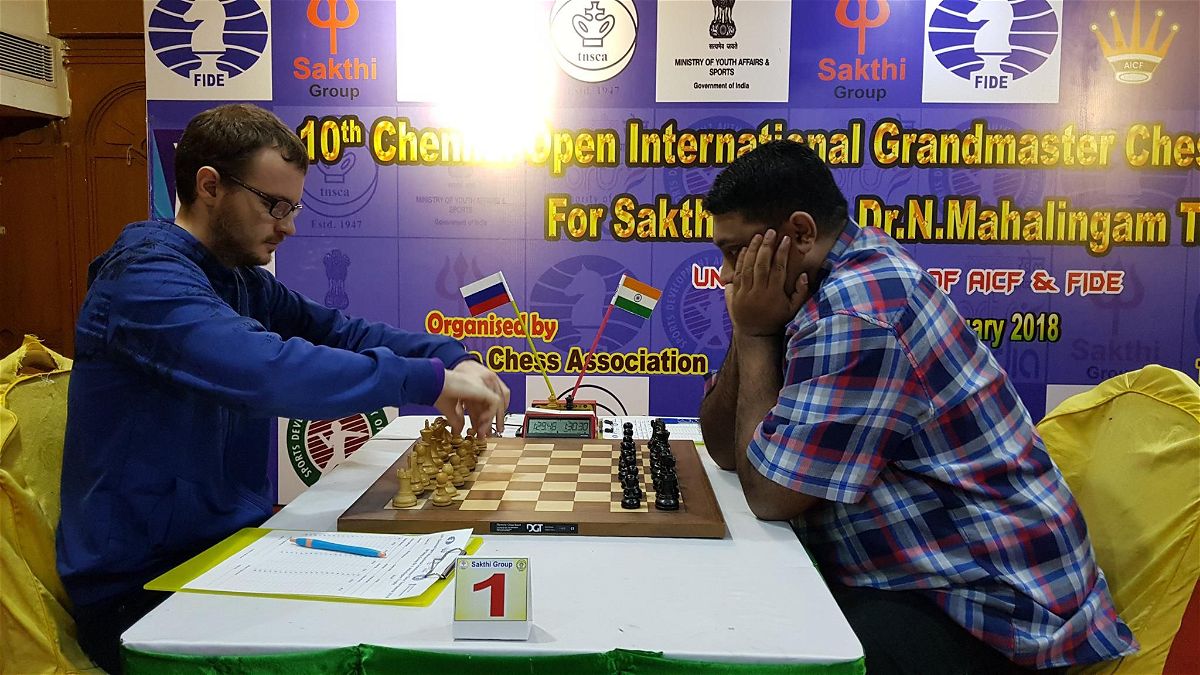 Rozum gets ready for the battle 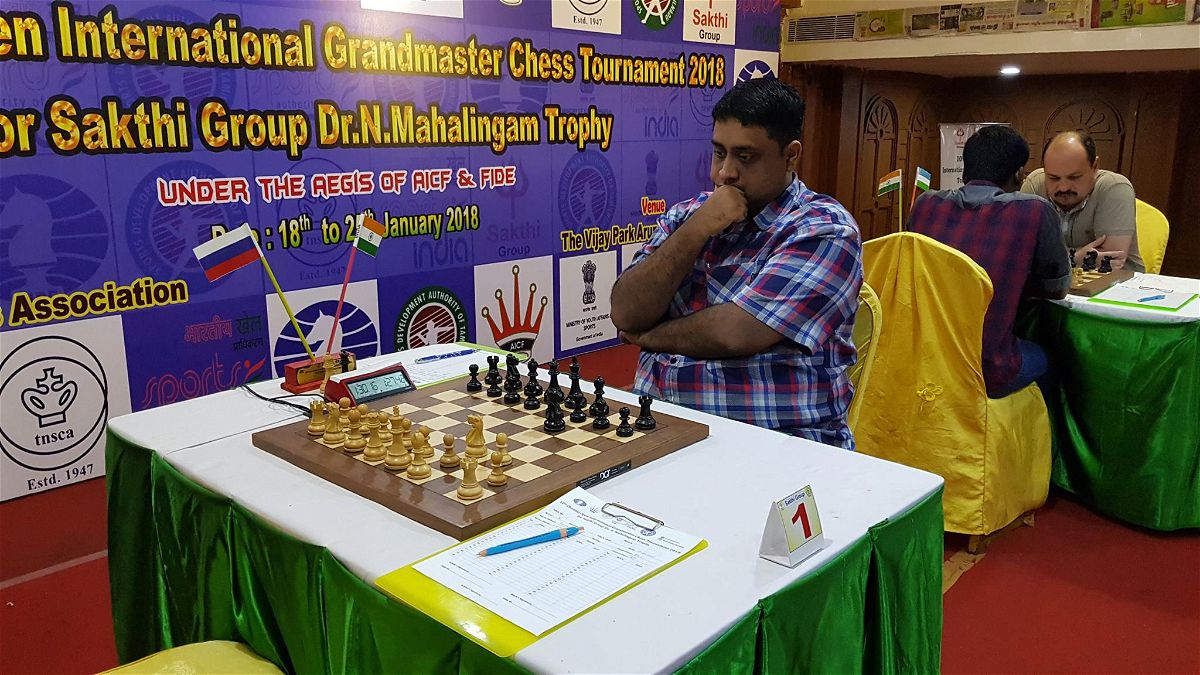 It was surprising to see Laxman who usually plays pretty fast take a lot of time after the move Nf3 Nf6 g3 were played. And then he went for the Grunfeld setup which is not a part of his usual repertoire!

Rozum played a very nice game with the white pieces and scored a full point. Perhaps, he could have been more accurate at some points, but in general he never really let the advantage slip and Laxman didn't find the best defensive resources:

With this win, Rozum extended his lead to a full point over the field. All he needs to do is just draw his final round game. But he faces the top seed of the event Timur Gareyev with the black pieces. This is not going to be an easy game for the Russian. Also, his first tiebreak (buchholz) is not the best. So he cannot afford to lose. 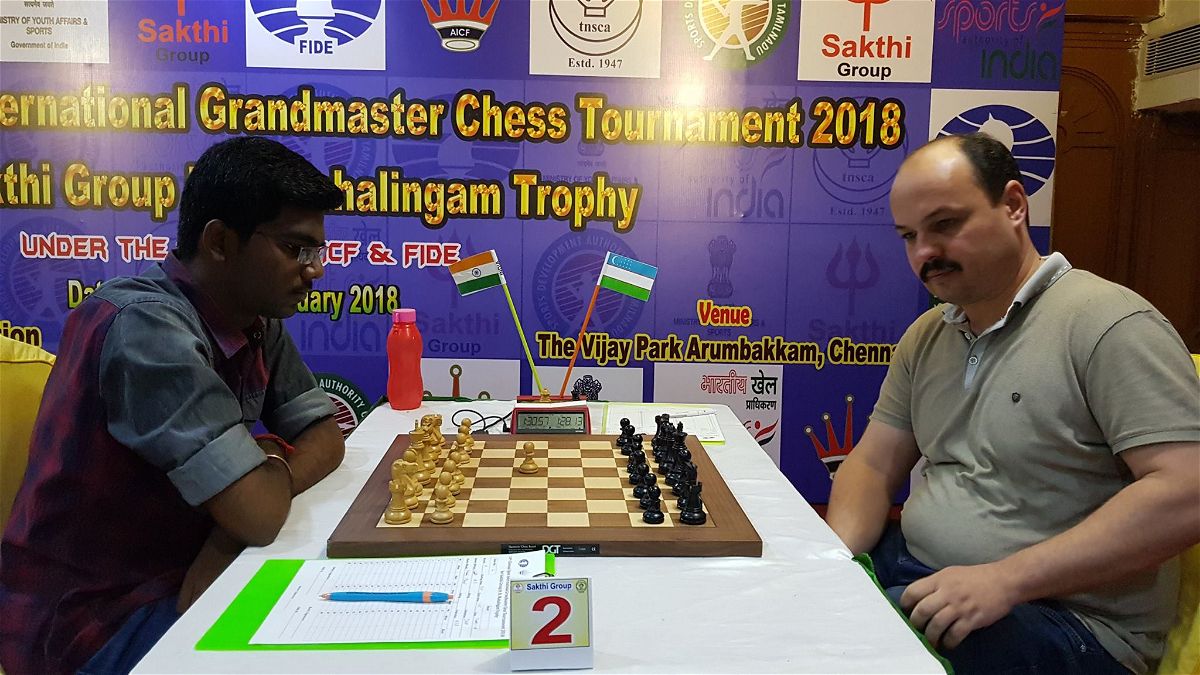 Marat Dzuhmaev got a completely winning position out of the opening against Visakh N.R. but wasn't able to convert it into a win. It is interesting to see such trends where Indian youngsters are defending tough positions against International GMs. It used to be the other way around before! 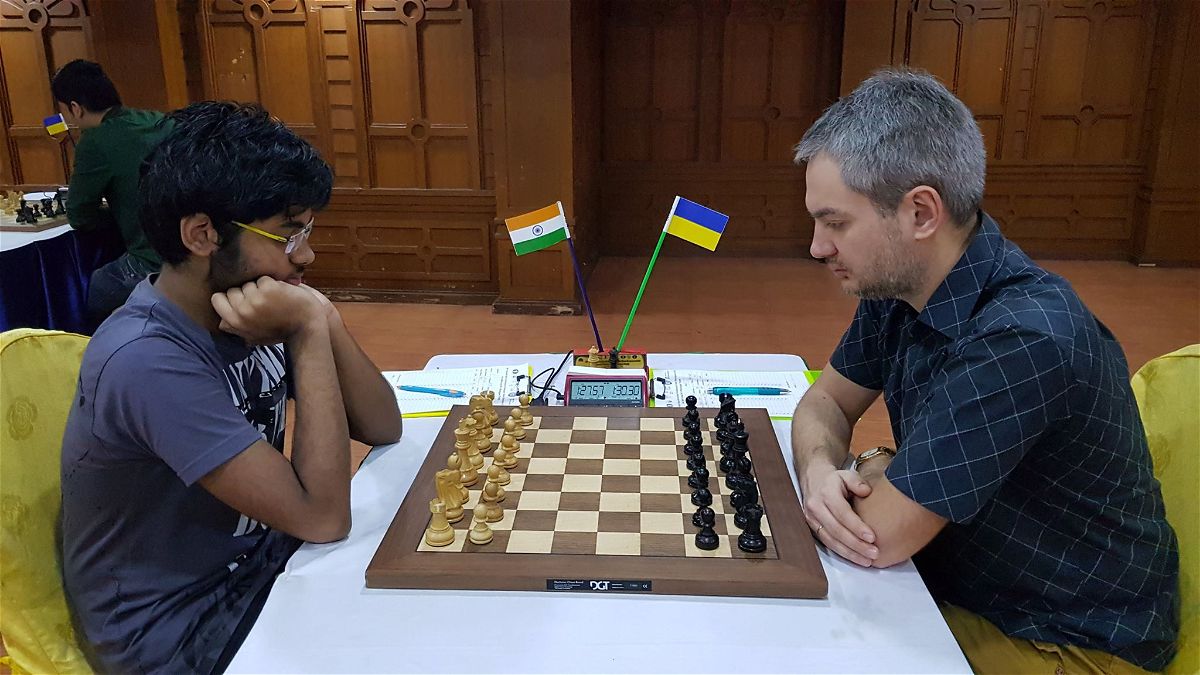 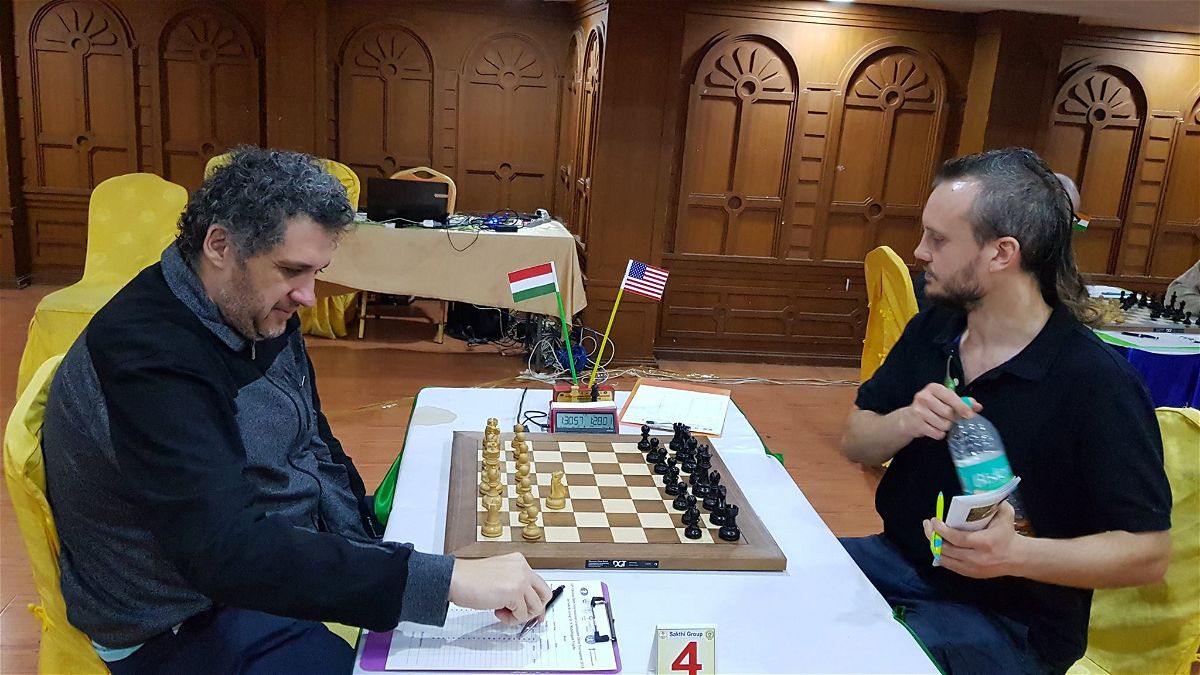 After two losses in rounds five and six, Timur Gareyev has struck back and won three rounds in a row. He is on 7.0/9 and a chance to decide the tournament. Here's his game against Attila Czebe: 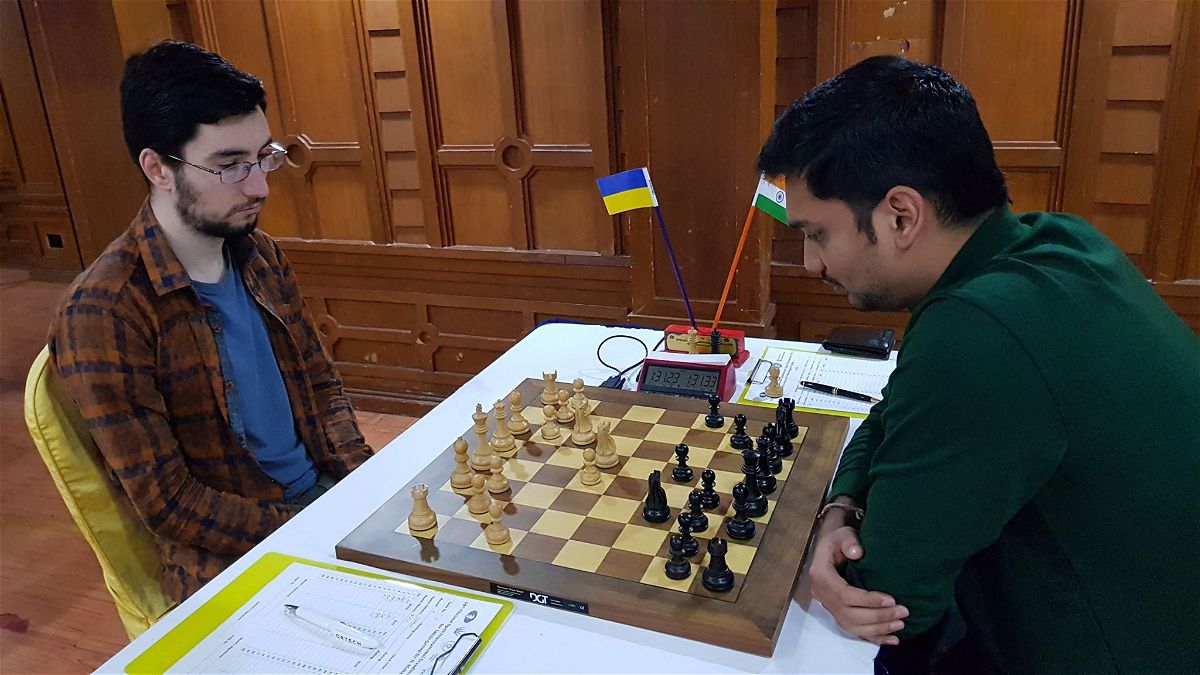 S.Nitin held his own against Adam Tukhaev in the Najdorf

Deepan Chakkravarthy came to the board with a new hairstyle and some interesting opening choices. He drew his game against GM Vitaly Sivuk 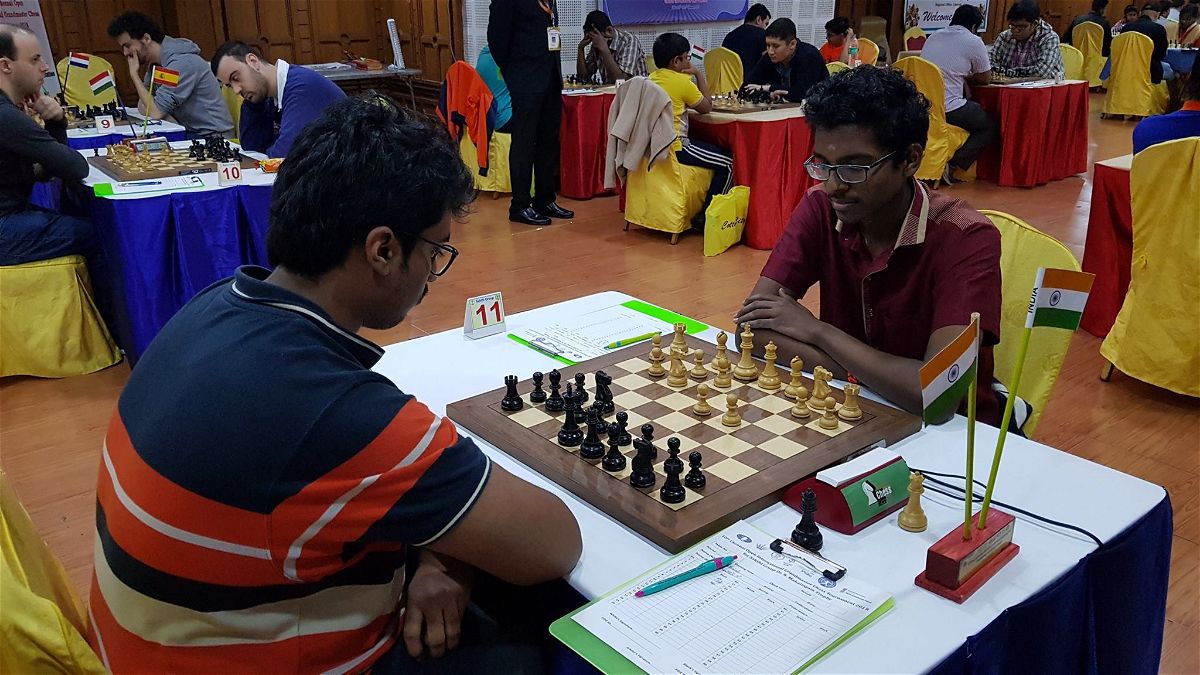 Al Muthaiah (white) was in a must-win scenario to score his IM norm. But Karthik Venkatraman gave him no chances. Black won. 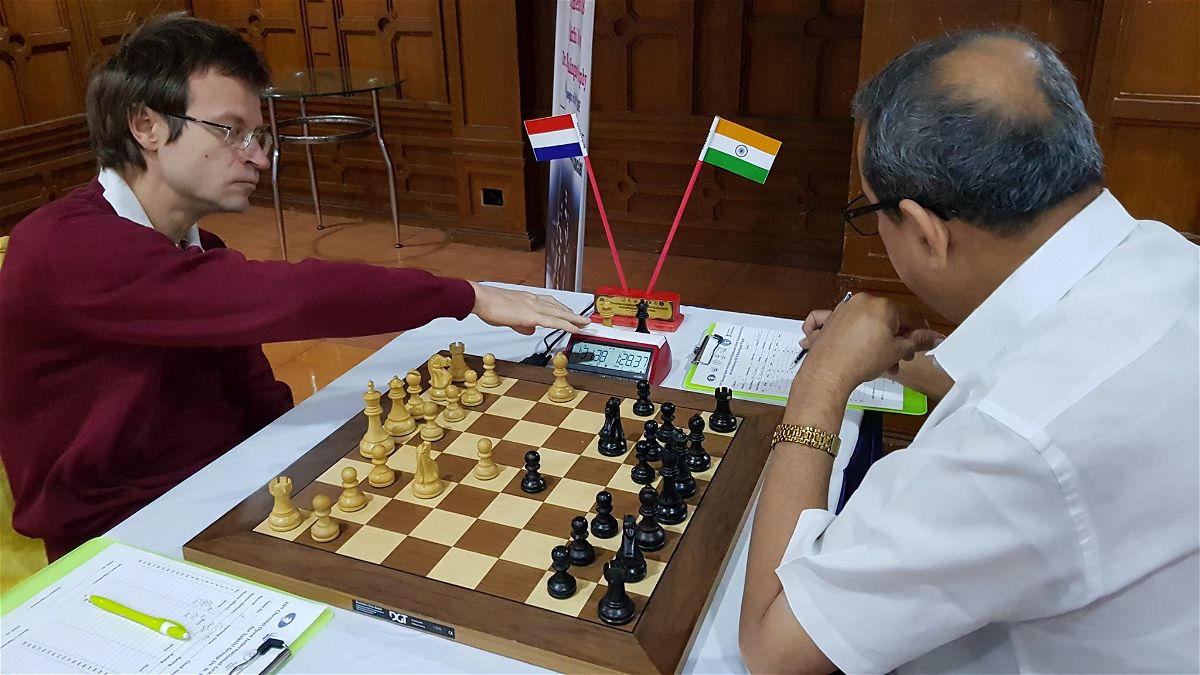 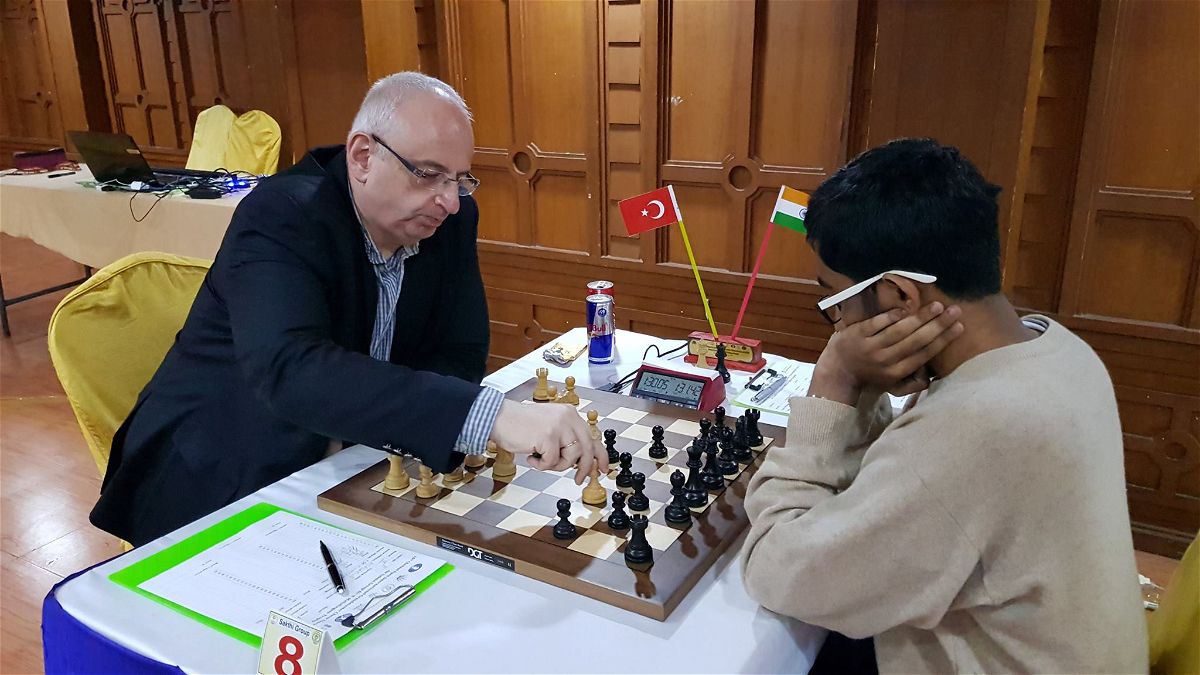 Suat Atalik came to the board with some inspiring ideas, but Raghunandan responded well and the game was drawn 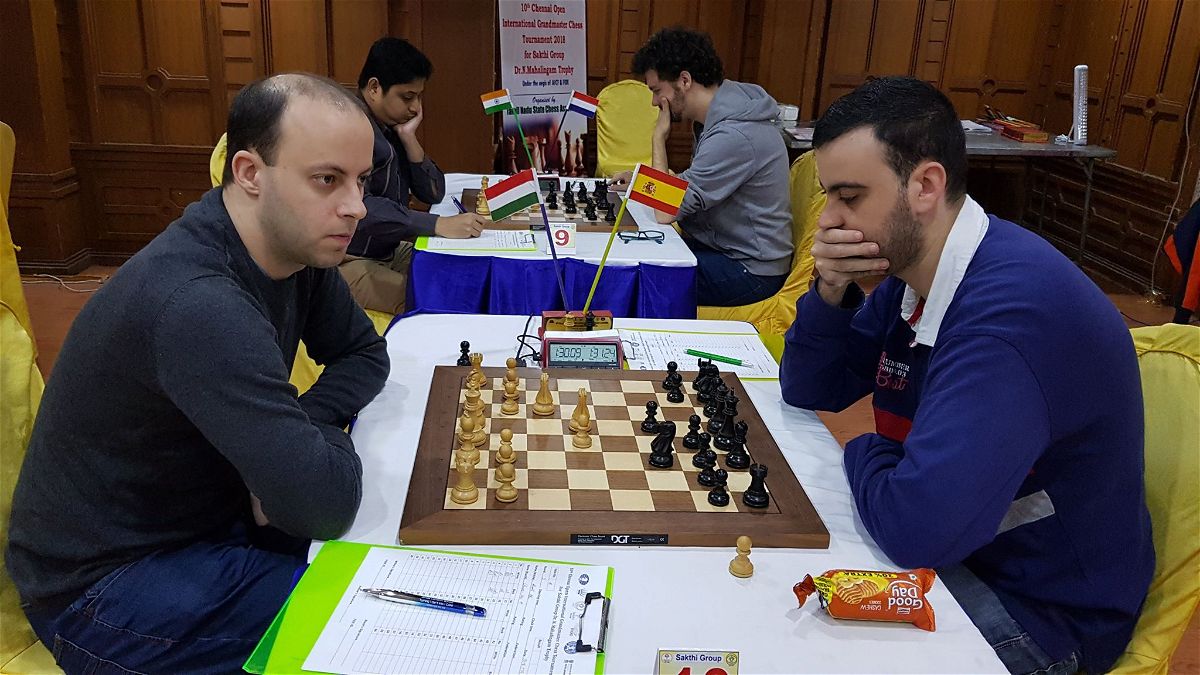 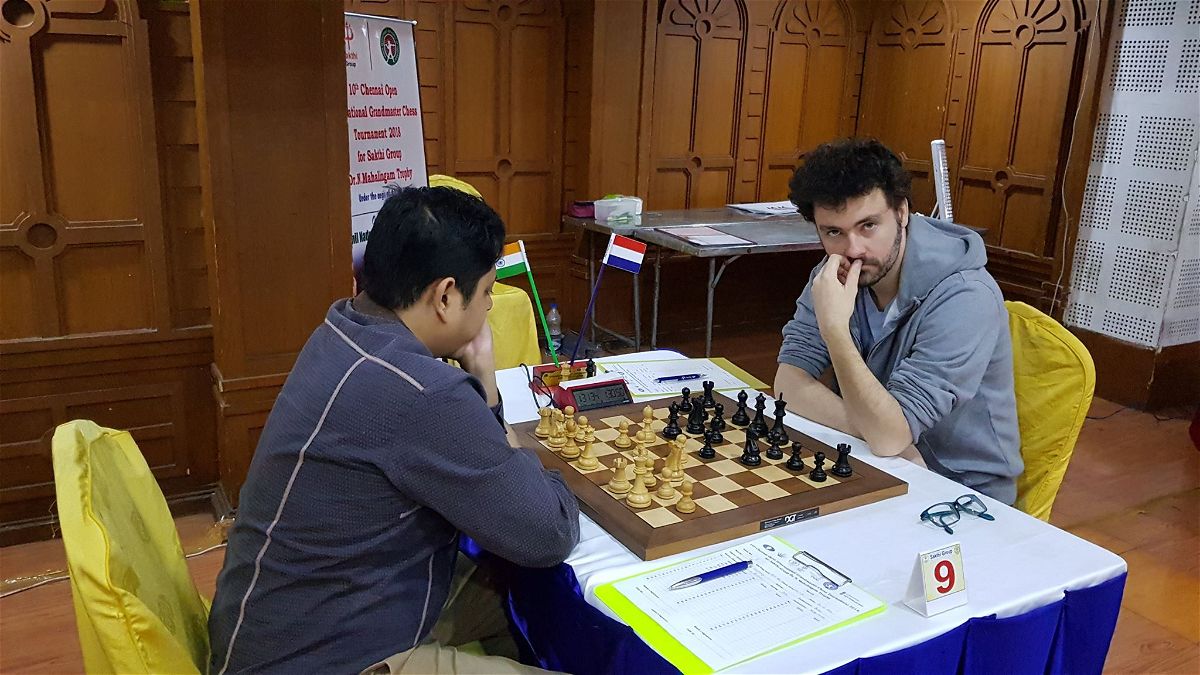 Siddhant Mohapatra was able to beat GM Tran Tuan Minh after the latter blundered big time in the opening: 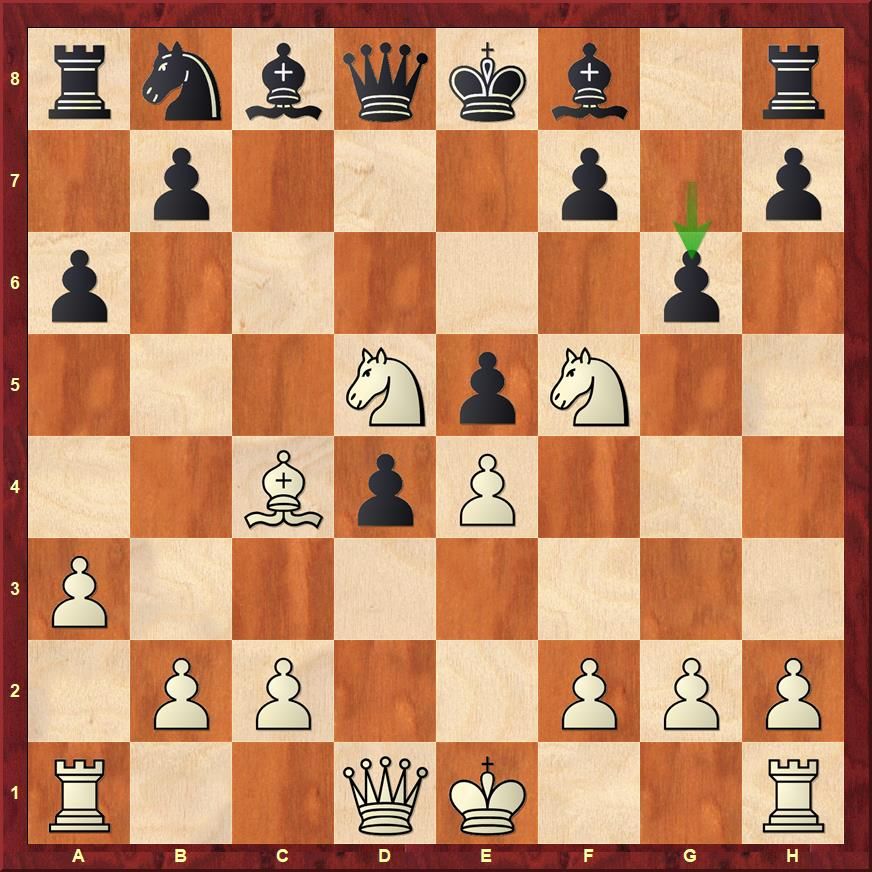 ....g6 is a bad move by Tran Tuan Minh. Do you see how White can take advantage of it?