Caruana beats So in GCT Playoffs

Since both Caruana and So ended the GCT regular season in a dead-heat tie with 26 points each and shared fourth place, a playoff was called to decide the final spot to London. Holding So in the first game with black pieces and winning against him with White, Caruana sealed his place in the London Chess Classic 2018. IM V. Saravanan send us a final exciting report from St. Louis!

The tiebreak match to decide the 4th spot of the final at London was played at the Saint Louis Chess Club on 28th August. The time control was 25 minutes per player for the whole game, with a 10 second time delay per move. 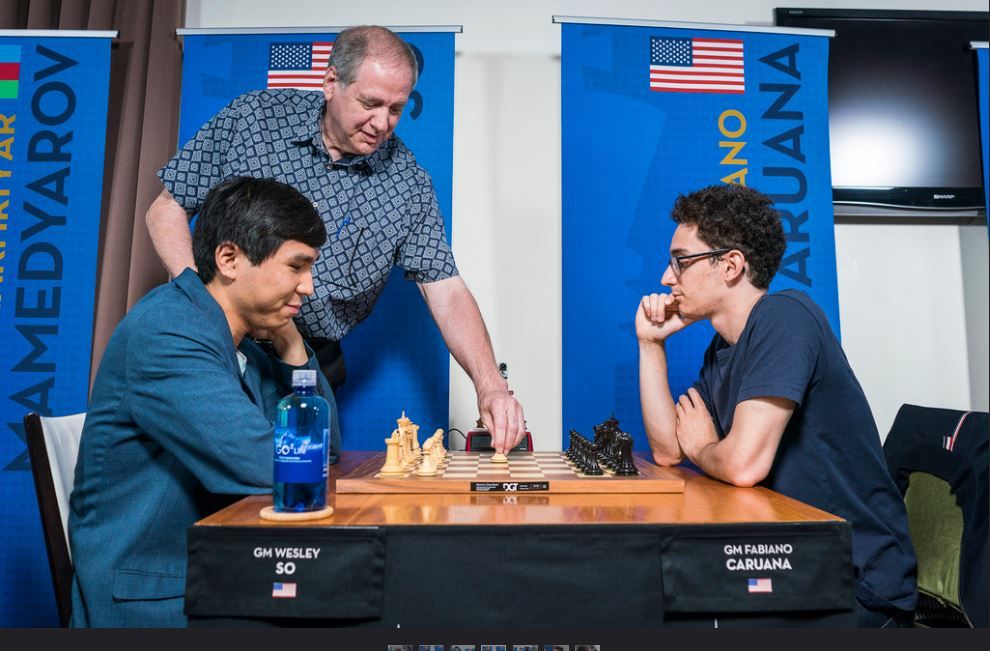 And the battle of nerves resume | Photo: Lennart Ootes 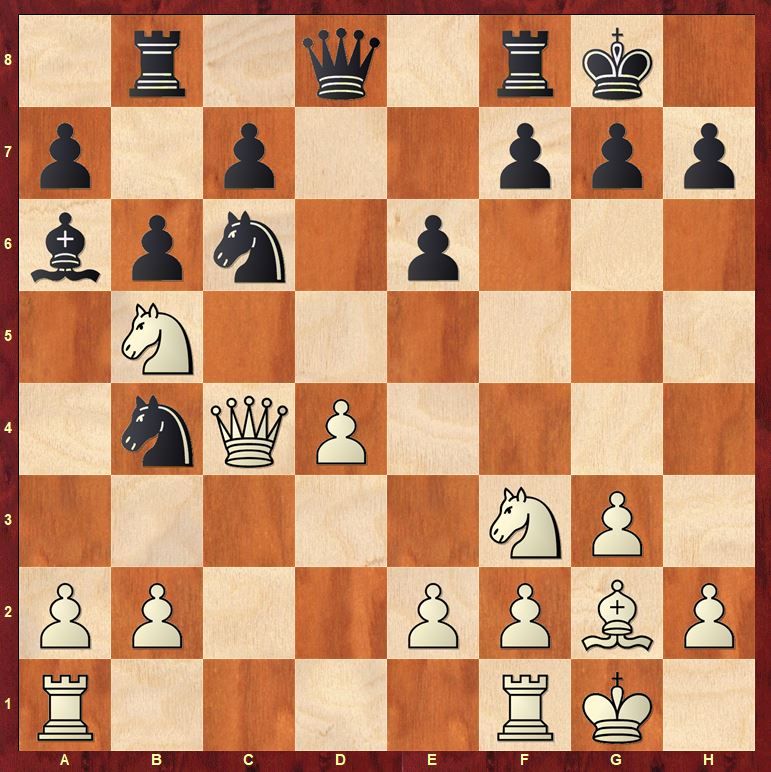 There is a debate in chess on separate opening repertoires for Classical, Rapid and Blitz chess. Whether it is brave to keep the same repertoire for all three? Or whether be ‘safe’ and play openings which cannot have theoretical depth to surprise you in shorter time control? This is typical to the question of playing chess itself - every man and woman for their own, every theory to one’s own…

The position in the diagram is a well known one, 13...Qd5 being the only move played here. Caruana now plays a move first employed by Bu Xiangzhi against Vidit Gujrathi just three weeks ago: 13...Qe8. If not anything, it made Wesley So spend more than two minutes on his clock…

Subsequently, white was not able to gain much throughout the game, which never wavered much out of an assessment of balance. Should we declare that the successful holding of the game with black pieces was due to the surprise in the opening? Again, one will never know...

Curiously, the next game featured an opening which is not part of either’s players repertoire! The time before the tie-breakers had been spent efficiently indeed… 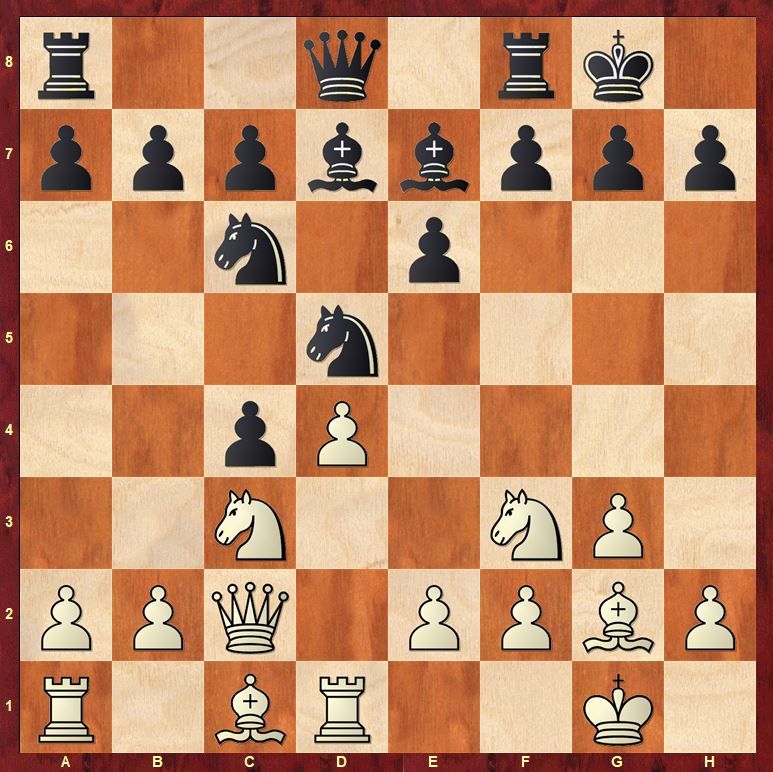 Till this point, both the players were making their move quite fast -- almost instantly -- thus, indicating their knowledge of the opening. Here, Caruana took about a minute and went for 11.e4!?

There is an ageless wisdom of Yusupov that in a match, it doesn’t matter whether one plays the ‘correct’ moves or not, as the position demands. More important is to show fight. Play in a way that your opponent doesn’t feel comfortable. Looking at the way Caruana played the middlegame, it was difficult to ignore the thought that he was taking the fight to his opponent…

And this is where the match really turned in Caruana’s favour, when he got he momentum behind him: 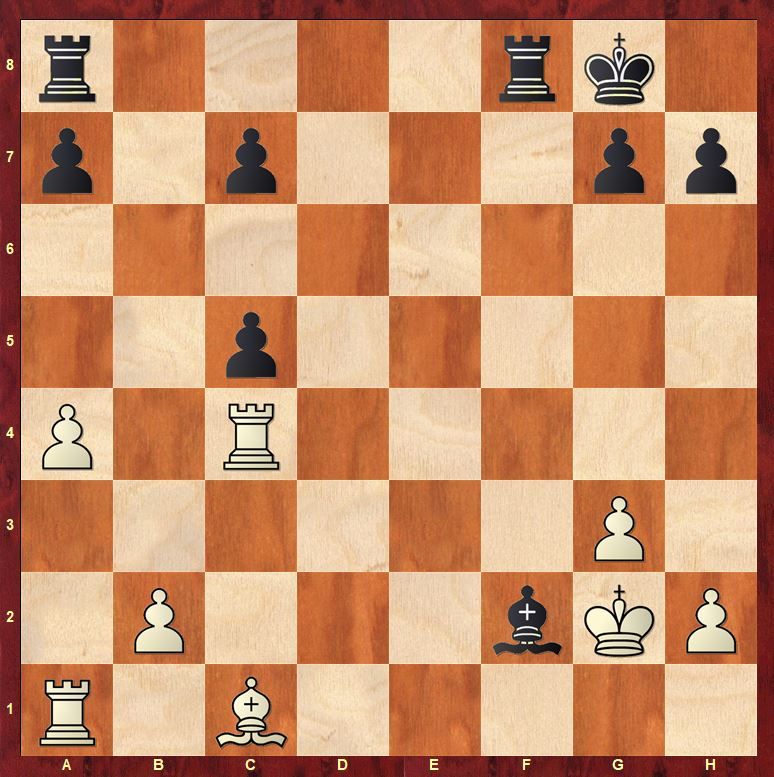 At this point, Caruana had 19 minutes to So’s 13 minutes in his clock, and he looked under pressure too. It was obvious that he didn’t like the obvious 26.Bf4 in the position. After a 6 minute think, he came up with the excellent resource 26.Bf4!?

If at all any particular moment be pointed out, this was the position where I feel the momentum shifted. So was visibly surprised by the resourcefulness of the move. b2-b4 is an annoying resource here, which surfaces in a variety of ways after this. Needless to say, So didn’t react correctly even after consuming 5 minutes in reply. 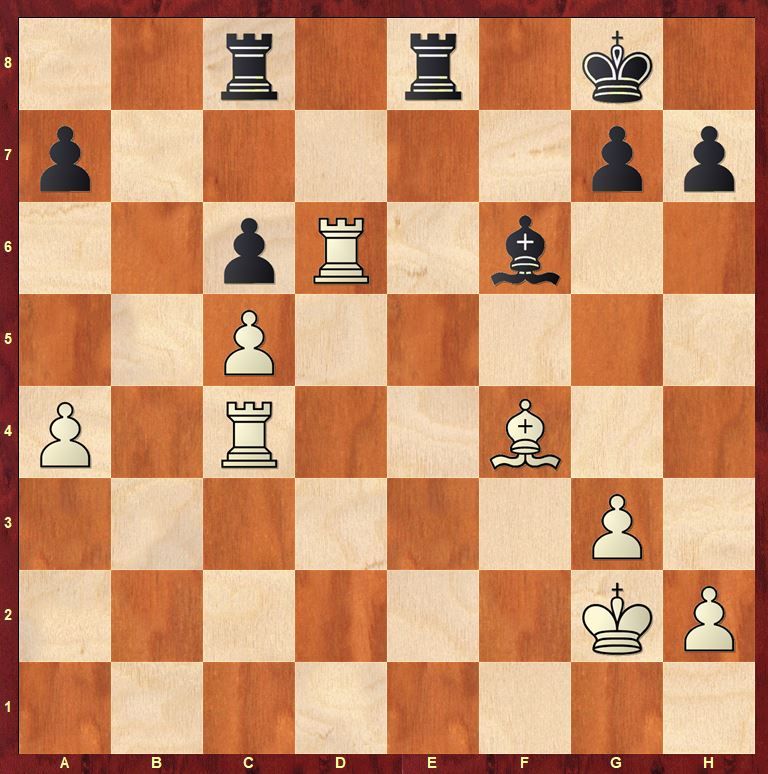 Again, another important moment. Since this is a Rapid game, we need not analyse it deeply, but comprehension of the position is important to appreciate Caruana’s move here.

Black’s c8-rook is tied to defend the c6-pawn. His bishop has to stay on f6 to look over the kingside to diffuse any rook invasion. So, he has only the rook on e8 to achieve any dynamism. It is too soon for his king to come out, as he will only make himself a target.

Contrarily, white has the potential to activate almost all his pieces. So, I was curious what Caruana would do here. After a minute of thinking, came…

Fantastic. It was extremely difficult to stand over the spectator arena watching this game and stop admiring the Challenger. For first look, white’s idea seems to be h4-h5-h6, disturbing the bishop’s solidarity. But has more sinister motives…

33.Kf3! The point behind the pawn push. White is now ready to liquidate the only active black piece with Rc4-e4, and in the resultant position, due to holes in black’s kingside, white king will threaten to march over through the f5 & g6 squares. Which means that the move 32.h4 is just not a routine move with a tactical threat. Or even a positional threat! It is about creating holes in black’s position. It is ultimately about activating white’s king. Well... 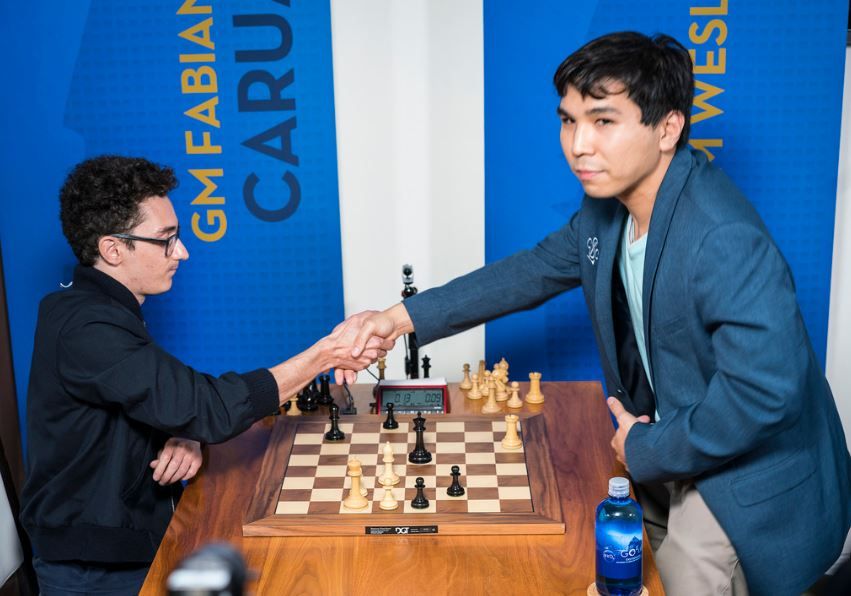 With this handshake Caruana sealed his place for London | Photo: Lennart Ootes 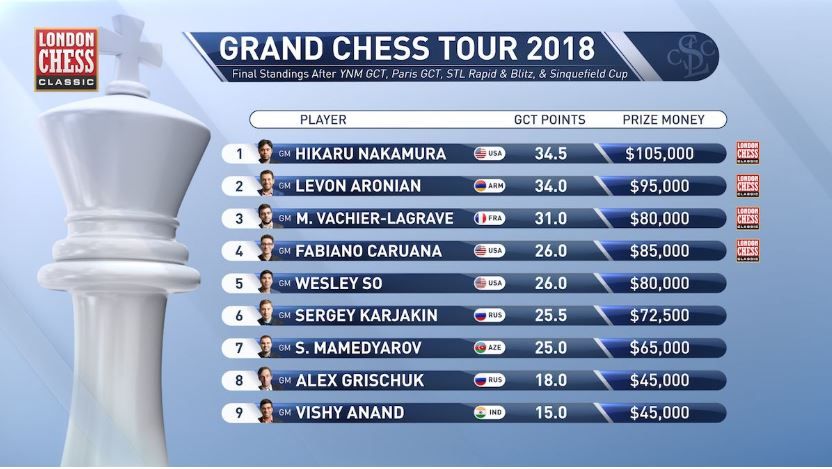