Candidates 2018 Round 9: The Minister of Defence prevails

The top spots in the Candidates remained unaffected as Caruana and Mamedyarov drew their respective games against Ding Liren and Aronian. Caruana was pressing throughout the game but could not convert it into a full point. Kramnik continued with his policy of uncompromising chess which backfired once again against Sergey Karjakin. Vladimir sacrificed a rook and it looked quite dangerous, but we mustn't forget that he was playing against the Minister of Defence, who found some only defensive ideas in the position and brought home the full point. Analysis of this critical game.

Vladimir Kramnik doesn't mind losing his games. He just wants to play uncompromising chess! How else would you explain his game against Sergey Karjakin from the ninth round of the Candidates. The big Vlad has been providing plenty of excitement for chess fans all over the world, but it isn't helping his own scoring as he languishes on the last spot after nine rounds with four losses. 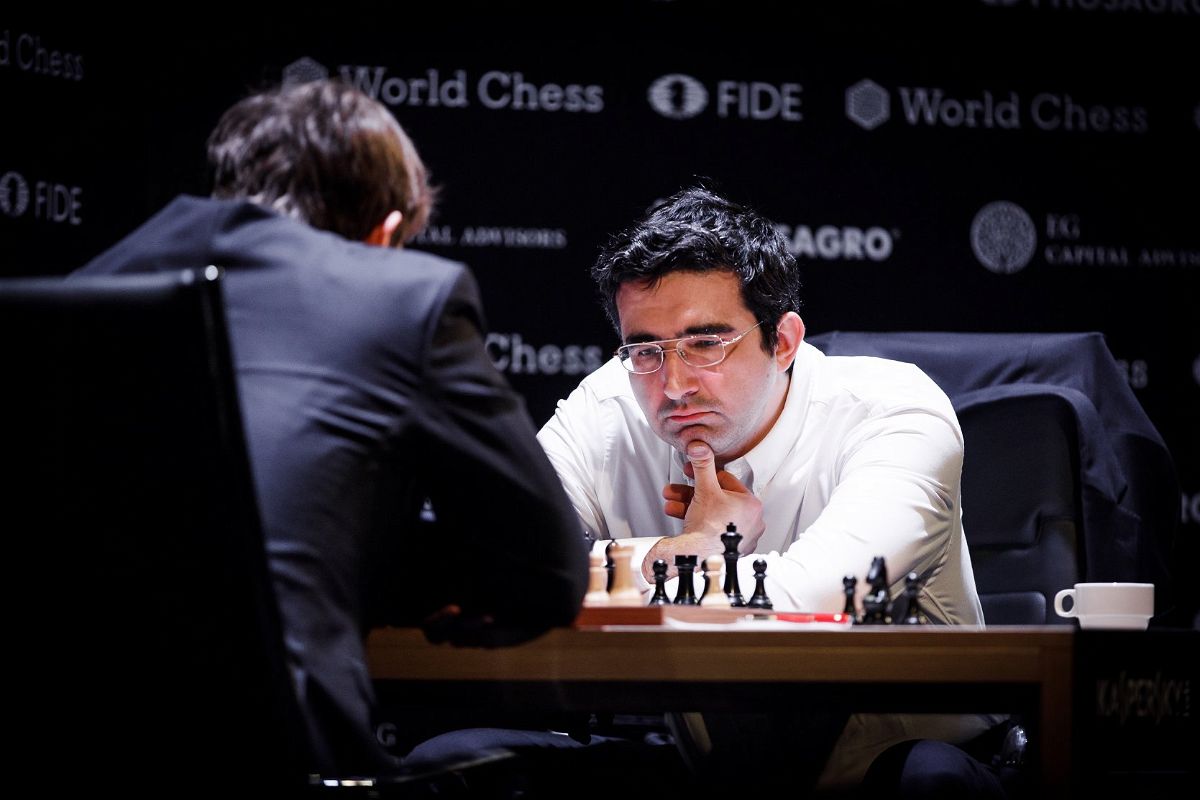 Kramnik has Giri as his second at the Candidates, but there is absolutely no signs of Giri's solidity! | Photo: World Chess 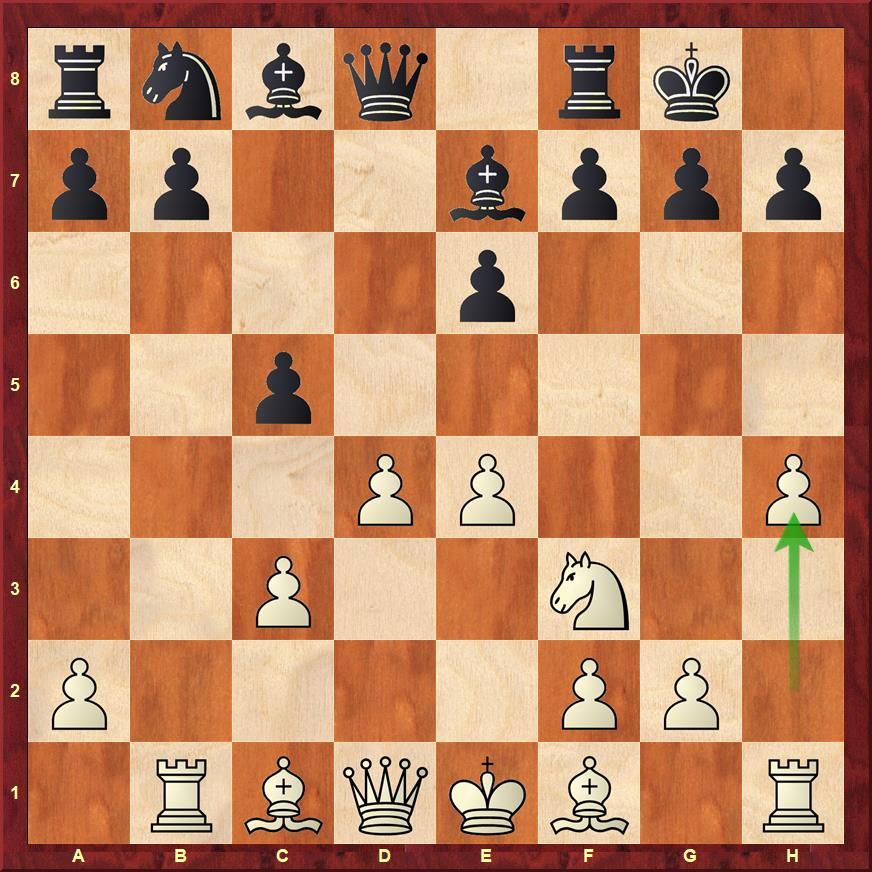 h4! by Karjakin was a new idea in the Semi-Tarrasch that is sure to gain good bit of following. It reminds us of the Candidates 2016 where Sergey played a similar idea of h4! against Anand in the English. 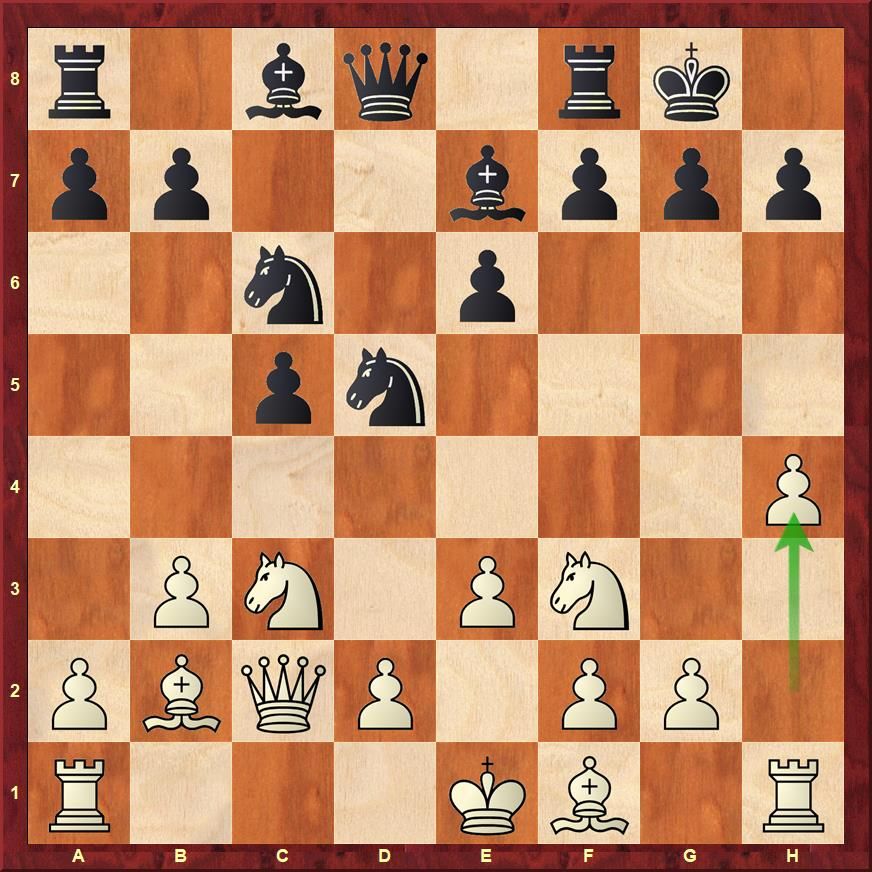 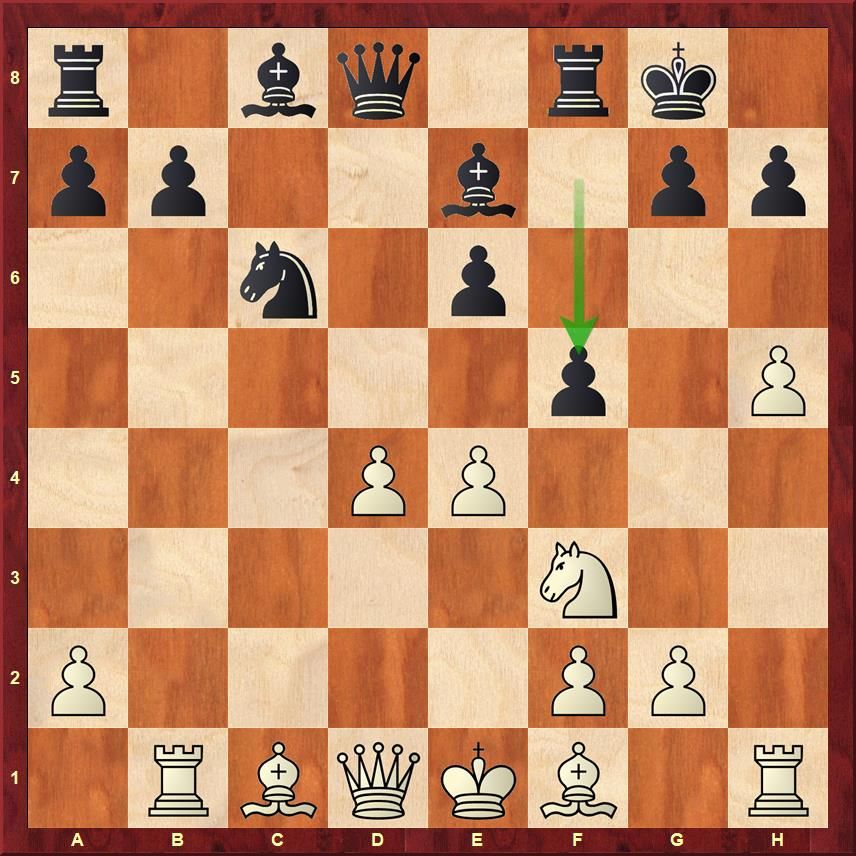 Kramnik's reaction with ...f5 is that of a man who wants to fight, and fight hard! 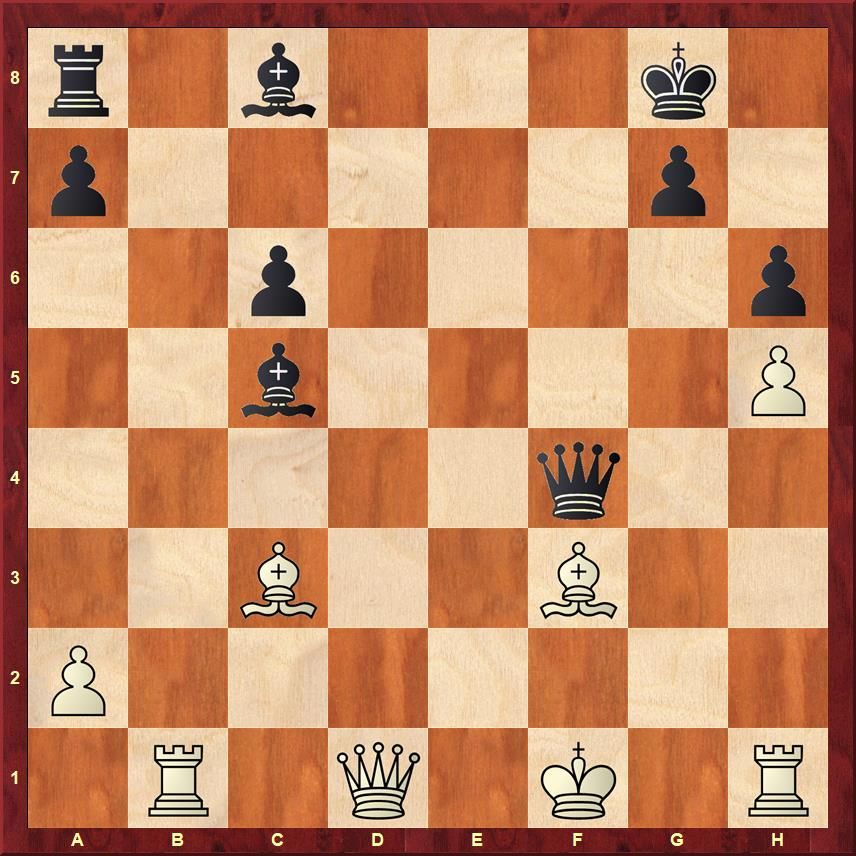 Kramnik went all in with his attack and sacrificed his rook. This is a critical position of the entire game. The question is how should White defend. Because Black has many threats. the main one being Qg3 and also Ba6+ 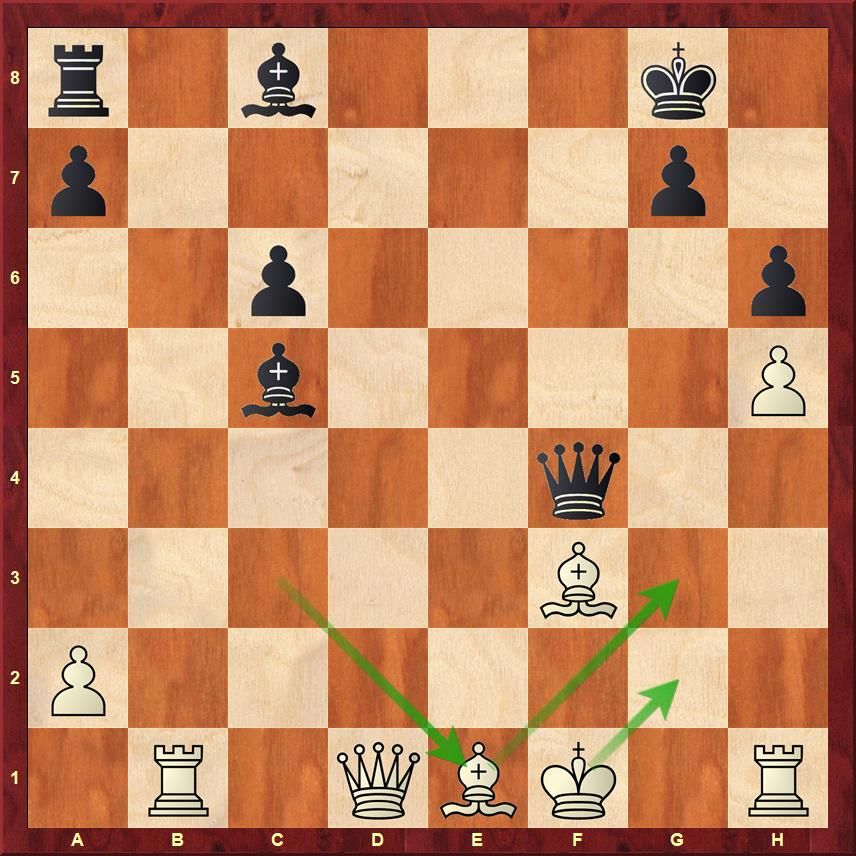 The minister of defence found the move Be1! The idea of this move is to play Kg2 to and then block all counterplay with Bg3. After this move it was difficult for Kramnik to prove anything. 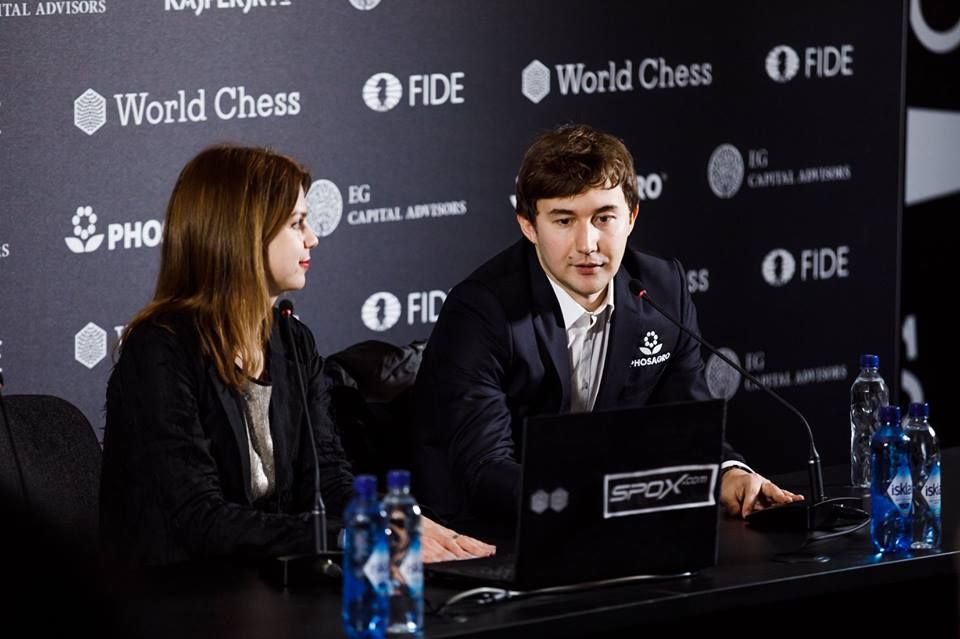 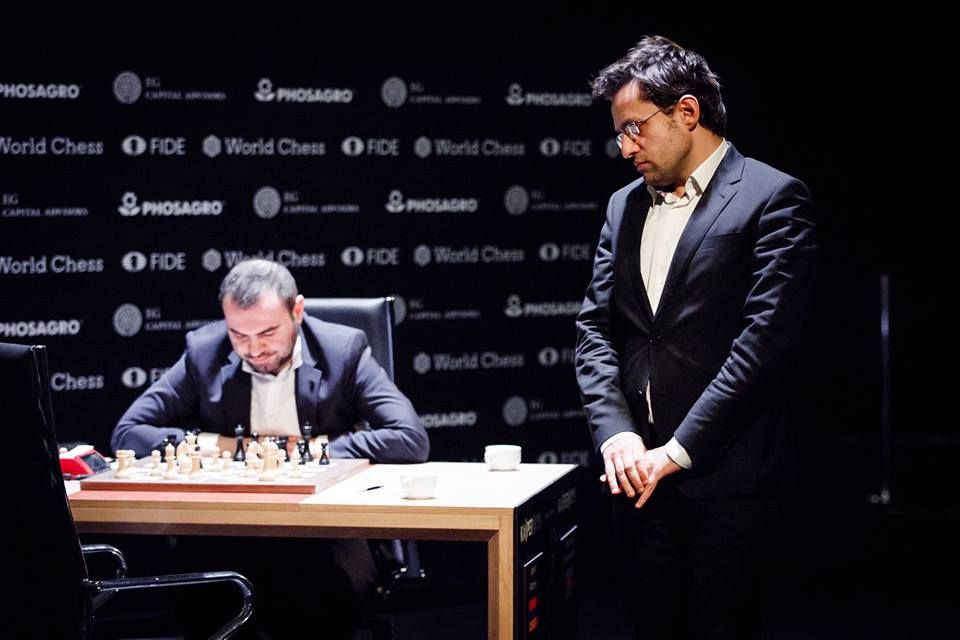 Aronian could not breakthrough the defences of Mamedyarov. The game ended in a draw | Photo: World Chess 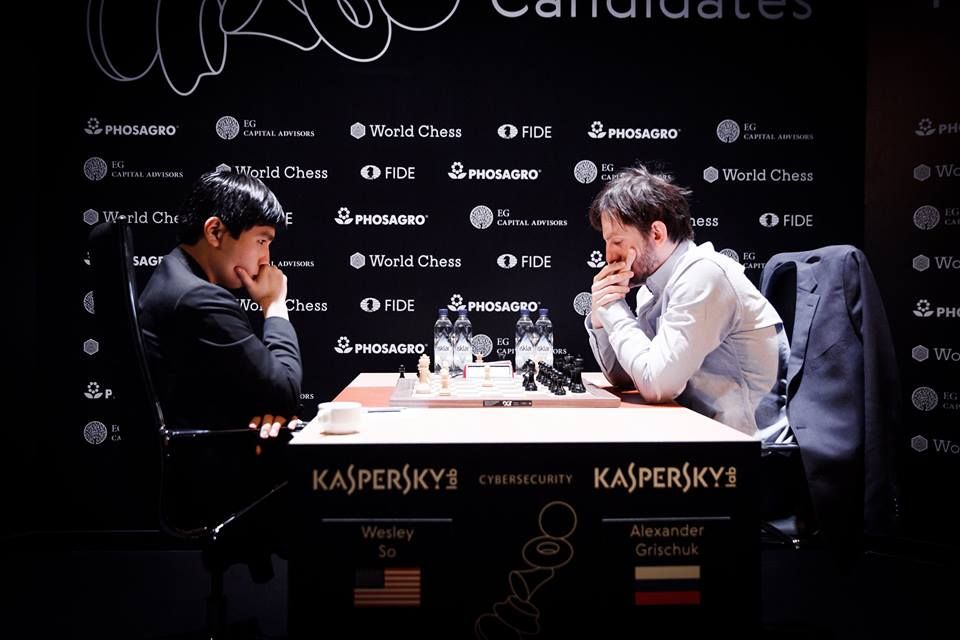 Wesley So and Alexander Grischuk also ended in the players splitting the point | Photo: World Chess 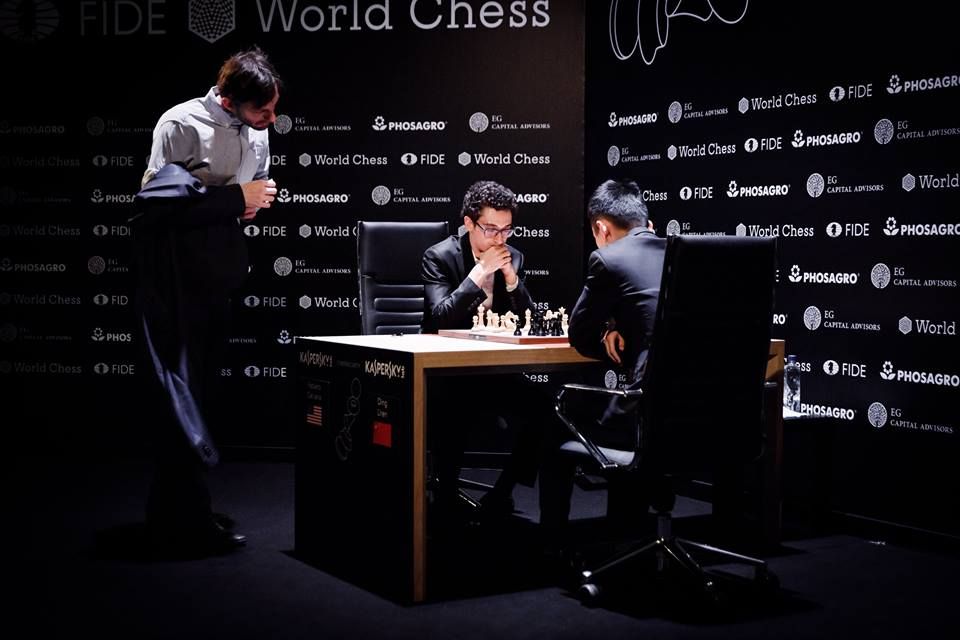 Caruana was tantalizingly close to winning against Ding Liren but had to settle for the draw after the Chinese player defended tenaciously | Photo: World Chess
Press conference between Caruana and Ding Liren
Daniel King analyzes Caruana vs Ding Liren