We all love upsets! That too when a young boy beats a seasoned grandmaster. Souhardo Basak beat GM Adam Tukhaev in the first round of Bhopal International Grandmaster event 2017. Souhardo, a shy 10-year-old from Kolkata rated just 1733 played a fine game to get the better of the Ukrainian GM who has won many big events in the past. Indian chess is blessed that it has four extremely strong tournaments lined up one after the other starting with Bhopal. It's a great exposure for our youngsters. Souhardo proved it in the first round. After beating a 2575 rated GM your confidence is propelled to an altogether different level!

On our 365 day trip, the next stop after the World Youth 2017 in Ahmedabad was Bhopal. We arrived at 8.30 in the morning by Somnath-Jabalpur express. | Photo: Dharmendra Kumar

The presence of these two men ensures that your tournament is taken to the next level. Anandh Babu (left) the man who makes sure that you can watch the games live and Dharmendra Kumar (right) chief arbiter of the event. 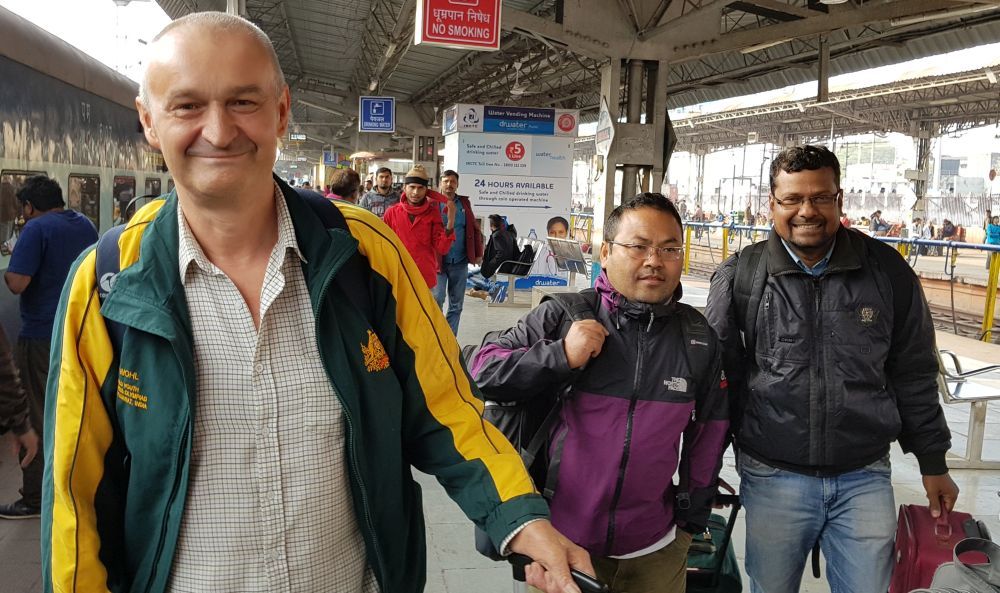 From the station in order to go to our hotel we booked a cab. As there were seven of us, we needed two cabs. I open my Ola cab app and booked one. Alex Wohl decided to book the other one through his tablet that had an Indian sim card. He used the Uber app. I told him that in India at some places the frequency of Ola cabs is better than Uber. To which he replied, "It doesn't matter. I always book Uber because I work for Uber!" When Alex goes for work in Australia he turns his car into an Uber cab so that people can join him and he earns some money, at the same time helps to keep the planet green!

Bhopal is well known for its delicious food and we got a glimpse of it right at the station.

The Shravan Kanta Palace premises where the tournament is being held. The place from where the picture is being taken is the tournament hall and on the left is the building where all the invited players have been given accommodation.

The rooms are basic and decent

The tournament hall getting ready one day prior to the event. This is the main hall that will be used by top 77 boards. 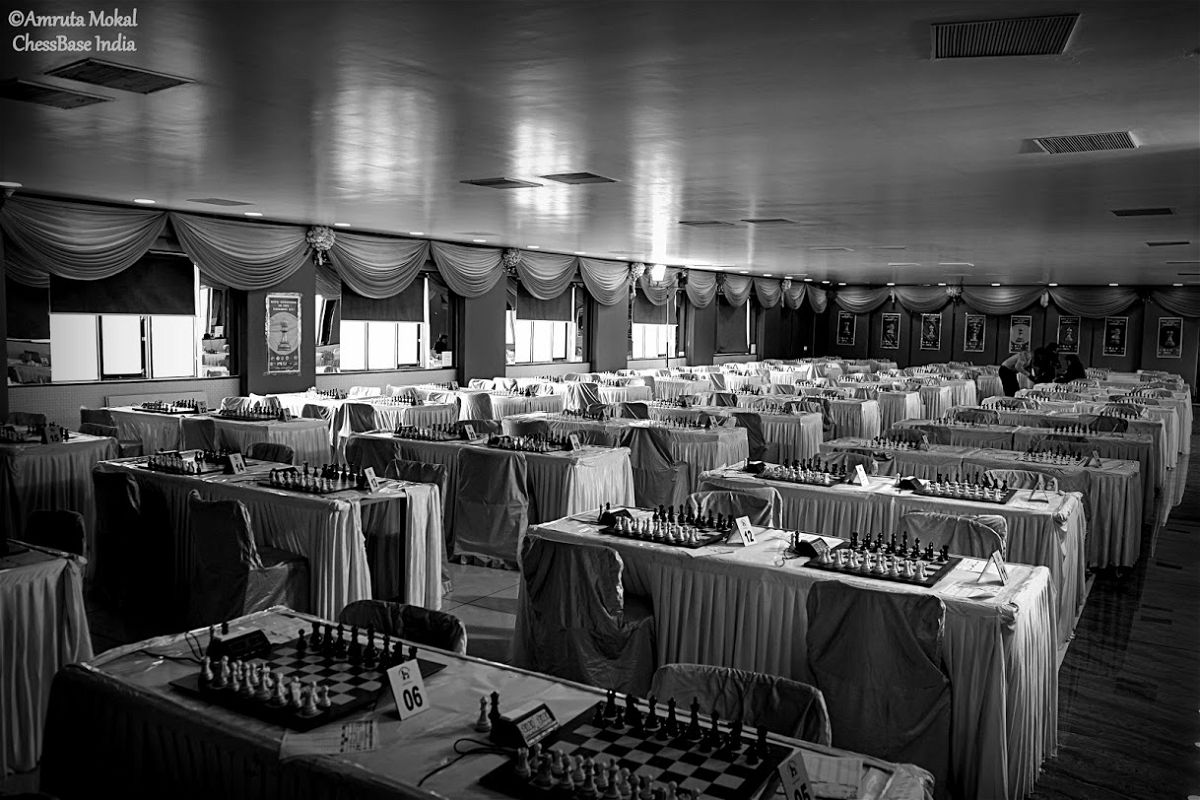 It certainly looks better when you add chess boards in it and get Amruta to take a picture! | Photo: Amruta Mokal

Wohl, Atalik and Lama enjoying Indian food in Sagar cafe which is a five minute walk from the playing hall

Chess in Madhya Pradesh is improving. It is clear from the organization of this event. The first four editions of the Bhopal Open had the prize money of four lakh rupees. This year they have made it into a grandmaster norm event with a prize pool of Rs. 10,00,000. The credit to it definitely goes to Mr. Kapil Saxena, Secretary of Madhya Pradesh Chess Association and his team. Although MP has only one IM till date - Akshat Khamparia, the presence of such events is sure to boost the chess culture in the state and city of Bhopal. 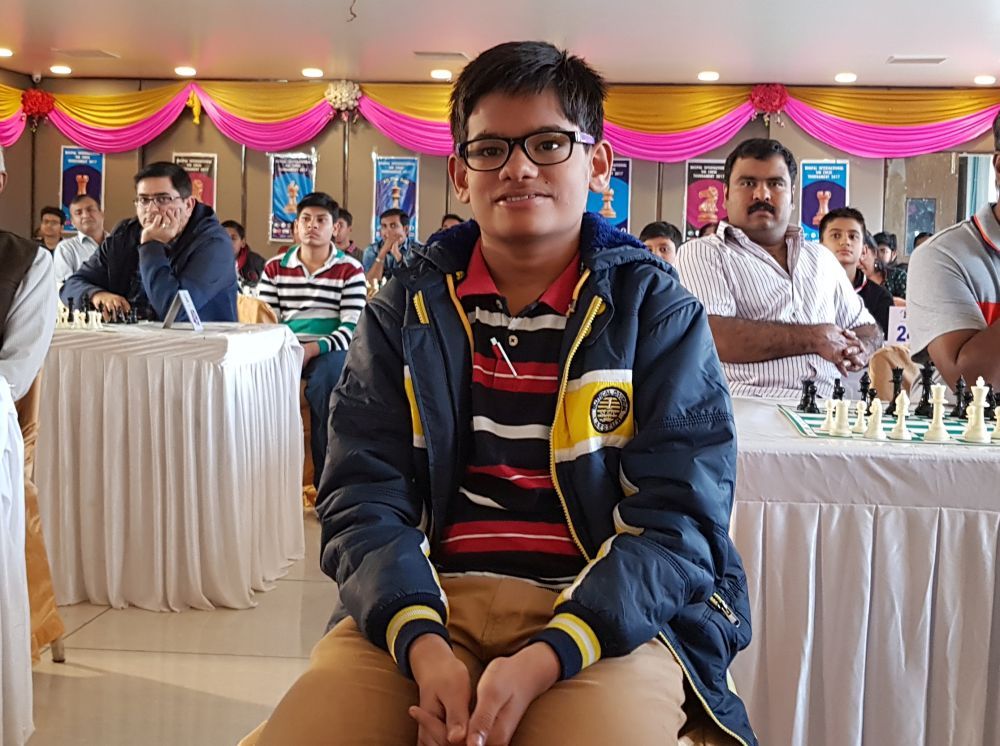 Anuj Shivratri, 13 years old, rated 2149 is the biggest hope from the state. He recently finished third at the under-13 nationals.
Half an hour live chess show at the Bansal studio involving yours truly, Kapil Saxena and Bhagyashree Thipsay

The dignitaries on the dais at the opening ceremony 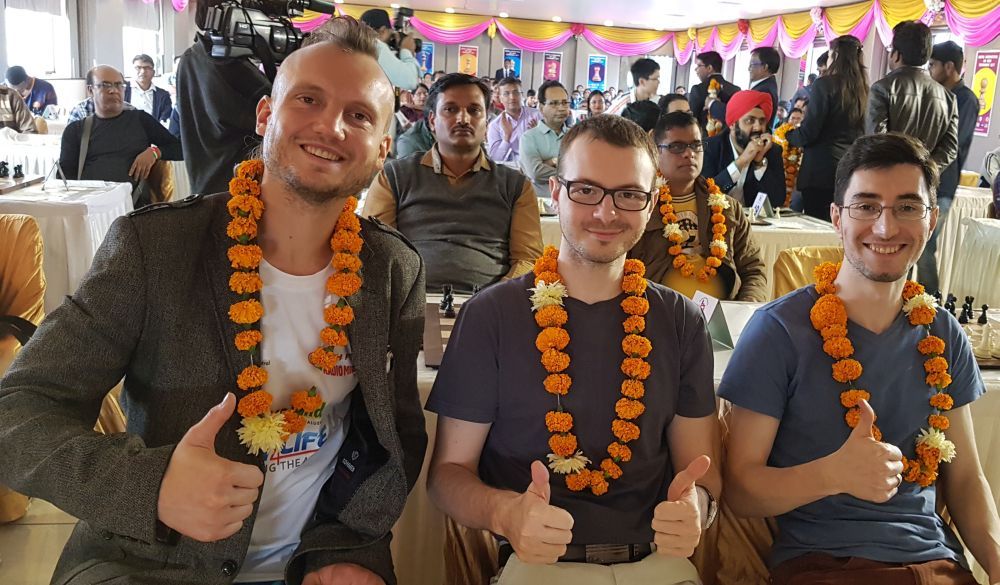 The top three seeds at the event (from left to right): Timur Gareyev, Ivan Rozum and Adam Tukhaev felicitated at the opening ceremony with a garland 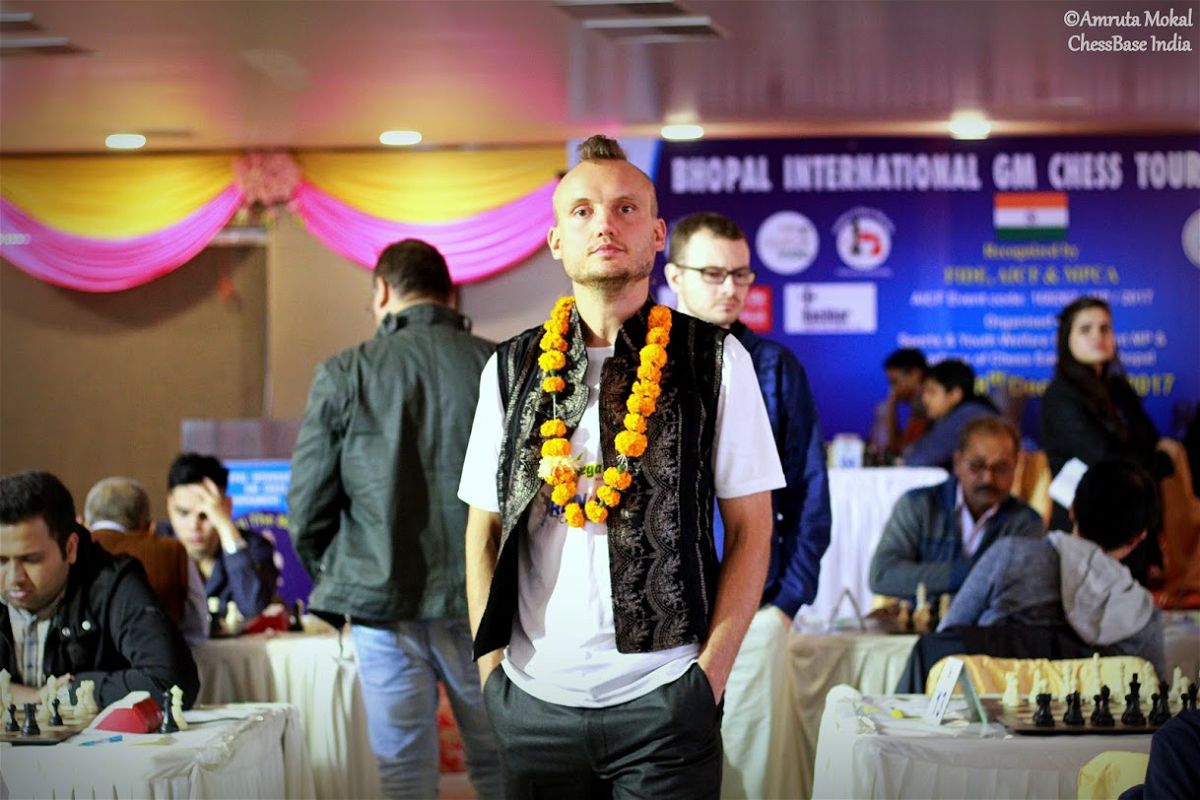 While the other two removed it, Timur Gareyev kept it on! | Photo: Amruta Mokal

Better known as the blindfold king, Timur Gareyev is one of the most colourful personalities in the world of chess. His presence makes the tournament extremely exciting. "I am going to try out my favourite opening here - the Trompwsky!", says Timur. But aren't you afraid that opponents are going to come prepared? "Well in general I think people are lazy and don't work so hard. I am just going to use my experience on the board!" Having Timur in these four Indian events makes it exciting as the guy is colourful and full of advice to the youngsters who would like to improve their games. Check out his interview:

Timur Gareyev speaks about his first round game, his earlier visits to India, blindfold abilities and how he describes himself in one word 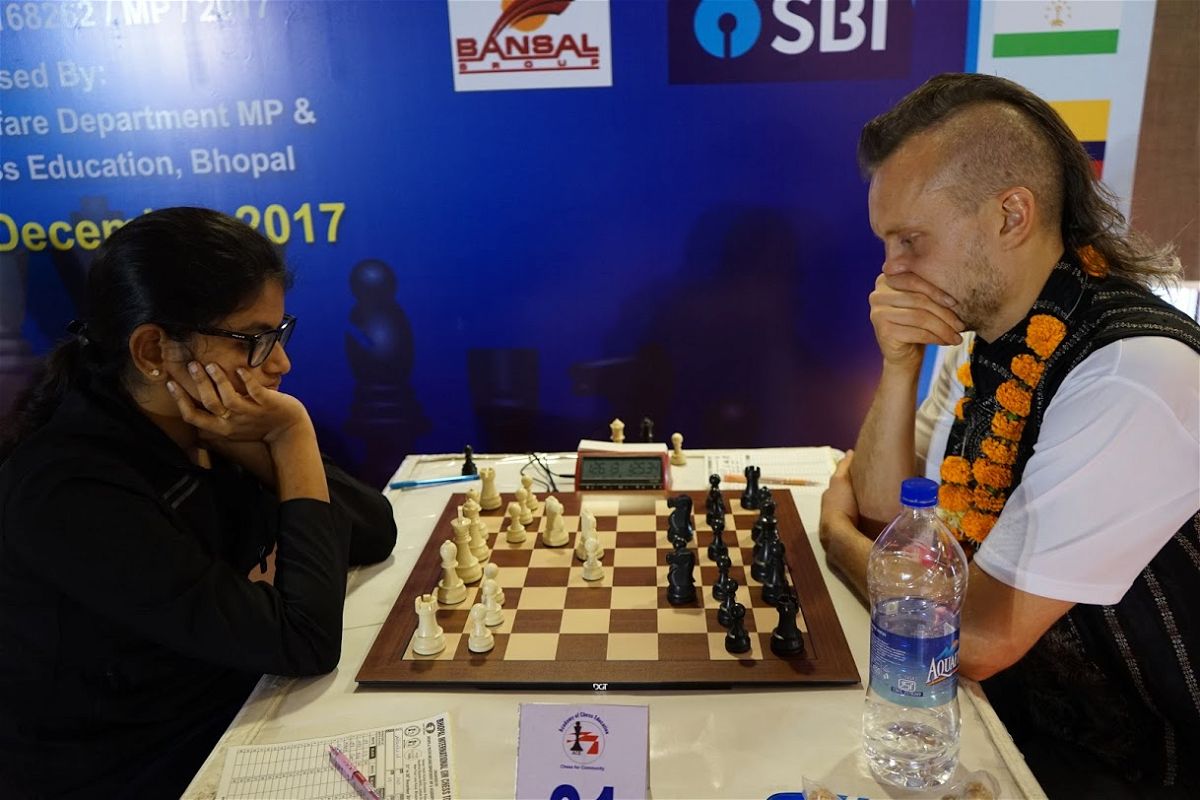 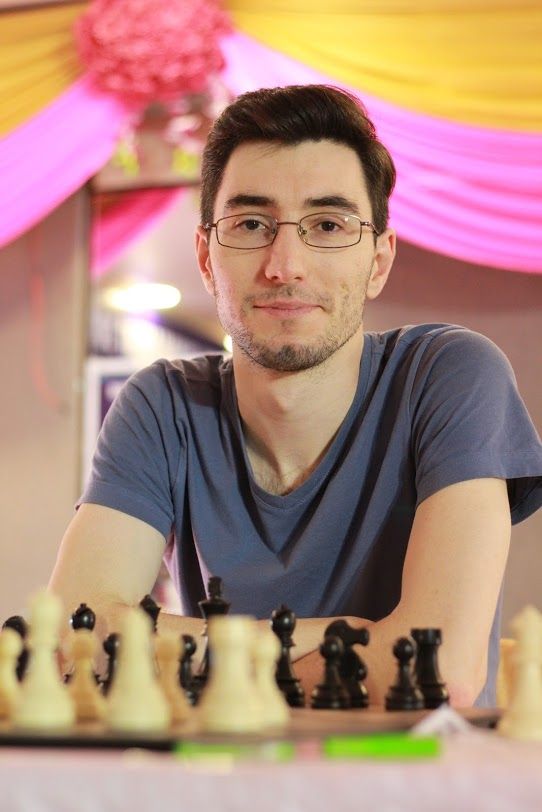 Adam Tukhaev is one of the strongest contenders for the first prize at the Bhopal international 2017. However, his dreams suffered quite a big setback when he lost his first round to a player rated 850 points below him! | Photo: Amruta Mokal 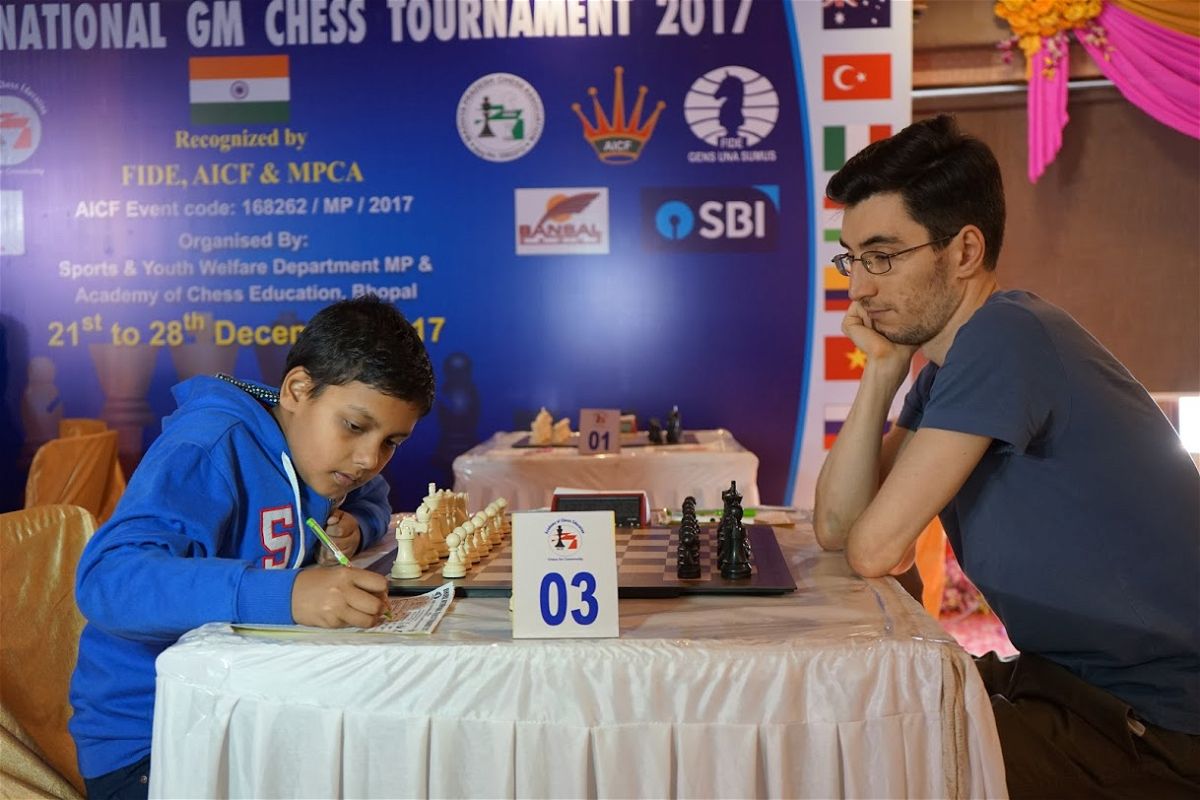 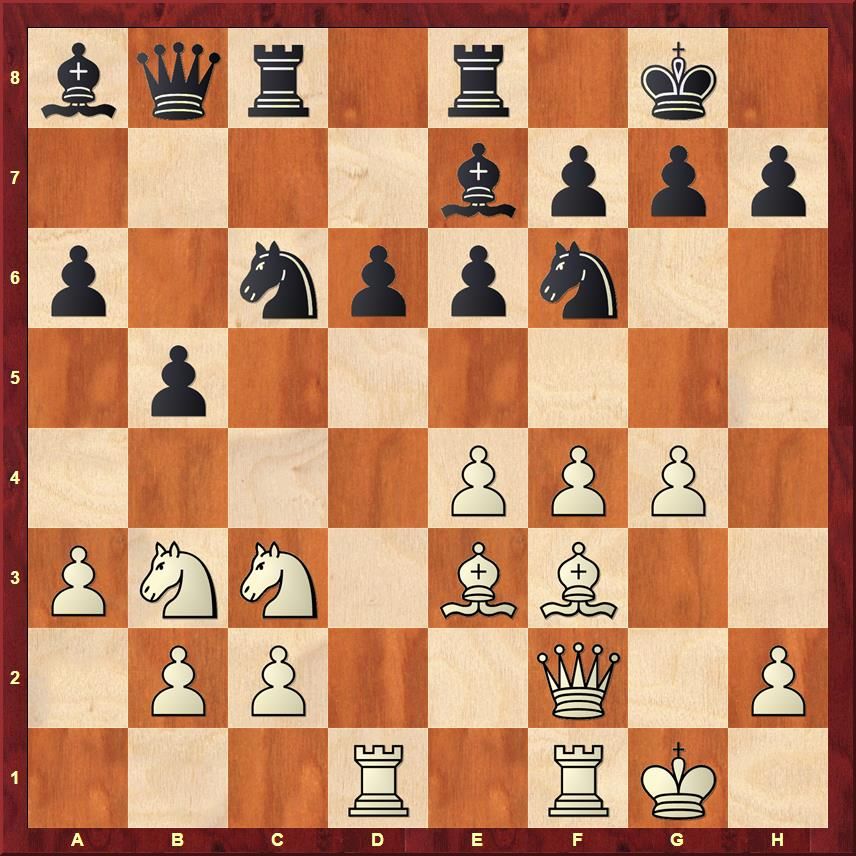 The refreshing part was to see how aggressively Souhardo played. He threw his pawns at his opponents king and didn't really care about his own king! 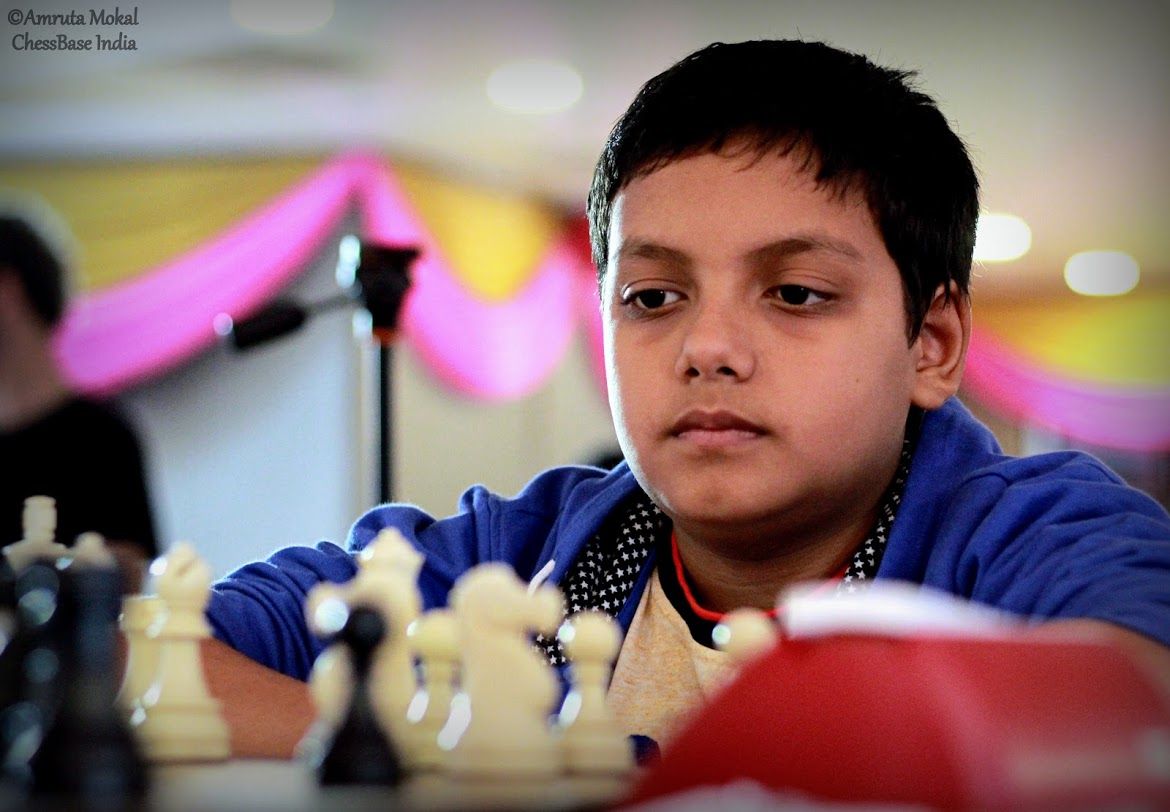 Give it up for Souhardo Basak who believed in himself that he could beat a 2575 rated grandmaster! | Photo: Amruta Mokal

I was unable to meet Souhardo after the game ended and hence couldn't interview him on his fantastic feat, but I am sure I will get the opportunity to speak with him in the rounds to come. 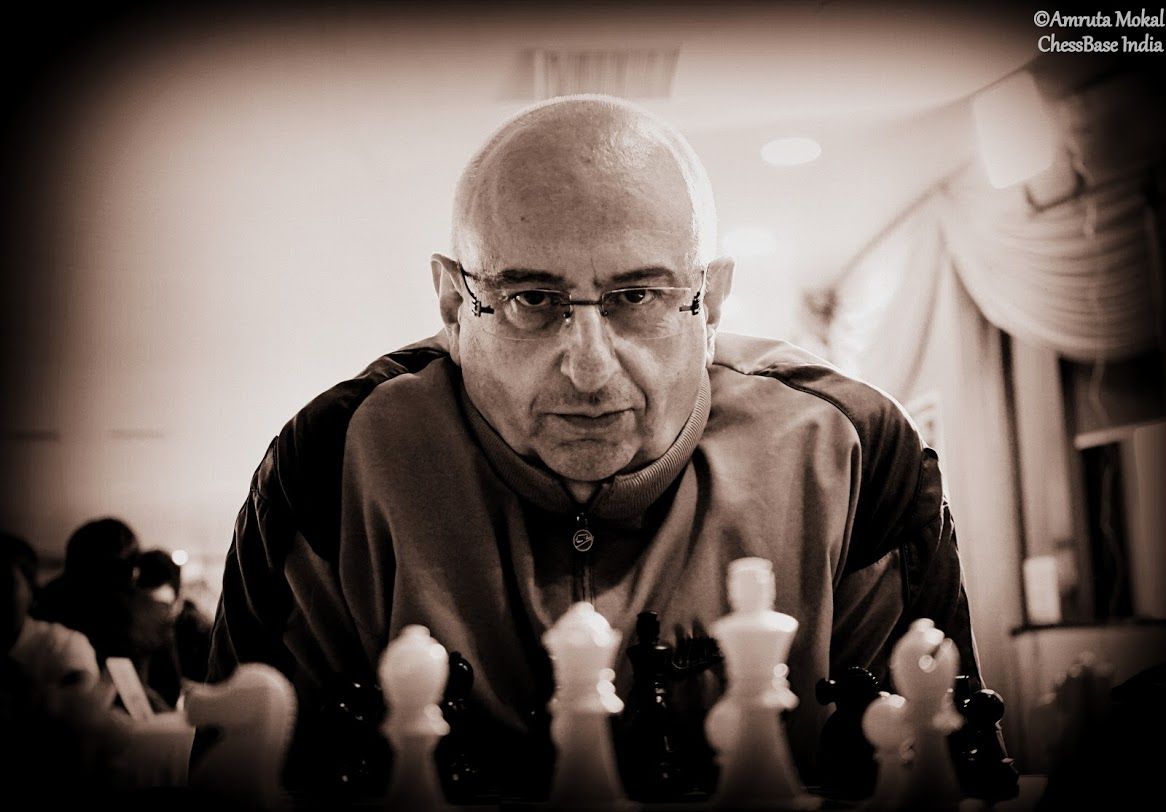 Suat Atalik, the famous Turkish GM, and a great annotator for ChessBase Magazine, is here in India for the first time. He won his first round without too many difficulties. | Photo: Amruta Mokal
Suat Atalik: "I have never lost an Indian player!" 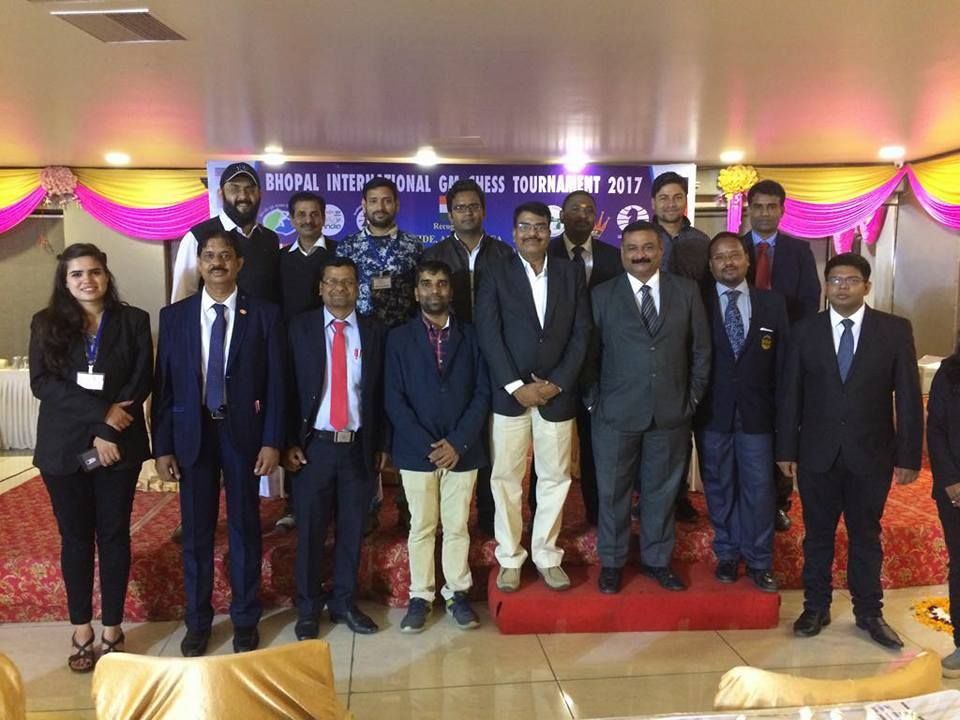 Usually the start of first round is delayed because of many last minute issues. But at the Bhopal International Dharmendra Kumar and his team did a commendable job of starting the round at sharp 4 p.m. These little things help us to believe that the chess scene is changing for the better in a big way in our country! | Photo: Vikas Bharti Sahu 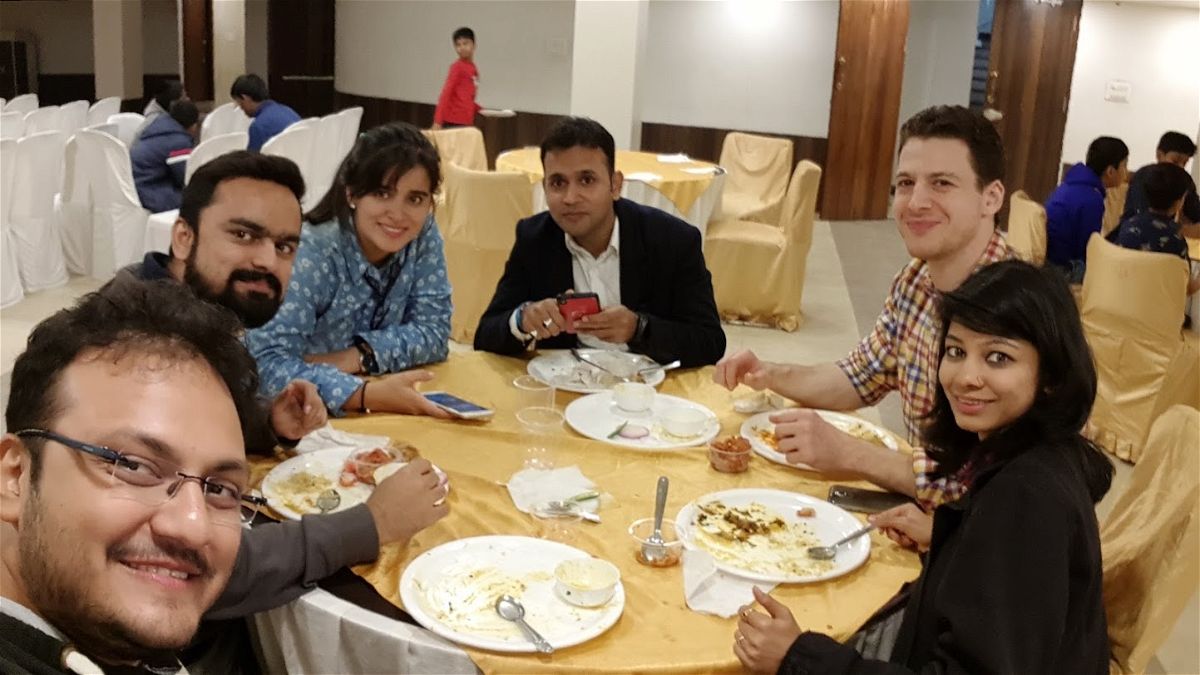 Different people from different countries, different cultures make it a nice and enjoyable meal at the dinner table! The ChessBase India team consisting of me, Atul, Niklesh and Amruta with David Bennett (USA) and Angela Franco (Columbia).

Two young prodigies are playing at this event. One is Gukesh (about whom I covered extensively in the under-11 nationals), and the other is Aditya Mittal. Aditya is just 11 years old and already has a rating of 2288. He is trained by TJ Suresh Kumar and is an excellent singer as well. Get to know the next big thing in Indian chess - Aditya Mittal.

A short chat with Aditya Mittal

Results for round one:

Pairings for round two

Submit your game to ChessBase India:

There are 320 players at the tournament. Each round 160 games would be played. It is humanly impossible for me to cover all of these games. If you think that you have played a fine game, or there is a nice point from which others can learn, do send us your game at chessbaseindia@gmail.com

You can send it annotated, or without any notes. It could just be light analysis. Whatever it is make sure that you send it to us and we will ensure that your game, if it is worthy, is shown to the world!

Replay games from round 1