The Aavhan 2018 is one of the finest rapid tournaments in India. Its latest event ended with a bang, with the winner of the tournament as WIM Bhagyashree Thipsay, scoring 8 points out of 9, with no losses. Even at her age, while rapid not being her forte, and pitted against Mumbai's seasoned Rapid players, it is truly a success story. A detailed report of the Rapid and Blitz event by Avathanshu Bhat.

This year’s much awaited rapid, Aavhan 2018 was a memorable event that took place in IITB. Aavhan 2018 is an annual sports event. "Aavhan, IIT Bombay's premiere sports festival, is to call all those who live, dream and breathe sports," is what Aavhan boasts of! Table Tennis, cricket, athletics and swimming are only a fraction of the others competitive events. The Aavhan Chess Rapid 2018 took place in the new gymkhana. A total of 208 players participated, with mostly everyone proving to be difficult and challenging competitors. 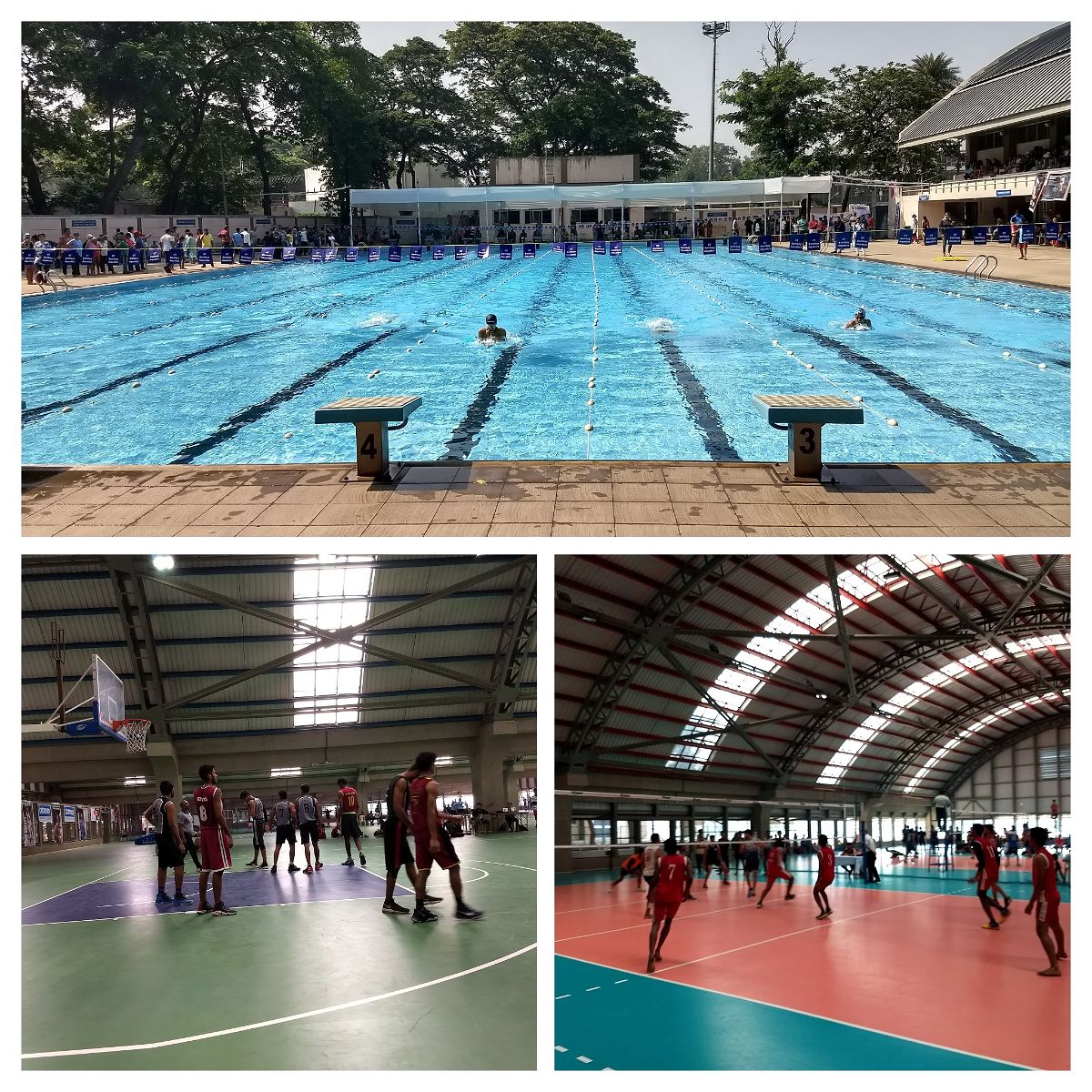 The state of the art sporting facilities in IIT-B| Photo: Supriya Bhat

The top 5 seeds in rapid were IM Sharad Tilak S, WIM Bhagyashree Sathe Thipsay, Amardeep S. Bartakke, Aryan Polakhare and WIM Anupama Gokhale. The battles over the board were fierce. 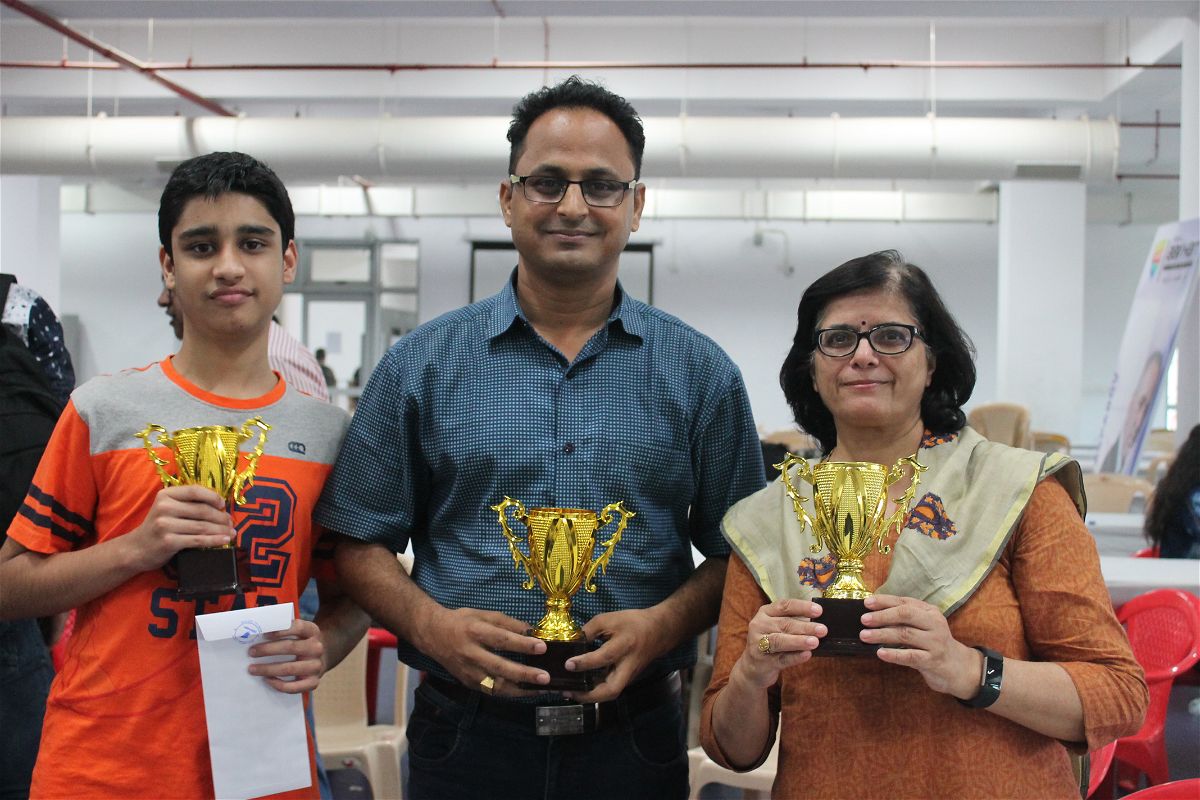 Bhagyashree Thipsay winning the rapid ahead of seasoned rapid players was quite astonishing. Amardeep's second position was well deserved, but at the same time we expected it as Amardeep is an excellent rapid player. Youngster Aryan Polakhare finished much ahead of his initial seeding.| Photo: Supriya Bhat 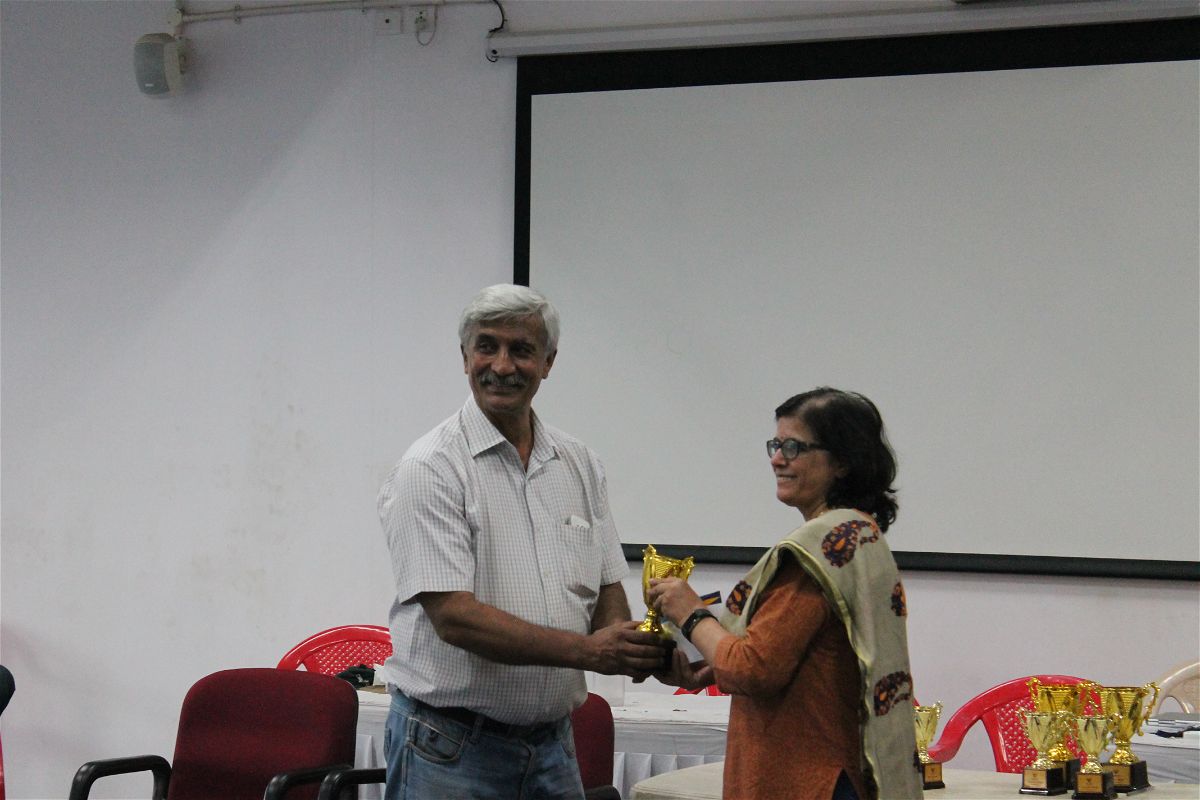 The winner of the tournament was WIM Bhagyashree Sathe Thipsay. With a score of 8 points out of 9, she played some fine chess over the board, without losing to any player. It is commendable even at her age how well she played this tournament. Considering she is an expert at Classical and rapid chess is not really her forte, it is truly something great which Bhagyashree has accomplished. Here is her game against Krishnater Kushager, a strong opponent, where she won.

was the Asian Champion in 1991

has won the Arjuna award as well as the Padma Shri 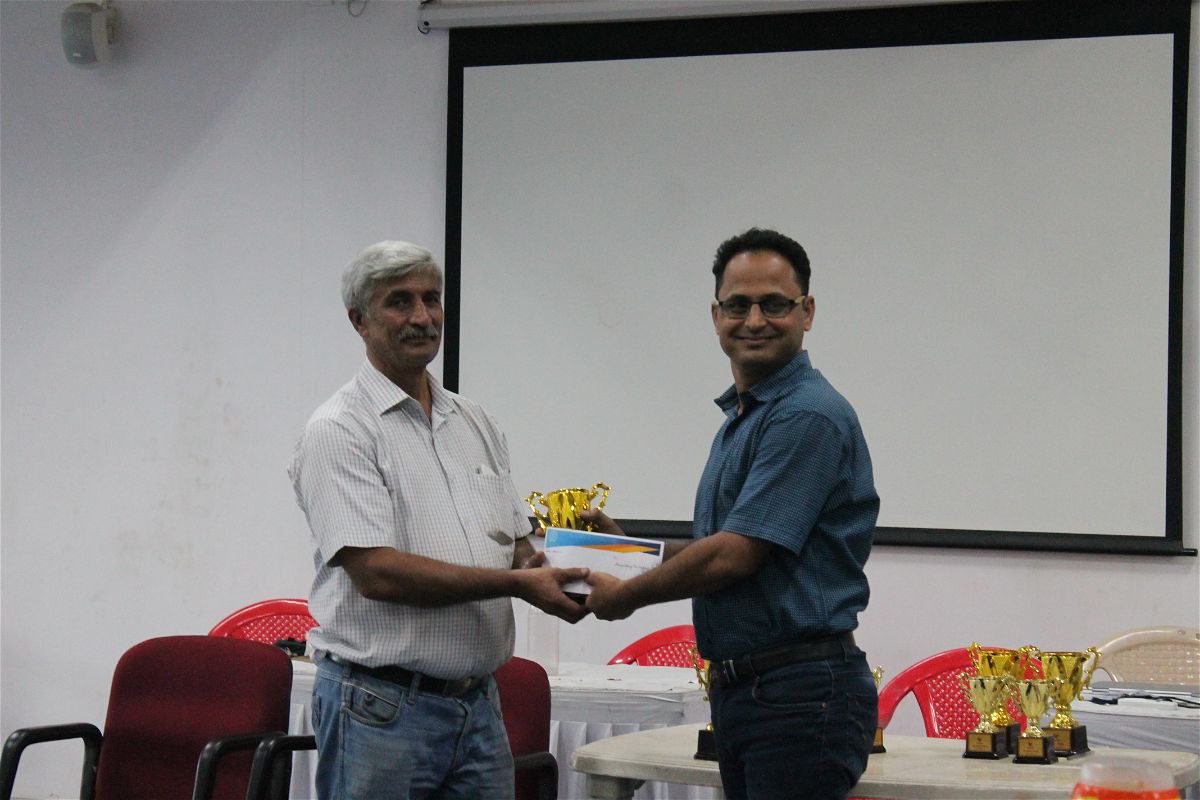 The runner-up was Amardeep S. Bartakke, also on 8 points out of 9, missing the first place to Bhagyashree on Buchholz. The ever-smiling and cheerful man who attends every rapid tournament, Amardeep S Bartakke performed just as well as he always does, this time by finishing second. He played a wonderful game against young Aryan Polakhare in the 7th round, which ended in a draw. Do have a look at it below! 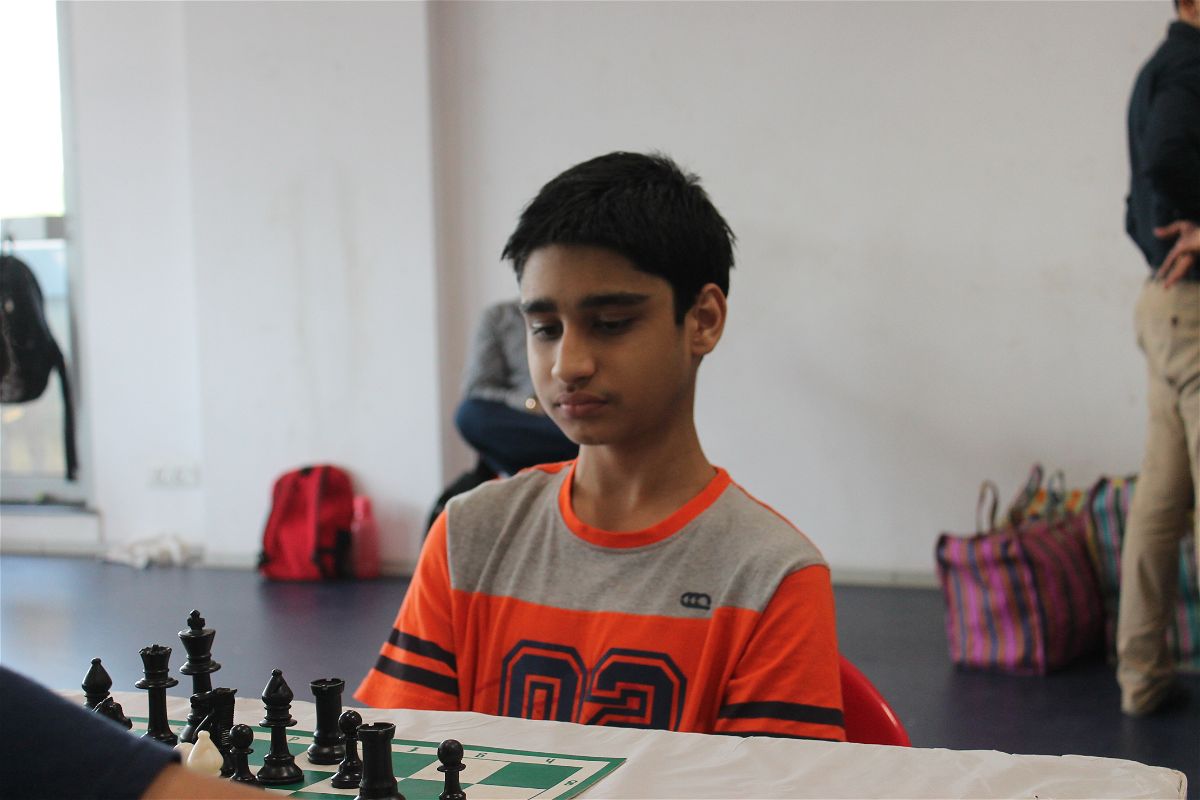 The third place went to none other than fourth-seeder Aryan Polakhare. As we have seen above, he tried his best to secure a higher place but was unable to do so, with his draw against Amardeep, and loss to Bhagyashree. He managed to win the third place with 7.5 on 9.

Although Aryan couldn't finish first here, he showed his skill in a recent incident. A few weeks ago, Aryan was casually playing games online, when he suddenly got paired against none other than the great Adhiban. Below is his game against the master, where he went ahead to win the game. His speed and deep thinking is really something to admire! 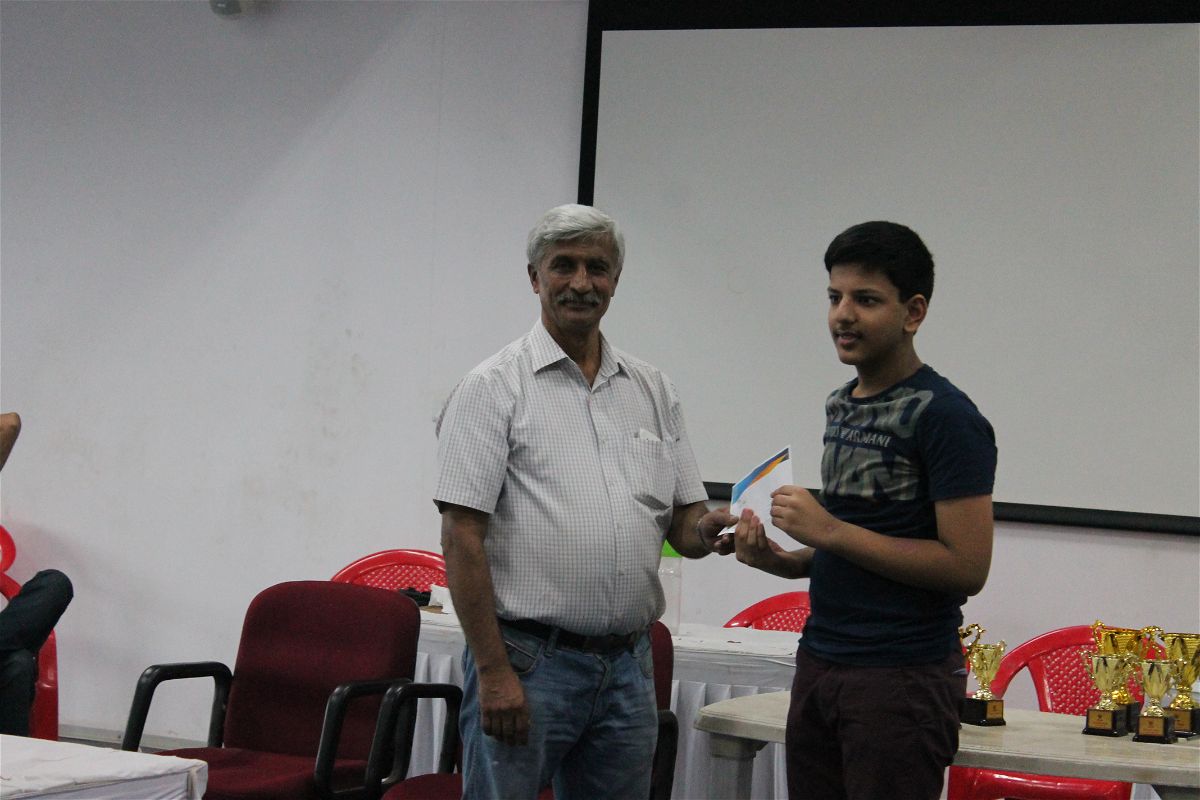 A blitz event also took place after the main event, with Rakesh Kulkarni as the top seed. However, anything can happen in blitz. With this in mind, the 15th seeder Om Kharola boosted ahead and took the first prize by storm, a full point ahead to spare! 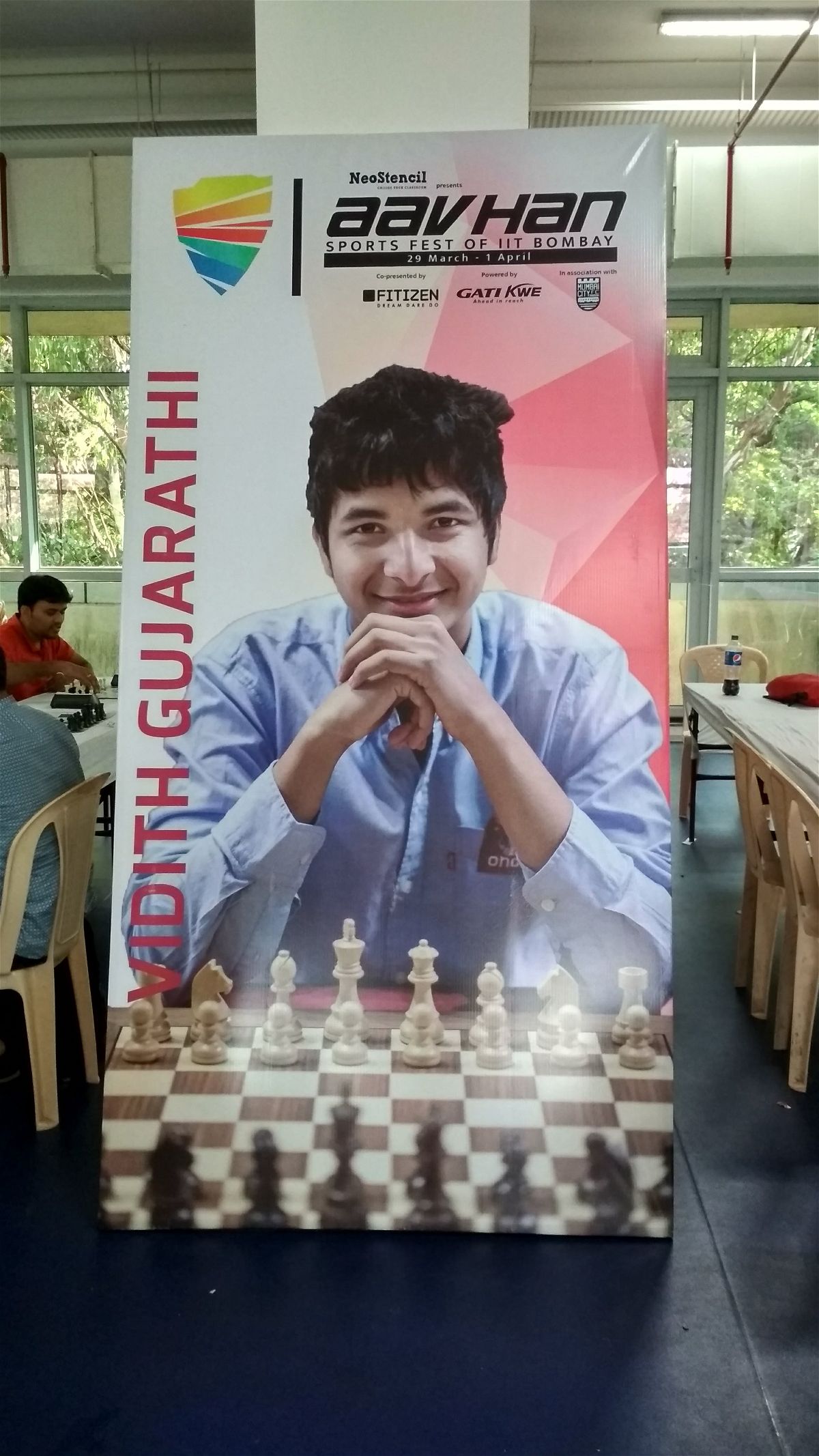 A board of Vidit placed in the hall. It is possible that this motivated the players to play their best! Have you checked Vidit's website. Do have a look! There is some good stuff in there: https://viditgujrathi.com/ 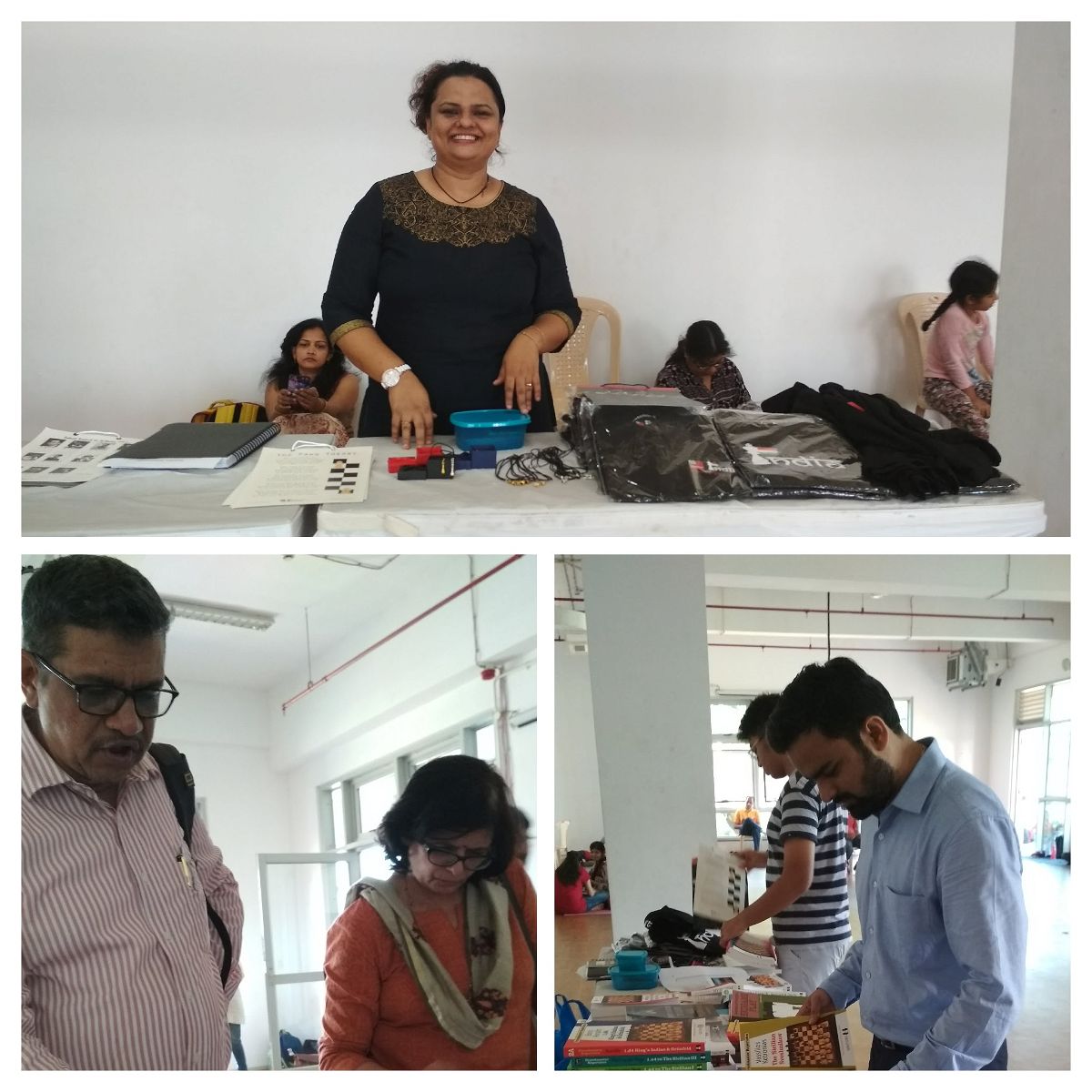 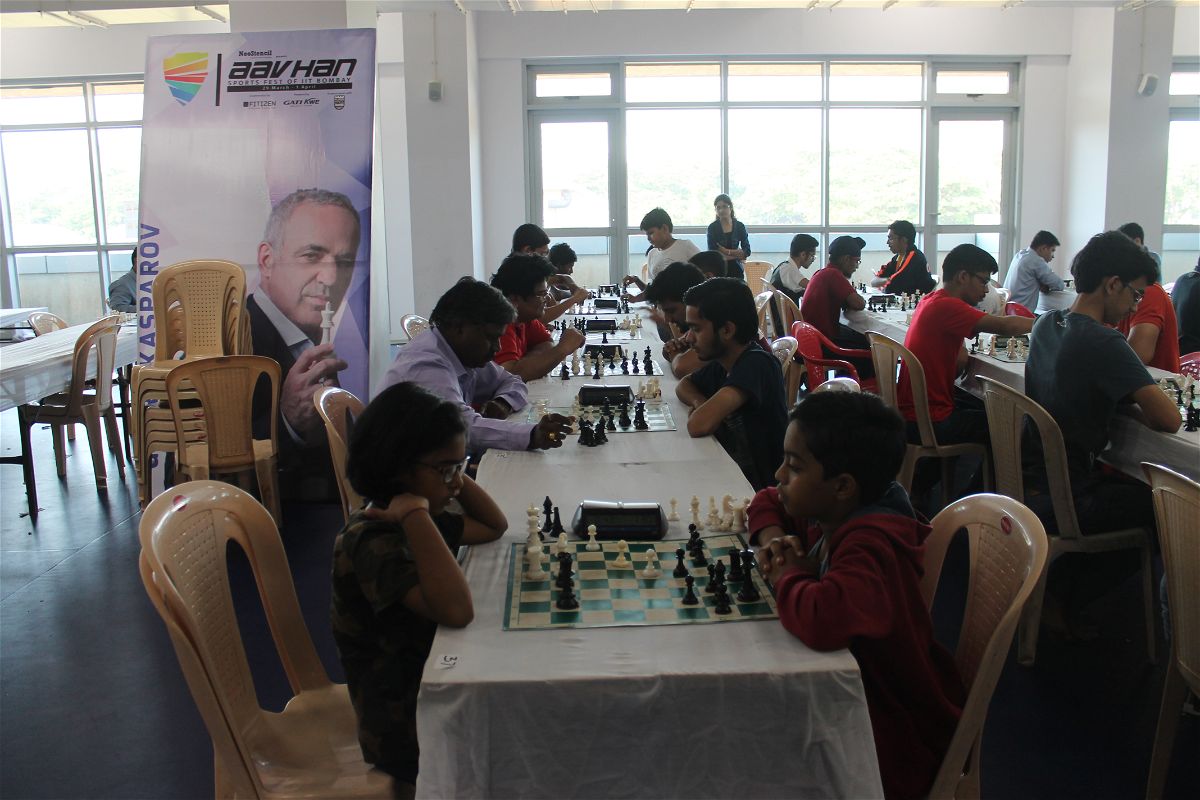 And this is where the competitors fought it out!| Photo: Atul Dahale

Overall, The Aavhan 2018 was a great success. The organizer Amogha HA and his team of students from IITB truly did a great job handling the event. We hope that Aavhan continues to happen with the same energy and vigour shown by the staff!

Why do you love chess?

We asked people at the Aavhan 2018 as to why they love chess. This is what they had to say. If you too love chess, then do share your reason in the comments section below. 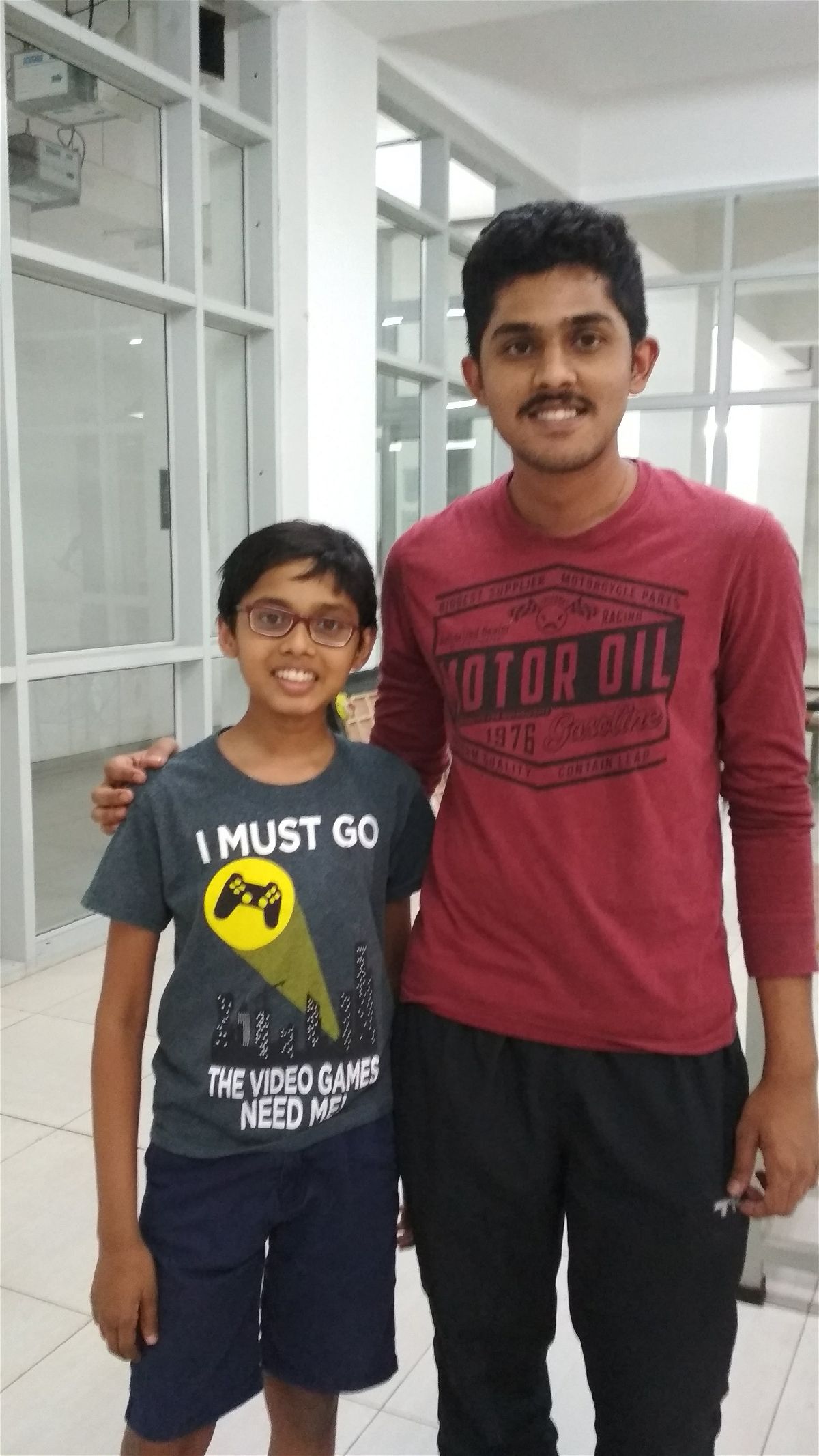 The organizer of the event Amogha (right) with the author of these lines, Avathanshu Bhat