17-year-old Avinash Ramesh started the year 2021 with a rating 1933. After his tenth standard board exams got over, he devoted 10-12 hours per day on chess which instilled belief in his parents to take him for tournaments in Italy, Serbia and Hungary. After scoring his first IM-norm and crossing 2400, he was struck with the deadly COVID-19 virus. He recovered from it and scored the remaining two IM-norms in two consecutive events in just 20 days. Avinash's willpower and dedication for chess allowed him to make a fierce comeback and become India's latest International Master on 23rd December 2021. Check out Avinash's not-so-easy road towards IM title with inputs from his mother Vijayalakshmi Ramesh.

Avinash Ramesh got his first rating 1390 in August 2015. He raised his rating to 1933 in February 2020 before the Covid-19 pandemic struck. He is good in academics also as he scored 92% in tenth standard CBSE board examinations, just by studying in the last two months before the examinations. He played tournaments till January 2020. Once his board examinations got over in March 2020, his parents decided to take him to tournaments, unfortunately there were no tournaments in India due to the COVID-19 pandemic. He started working 10-12 hours per day to improve his strength. 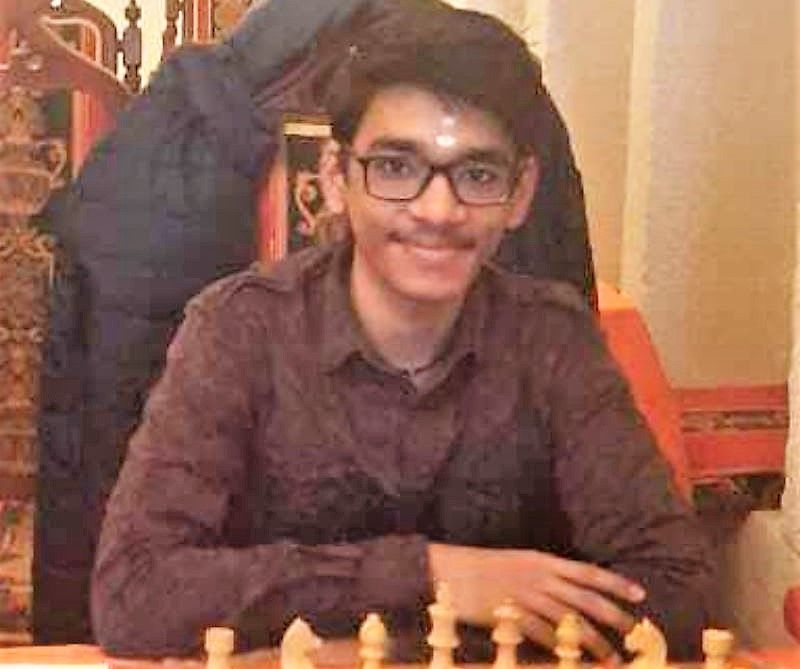 Avinash's passion towards chess made his parents decide in April 2021 to take him to international tournaments. He increased his rating from 1933 to 2201 in just three events in Serbia. He missed his first IM-norm narrowly at First Saturday August IM in Budapest, Hungary. 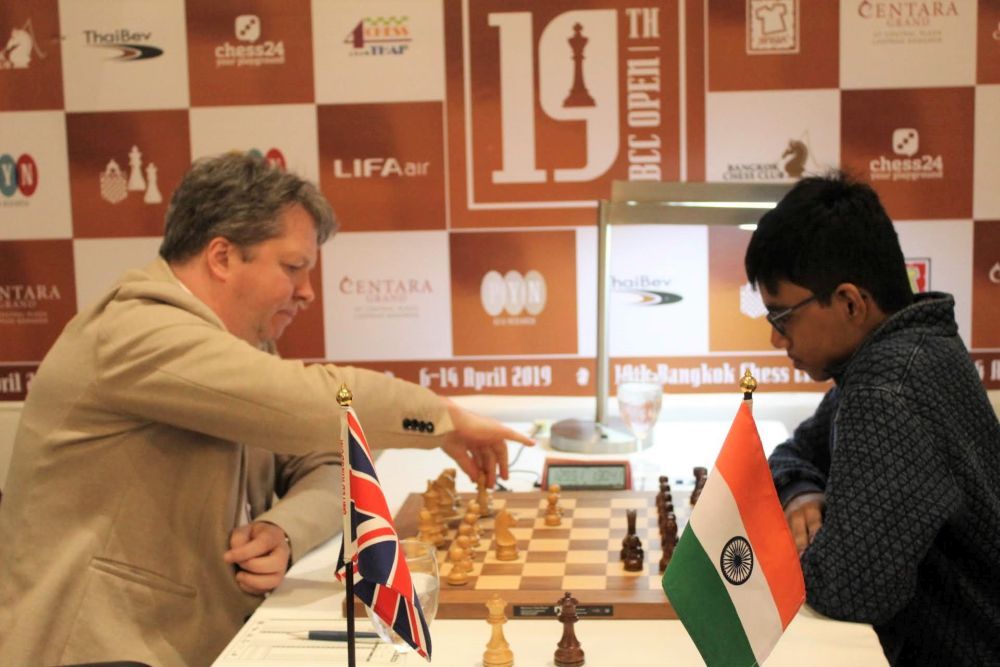 Avinash faced the legendary Nigel Short in the first round of 19th BCC Open in Bangkok, Thailand in April 2019 | Photo: Shahid Ahmed

Avinash scored his first IM-norm with a round to spare at XXIII Festival International "Città di Trieste" in the first week of September 2021 in Italy. He also achieved his career high rating of 2424. Despite starting with only 1.5/3, he made a good recovery and finished with a score of 6.5/9, performed 2467, including wins over GM Mladen Palac (CRO) and GM Stelios Halkias (GRE), drew with GM Sabino Brunello (ITA) and IM Peter Schreiner (AUT). He gained 105.2 Elo rating points. 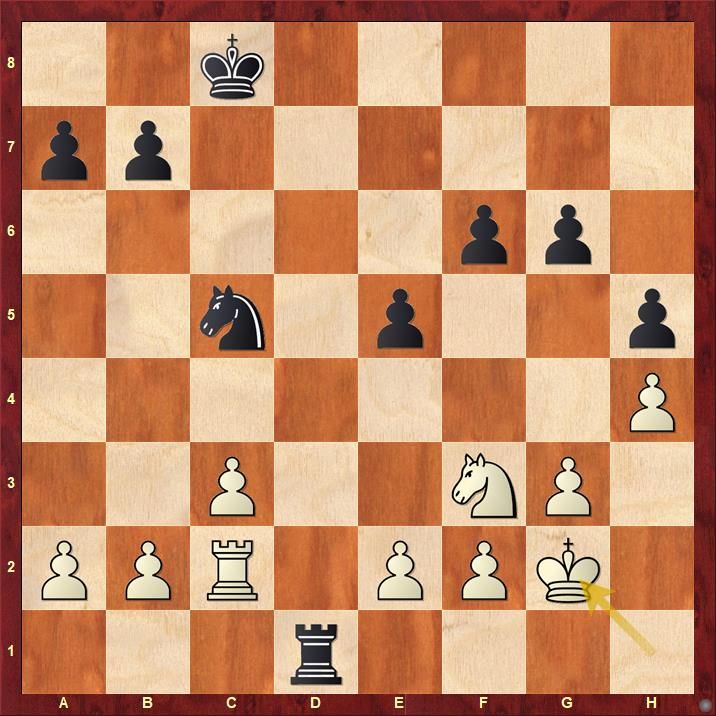 In a completely equal position, White has made a huge mistake 23.Kg2. Find out the winning continuation for Black. 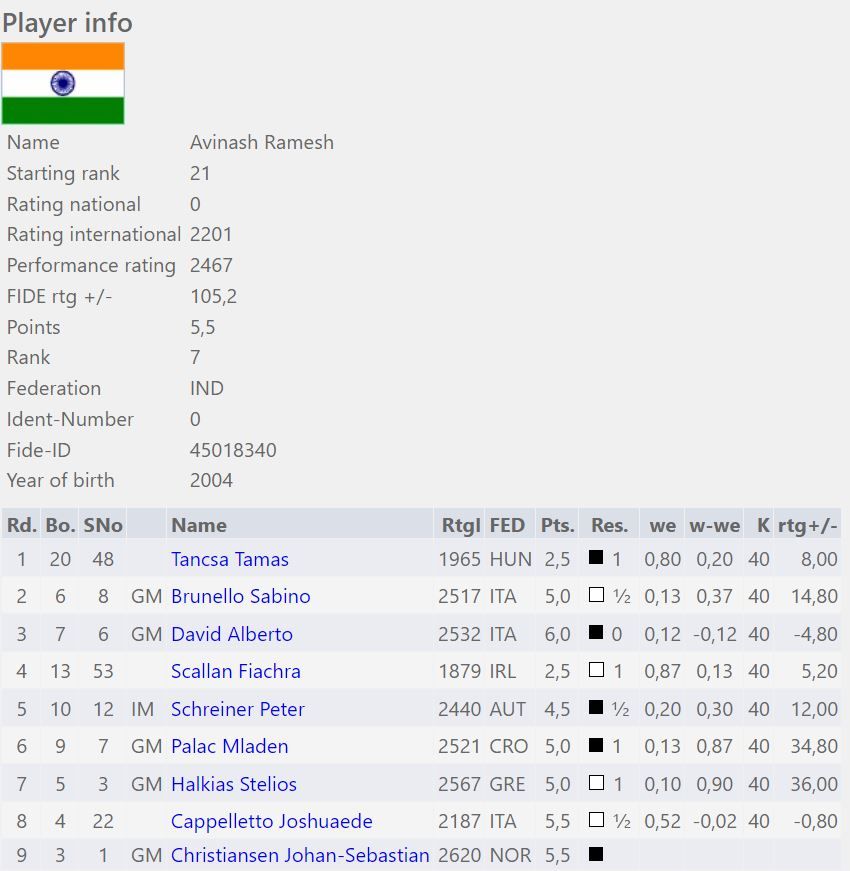 Things have a tendency to not go according to the plan. There is always a risk of contracting the virus while playing tournaments during a pandemic. Avinash's mother Vijayalakshmi Ramesh writes - In the month of October, we decided to participate in Serbia and Hungary. After completing two tournaments in Serbia, while on the way to Budapest, Hungary, my son was tested COVID positive in Belgrade Airport, as some players in the tournament were affected with COVID. We were quarantined for 15 days near Belgrade Airport. As a mother, I faced a lot of challenges to overcome this critical situation. We nearly lost a huge amount of money in this period, as our accommodation for the upcoming tournaments made through airbnb was non-refundable. His self-belief and confidence made him to recover quickly. After quarantine and treatment, he tested COVID negative and travelled to Budapest. His willpower and dedication towards chess made him to continue his chess tournaments after recovering from COVID.

A little over four months later, Avinash scored his second IM-norm at First Saturday GM December 2021 in Budapest, Hungary. He started with only 0.5/2, then he won the next three games against GM Misa Pap (SRB), GM Lajos Seres (HUN) and IM Shinya Kojima (JPN). He drew with GM David Berczes (HUN) and GM Gabor Nagy (HUN) to finish with 5.5/9 with a performance of 2485. 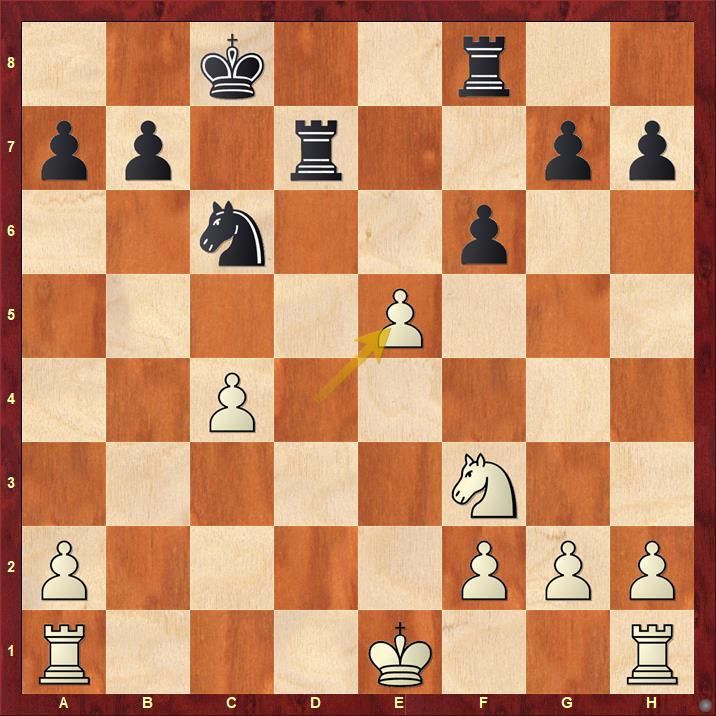 White had already made the mistake of playing 20.c4. After 20...Rd7 21.dxe5, White only fragmented his pawns further. Find out the how should Black continue here. 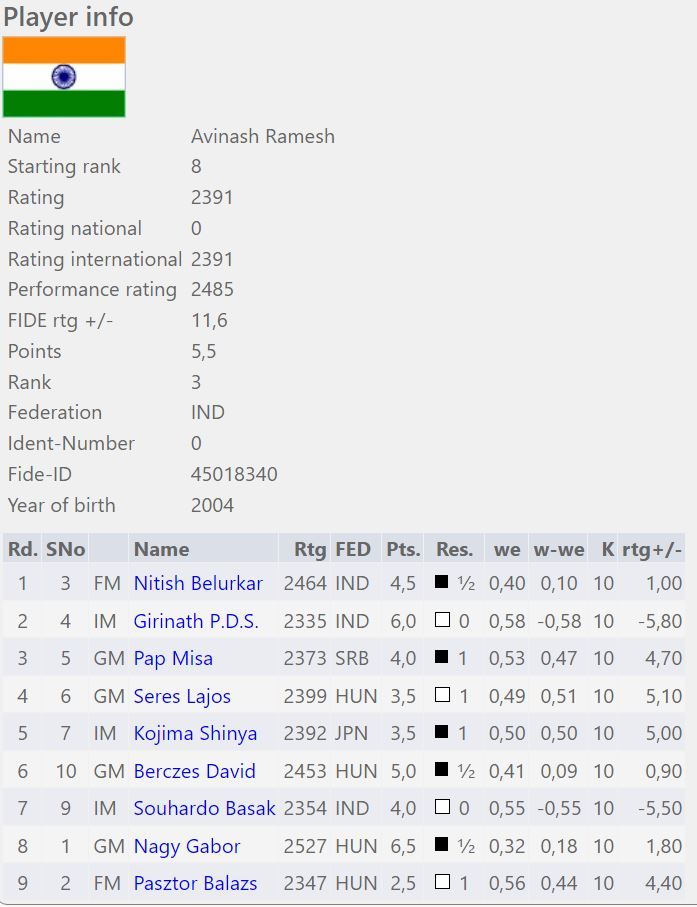 Avinash scored his final IM-norm in consecutive tournament at Vezerkepzo GM December 2021 in Hungary. Once again, he had a slow start 1.0/3, just like the last two tournaments where he made his norms, he bounced back well and finished with a score of 5.5/9. He defeated IM Ajay Krishna S and IM Nitish Belurkar, drew with GM Azer Mirzoev (AZE), GM Zoltan Varga (HUN), IM Shinya Kojima (JPN) and IM P D S Girinath. 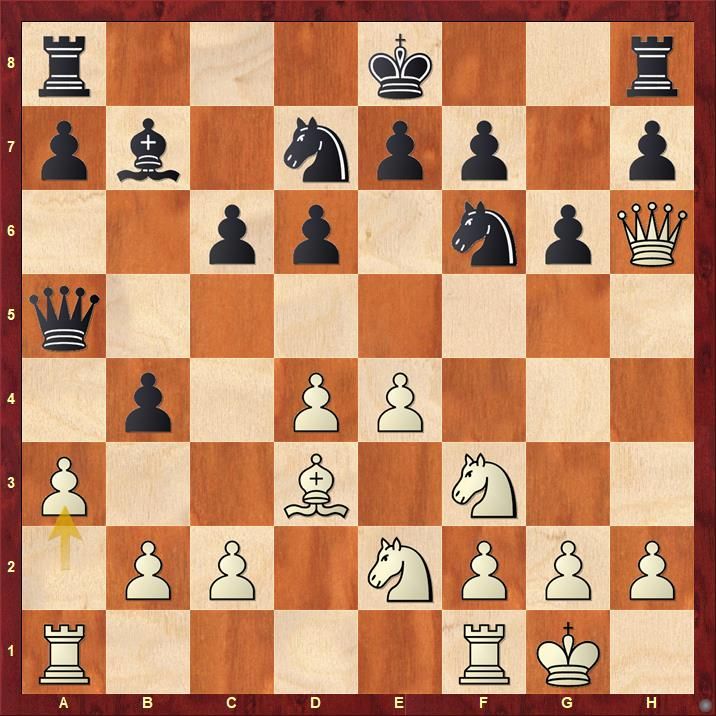 Black has gone wrong early in the Pirc Defence. White capitalized it quite well, 12.a3 allows White to open the flank on the queenside. Avinash eventually converted his positional advantage into a material advantage in the endgame and went on to win the game. 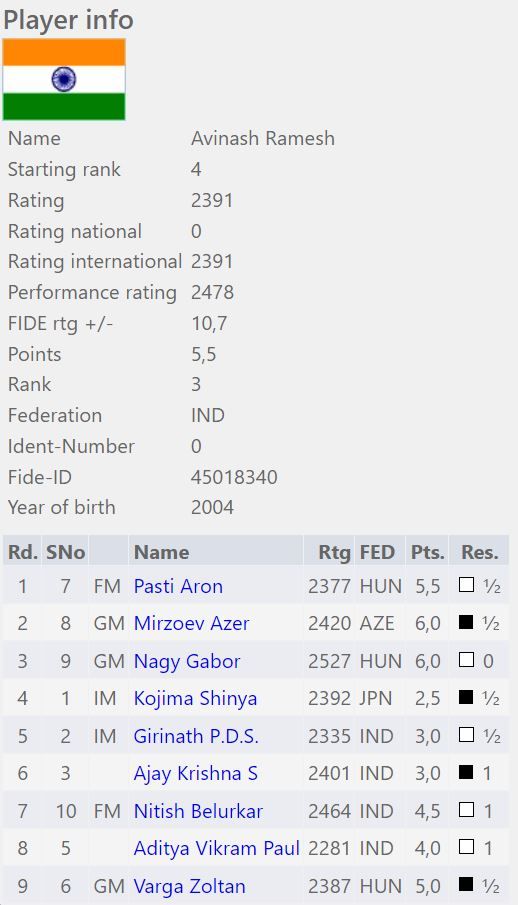 Avinash performed at 2478, suffered only one loss and gained 10.7 Elo rating points
Avinash's third IM-norm certificate
Both Raahul V S (far left) and Avinash Ramesh (far right) have become an IM now, only Hari Madhavan is left to become an IM. They are seen with GM Iniyan (red t-shirt) at Serbia 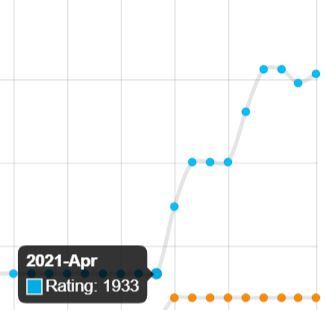 Avinash's mother Vijayalakshmi adds - After 12th board examinations he will be concentrating more to become a Grandmaster. Till now, we did not have any sponsor, and we spent on our money to reach this level. As a mother being a housewife, I used to travel along with my son and support in his chess tournaments. His father supports him financially by working in Gulf. He had lost his job since February 2020 due to pandemic situation and returned to India. Now he is struggling to get back to his job in this pandemic situation. We really don’t know when his father will be back into his job as the new variant of COVID is severe. So for his chess career we took loans to support him. Also, we are drained out of money after back to back international tournaments. I am hoping that I will be soon finding a sponsor for my son’s advanced coaching and tournament expenses to reach Grandmaster level.