Asian Nations Cup 2018: A pawn endgame that Sasikiran could not solve

It was a mouth watering clash between the Indian team and the Iranian youngsters (Iran Green) in the fourth round of the Asian Nations Cup 2018. The match was evenly balanced with three games ending in a draw. It all depended now on Sasikiran's game against Tabatabaei. The Iranian player had liquidated the position into a pawn endgame which looked favourable for him. But in pawn endgame there is nothing like slight edge or a better position. It's either winning/losing or a draw! Sasikiran had a narrow path towards equality, but he missed it and in this article we show you this beautiful defence. The women team made short work of Syria with a score of 4-0 and moved to third position on the leaderboard. Thumbnail Image: David Llada.

After two solid wins over Iran Red and Kazakhstan, India faced a stiff challenge against the young Iran Green team. The Iran Green team consisting of Maghsoodloo, Idani, Tabatabaei and Firouzja are all young and extremely talented. In fact the oldest of them is Pouya Idani, who is just 22. 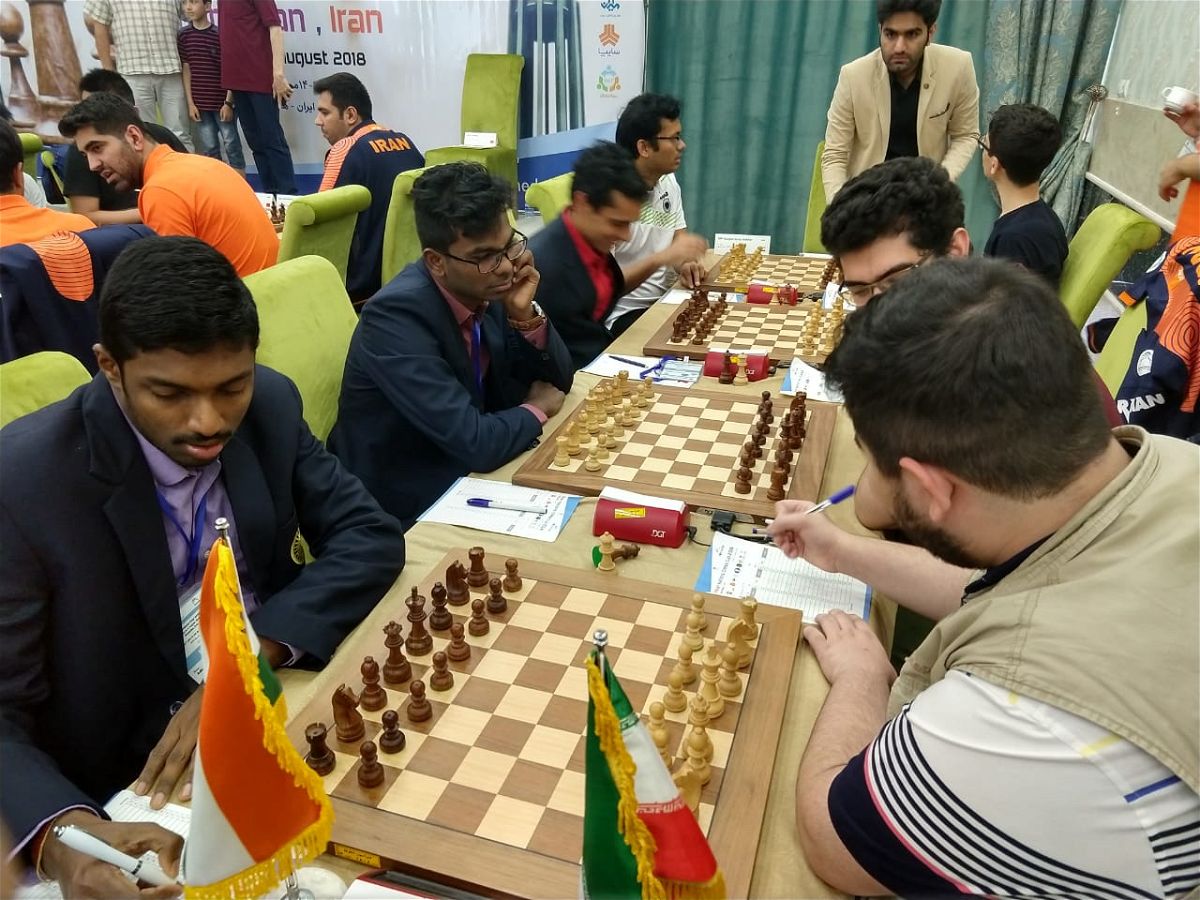 The Indian team had to tread carefully because the Iranians had just beaten China in the previous round. But even though we had a higher rated player than our opponent on every board, we couldn't overcome Iran.

The key decisive game was between Sasikiran and Tabatabaei

We bring our attention to one of the key positions in the game Sasikiran versus Tabatabaei: 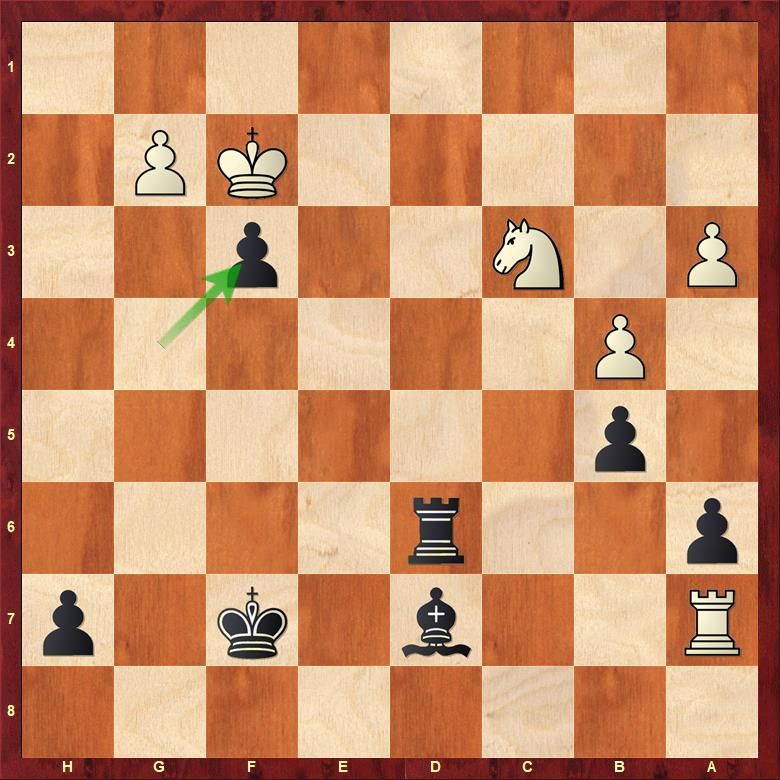 Sasikiran has just taken the pawn on f3. Tabatabaei played his knight to e4 and then got it to c5. 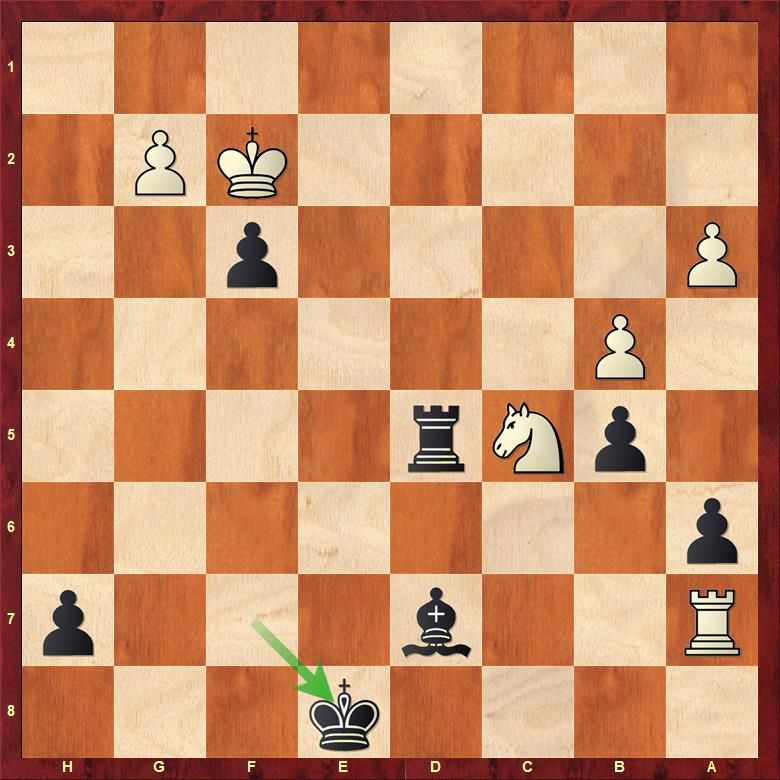 When Sasikiran took his king to e8, Tabatabaei had an option whether to recapture the pawn on f3 or go into a king and pawn endgame by exchanging everything on d7. He chose the latter. 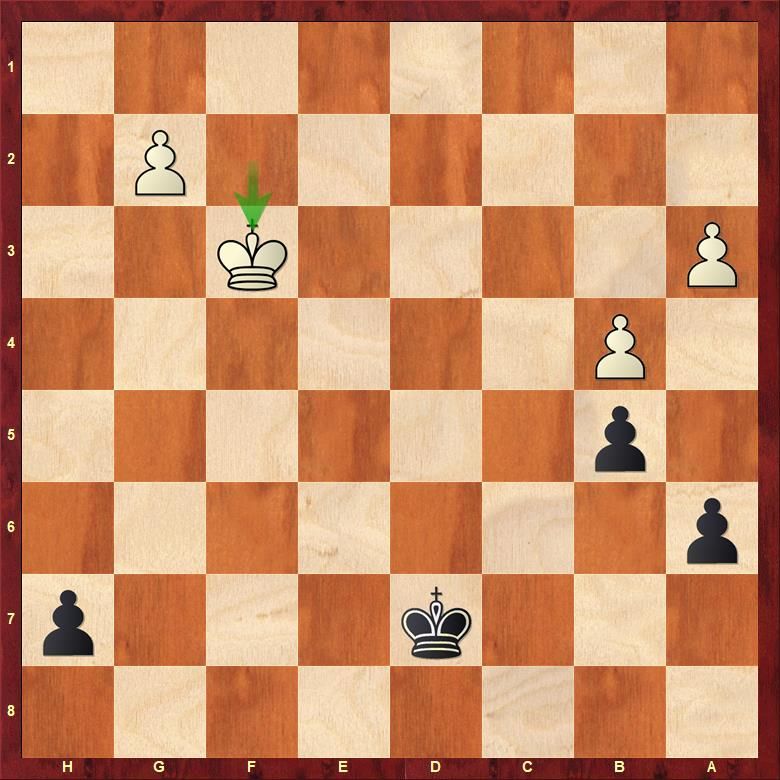 We have reached this extremely interesting pawn endgame. Black to play. How should Black save the game?

It is obvious that White is better here. His king is more active and this gives him the right to play for a win. But Black king is just one tempo behind and it is his move. So a draw should be feasible. But how exactly to get it? Sasikiran missed it. We recommend that you take around 20 minutes on your clock and think about this position. When you are done, just have a look at the analysis given below in both video and replayable format. The women's team gave Harika the rest against Syria. Supporting the team from the background is GM Swapnil Dhopade, who is the coach of the team.

It was an easy win for the Indian girls 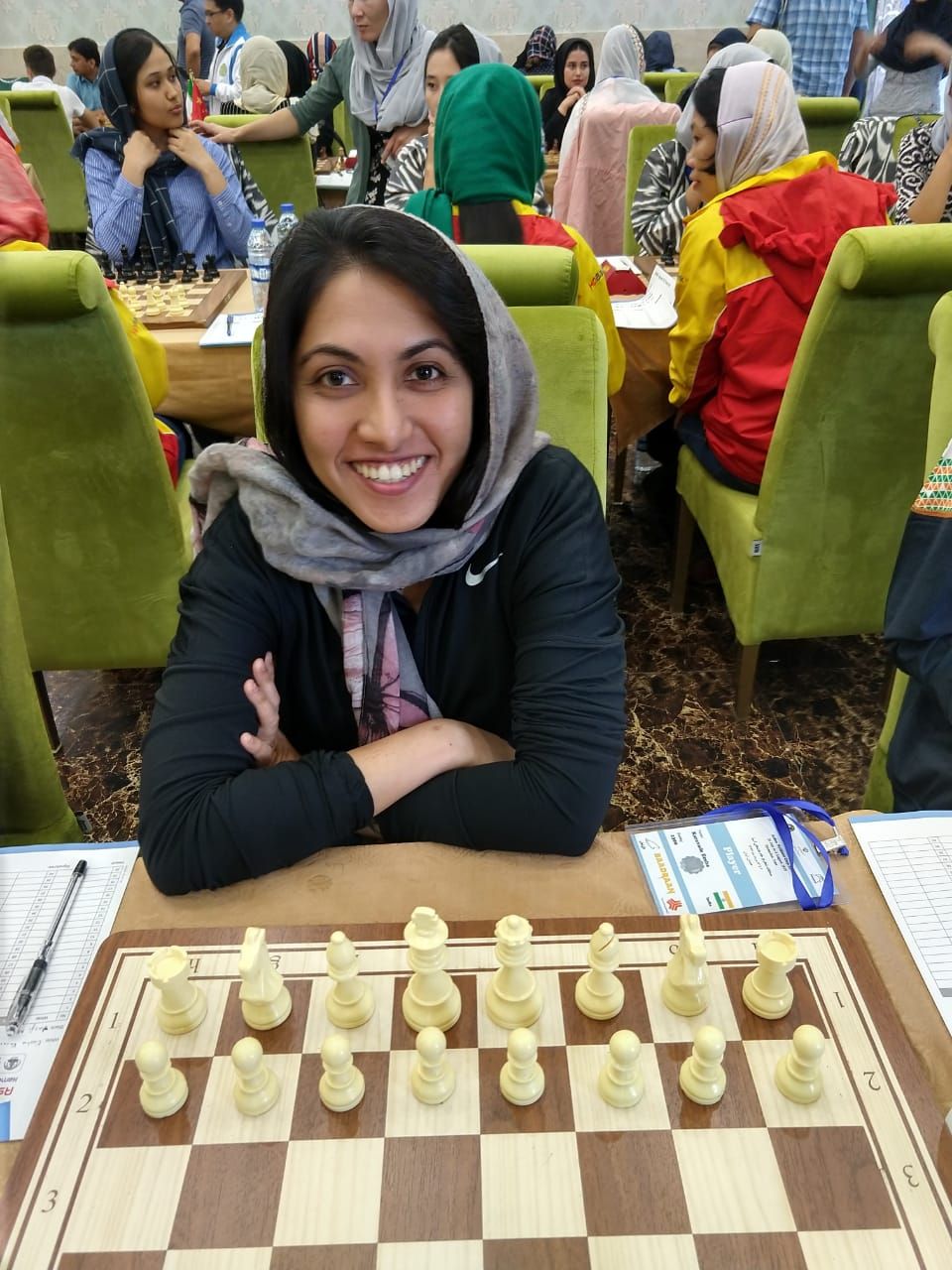 Eesha Karavade all smiles on board two! | Photo: Swapnil Dhopade 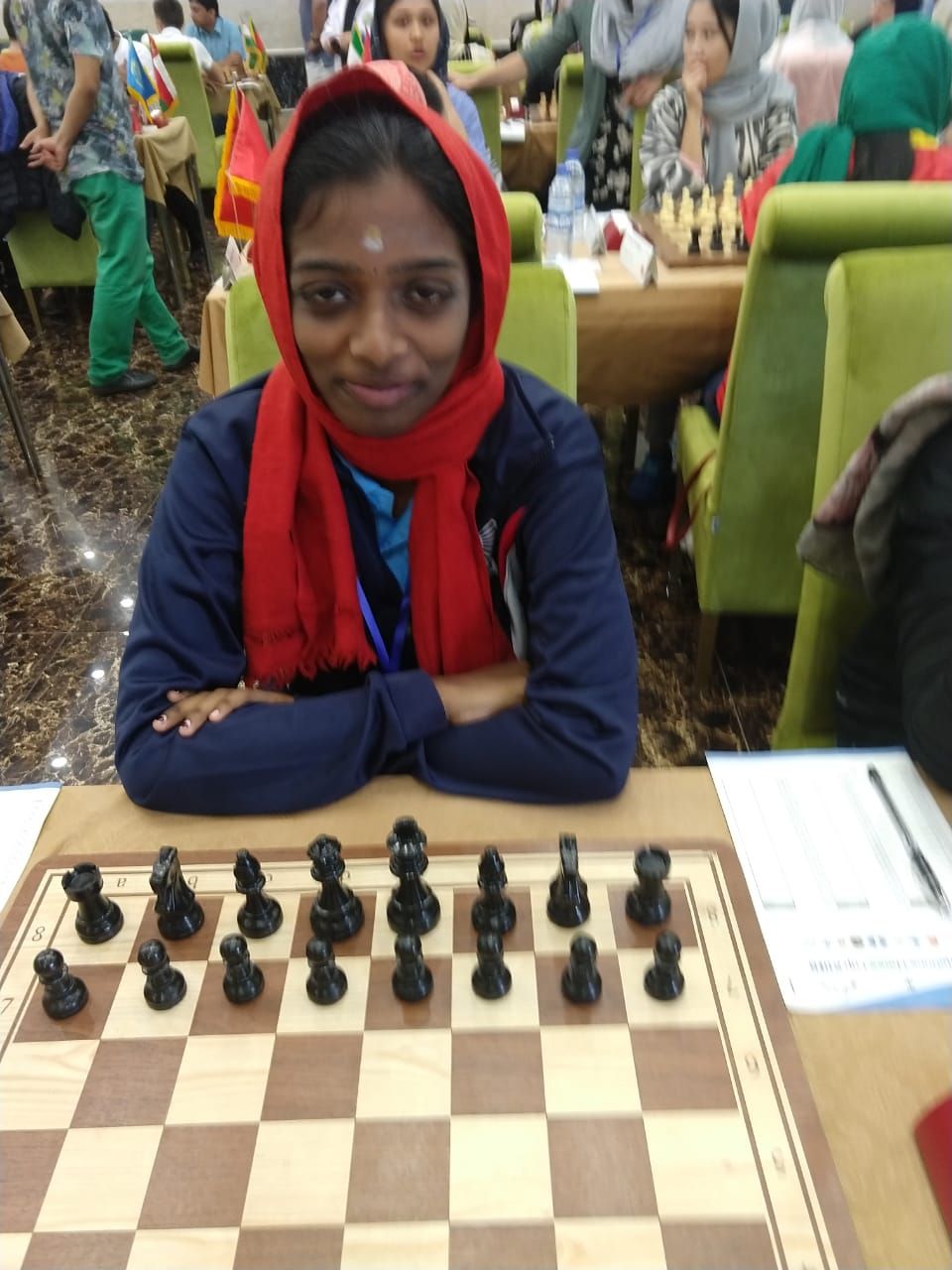 It's really interesting to see Vaishali on board two for Indian team. Against Syria she took the top board as Harika was rested. Invaluable experience for the 16-year-old. | Photo: Swapnil Dhopade 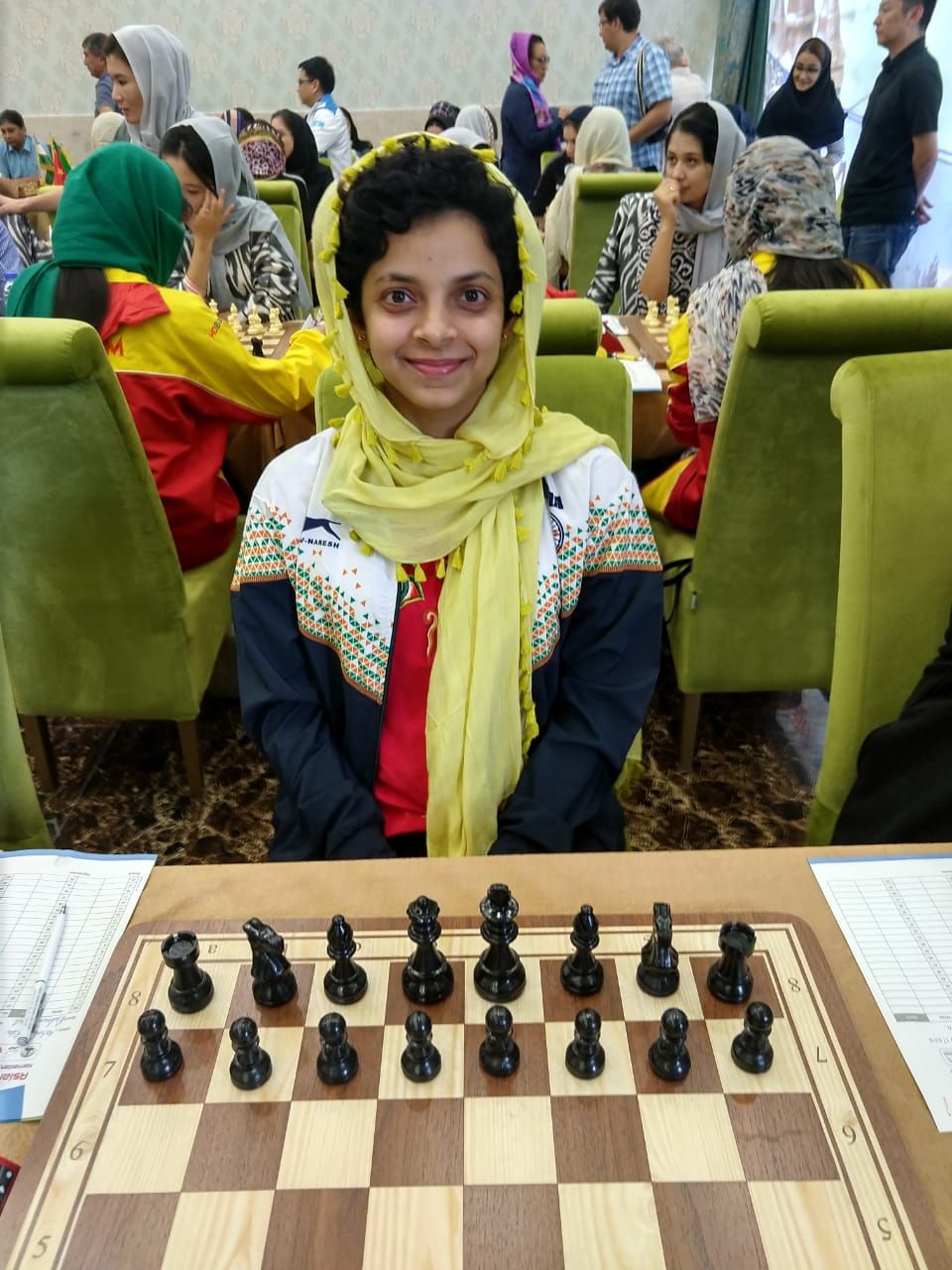 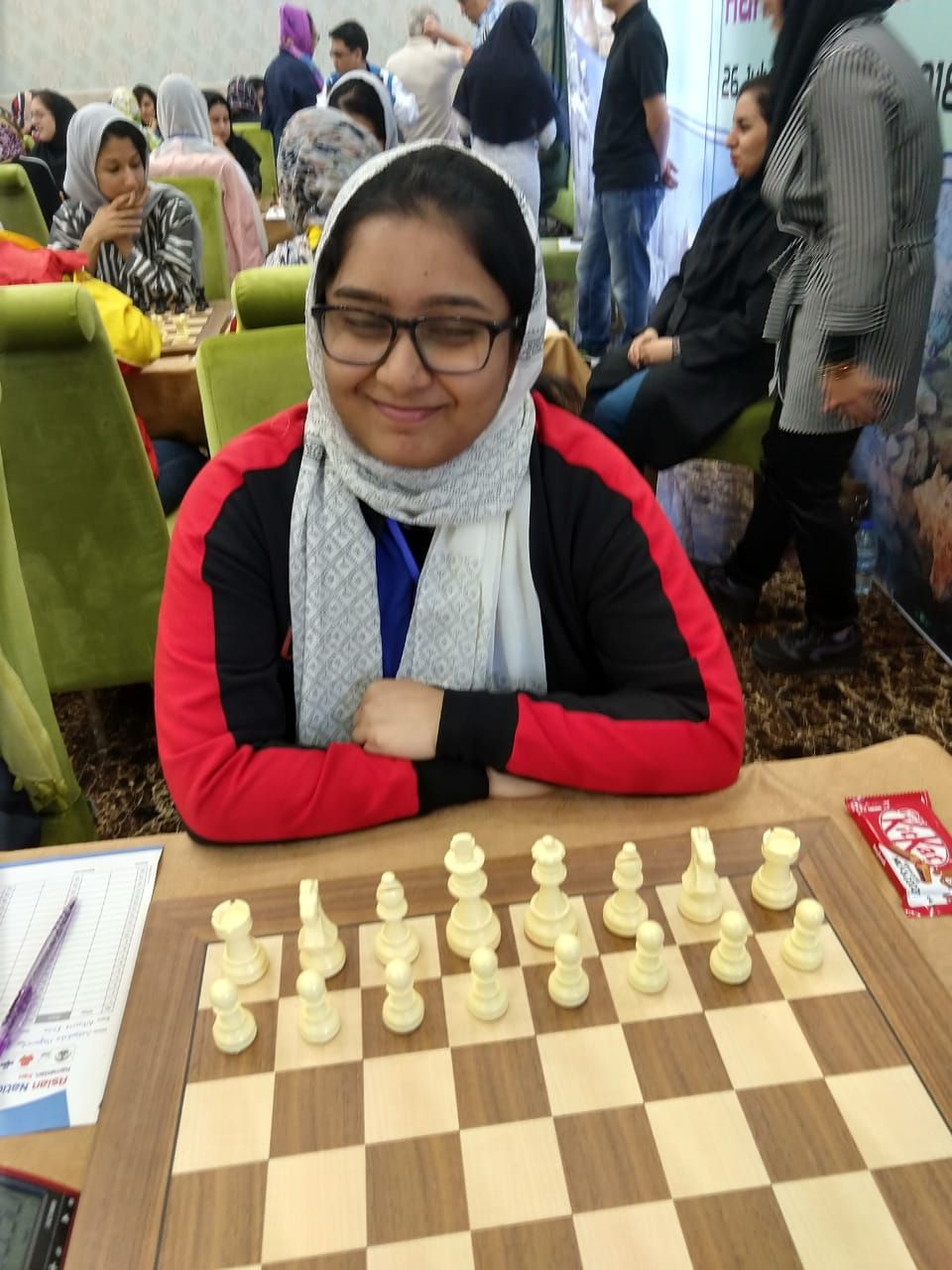