The Asian Indoor games will be held from 20th-27th September 2017 in Ashgabat, Turkmenistan. 12 Indian players are representing our country in different formats. To begin with we have the Standard individual format where four of our players are in action. Sasikiran and Ganguly in men and Vijayalakshmi and Sachdev in women. We have the round one report with pictures, games and all the information you need about the event. Thumbnail source: Ashgabat 2017 facebook page

Team India kicked off their chess campaign in the capital of Turkmenistan, Ashgabat yesterday. 12 Indian men and women will compete for 10 medals in standard individual, rapid team, rapid U-23 team, blitz team and blitz under 23 team events from 21st to 27th September 2017. Here is a report of day 1 consisting of rounds 1 and 2. 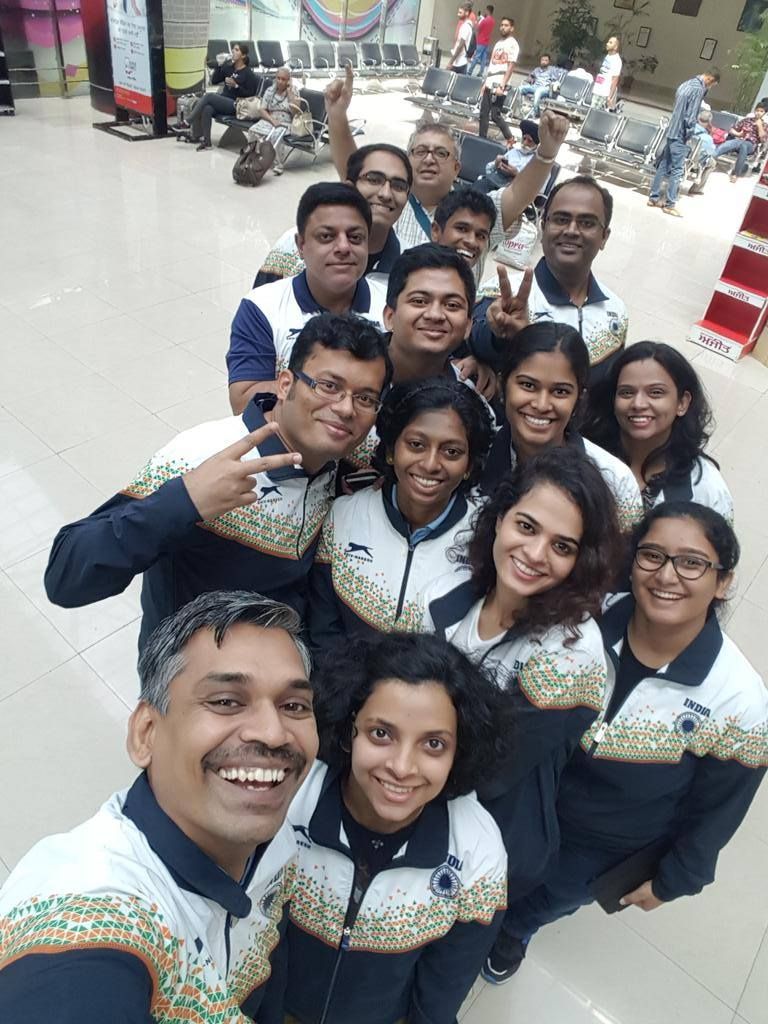 Team India on the way to Ashgabat

In Round one, GM K. Sasikiran faced no difficulty in defeating IM Tologontegin Semetey of Kyrgyzstan

The only other Indian in the men's group is GM Surya Sekhar Ganguly who had to settle for draw against IM Markhov Mikhail of Kyrgyzstan in a Semi-Slav opening.

Among the women's section, both IM Tania Sachdev and IM Vijaylakshmi Subbaraman had it easy in the opening round. Tania crushed untitled Omurbekova Diana of Kyrgyzstan and Vijaylakshmi crushed WCM Taweesupmun Chanida of Thailand.

In Round 2, Sasi faced strong resistance from Vietnamese GM Dao Thien Hai. Despite making a lot of tries, his opponent held his position and Sasi had no choice but to settle for draw. 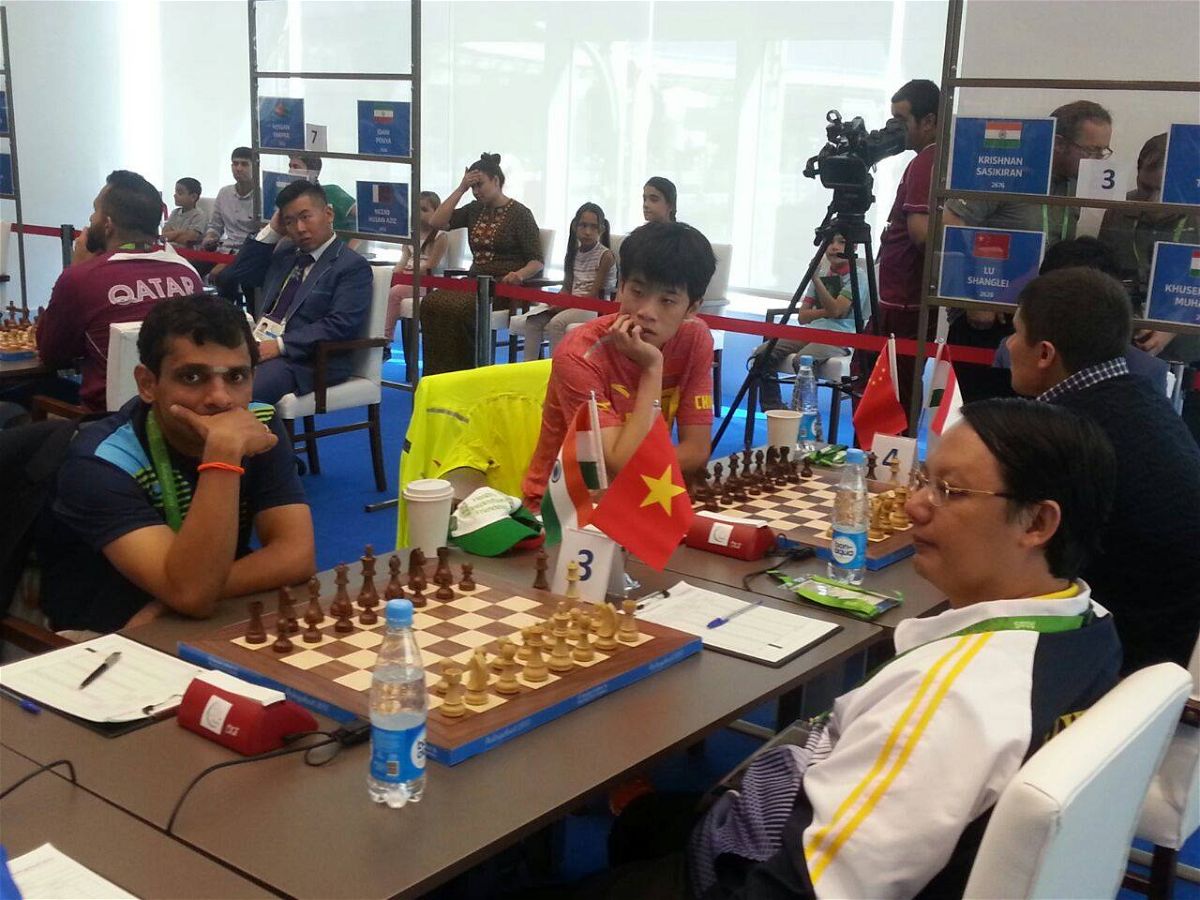 Sasikiran about square off with Vietnamese GM Dao Thien Hai in Round 2 | Photo: Vishal Sareen

Ganguly missed tactics in the middlegame which allowed his opponent IM Ahmad Al Khatib of Jordan, to equalize and after which the game arrived at an equal position. It was a Sicilian Maroczy Bind: Gurgenidze System and a draw was the logical conclusion of the game. 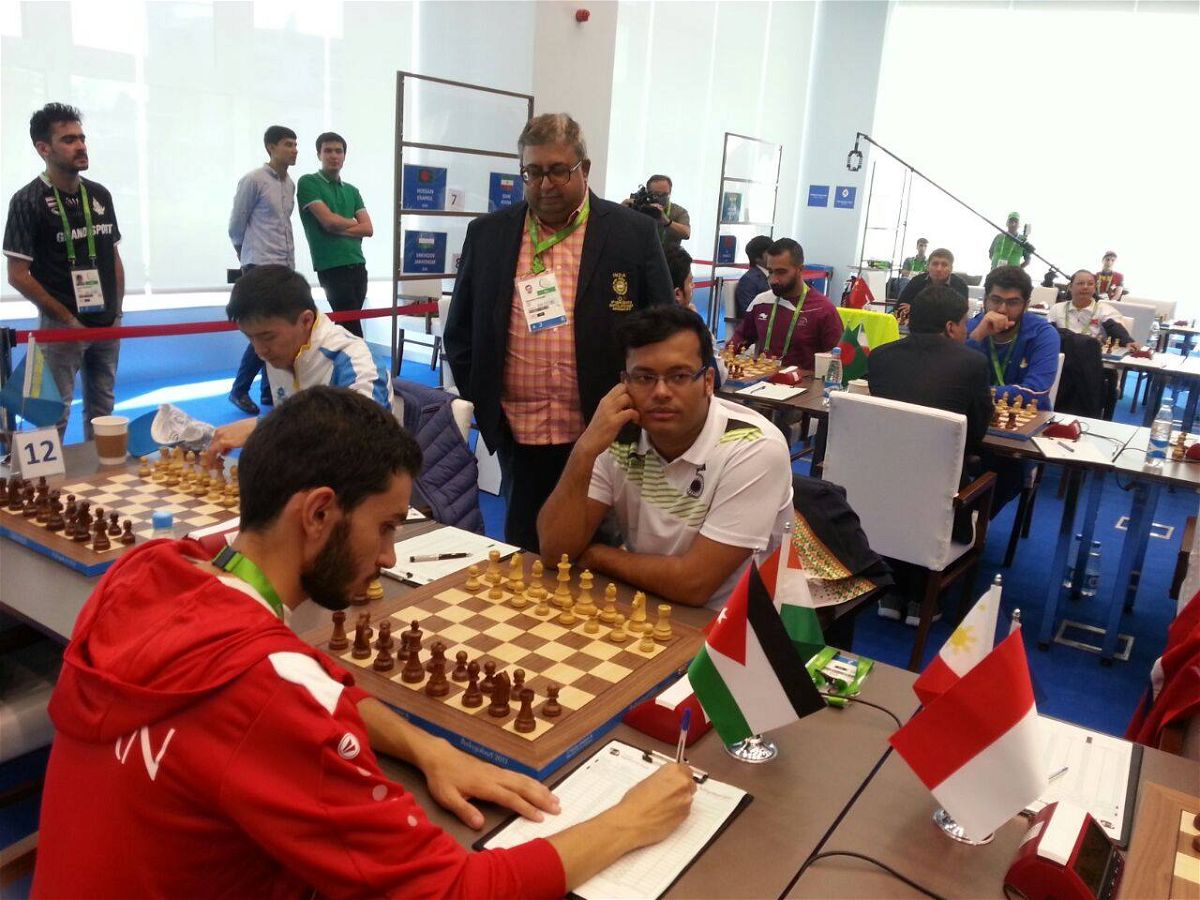 GM Surya Sekhar Ganguly is about to play against IM Ahmad Al Khativ in Round 2 \ Photo: Vishal Sareen

In the women's group, Tania survived a difficult position against Bangladeshi WIM Shamima Akter and managed to salvage a draw in an opposite color Bishop endgame. 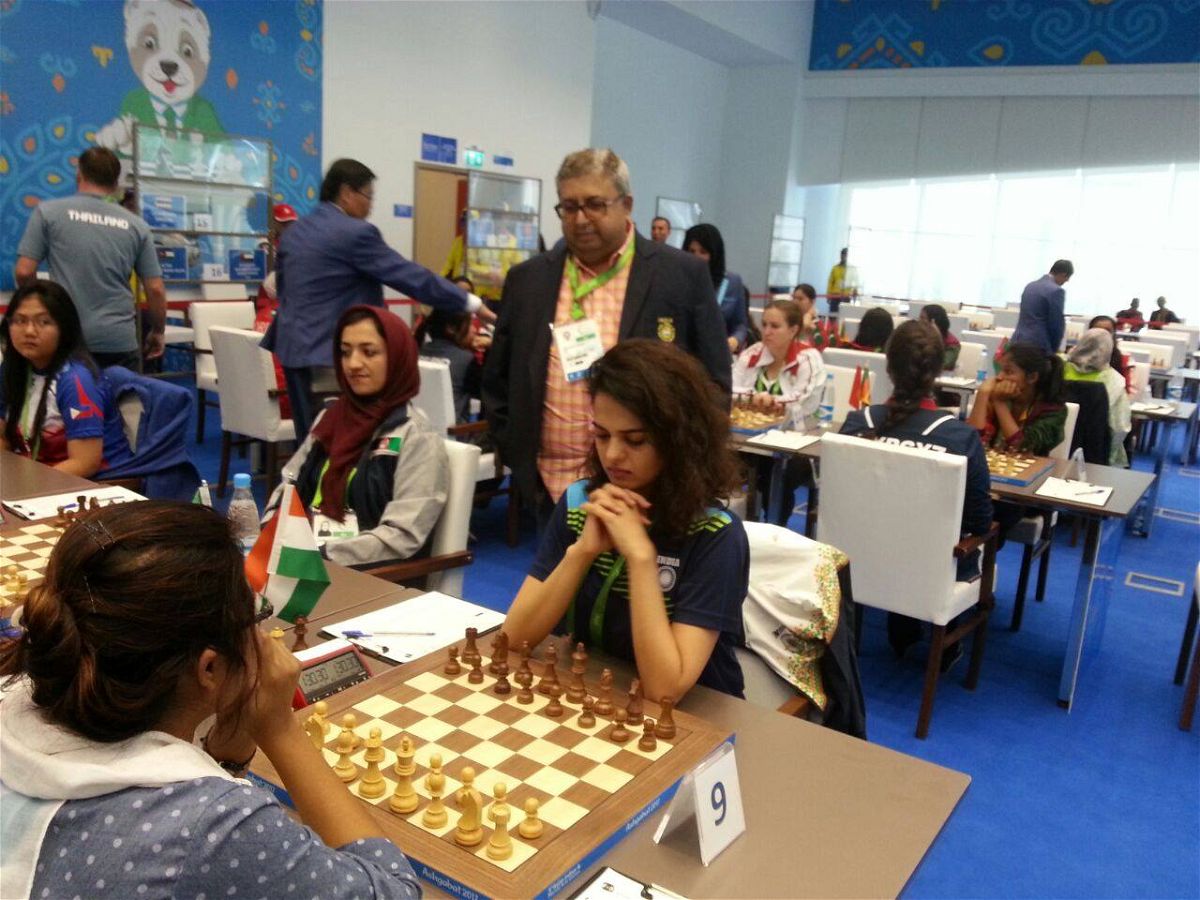 Tania prays before her game against Shamima in Round 2 \ Photo: Vishal Sareen

Viji suffered a loss against reigning Women's World Champion, Chinese GM Tan Zhongyi. In an English Opening, after both rooks got exchanged quickly, Viji never seemed to manage get any kind of offense on her opponent. Tan slowly kept increasing her advantage and eventually her double bishops proved too strong for Viji's two knights. 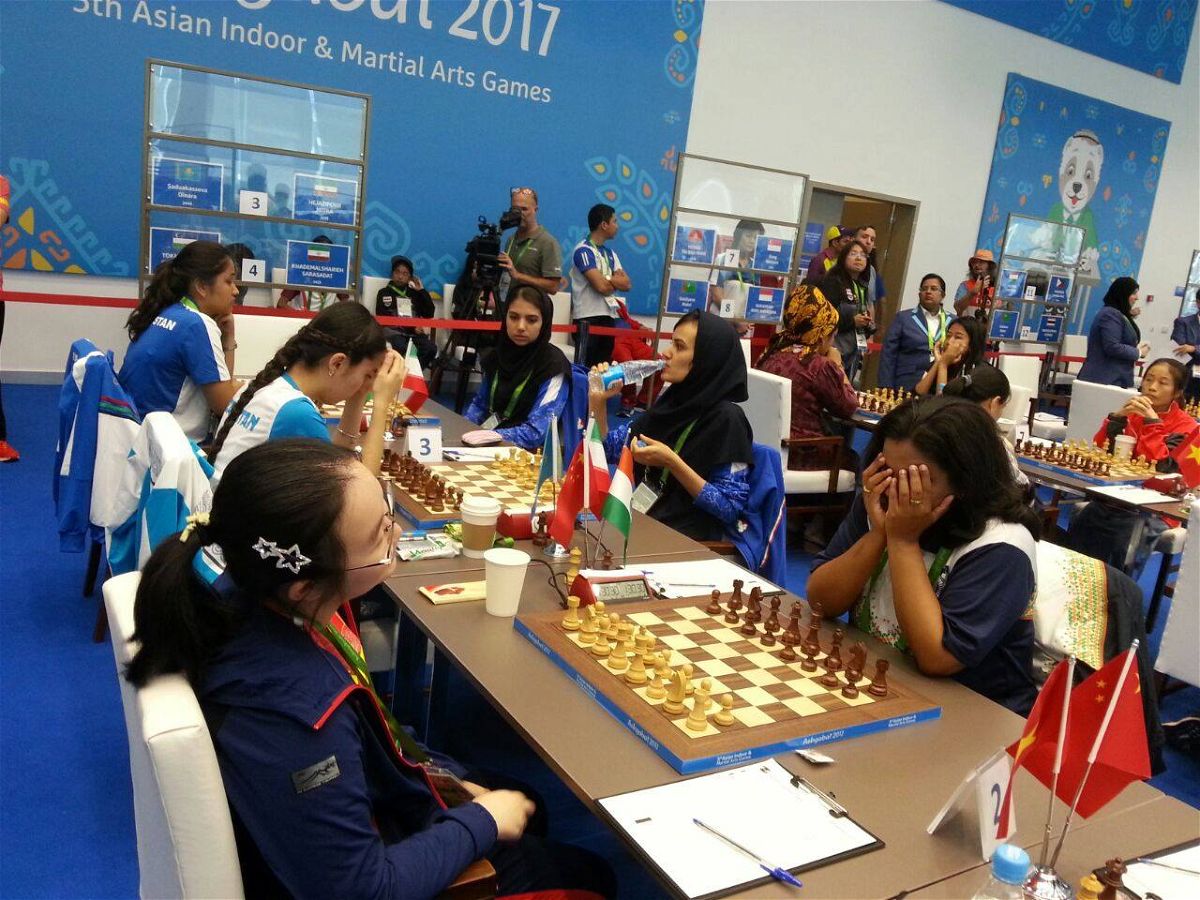 Rank after Round 2 in Men

Rank after Round 2 in Women 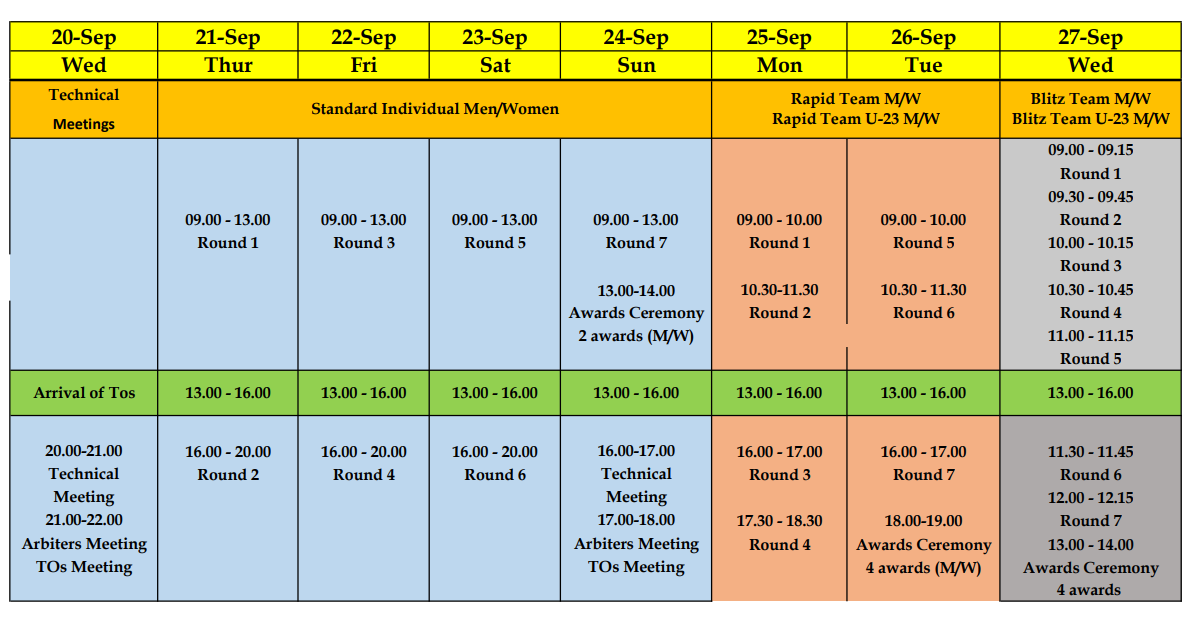