The Asian Indoor games went underway on 20th September 2017 at Ashgabat, Turkmenistan. 12 Indian players are representing our country in different formats. To begin with we have the Standard individual format where four of our players are in action. Sasikiran and Ganguly in men and Vijayalakshmi and Sachdev in women. We have the day two and three report with pictures, games and all the information you need about the event. Thumbnail source: Ashgabat 2017 facebook page

Sasikiran is still in the medal hunt

Sasikiran won his both games on day 2 against IM Ali Muhammad Lutfi of Indonesia and GM Enamul Hossain of Bangladesh in round 3 and 4 respectively. On day 3, he faced the tournament leaders, Vietnamese GM Le Quang Liem and Chinese GM Lu Shanglei in rounds 5 and 6. Sasi managed to draw both of his games. Here is a report of all four Indians who are playing in the Standard format of 5th Asian Indoor Games 2017. 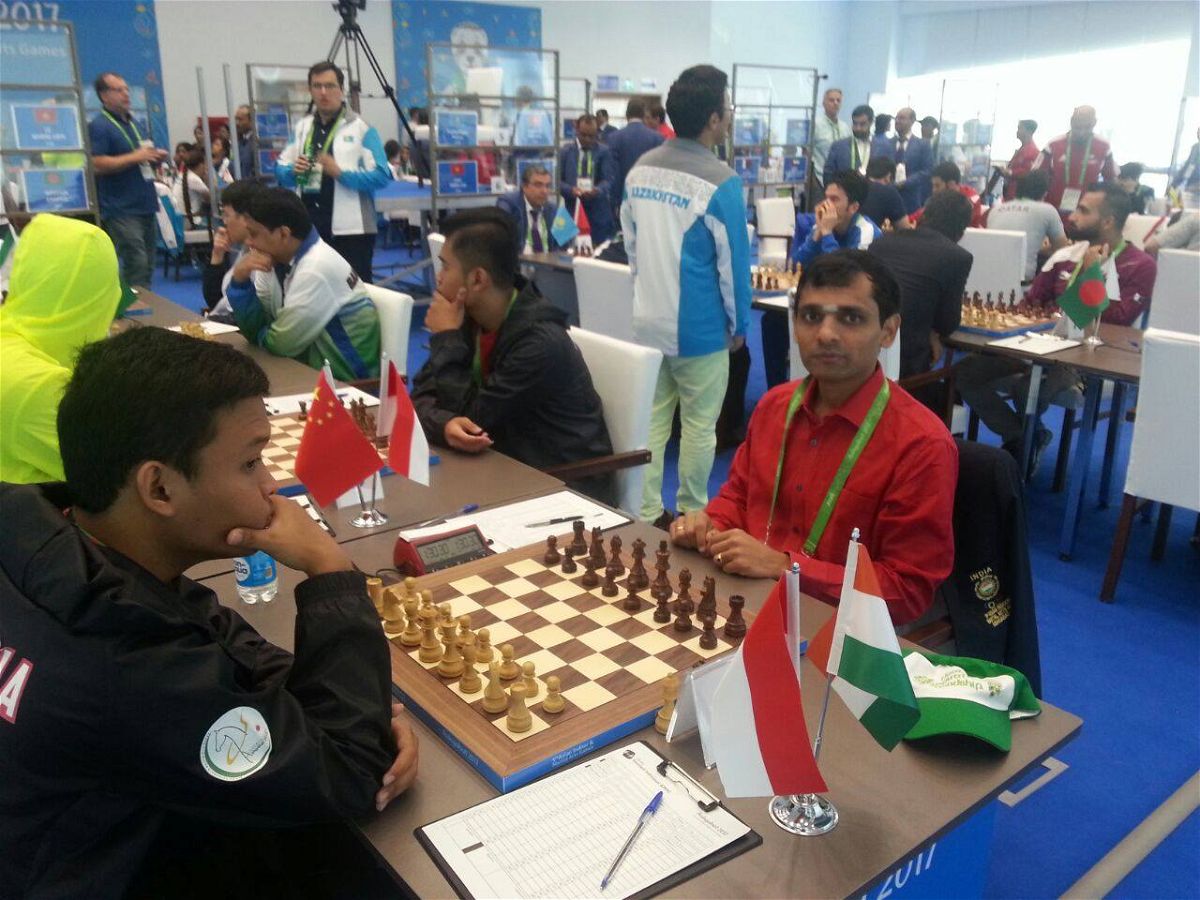 Sasi getting ready for round three | Photo: Vishal Sareen

Ganguly had a cakewalk against IM Tologontegin Semetey of Kyrgyzstan

Tania was not allowed a chance by Iranian IM Khademalsharieh Sarasadat in Queen's Gambit Declined: Ragozin Defence. To improve your knowledge in QGD Ragozin Defence, you can get GM Alejandro Ramirez's DVD. 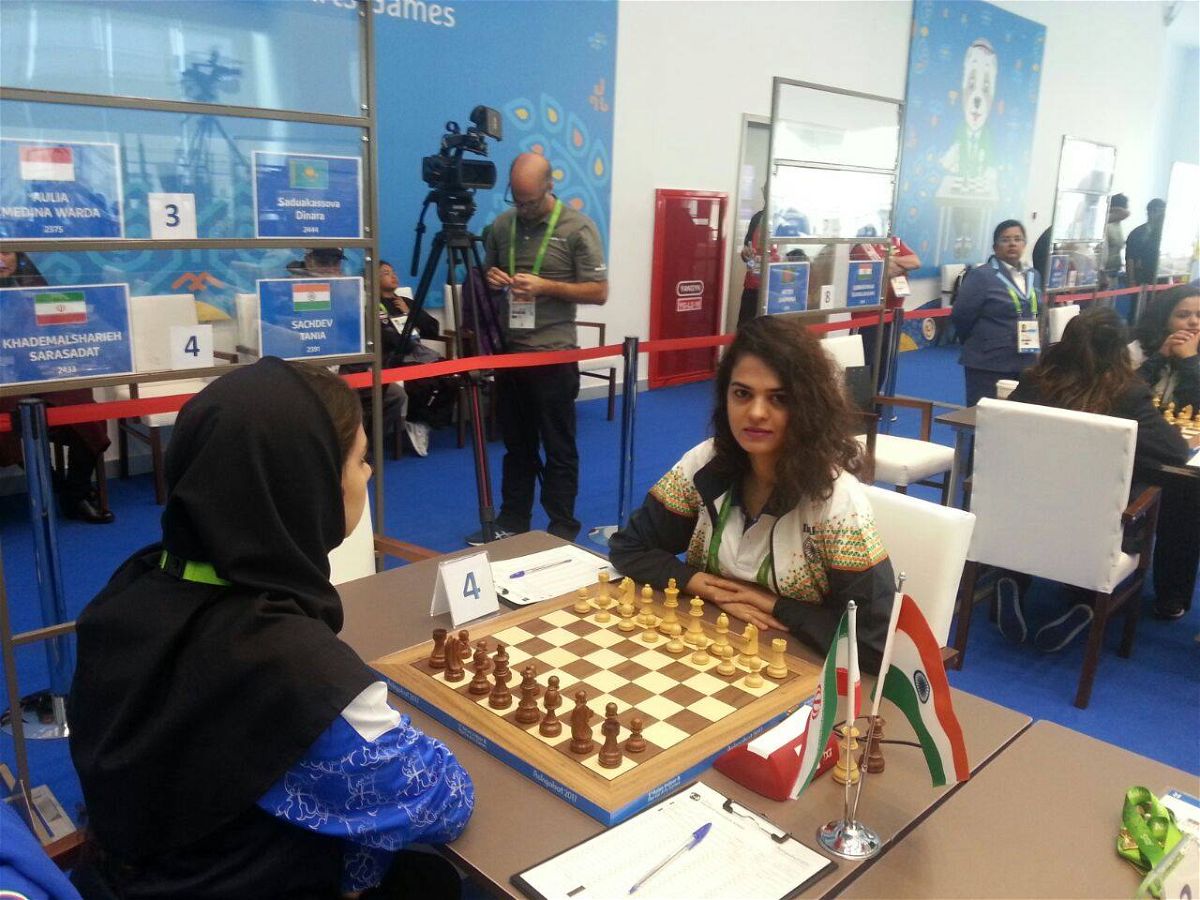 Tania before her game in round 3 | Photo: Vishal Sareen

Viji suffered another loss at the hands of Bangladeshi WIM Shamima Akter.

Ganguly had no difficulty defeating another Bangladeshi GM Abdullah Al Rakib in a complex middle game.

To know more about this opening, check out The English Opening Vol. 1 by GM Simon Williams

In round 5, Sasi faced stiff challenge from Vietnamese GM Le Quang Liem. In a Semi-Slav Defence, Sasi was given no chance and he had to settle for a draw with Black pieces. You can develop your knowledge about Semi Slav Defence from the DVD, The Semi Slav by GM Peter Heine Nielsen. Ganguly, the only other Indian among the men's section in the Standard format tournament, faced a shocking loss against GM Idani Pouya of Iran in Nimzo Indian Defence. 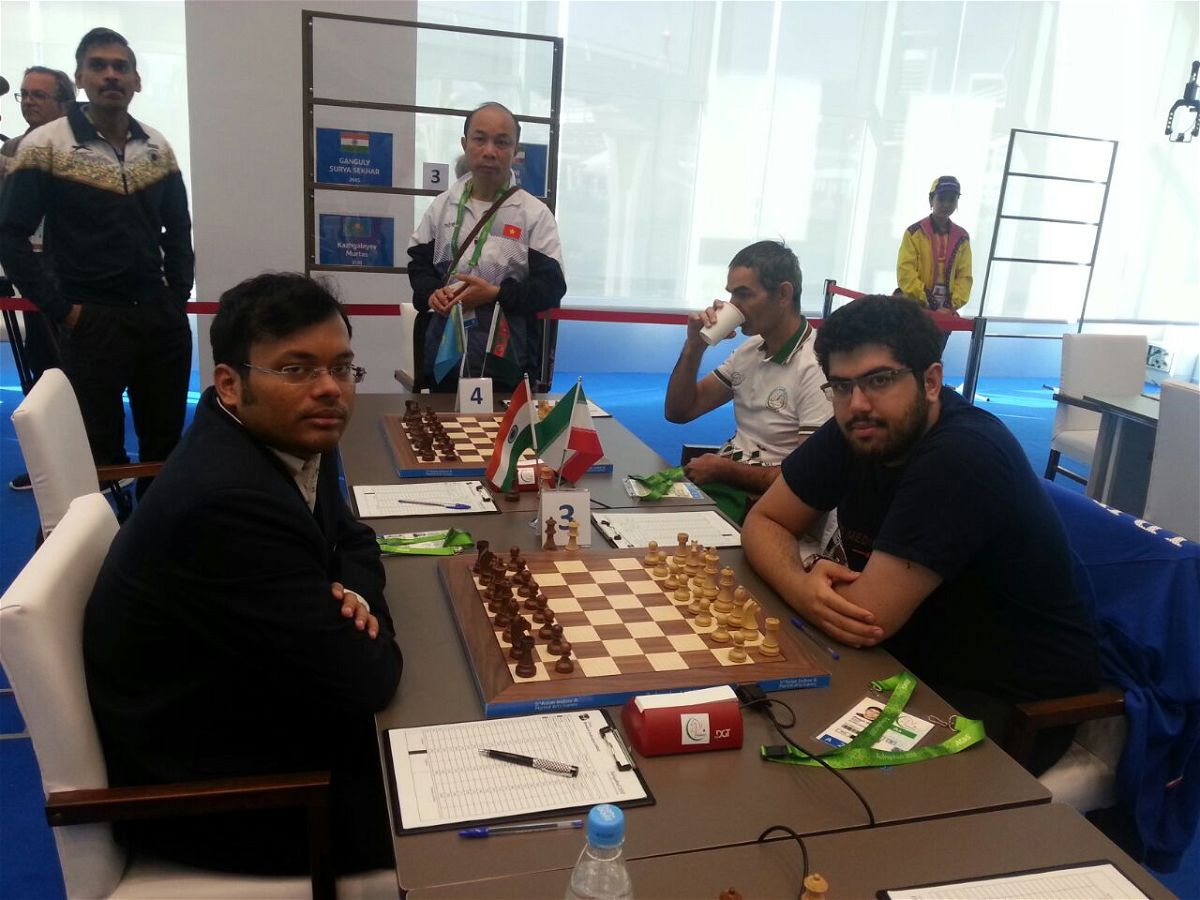 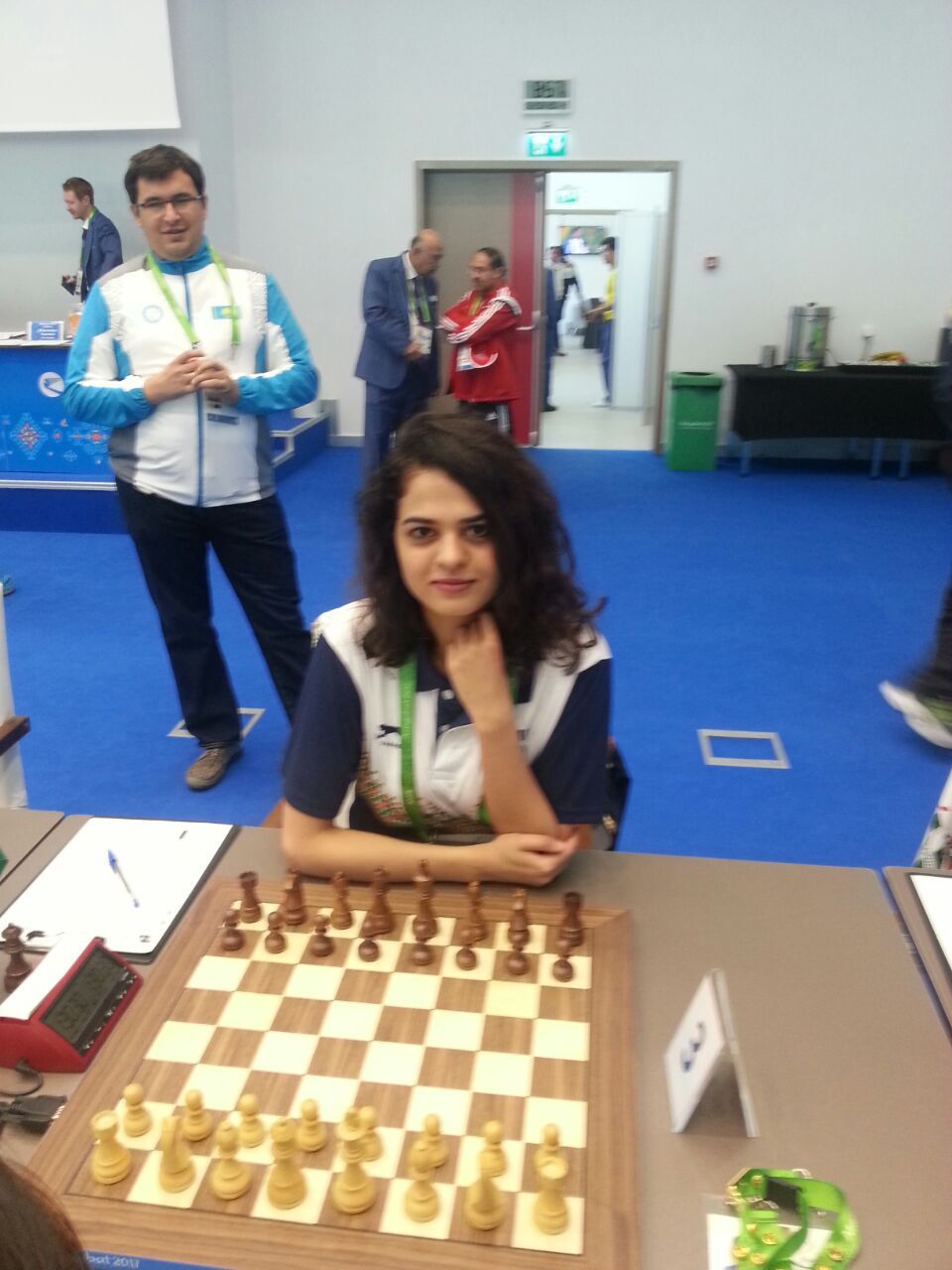 Viji made a comeback of two consecutive wins after suffering two consecutive losses. This time her victim was Omurbekova Diana of Kyrgyzstan in Queen's Gambit Declined: Cambridge Springs variation. 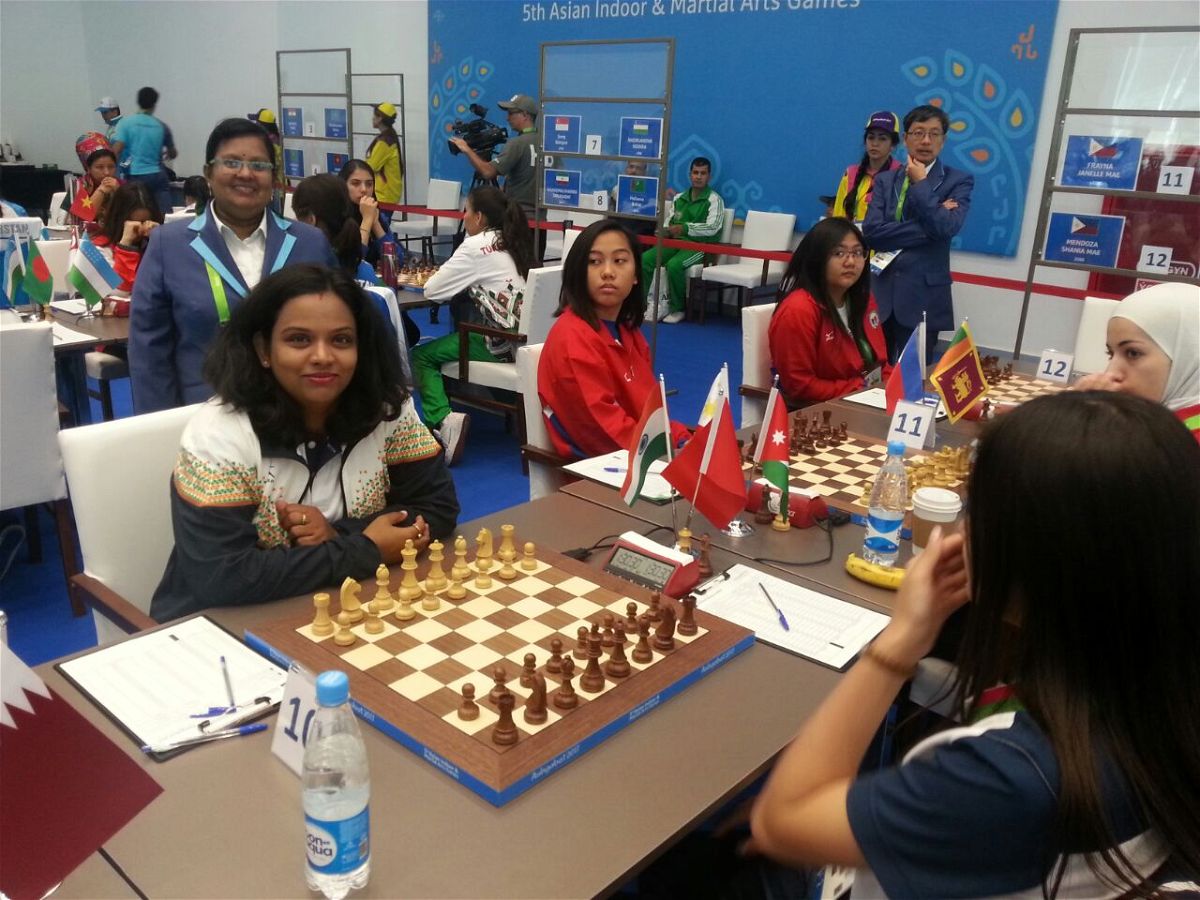 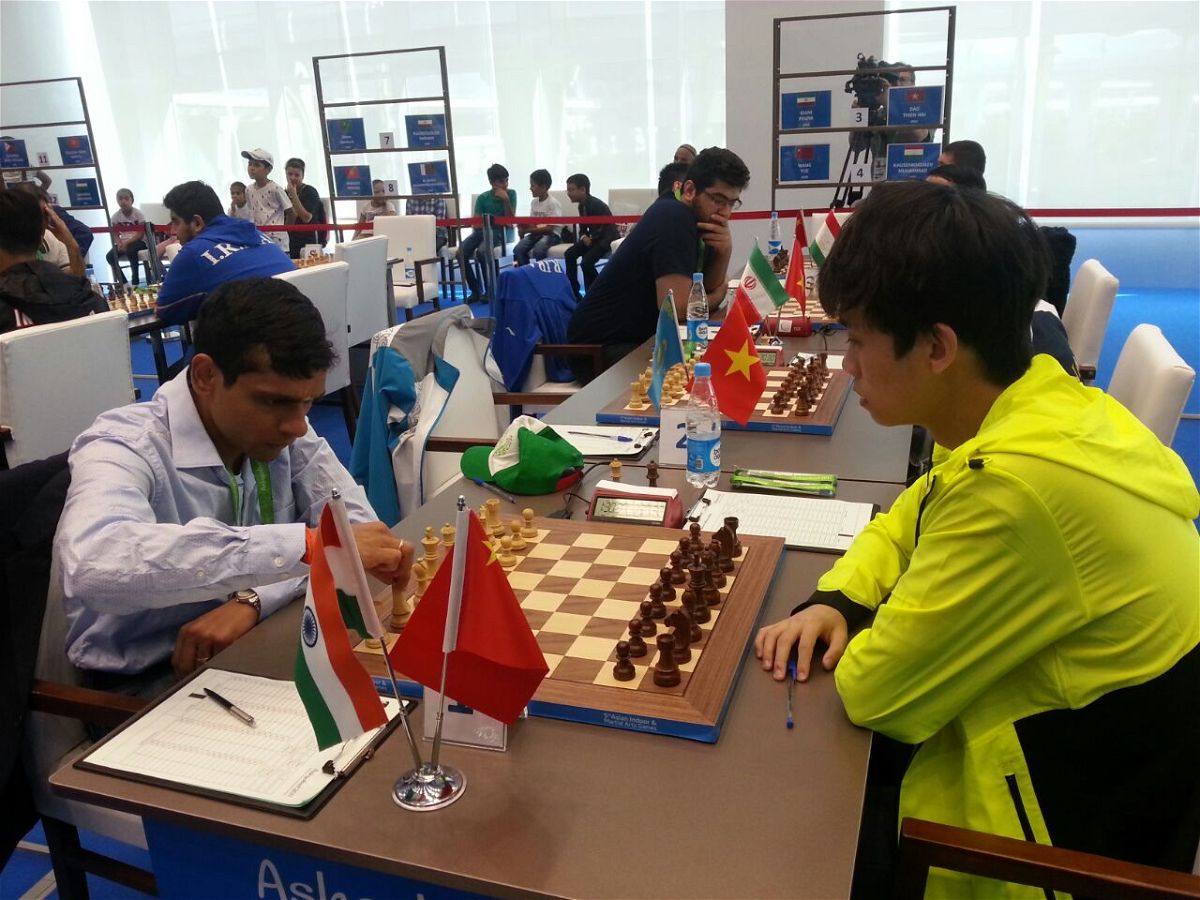 Ganguly won his 6th round after suffering a blow in the previous round. IM Nezad Husein Aziz of Qatar tried to go all gung-ho but Ganguly handled it easily. You can study The Italian Game by GM Sergey Tiviakov and not repeat the same mistake as Black did in the game. 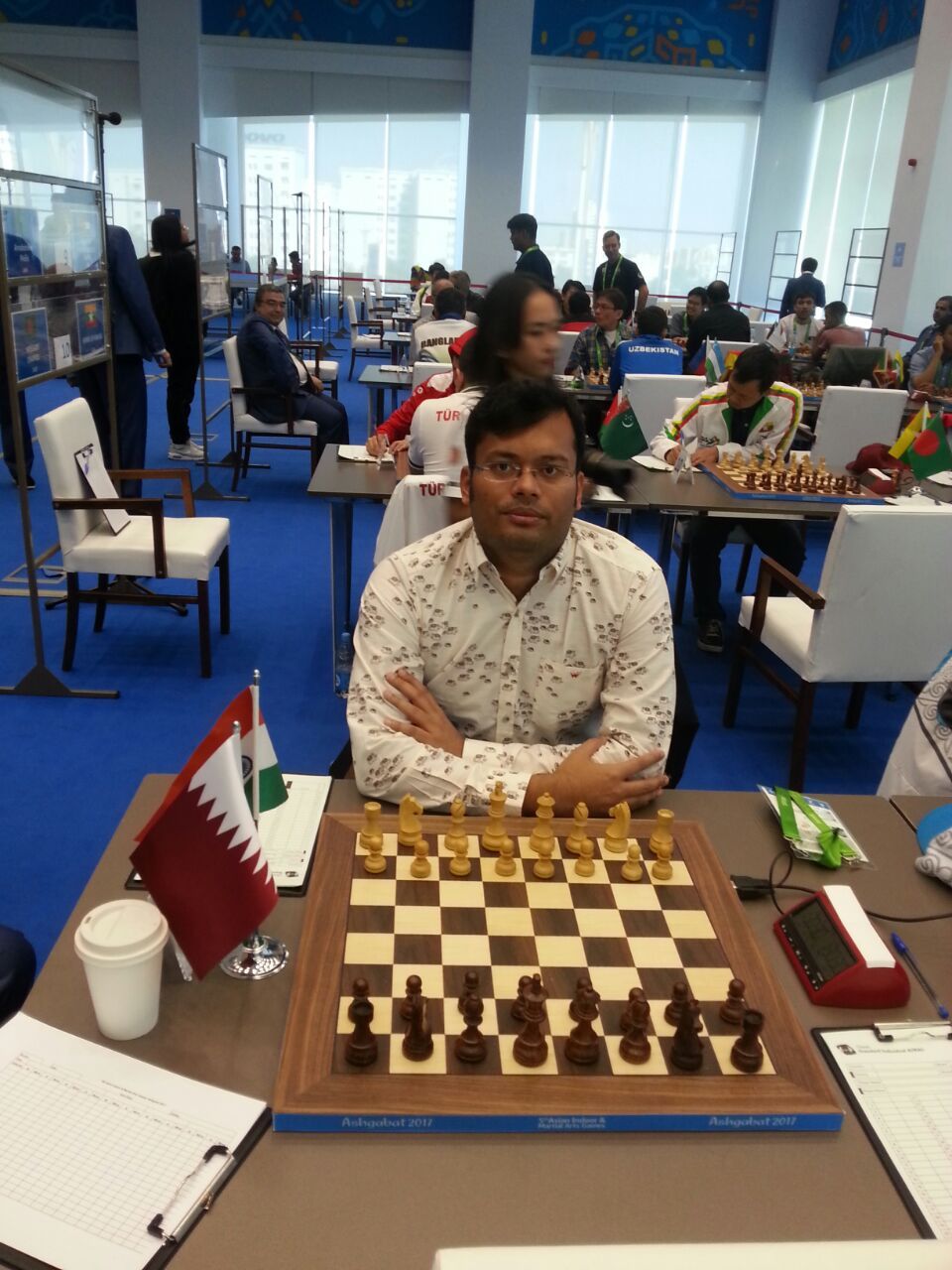 Ganguly awaits his 6th round opponent to avenge his previous round setback | Photo: Vishal Sareen

Tania was unable to convert a clear advantage into a win against WGM Aulia Medina Warda of Indonesia in Queen's Gambit Declined: Exchange variation. 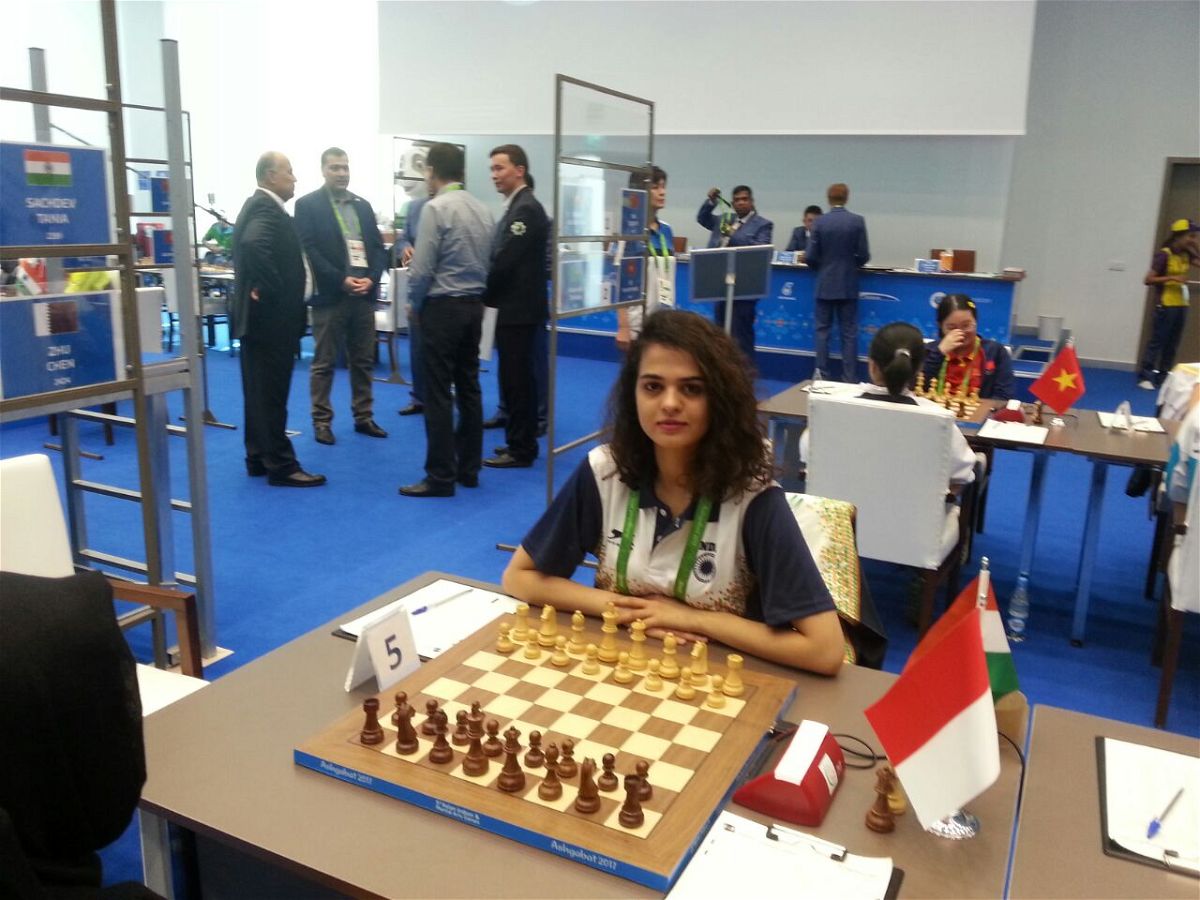 Tania is ready for her opponent of round 6, WGM Aulia Medina Warda | Photo: Vishal Sareen

Viji had an emphatic victory against local WGM Geldiyeva Mahri as she dominated the middlegame by activating her king. 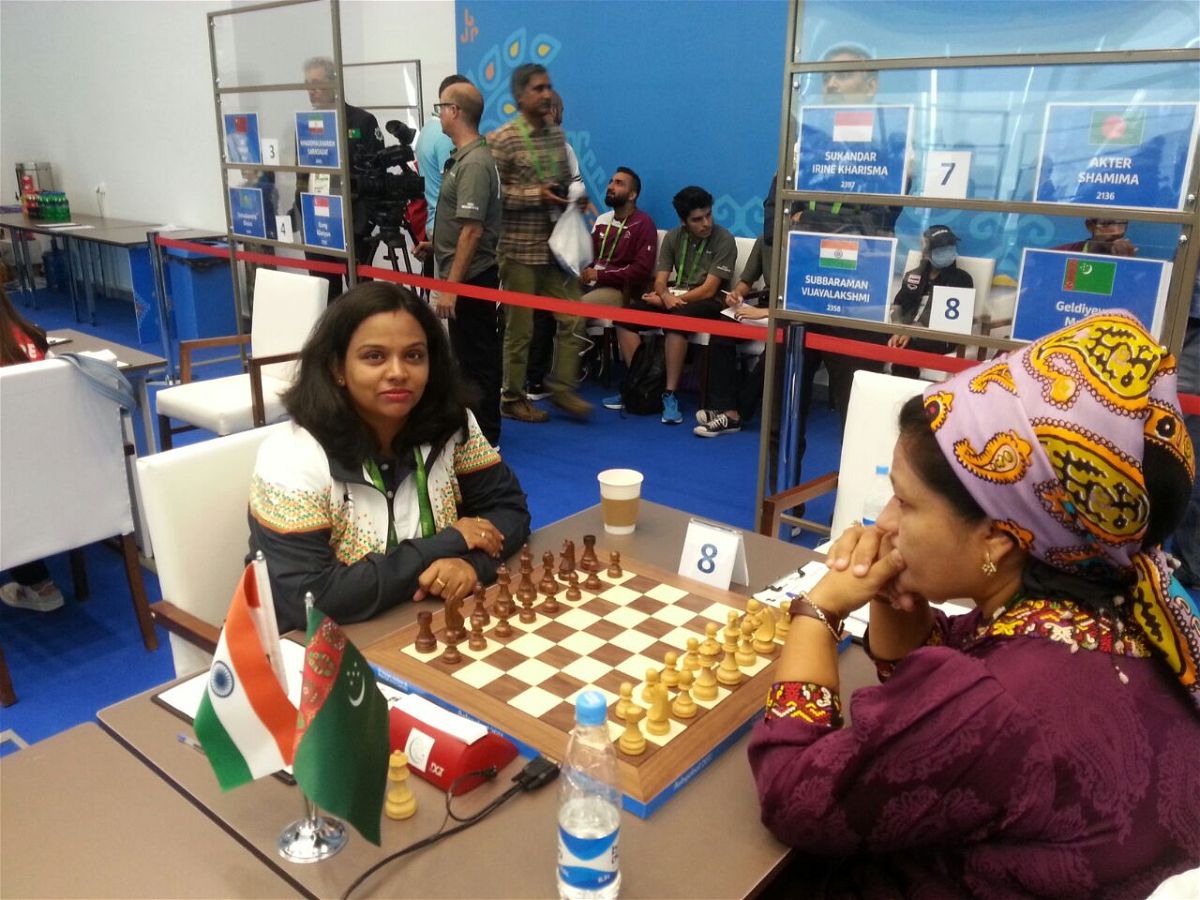 Viji is all set to face WGM Geldiyeva Mahri in the penultimate round | Photo: Vishal Sareen

Rank after Round 6 in Men

Rank after Round 6 in Women

Final Round coverage and standings will be coming up shortly.