Are you ready to play chess in Houseboat?

Chess Train tournament launched in the year 2013 covering Czech Republic, some parts of Germany and Austria. The tradition still continues with an annual event starting in Prague with varied destinations. Similar to that, Chess Houseboat in India will take place from 26th January - 2nd February 2020 in the state of Kerala. Everyday double round will be played, each round consisting of 20 minutes each inside houseboat in various scenic location. Total €5000 prize fund is up for grabs. The tournament will be a non-rated Swiss league event. Only first 100 registered players will be able to participate. This is your unique chance to combine chess with sight seeing in one of the most beautiful destinations in India. For more details read the article. Photo: Official site

A unique event has been planned in South India from 26th Jan to 2nd Feb 2020 – a Chess Tournament on a floating House Boat in the the famous Vembanad Lake of Kerala! Dubbed as 'God’s own country', the state of Kerala in south India is a beautiful stretch of land in the southwestern tip of the peninsula. With long stretches of beaches, lush green coconut groves and paddy fields, hills, valleys and enchanting backwaters, easily the most sought after tourist destination in India. As they say in India, it is the only state in the country with all the types of tourists destinations that one can think up – beaches, rivers, waterfalls, lakes, hill stations, palaces, historic monuments, architectural marvels, art collections, famous temples, adventure sports, music and dance festivals and medical tourism.

For the first time ever, an international chess tournament that blends chess and tourism has been planned in this traveler's paradise, to be held at four different venues: two days in a floating houseboat in the Vembanad, the longest lake of the country, and a day each by the Marari Beach, a 5-Star hotel and a riverside resort.

It is a unique experience to live in the 'Houseboats' of Kerala – you have a huge boat for yourselves, with all the amenities of a home floating in the Vembanad lake with bedrooms, dining space, kitchen and restrooms. The boat is managed by a crew who cook your food and cruise the boat along breathtaking scenery all through the day. The air-conditioned floater for the event 'Chess Houseboat 2020' is identical to the 'Spice Routes luxury houseboats' which hosted the King of Netherland when he visited Kerala a couple of months ago.

The tournament itself will be a 10 round unrated Swiss with a time control of 20 minutes plus five seconds per game, spread over six days – two rounds per day in the mornings in five days with a complete rest day after six rounds, apart from the day of arrival and departure. It is conducted by 'Oriental Chess Moves Trust', an independant chess body of organisers and chess lovers. They are headed by NR Anil Kumar, a former member of the Indian Chess Olympic team and an International Master in Correspondence Chess, along with Joe Parappilly and P Manojkumar, former international players. The authenticity stamp for the event comes in the form of the associate organisers, the Department of Kerala Tourism, an official government arm.

The accommodations for each day have been planned at different places, the first three nights being planned at the 'Lake Palace Resort', Alleppey. 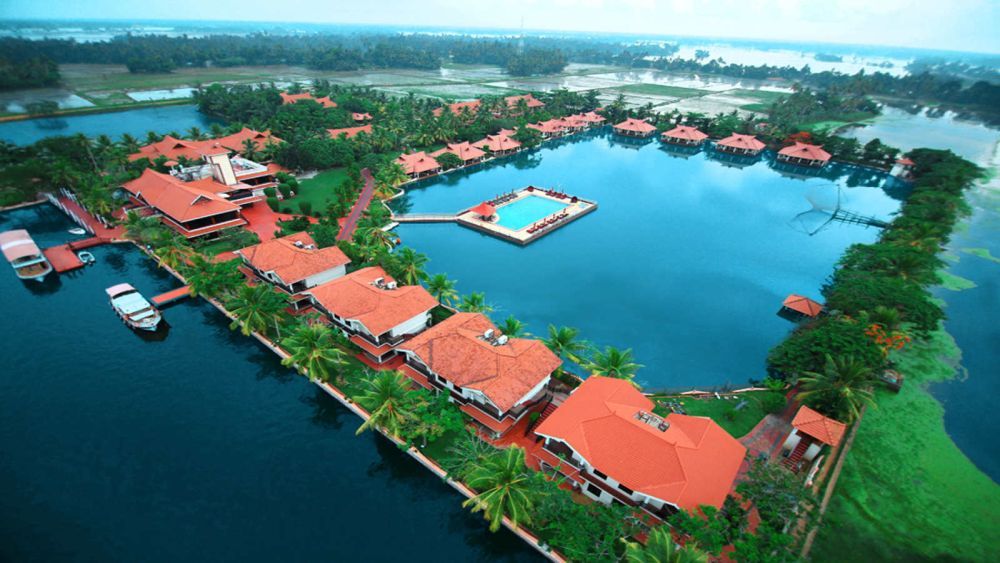 The Lake Palace Resort, on the banks of the Vembanad Lake

The further two nights stay will be at the luxurious Crown Plaza Kochi, a 5-star facility 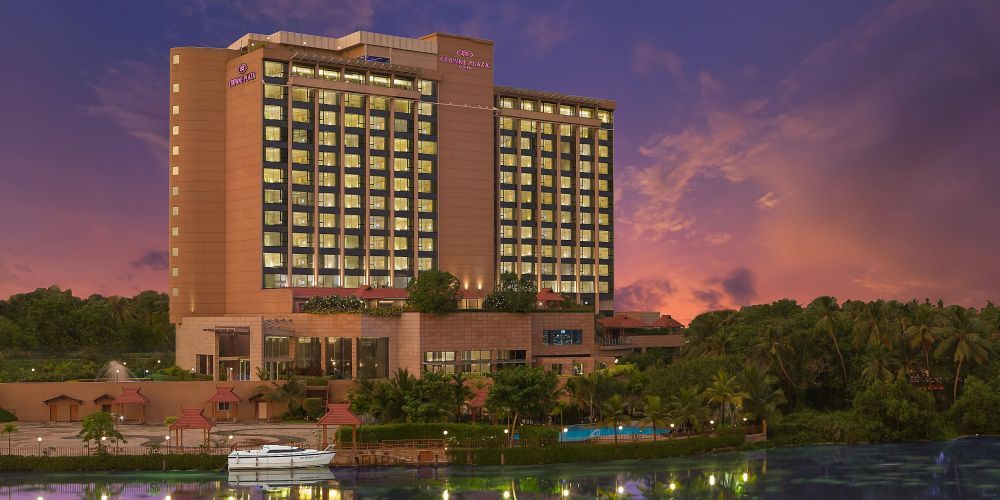 The Crown Plaza Kochi, one of the finest hotels of the beautiful city of Cochin

The final two nights of stay have been planned at the Hyatt Regency, Trichur, another 5-star facility. 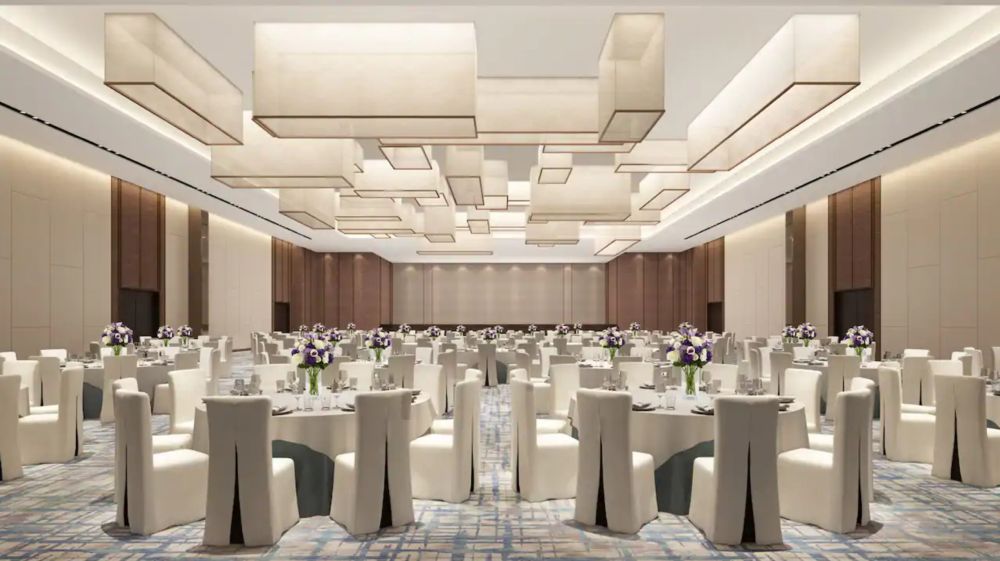 The breathtaking ball room of Hyatt Regency at Trichur, the cultural capital of Kerala 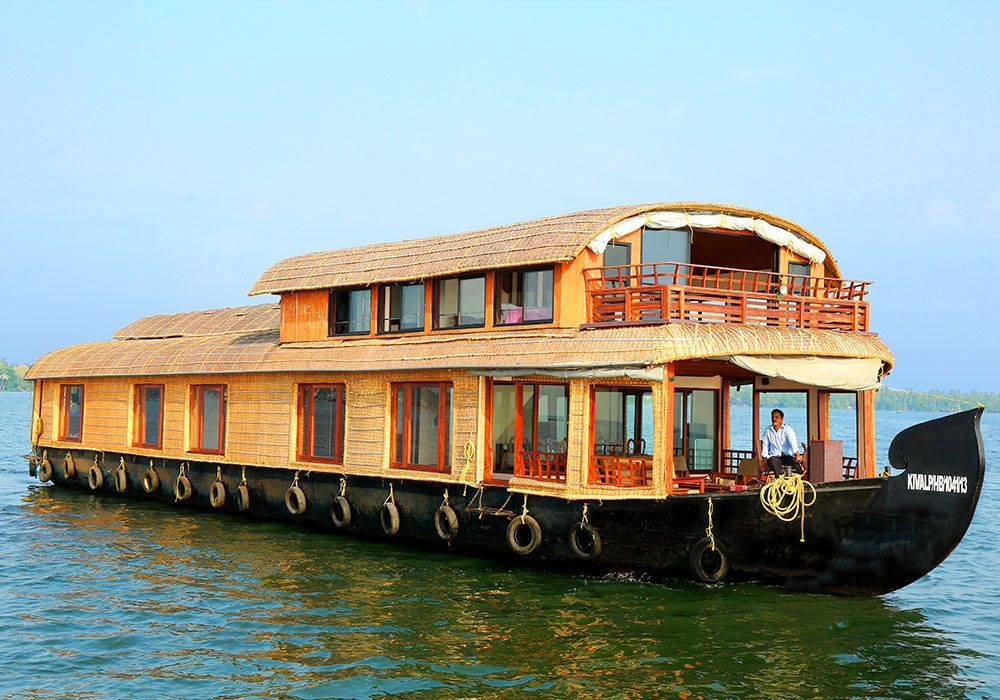 A typical Houseboat of Kerala 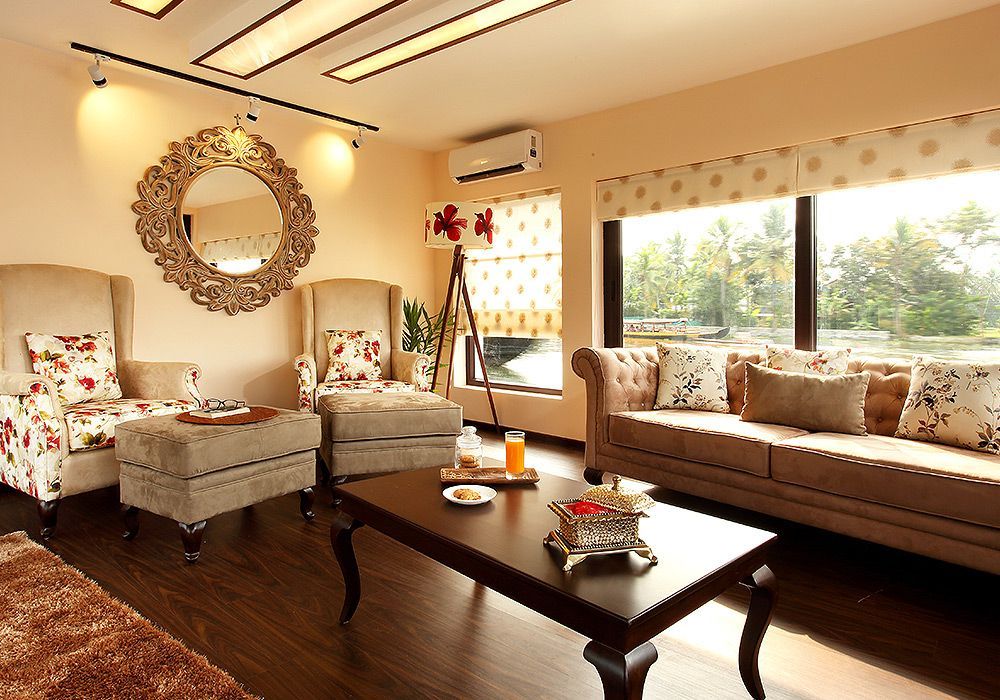 Could this be your tournament hall?

The third day, the games have been planned at the famous Marari Beach resort, at a beautiful location of a long sandy strip of beach surrounded by palm groves.

Thatched-roof houses in style of the local fisher-folk abodes, are unique attractions of Marari

While the fifth day's games have been planned at the Crowne Plaza Kochi hotel, the last two rounds will be in another unique location, Rasa Gurukul Heritage Village, a beautiful riverside retreat among the coconut and spice groves. 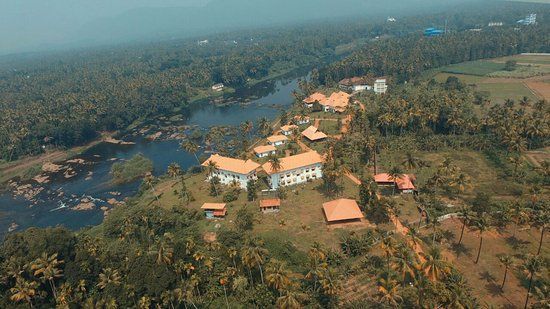 A bird's eye view of Rasa

Strewn across the itinerary are some of the unique experiences of Kerala which the organisers are offering for the players. A few of the best tourist attractions of the state are included among the list of visiting locations, typically in every afternoon and the rest day. 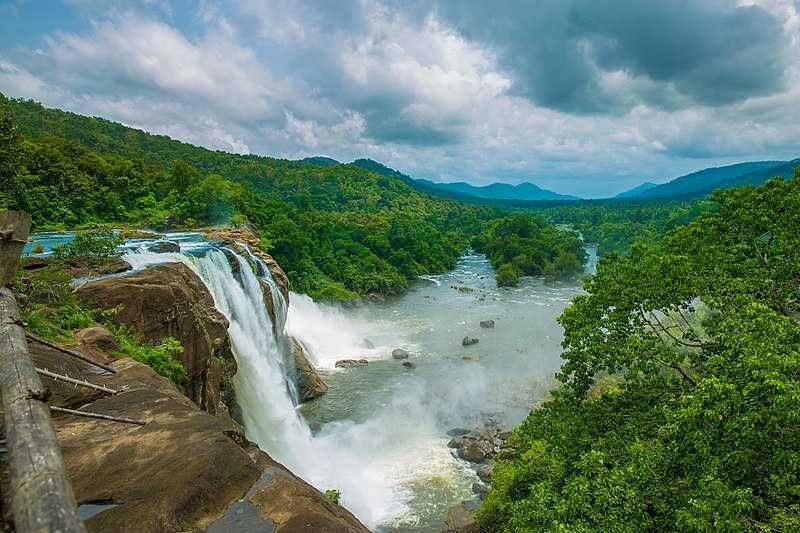 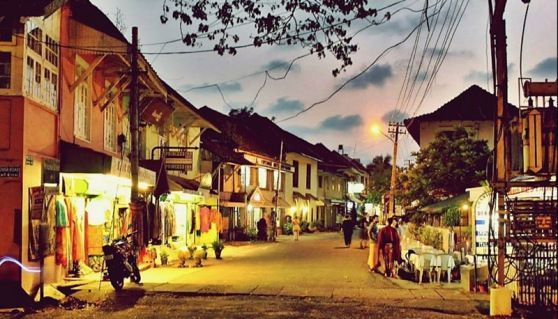 Fort Kochi, a nostalgic ambience of a bygone era 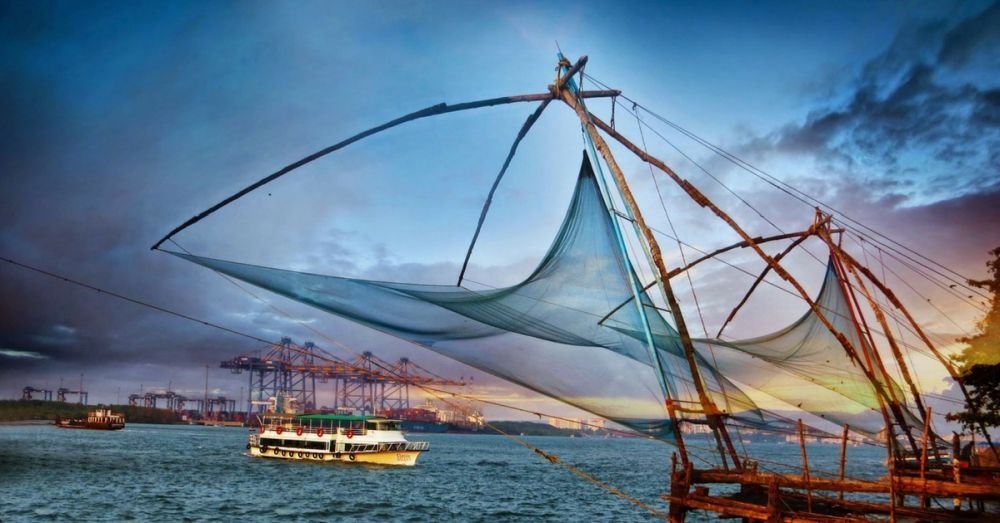 Kerala also being a land with a rich heritage, the organisers have promised some of the ancient arts of the state to be staged during the event. 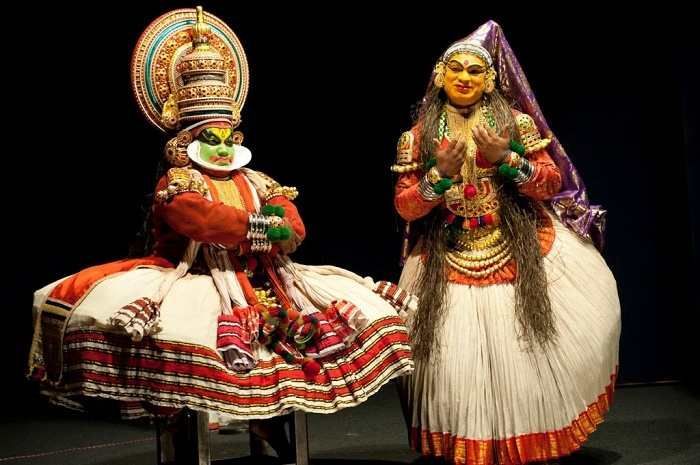 'Kathakali', an ancient art form of Kerala, with elaborately colourful makeup, masks and costumes, which blends dance, music and acting, with dramatization of stories from the Indian epics such as Ramayana and Mahabharata 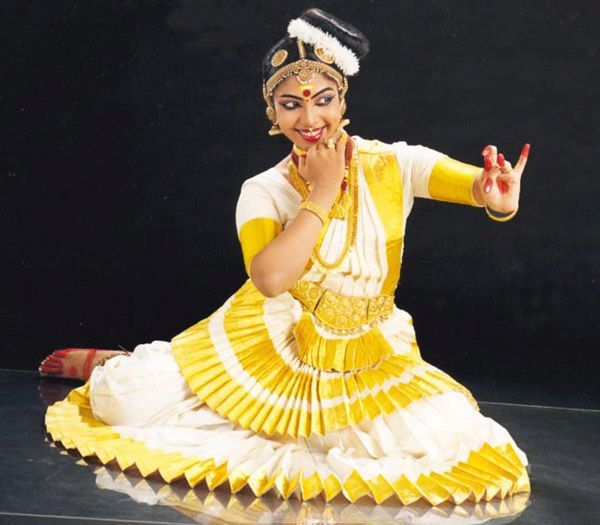 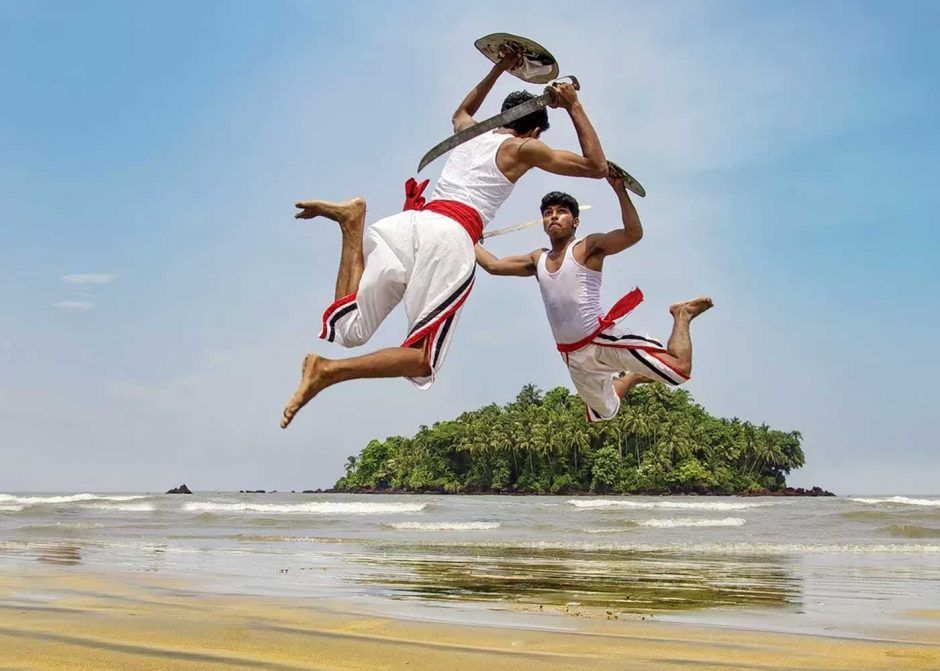 Kalaripayattu, an ancient battlefield martial art of the land, with unique weapons and combative techniques

The organisers aim to market the tournament with a complete package of Entry Fees with the inclusion of tournament entry, accommodation for 7 nights, food (exclusive of alcohol) and light refreshments between games, tickets for travel, sightseeing, activities & cultural shows, airport transfers and a friendly tournament. The packages have been pegged at:

Since the boats aren't expansive in size, the total entries are limited to the first 100 applicants.

The itinerary with more details of the tournament and the registration process can be found here . The organisers can be contacted at info@chesshouseboat.org, passedpawn@gmail.com and at +919446230888 (Mobile).