ChessBase India held an Online Blitz tournament on 19th November 2017 to commemorate the launch of Fritz 16. The tournament was open to the entire world and the first prize was Fritz 16 and worth ₹2799 plus two extra nights for free after the tournament in any Sunway accommodation, hotel or apartments plus, 3 free lunches at the Sunway Sitges hotel for 2 persons. This type of first prize was offered in a ChessBase Online tournament for the very first time. IM Adham Fawzy of Egypt won the tournament and funny thing is, he was not even aware of the tournament until two hours before the tournament started. Read more to find out how he decided to play the tournament. 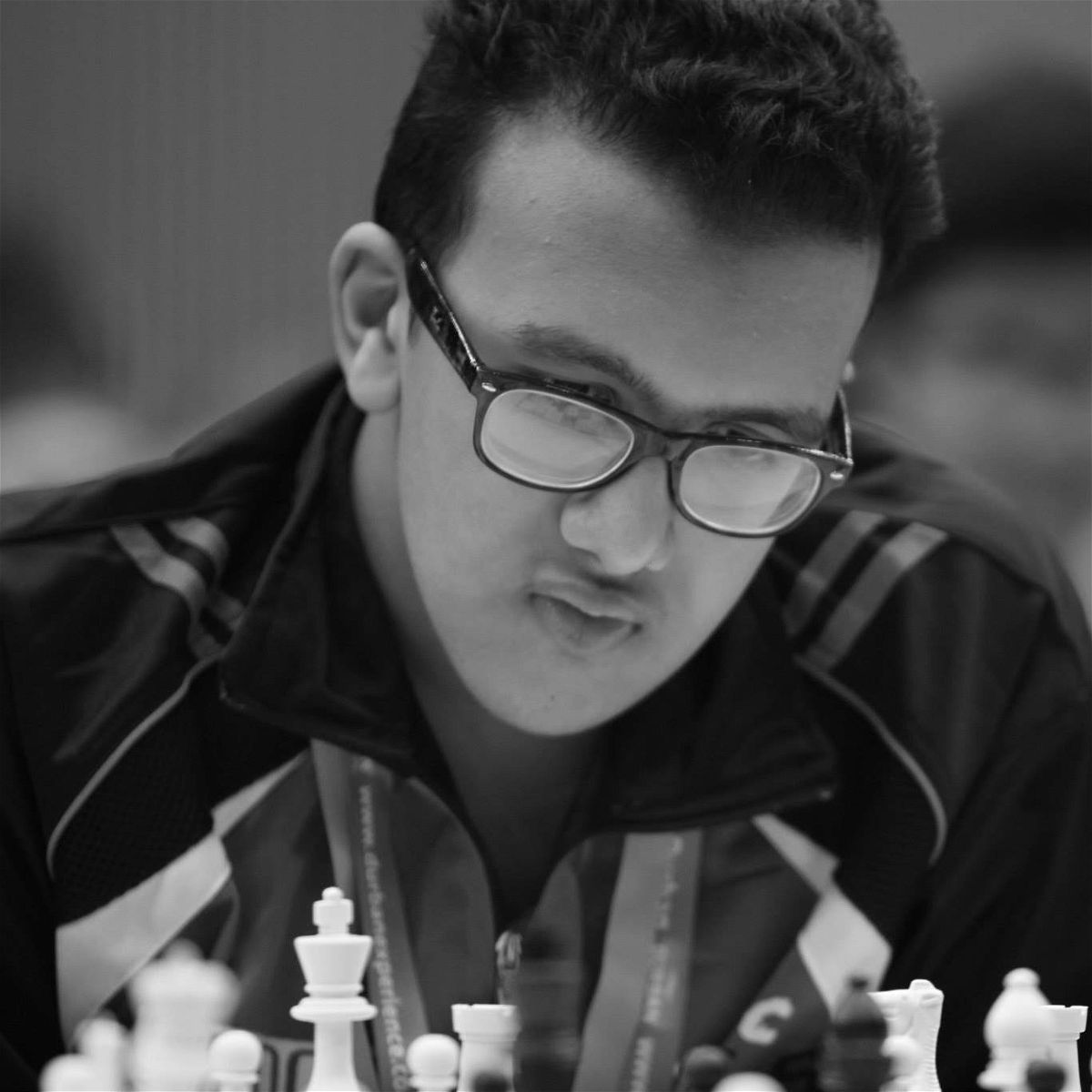 This is what he had to say when ChessBase India reached out to him:

"First I'd like to thank you for your quick response and the facebook post you posted on your page, it was very nice. How I played the tournament is a funny story, I hadn't known about it until 2 hours before it started when I saw it on the chat on the playchess server then decided to play and have some fun! It was nice, some games I was worse and sometimes losing but managed to win in the end, that's how blitz is. It was greatly organized and finished quickly so that was very good.

I apologize for not going to Sitges due to my studies, but it was great playing this tournament and hope that I'll have the chance to play in your upcoming tournaments in the future."

Here is Adham's (Onlyforchess) last round game against IM Swayams Mishra (Mr bh6) from the tournament:

The other loss was against Johnking

After 9 rounds, three players finished at 7 points and they are Fawzy Adham, Mitrabha Guha and Swayams Mishra. Fawzy was declared champion due to a better tie-break score, Mitrabha had to settle for first runner up and Swayams with second runners up position. Swayams was unable to play the first round due to some technical issue.

Here are the final standings of the tournament: 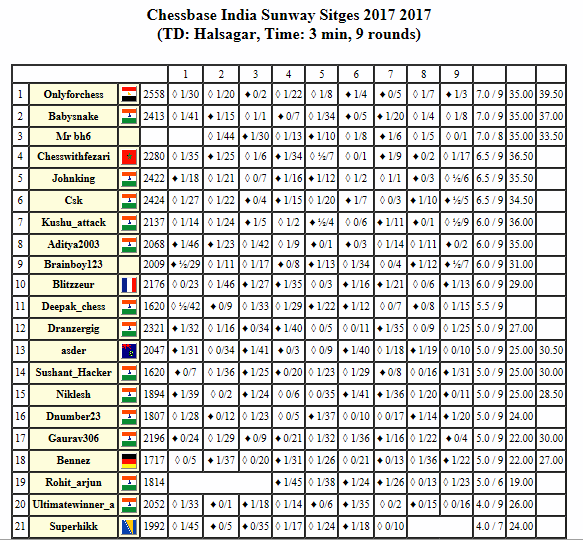 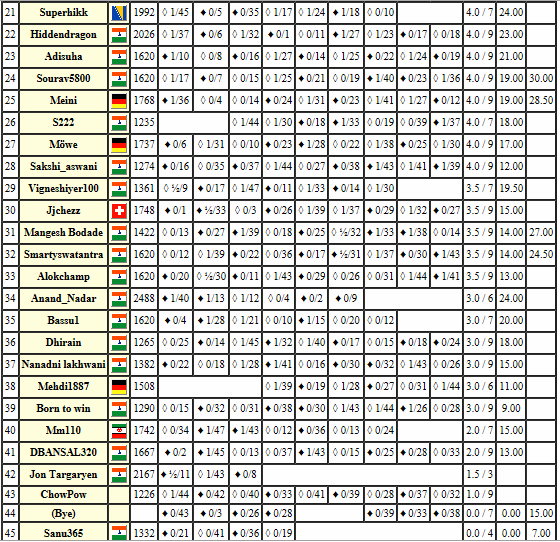