Scoring two wins and a draw apiece in their last two games, Nihal Sarin and SL Narayanan have made it into the 16 way tie for fourth, after six rounds at the Abu Dhabi Masters. GM Murali Karthikeyan and Aravindh Chithambaram are also in this 16-player-group with a score of 4.5/6. Meanwhile, Anton Korobov and Daniil Dubov emerged as tournament leaders winning their sixth round games. Three rounds still remain to be played and with all players revving up their engine, the spectators have every reason to look forward to some thrills.

Three rounds were played in the two days after the rest day at the Abu Dhabi Masters. At the conclusion of the sixth round, two leaders have emerged: Daniil Dubov and Anton Korobov. Both players have scored 5.5/6 and are half point ahead of their nearest rivals. The Indian charge is led by IM Nihal Sarin who is in a tie for fourth at 4.5/6.

Nihal has caught pace since his third round loss against GM Amin Bassem. The 14-year-old has scored 2.5 points in his next three games. This also includes a draw against the third seed of the tournament, GM Ivan Cheparinov, in round 5.

Nihal’s round four game against Australian International Master, Junta Ikeda was especially noteworthy. Putting behind the previous round loss, Nihal blew the war-horn with 5…b5, drifting the game into a Nimzo-Indian and Benko hybrid. The ensuing position, although sharp, remained equal for the most part but Ikeda began to crack around move 18. 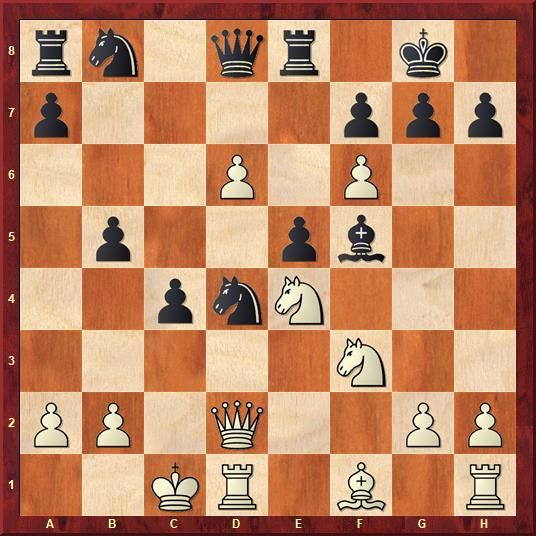 The position is about equal here after the active response, 18.Qg5. But white decided to simply protect the e4 knight with 18.Re1. At the surface, this looks rather harmless but white is already lost in this position! Over the next few moves, black just swung his queen over to g6 via d6 and after this, it was just curtains! 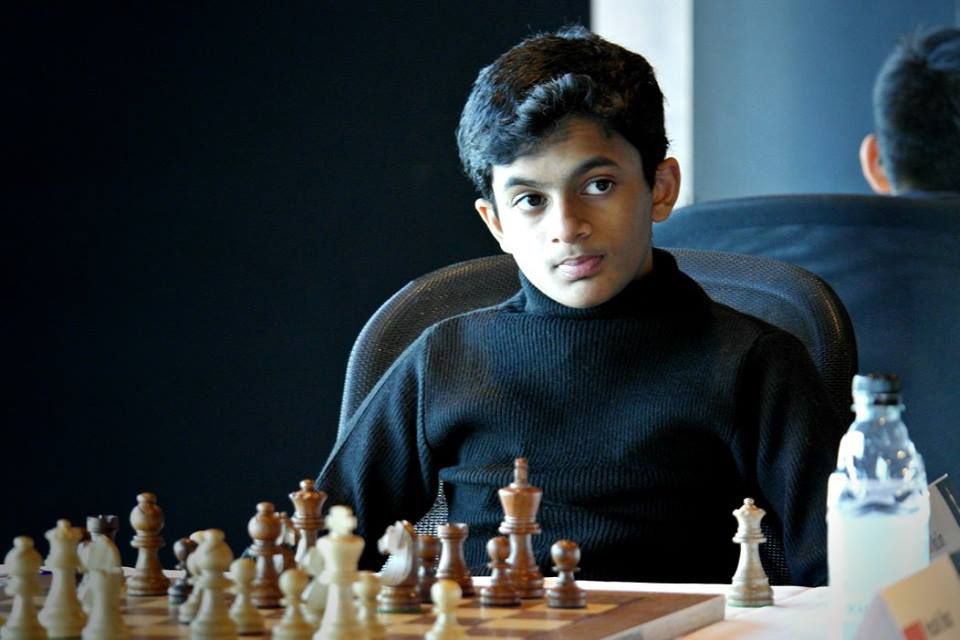 IM Nihal Sarin came back with a bang in round 5 with an emphatic win over IM Junta Ikeda | Photo: Fiona Steil-Antoni

Another interesting finish was seen in the game between SL Narayanan and Gunay Mammadzada. Gunay had had a great start to the event winning both of her first two games, including a win against GM Abhijeet Gupta in round two. But like Narayanan, she had also lost in the third round and both players must have been eager to come back with a victory.

Narayanan had the better position for the most part of the game that began with a closed Sicilian Defence. With the white pieces, the Indian GM had managed to get into a heavy piece endgame with a pawn’s surplus. 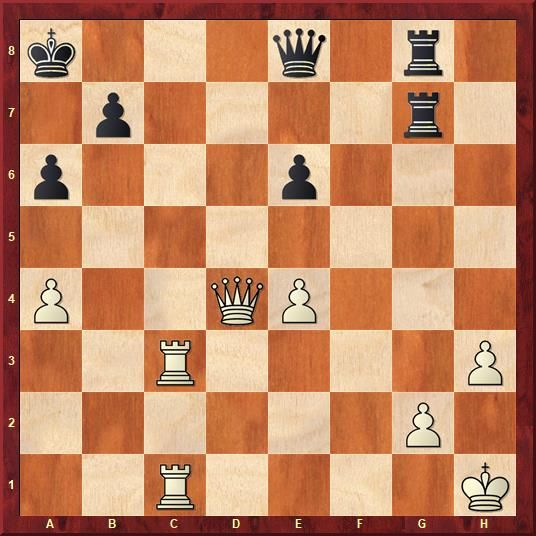 Over the last few moves, Gunay had made some inaccuracies and had allowed Narayanan to generate some initiative and get the better position. But her next move really messed everything. Black played 43…Kb8? here, allowing the sweet tactical shot 44.Qe5+ Ka7 45.Rc8! The game, of course, did not last any longer. 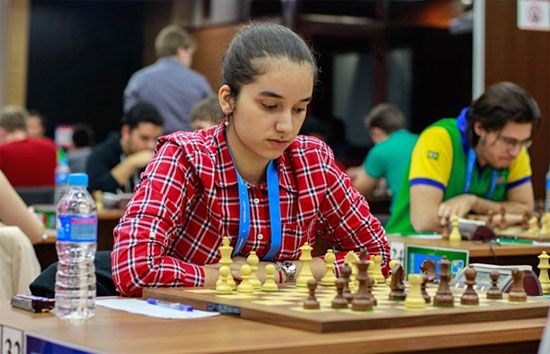 Alongside Nihal Sarin and SL Narayanan, round five saw P Iniyan shine against much higher rated GM Sanan Sjugirov. Nihal Sarin, in the meanwhile, drew against the third seed of the tournament Ivan Cheparinov on board eight and SL Narayanan won his second straight game of the day against IM Oliver Dimakiling.

For Sanan Sjugirov, the Leningrad Dutch went quite badly wrong against P Iniyan. The Russian GM found himself in trouble right out of the opening. Generating a strong initiative on the black king, Iniyan liquidated into a rook and minor piece endgame where he had two extra pawns. Sjugirov did manage to win back one of his pawns but Iniyan had no problems converting.

Iniyan scored a comfortable win over Sanan Sjugirov after the latter stumbled in the opening | Photo: Amruta Mokal

An almost similar scenario was seen in the game between Nihal Sarin and Ivan Cheparinov. In a Sicilian Scheveningen, Nihal chose the aggressive Keres attack and had put Cheparinov on the back foot throughout the game. In the rook and bishop endgame that ensued, Nihal was even winning at some point but the Thrissur lad was unable to make the most of the situation and ended up conceding a draw. 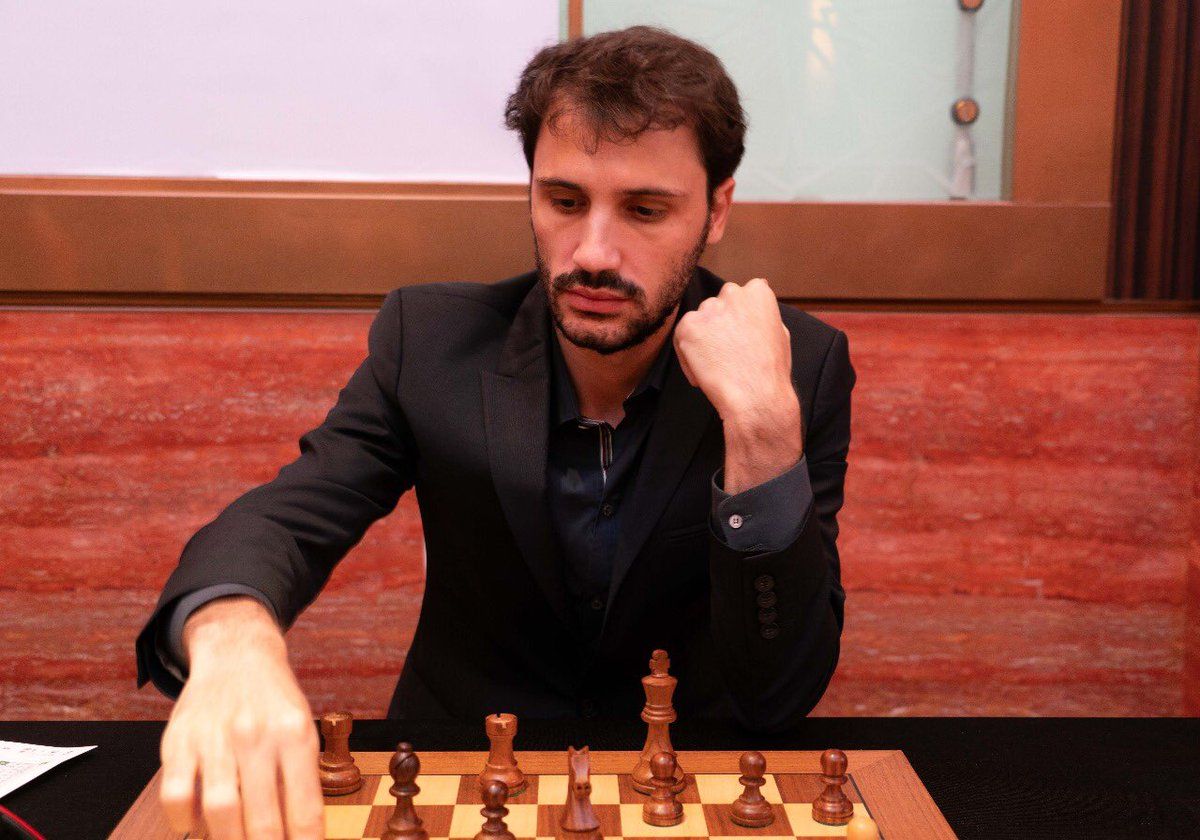 GM Ivan Cheparinov was on the backfoot for the most part of his game against IM Nihal Sarin | Photo: Abu Dhabi Chess Festival on Twitter

SL Narayanan also had an extra pawn in his game against Oliver Dimakiling. However, in this game, Narayanan also had a strong initiative alongside the pawn. Within 26 moves of an English Opening, the game had reached an endgame where Narayanan had an extremely active queen. It took about 25 moves more but Narayanan did manage to catch the white king in a mating net. 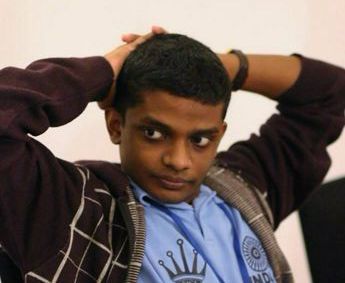 In the sixth round, Nihal beat another Grandmaster rated almost a hundred points higher rated than him.  This time around, Nihal had the white pieces against Romanian GM Parligras Mircea-Emilian and played in the good old classical style. The two discussed the Exchange variation of the Queen’s Gambit Declined. Nihal went for the tried and tested queenside minority attack in the middle game while his opponent sought counterplay on the kingside. Within 30 moves, Nihal had managed to reach an endgame with an extra pawn and converted with ease. 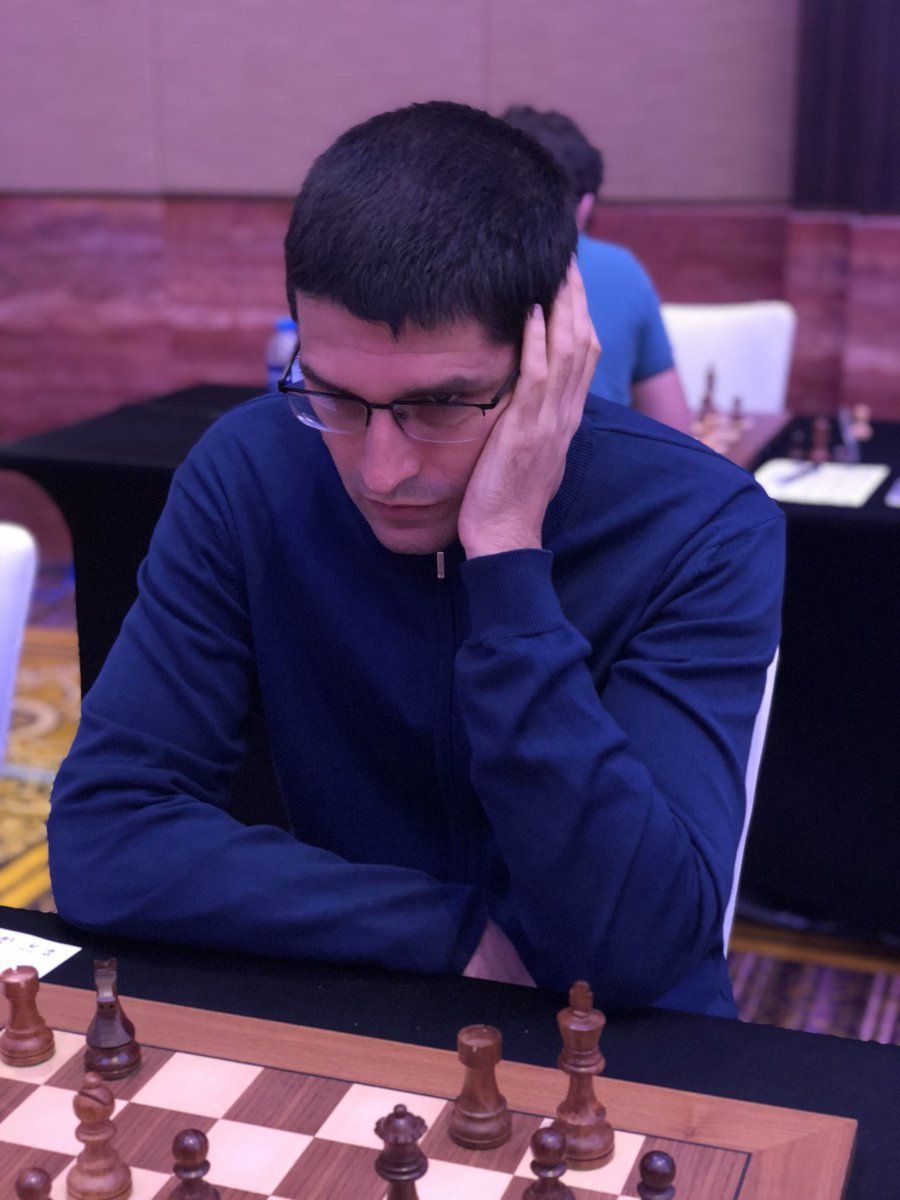 Meanwhile, Anton Korobov stunned the fourth seed of the tournament, GM Wang Hao to take the tournament lead. Quite uncharacteristically, Wang made back to back errors in the middle game and ended up in a lost position within 35 moves. GM Daniil Dubov also caught up with Korobov after scoring an emphatic win with black against GM Levan Pantsulaia. Two leaders will face each other in round seven. Among the Indian players, SL Narayanan, Aravindh Chithambaram, Nihal Sarin and Murali Karthikeyan are in a 16-way tie for the fourth place at 4.5/6.