This was the last double round day at the SBI Life AICF Women Grandmaster Invitation Round Robin that is currently in progress in Mumbai. And we saw a lot of action! Overnight leader Guliskhan Nakhbayeva looked untouchable at this event and was racing ahead with 4.0/4. She was stopped in her tracks by Gulrukhbegim Tokhirjonova. After six rounds we now have two leaders: Nakhbayeva and Vo Thi Kim Phung, both of 4.5/6. But the performer of the day was surely Srija Seshadri who first took advantage of Hagawane's plain oversight and in the evening played a beautiful Tal-like rook sacrifice to beat Divya Deshmukh.

After four rounds Guliskhan Nakhbayeva was in great form with 4.0/4. However, in the fifth round she found her match in Gulrukhbegim Tokhirjonova. The Uzbek WGM played a risky opening with black and Nakhbayeva wasn't resolute in taking advantage of her errors. Black's dubious opening play went unpunished and White landed in an inferior position. 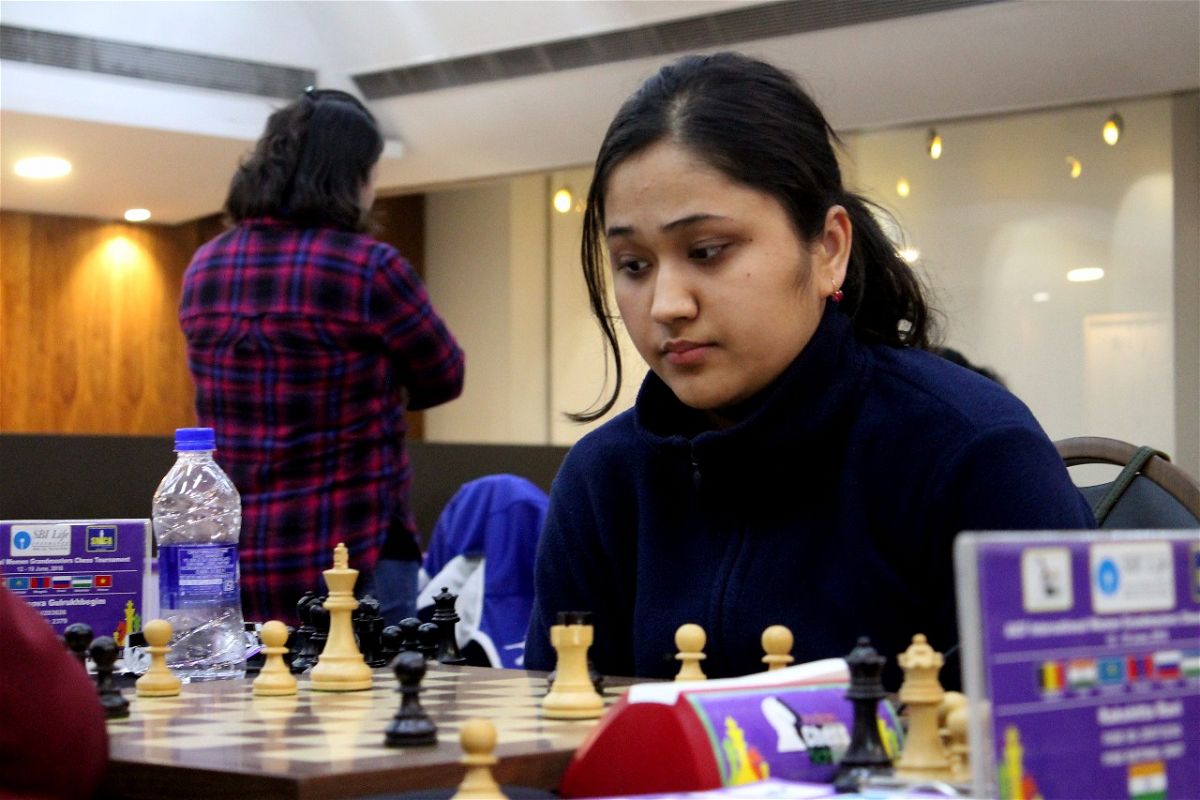 One player who performed exceedingly well on the fourth day of the event was WIM Srija Seshadri. Srija scored two wins. In round five she got the better of Aakanksha Hagawane, while in the sixth she beat Divya Deshmukh. Let's have a look at both the games:

A mistake unique to Pune girls!

The game between Srija and Aakanksha was a very interesting one. It followed the same path as Daulyte versus Karavade from the Turkish Team Championship. And on the 22nd move for Black both Eesha in 2017 and Aakanksha in 2018 blundered with the same queen move! 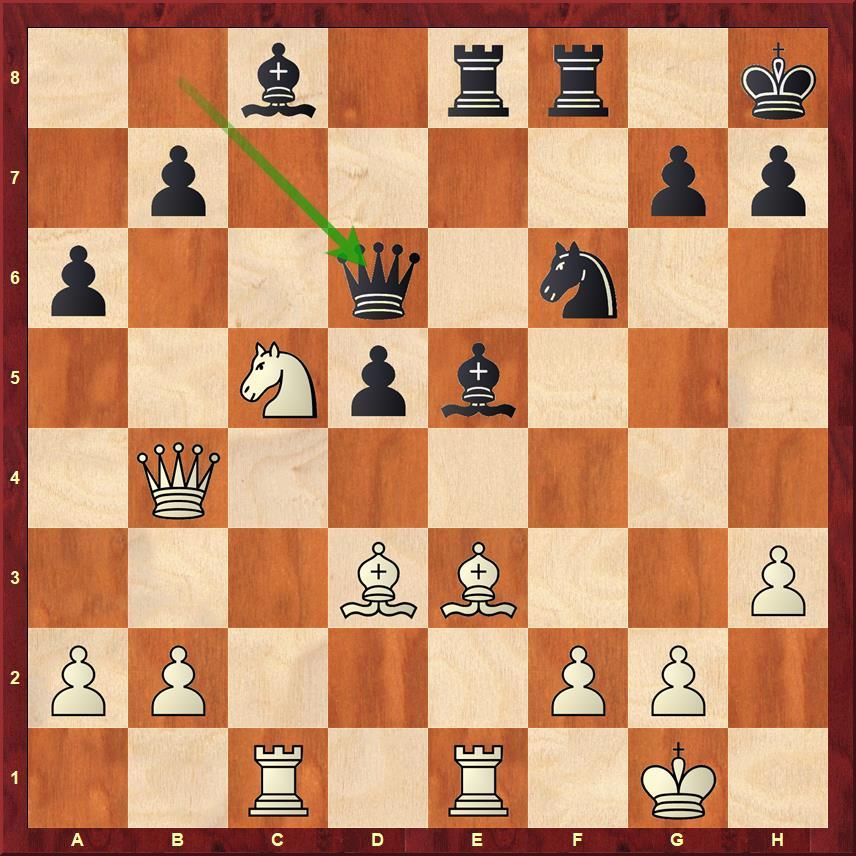 Both Eesha and Aakanksha had missed that 23.f4! simply wins a piece. A mistake that has occured in two games and both committed by Pune girls! 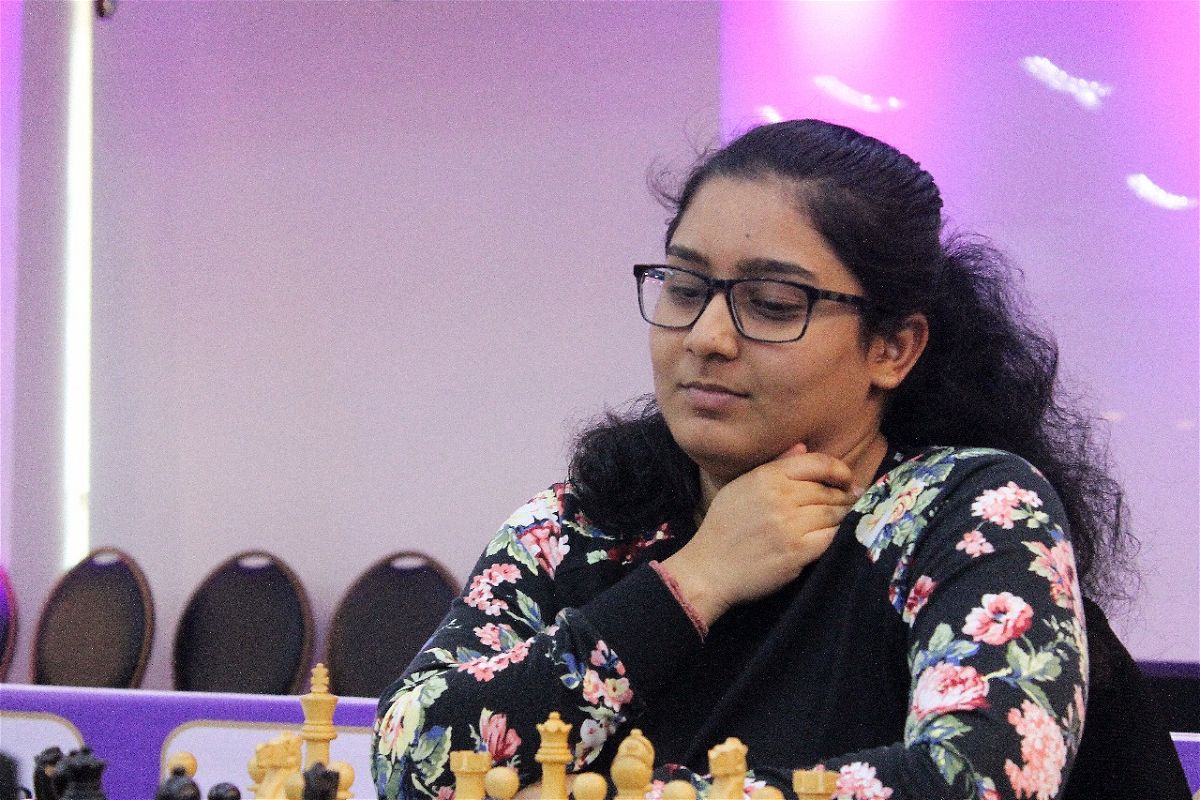 Usually Aakanksha doesn't blunder in this fashion, but today was an exception | Photo: Supriya Bhat 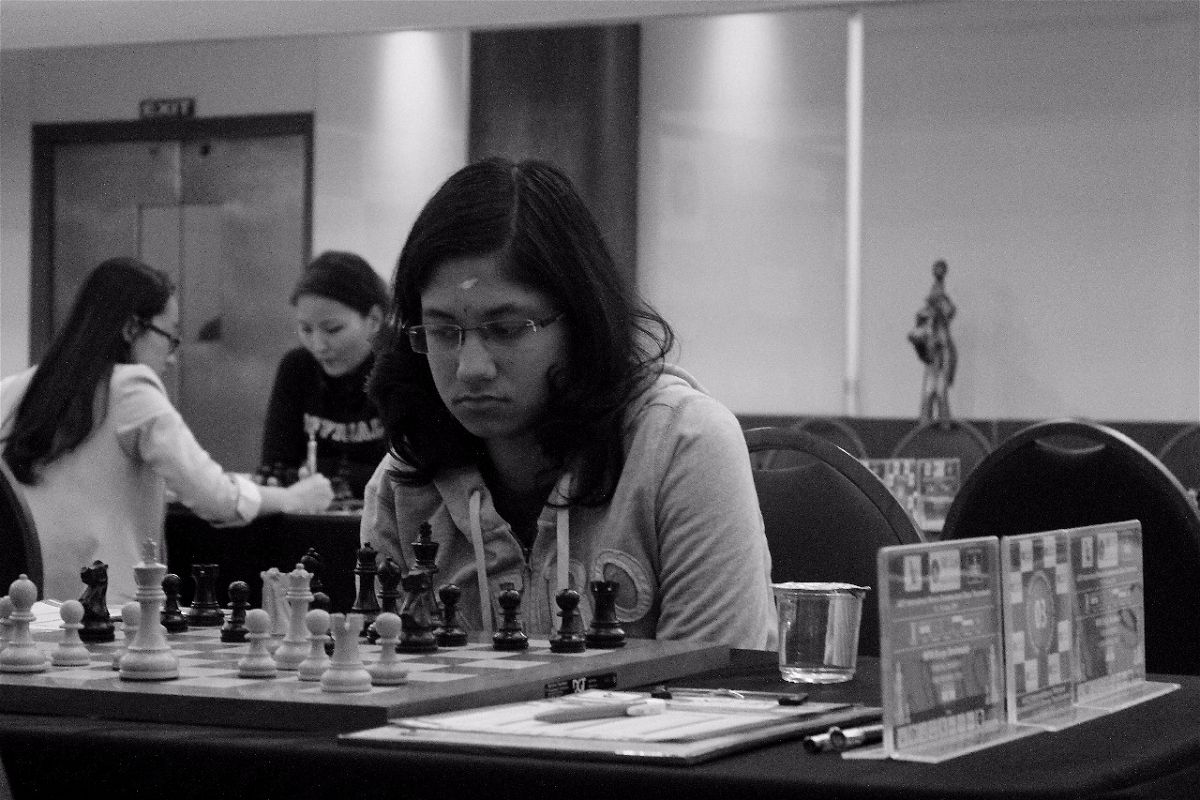 In the sixth round, Srija showed brilliance that reminded us of the great Mikhail Tal! | Photo: Supriya Bhat 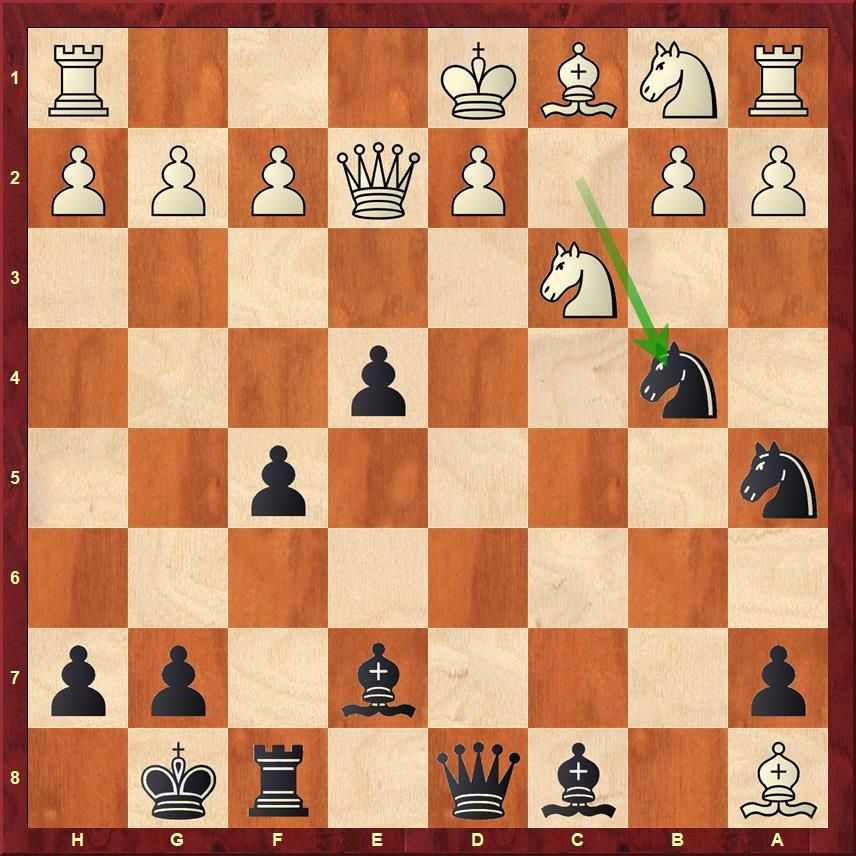 Have a look at this position. Instead of taking on a1, Srija played her knight to b4! She is now a rook down but had full faith in the dynamic possibilities of her position! Whether the sacrifice is correct or not remains to be seen, but having a look at the queenside forces, it is enough to convince anyone that White is in trouble! Here' the game annotated by our junior author Avathanshu Bhat: 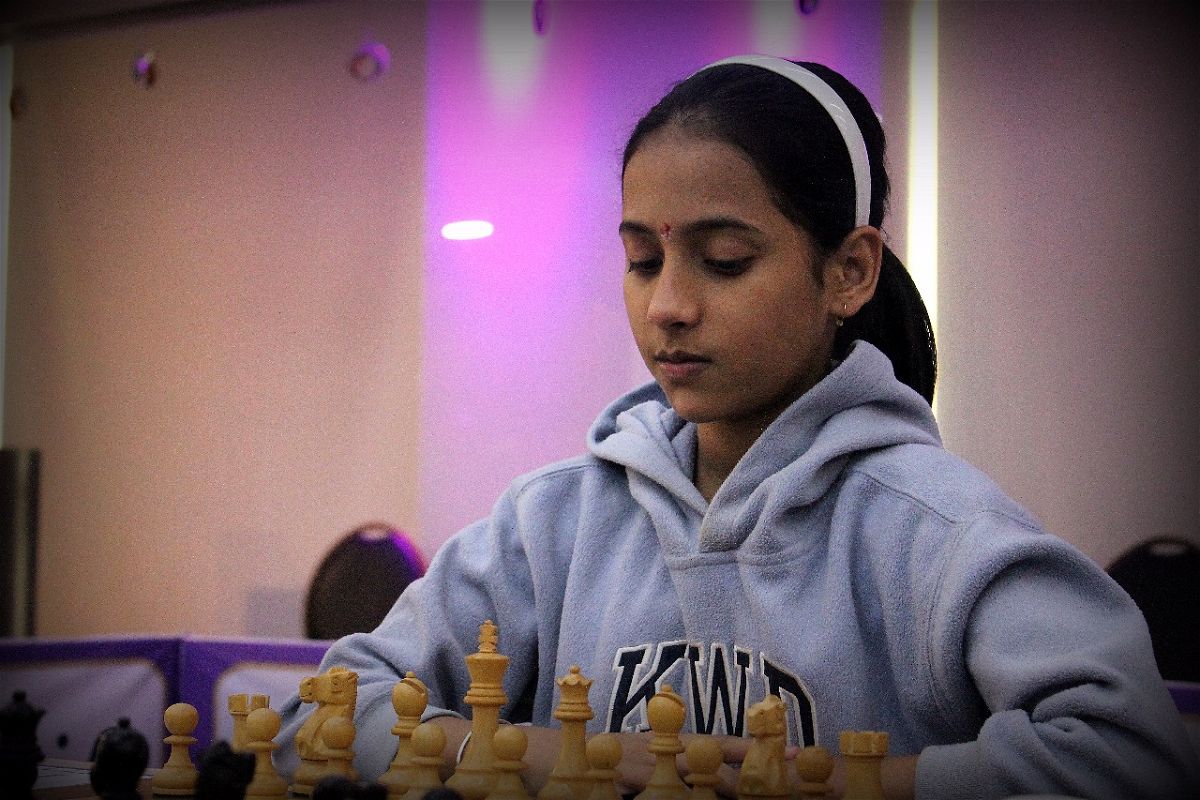 Divya has not been in the best form at this event, but no one can deny that all these losses are helping her become a stronger player | Photo: Supriya Bhat 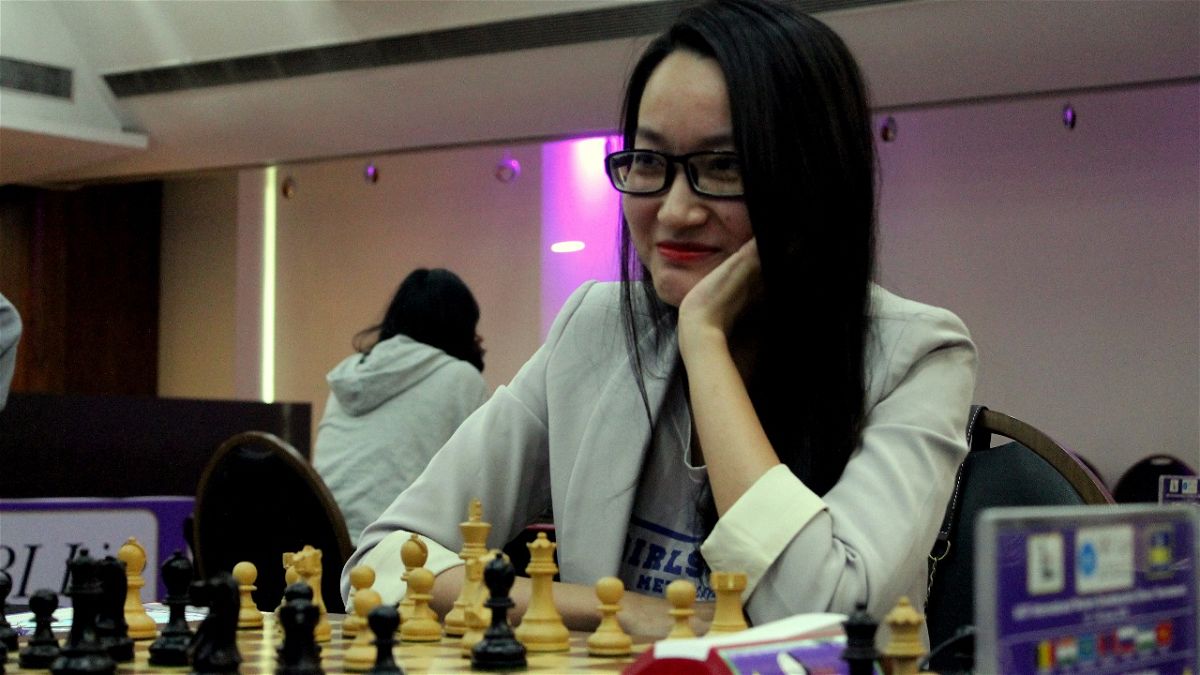 After Nakhbayeva's loss in the fifth round, Vietnamese WGM Vo Thi Kim Phung has joined the leader with a score of 4.5/6 | Photo: Supriya Bhat 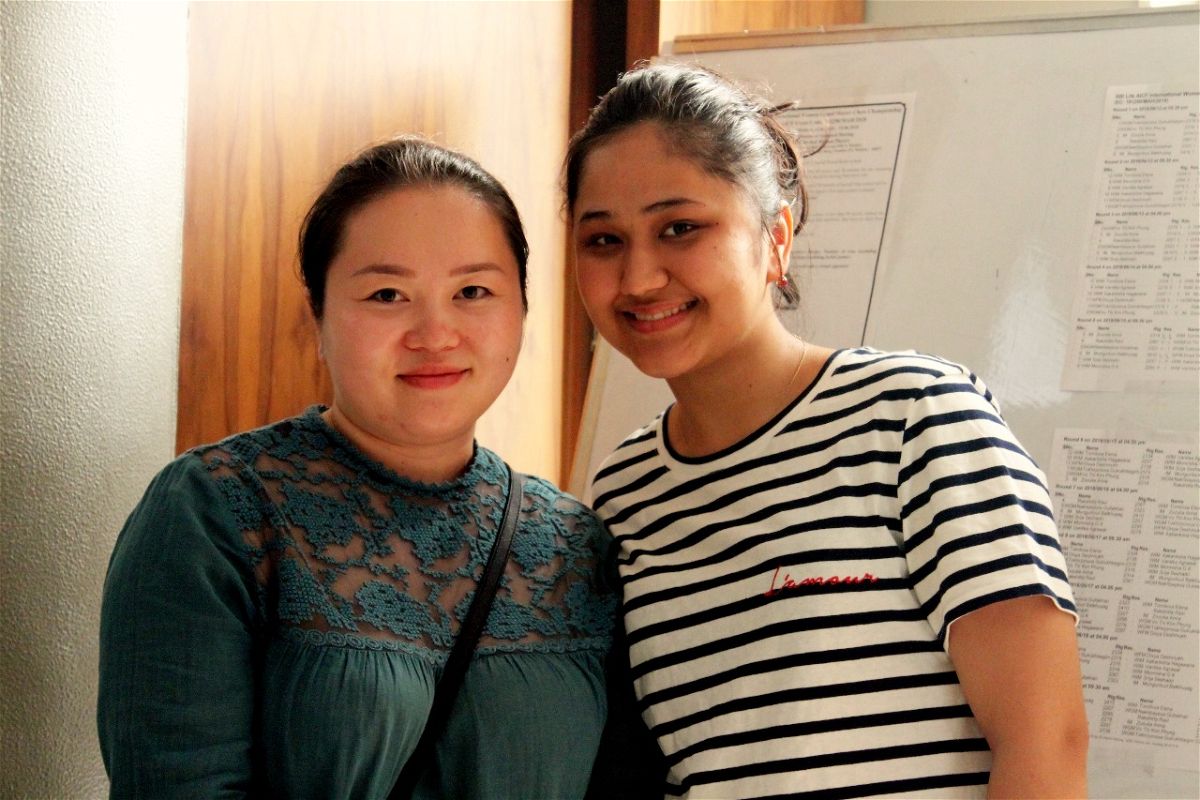 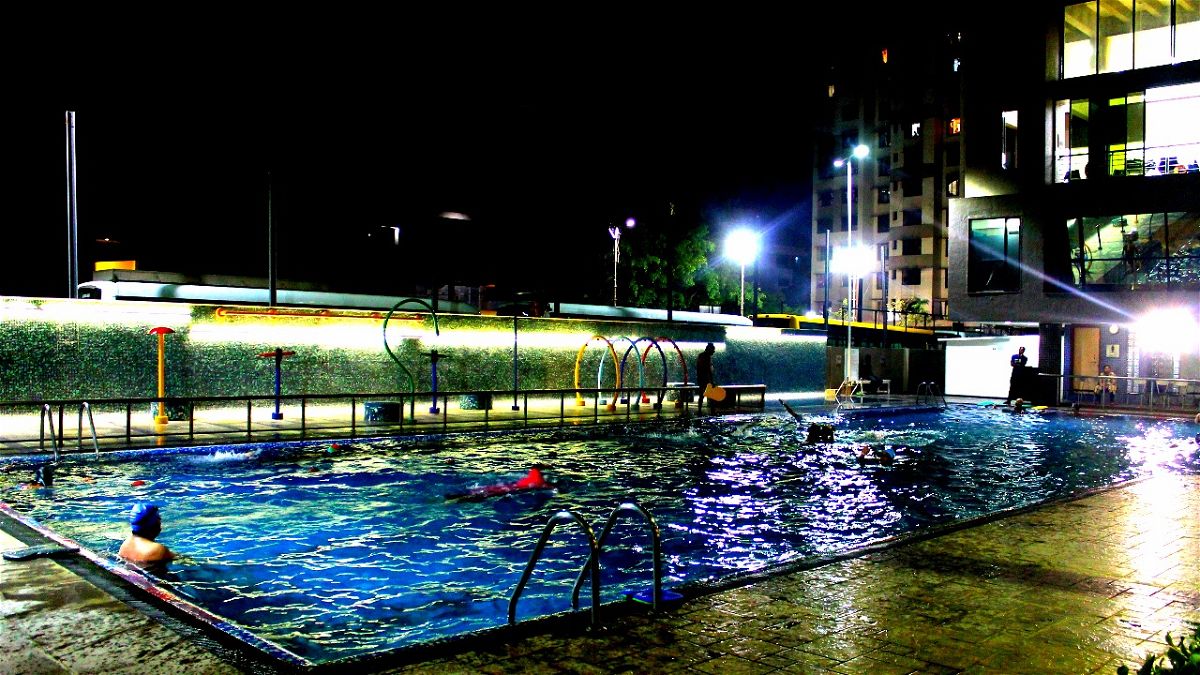 A view of the beautiful swimming pool at the Acres Club at night. The players have all the sports facilities right from badminton, to table tennis to swimming at their disposal to remain fit during this stressful event! | Photo: Supriya Bhat

Ranking crosstable after round 6