A great initiative by AICF for women's chess in India!

Spending on prize money of tournaments is not something that AICF would like to indulge in. But the current team in AICF led by Bharat Singh Chauhan have felt that the growth of woman chess in India is of paramount importance and hence have decided to sponsor the prize fund of SBI Life AICF Women's Grandmaster Round Robin event to the tune of 7.5 lakh. This is an investment in the future of Indian women's chess as six of our most talented youngsters get a chance to face six well-established international opponents and fight for their WGM norms. Four rounds have been completed and Nakhbayeva from Uzbekistan leads with a perfect 4.0/4. We have a detailed report with a video of the unique opening ceremony!

The All India Chess Federation is very serious about woman improvement. They have instituted two events this year where six of the strongest non-WGM players of our country will fight it out against international WGMs in a bid to achieve their norms. The entire prize money of Rs.7.5 lakh for the event has been sponsored by All India Chess Federation. The tournament is organized by Indian Chess School and South Mumbai Chess Academy. One of the participants, and leader of the tournament Kazakhstan's Gulishkhan Nakhbayeva said, "It is simply a fantastic idea by the Indian Chess Federation. I hope that the Kazakhstan chess federation would have something similar back home!"

The playing hall of the tournament is comparable to that of any super tournament! 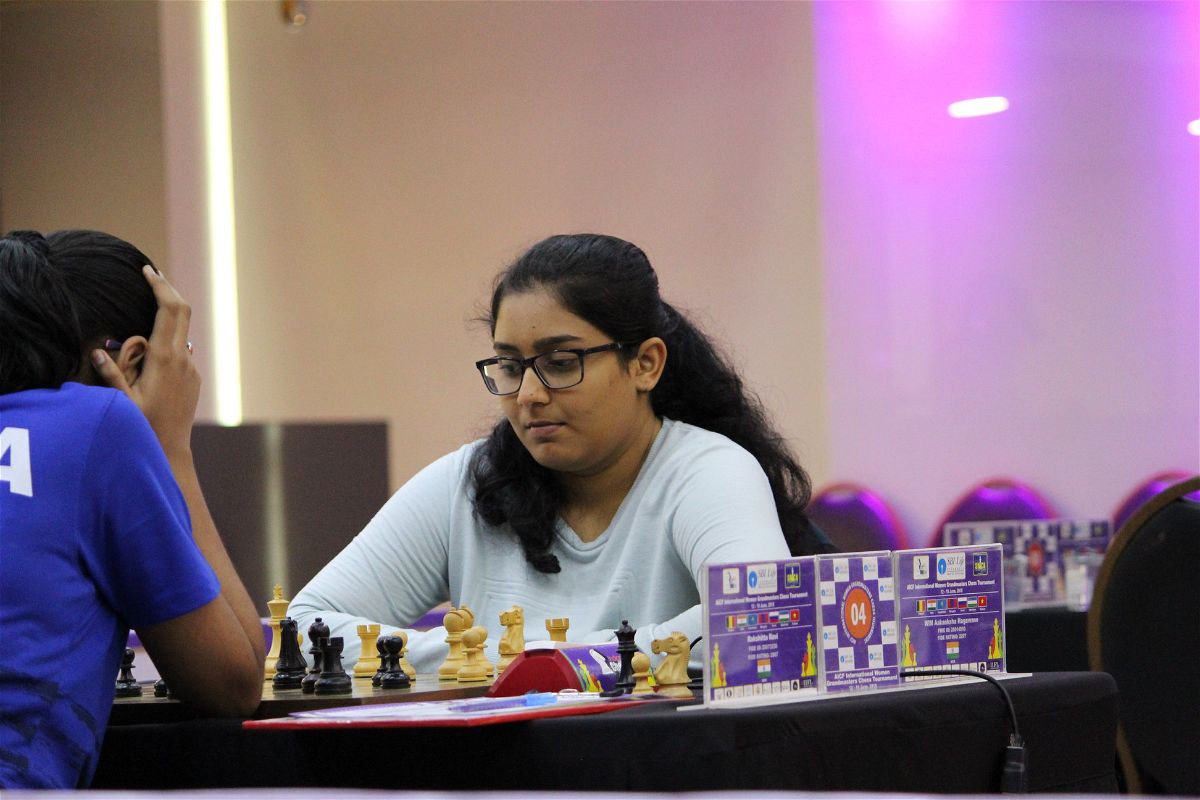 WIM Aakanksha Hagawane is the strongest Indian player and has had the best performance with 2.5/4 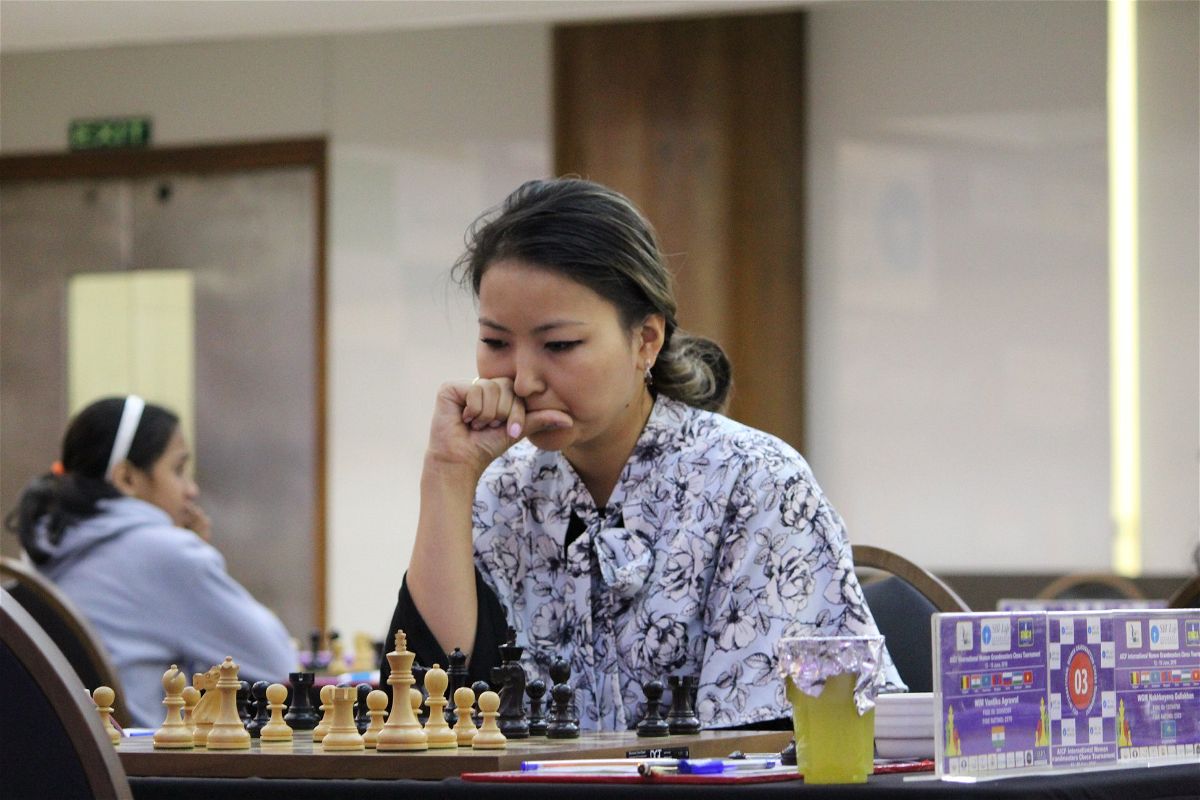 Nakhabyeva is the third ranked woman player from Uzbekistan. Recently she has been under the shadow of two highly talented Kazakh girls Dinara Saduakassova and Zhansaya Abdumalik. But with the amount of experience that Nakhbayeva has, you can never count her out. At the SBI Life AICF Woman's Grandmaster event

In her game against Divya Deshmukh, Nakhbayeva played all the logical moves and got a good position out of the opening. The position was interesting and with opposite side castling it seemed as if we were in for a treat. However, the little girl from Nagpur blundered big time and got checkmated. 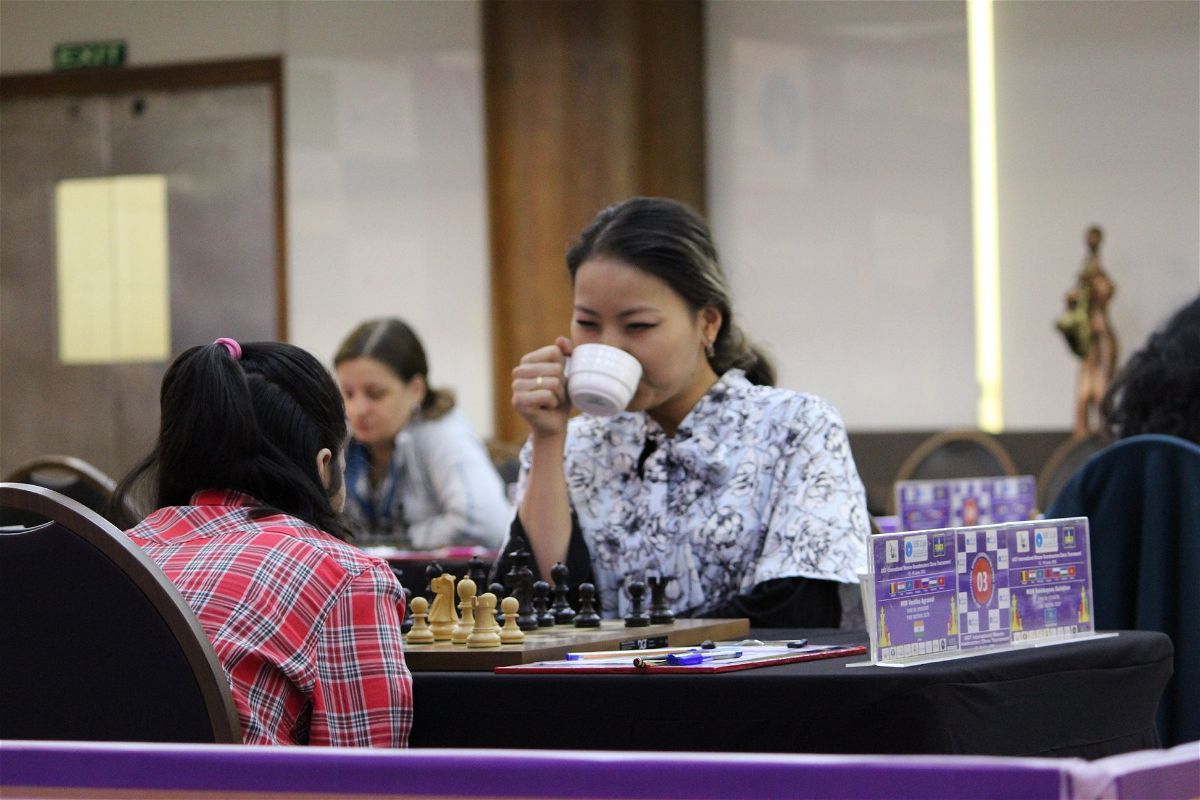 In the third round Nakhbayeva scored a very interesting win in the Grunfeld against Aakanksha Hagawane. In a topical line of 7.Qa4+ Nakhbayeva went for an exchange sacrifice and was soon left searching for compensation. Aakanksha got a bit impatient and let her opponent get a lot of counterplay. Instead she could have remained calm and got a decent edge. Here's the game for you to go over and learn how to shift from attacking your opponent's king, to queening your pawns! 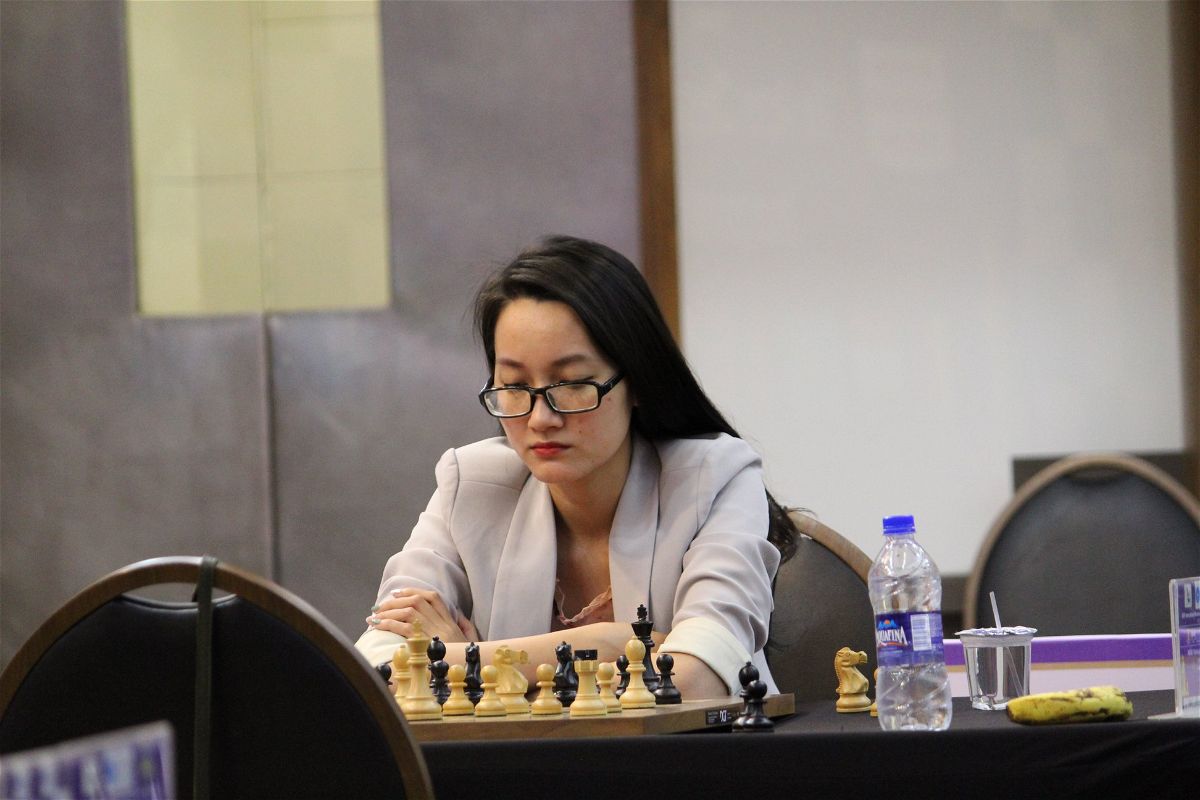 Vietnamese Vo Thi Kim Phung is on 3.0/4 with two wins and two draws 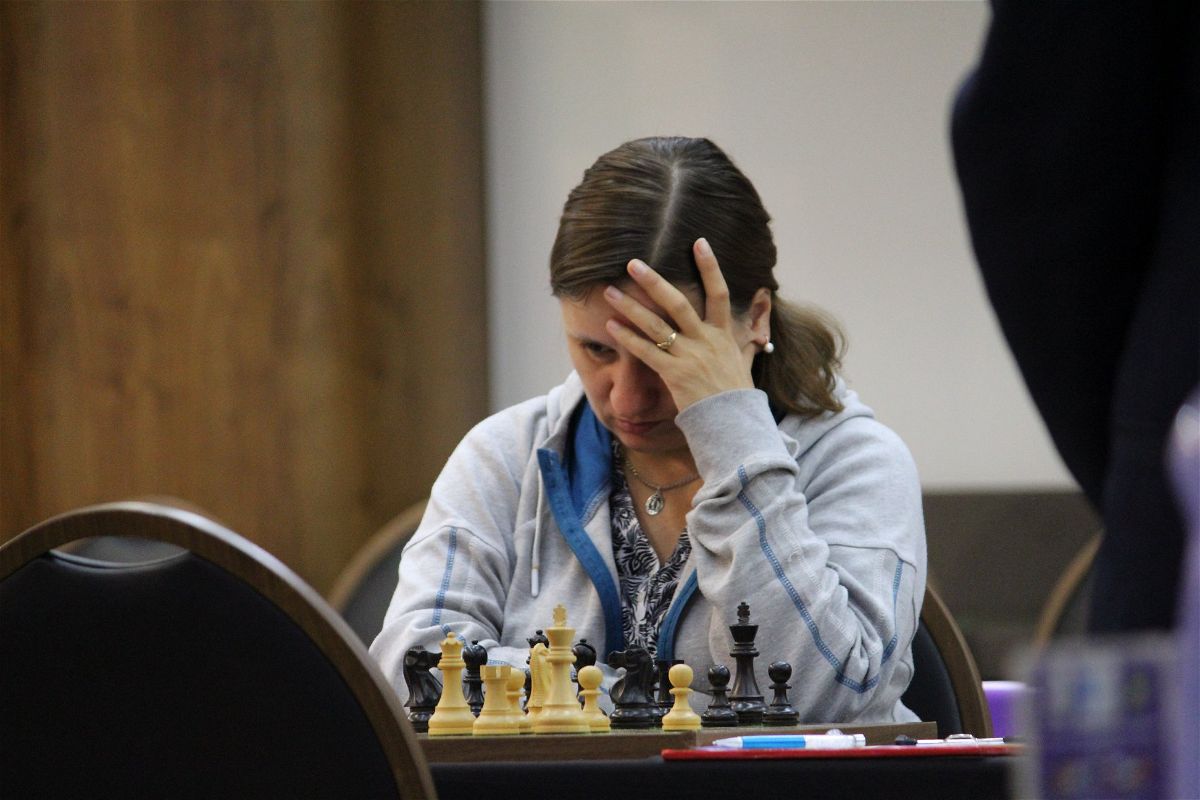 Anna Zozulia is currently on 2.5/4 with three draws and one win

The Indian players are clearly struggling. Apart from Hagawane, all the five spots in the bottom of the table are taken up by the Indian players. But then isn't this the reason why we invited these strong women players? This will prove to be one of the best learning process for our girls. Usually to play against such high rated opposition you have to travel to places, spend so much of money. But here the players have come in your own backyard and you are getting all of these lessons for free (Alright, in return for a few Elo points!). We can hope for a positive comeback by the Indian girls, but even if they don't I think we shouldn't really mind it!

When you have Praful Zaveri from Indian chess school as the organizer, you can always expect something different and so was the case at the opening ceremony of SBI Life AICF Woman Grandmaster Round Robin event.

Enjoy this short video capsule that gives you the feel of the opening ceremony! 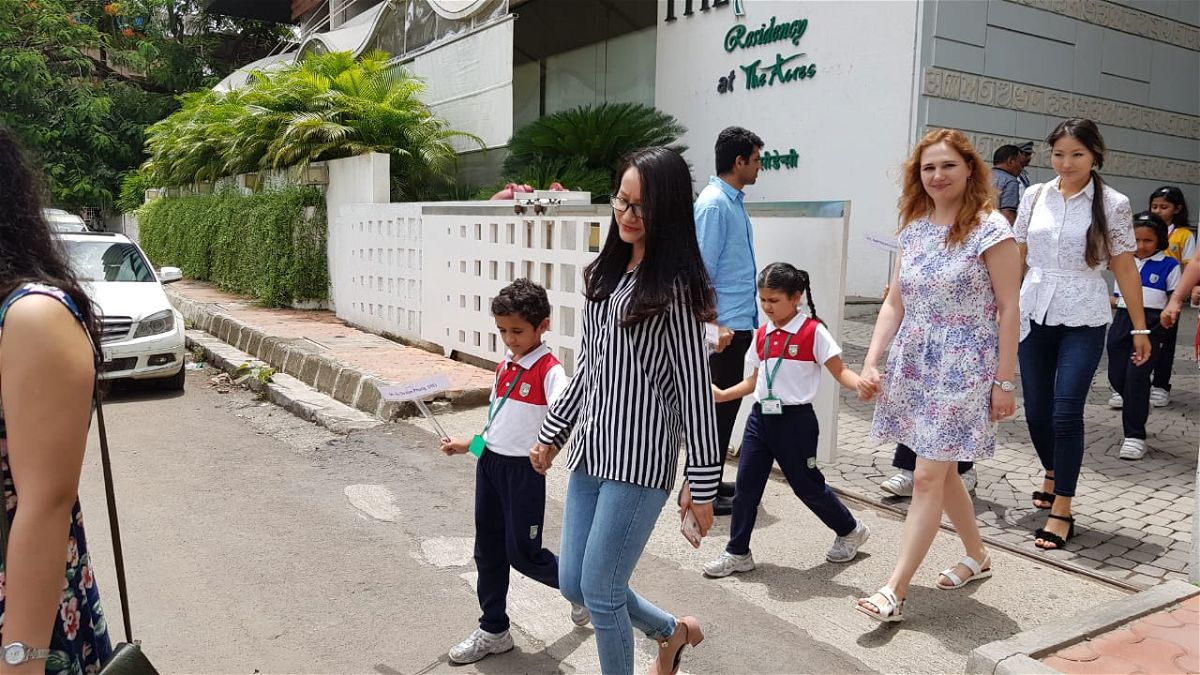 The players were made to feel special! 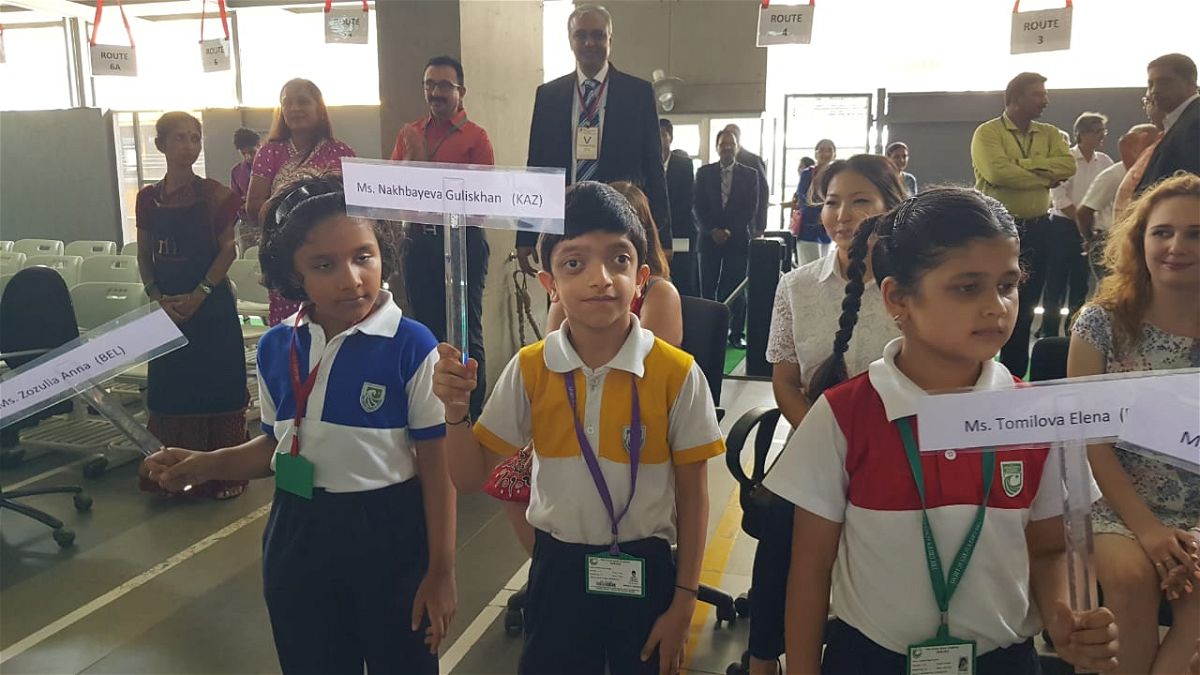 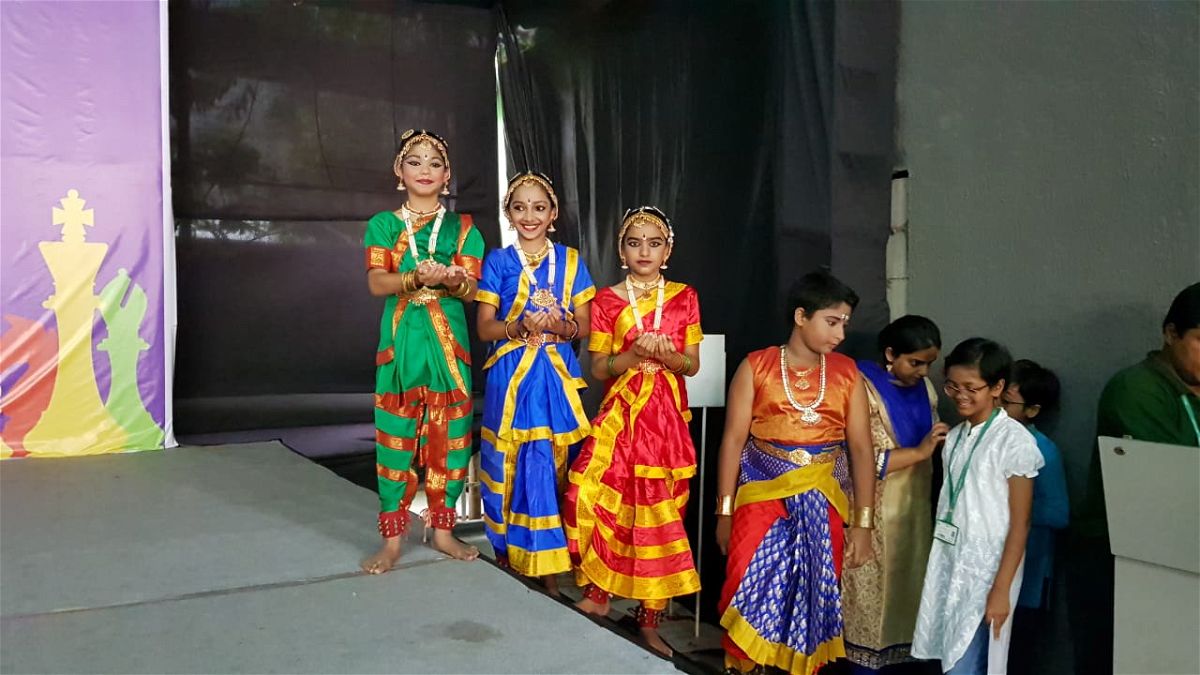 Kids swarmed around the players for their autographs...

The garlands and tika (small mark on the forehead) convinced Gulrukhbegim that she had to take a selfie with Bakhtyug! 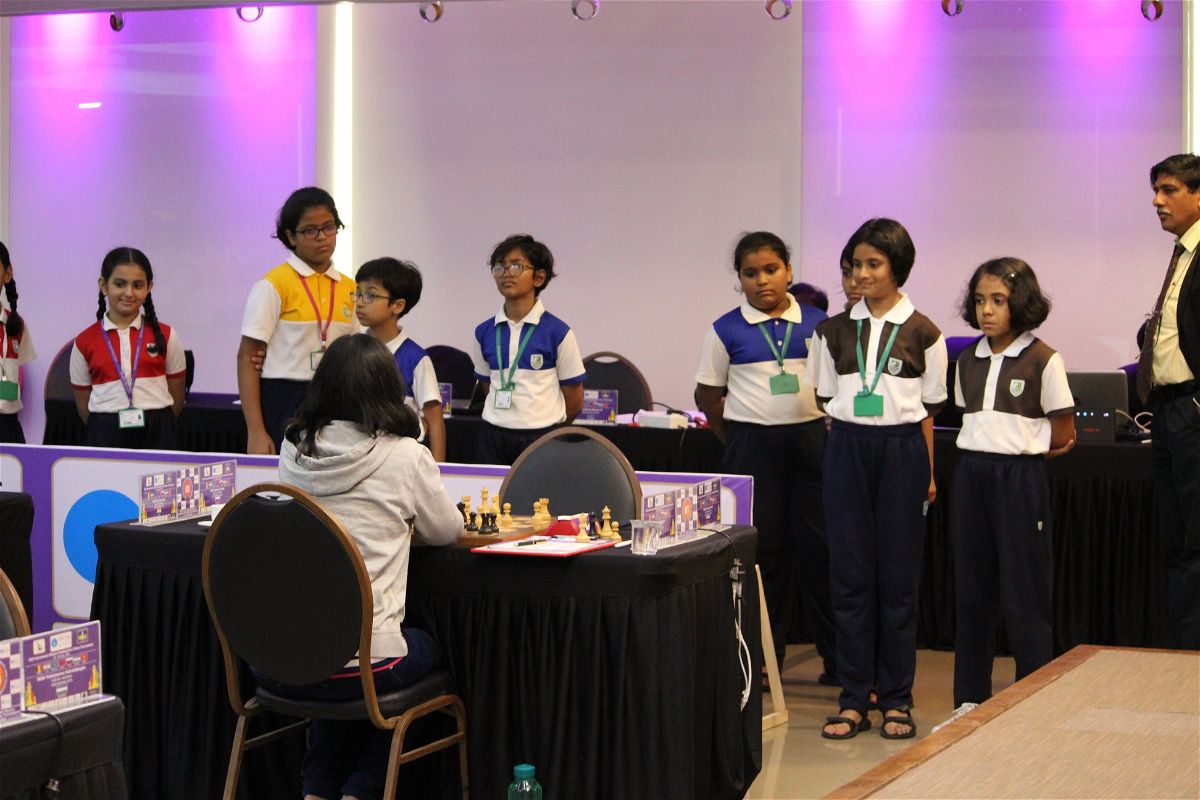 Something that the school will treasure forever! Autographs of each and every player!

Mrs. Leena Parikh, the owner of Acres Club, who has been kind enough to give the fantastic venue for the event

What a colourful picture!

Ranking crosstable after round 4

ChessBase India is proud to be associated with this event as the Media Partner and we will bring you regular updates of this event.