What's your favourite book of chess? This question is asked many a times and every chess player has a book that is close to his heart. Usually it's a book that one has read in childhood and has ignited the love for the game. In case of IM Sagar Shah it was the 62 most instructive games of chess ever played by Irving Chernev. In this article he speaks about what he loved about the book and also annotates his favourite game, which, to be frank, is some sort of a fairy tale!

When I was a 12-year-old boy learning about chess, (let's say my strength would be around 1700 by current standards) a wonderful thing happened to me. My cousins in the USA sent a chess book to me. It was called the "62 most instructive games of chess ever played" by Irving Chernev. 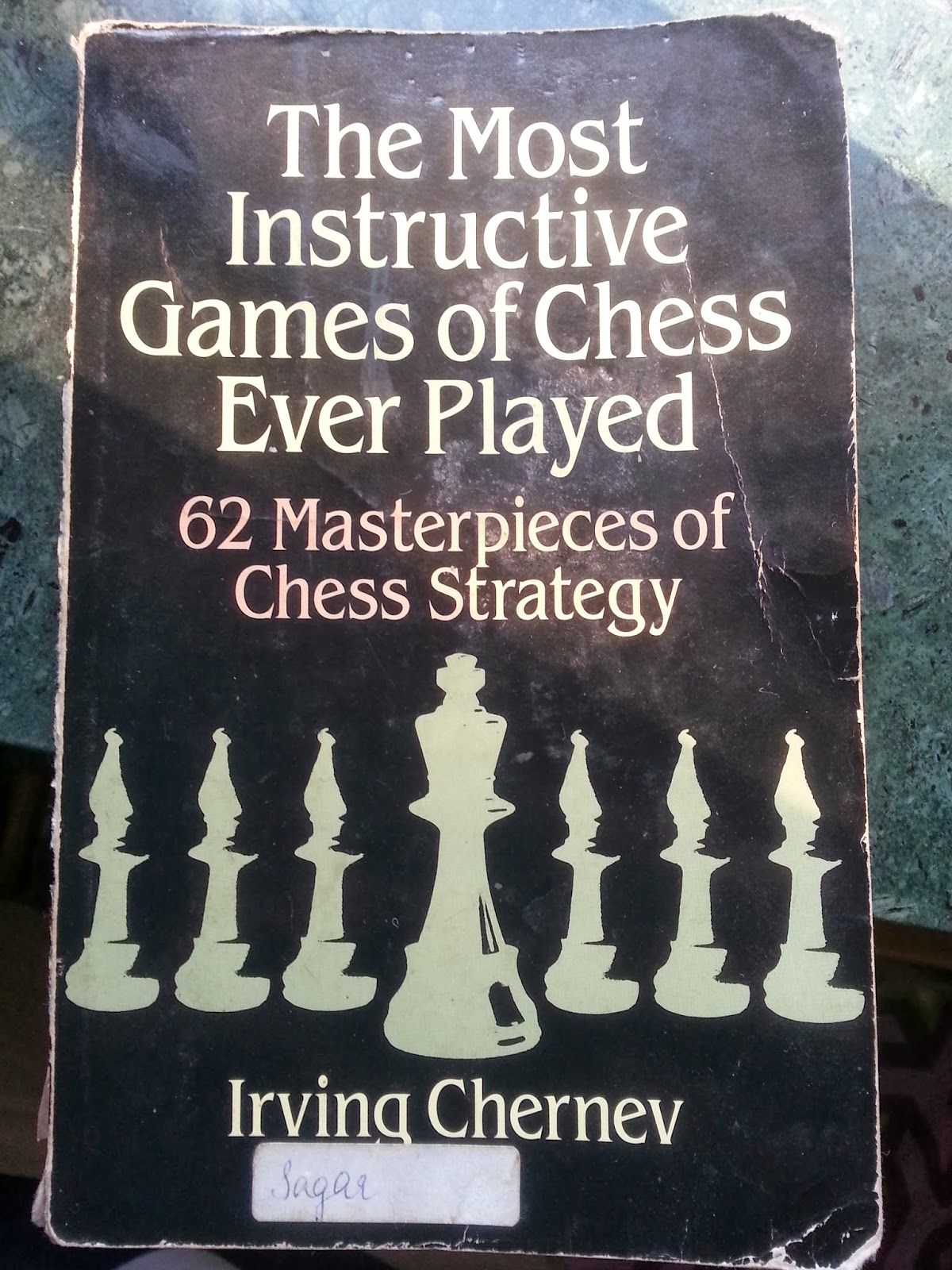 When someone asks me the question: "Sagar, what's your favourite book on chess?" I close my eyes and try to remember from all the books I have read. And I have to say, the first book that flashes in front of my eyes is 62 most instructive games of chess!

The book that was sent by my cousin had become my best companion for a month! I would sit inside a room locked in solace, carefully opening a page of this book and make the moves on the chessboard. The annotations were not as in depth as Dvoretsky's nor were they as humorous as Aagaard's. But there was something about this book which attracted me! It was the introduction to each game, the perfectly selected masterpieces and the wonderful words used by the author! Oh, I fell in love with each and every game! I have replayed these 62 gems again and again and I still find them so beautiful even till this date! I salute the author, Irving Chernev for this wonderful work and I take this opportunity to bring towards you my favourite game of the book which I have annotated! 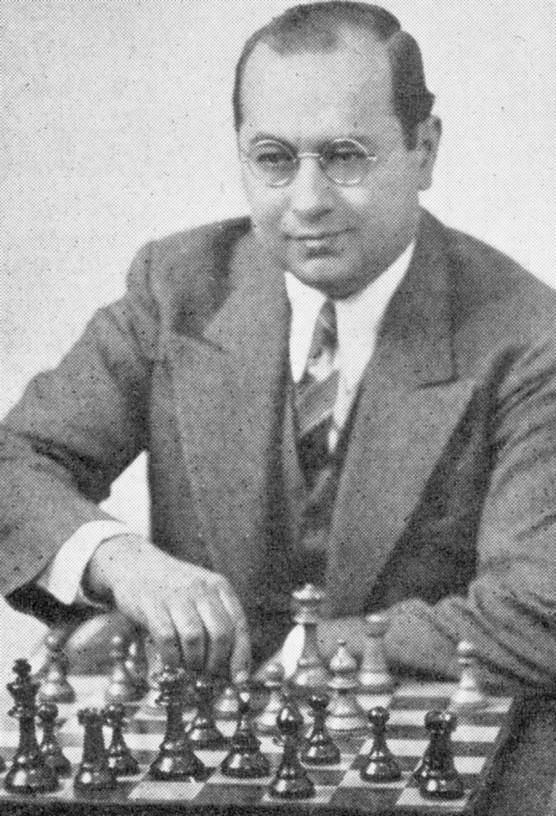 Though Chernev was only a National Master strength, his books were so well written that I would recommend it to anyone taking their first steps in the game of chess. (Picture from Edward Winter's article on Irving Chernev)

The game which I loved the most in the book is the game number 19. It's not the most accurate of games but it's extremely beautiful.

The See Saw check, Zugzwang and other Tactical motifs

This is what Irving Chernev has to say about this game: "Wonderful things go on in this game! There is a series of see saw checks that is remarkable, an imprisonment of King and Rook that is unique, and a threat of mate requiring at least ten moves to execute, yet so clear cut a child could carry it out. Question: Does this game played so brilliantly come under the heading of entertainment or Instruction?"

I would like to add a few things to this: This game sort of made me realize how beautiful the game of chess was! I had previously seen devastating attacks by Morphy. There were the immortal games and the evergreen games but somehow this one catches my fancy even today. I just don't know what it is that attracts me to this game? I think its just the clarity of the combination. When the combination is played we are all left in a state of shock and surprise, but the beauty of the combination is such that once it is on the board, you understand its power in an instant. I think such clarity translates into chess beauty for me! A perfect game to illustrate the maxim: Simplicity is the ultimate sophistication! 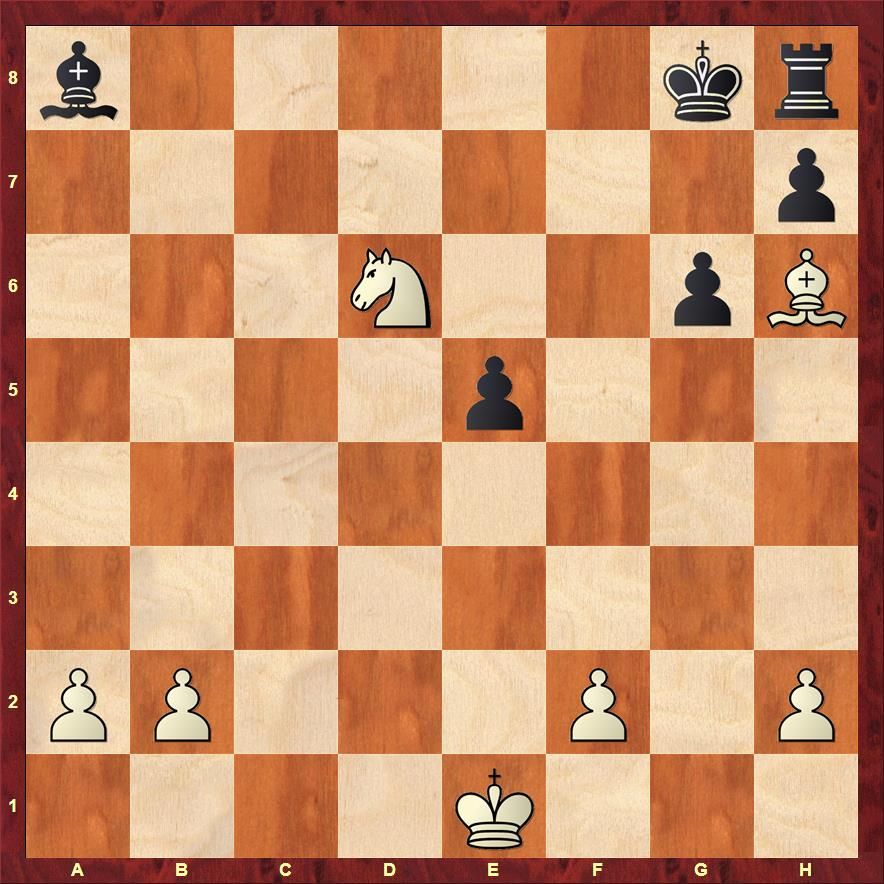 Just the most brilliant concept ever! Both the white pieces box in the black king. As the king cannot move, the rook on h8 cannot move and hence only the bishop can keep moving. And look at the further beauty! The white pieces are on dark squares, Hence the bishop cannot disturb them! Meanwhile the white king goes from d2-c3-b4-c5-b6-c7-d8-e7 and then with Ne8 or Ne4 he gives a mate on f6. Some might say the black bishop is useless. Yes he is useless for black but for white he is a huge asset. Without him it would have been stalemate if Black gives up his pawns! This last position made such an impression on my 12-year-old mind that I immediately fell in love with this royal game!

The book is available on Amazon and can be ordered from here.