Harikrishna gave his all and won the final round against Anton Guijarro. However Wojtaszek also won his game against Studer. Thus Wojtaszek won the 53rd Biel Chess Festival GMT with 37 points, Harikrishna finished at second position with 36.5 points and Adams secured the third position with 35.5 points. Harikrishna was the best in Classical event as he scored an unbeaten 5.5/7 and he also beat the eventual champion Wojtaszek in Round 5. That's not all, Harikrishna's 2878 performance allowed him to gain 13 rating points and he is now World no.20 according to the live ratings list. He has also regained India no.2 spot. Harikrishna had quite a fantastic event. Photo: Biel Chess Festival

Harikrishna best in the Classical event

Harikrishna scored an unbeaten 5.5/7 and performed at 2878 which propelled him to World no.20 with a live rating of 2732. His overall ranking in 53rd Biel GMT is second, due to the total accumulated score in Classical, Rapid and Blitz. However he had a fantastic event as he defeated the eventual champion Wojtaszek in Round 5 of the Classical event. Wojtaszek's final score was 37, Harikrishna finished at 36.5 and Adams finished third with 35.5 points. The battle between top three was incredibly close. Adams grinded his opponent Naiditsch in a Rook and two minor piece endgame for 30 moves before his opponent made a mistake and Adams walked away with a win. Romain Edouard beat Vincent Keymer in the final round. 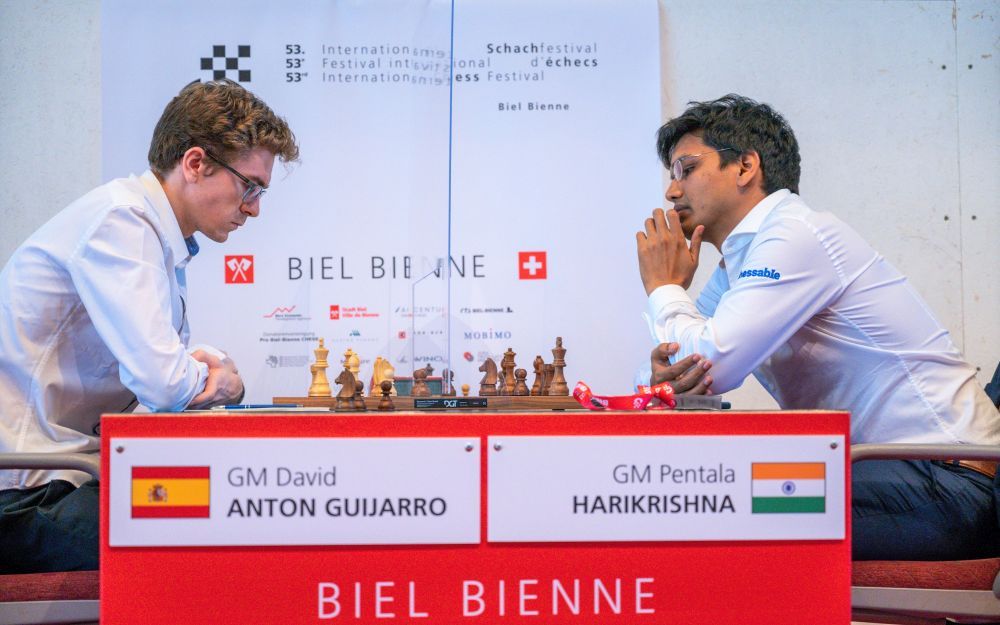 Despite having the white Anton Guijarro did not manage to choose the right opening in the final round. Harikrishna managed to equalize easily in Semi-Slav and then he pushed for an advantage, since he was almost in a must-win situation. 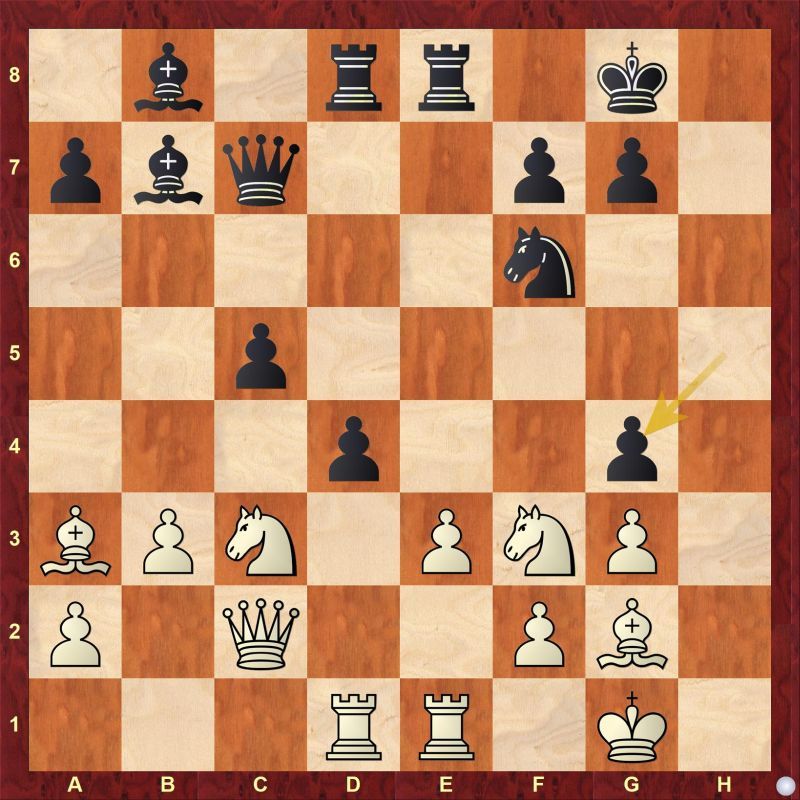 The game continued with 23.Nb5 and soon white was in a lot of trouble. Find out what white should have played instead. 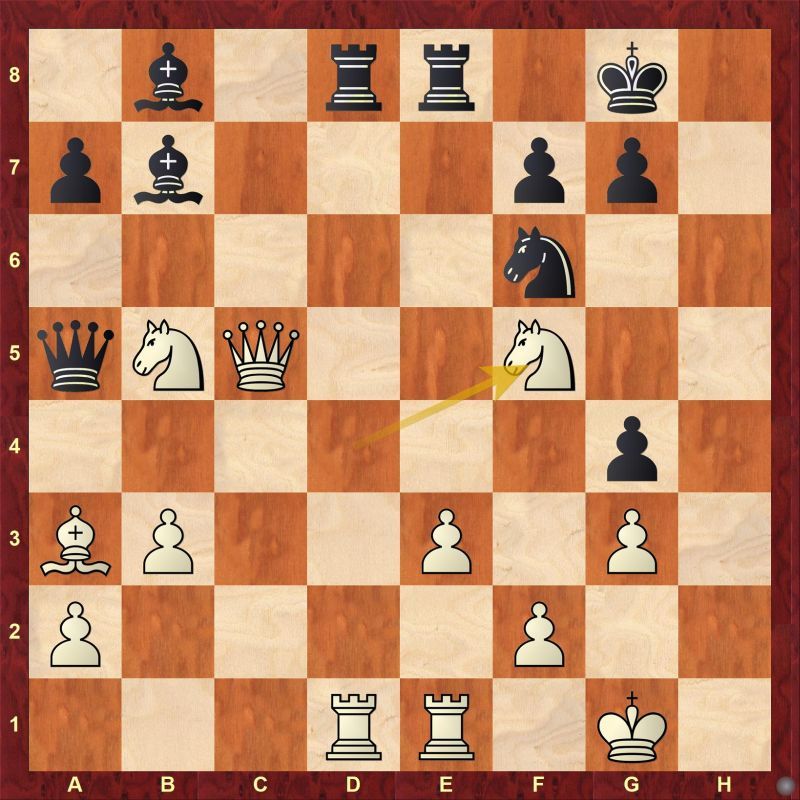 White's final mistake in the game was 26.Nf5. Find out why it is a mistake and what white could have done instead.

With this win Harikrishna became World no.20 and once again India no.2 in the live ratings list | Photo: 2700chess

Studer played very aggressively against Wojtaszek and at one point he managed to stir up trouble for his opponent. Unfortunately for him, he couldn't capitalize on it. 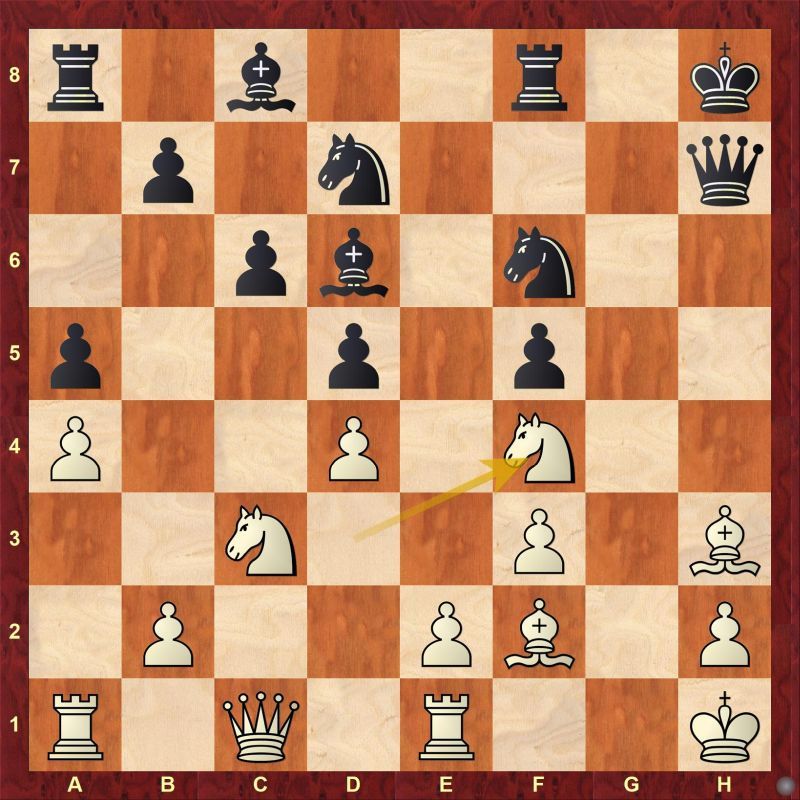 The game continued with 25...Nh5 which allowed white to get back in the game 26.Ne6. Find out what black should have done instead to maintain the pressure. 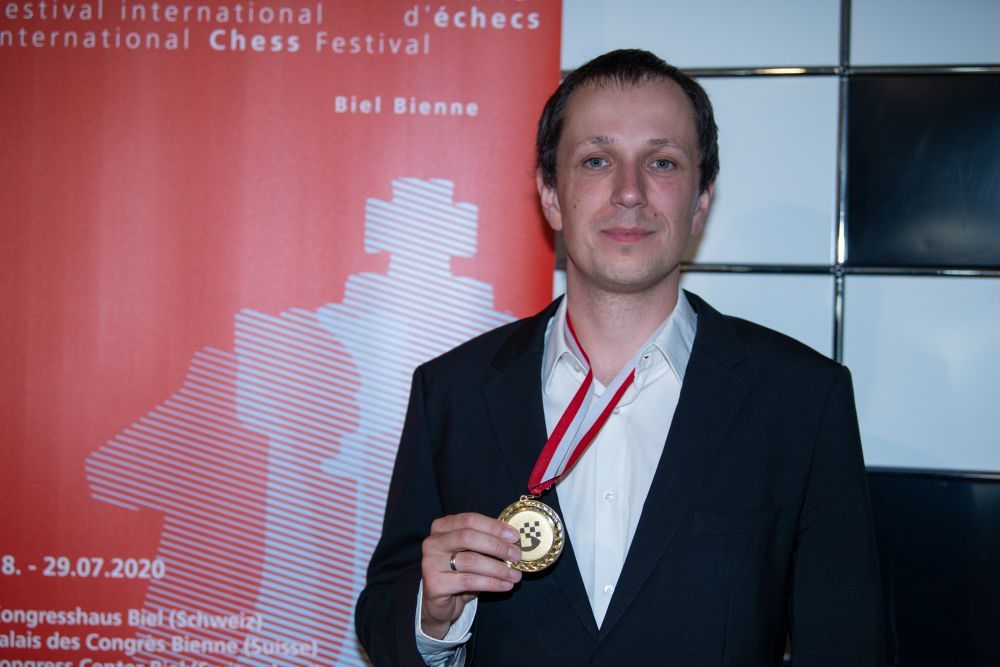 Romain Edouard finished the tournament on a high note as he beat Vincent Keymer in the final round. 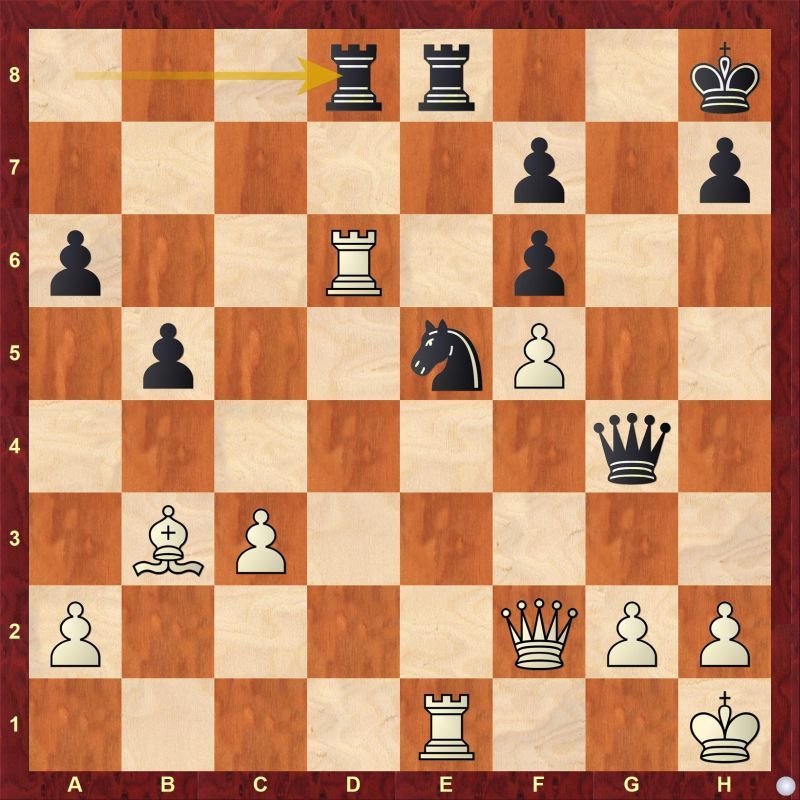 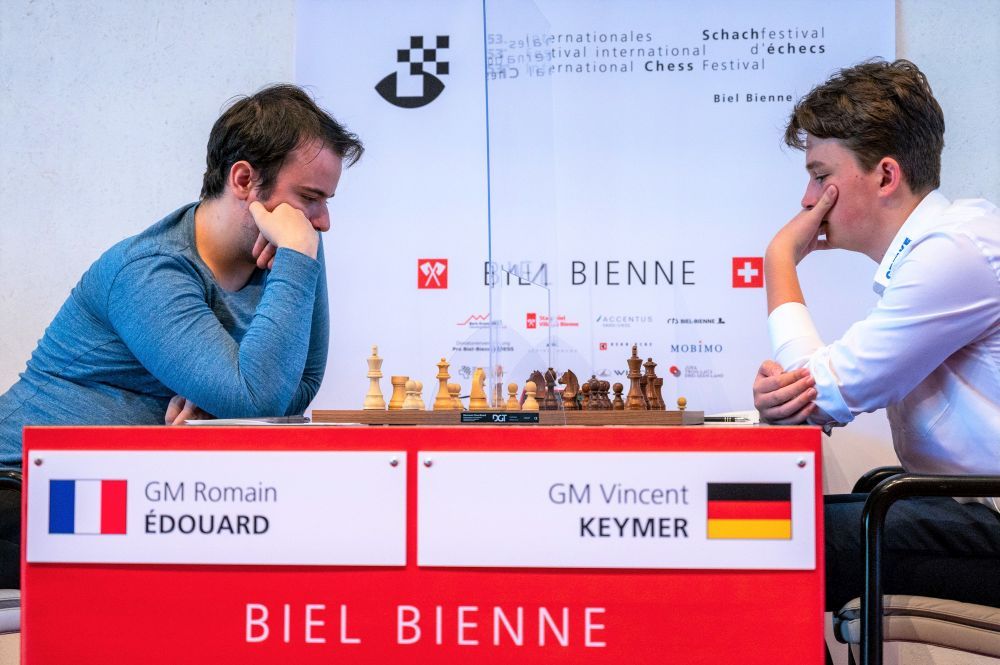 Adams grinded Rook and double Knight vs Rook, Knight and Bishop endgame for 30 moves, before his opponent Naiditsch made an error which caused his position to worsen and eventually lose the game. 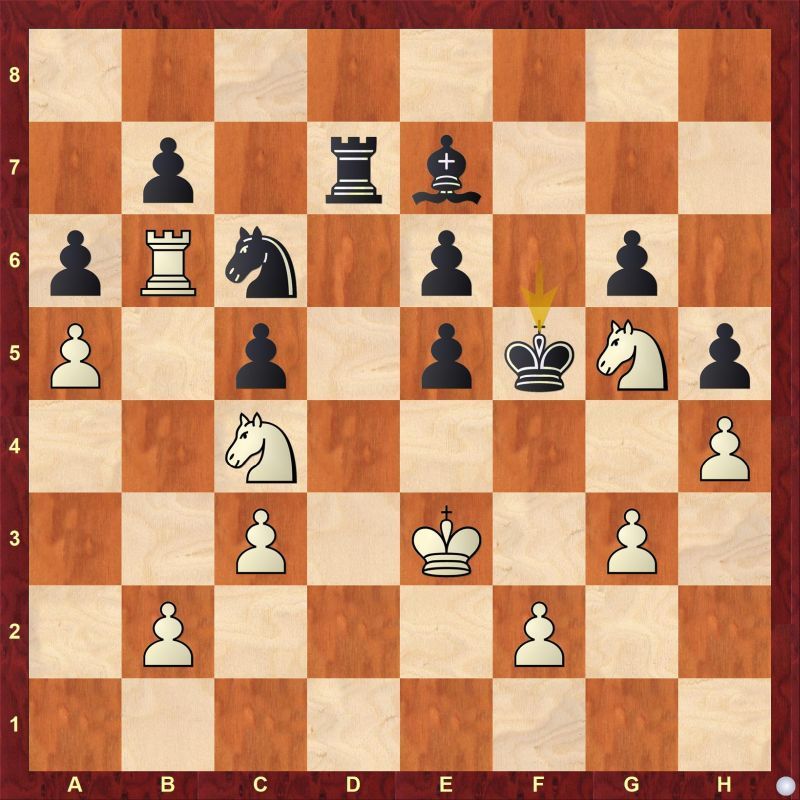 In a seemingly equal position, black made a mistake with 52...Kf5. Find out how white can take advantage of it. 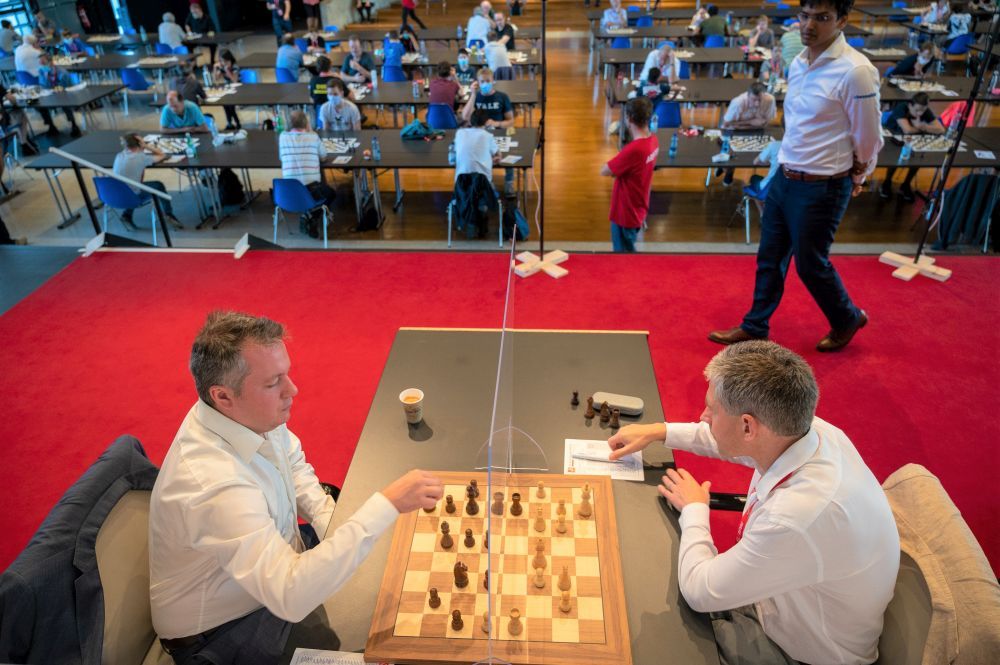 Adams grinded a win in the final round | Photo: Biel Chess Festival 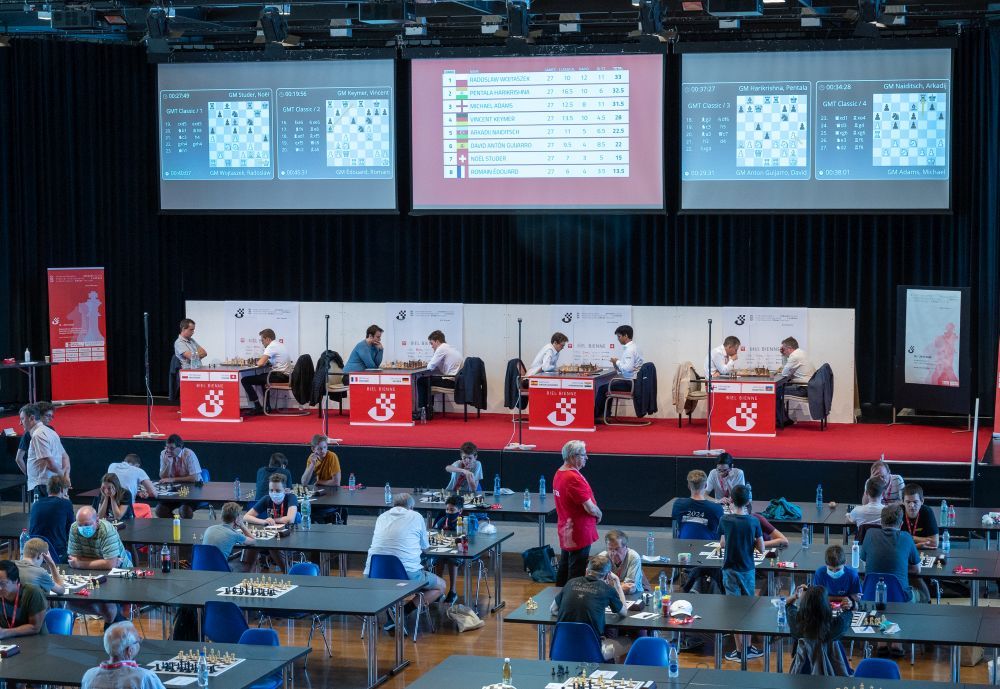 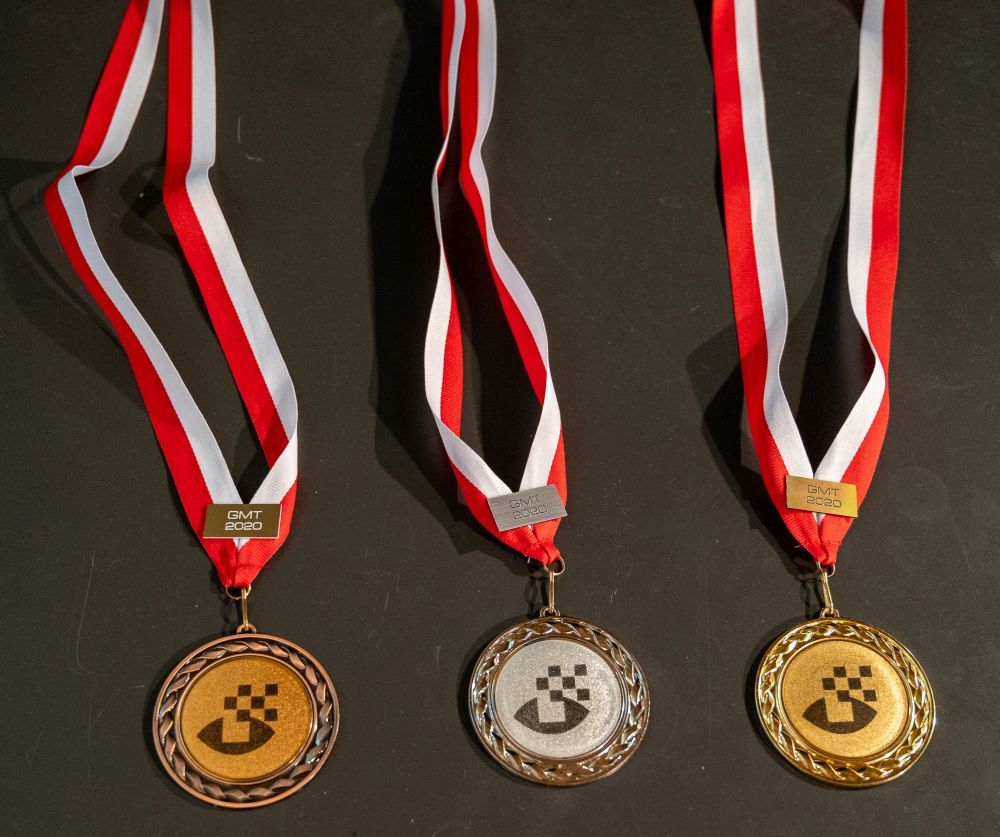