New Delhi calls you for a strong Rapid and Blitz event

The importance of rapid and blitz in chess is growing. People are taking the shorter formats of the game more seriously. It is spectator friendly and for the viewers it is much more exciting to see IMs and GMs enterprising moves and making more mistakes than classical chess. Keeping all of this in mind, a very strong Rapid and Blitz event is taking place in New Delhi on the 27th and 28th of October 2018. The first prize of the tournament is Rs.41,000 and the total prize fund is Rs.4,00,000. The tournament is being organized by 22-year-old Abir Sinha in the memory of his father Late Shri Ambeesh Sinha. Abir has brought a lot of innovations in the organization of the event, some of which we mention in this article.

4th Shri Ambeesh Sinha Memorial International Rapid rating and open blitz chess tournament is going to be held on 27th and 28th of October in Greater Kailash, New Delhi. It is one of the highest prize money short time control event in the country. 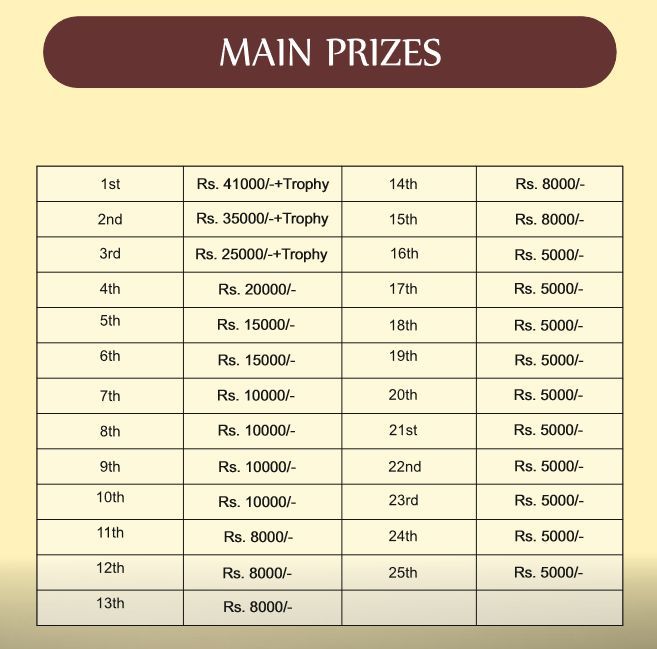 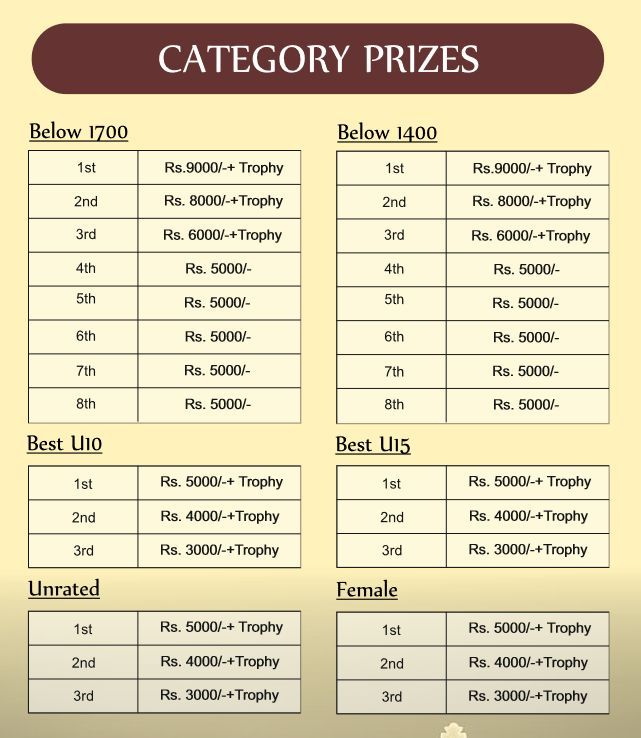 Says Abir Sinha, the tournament director and son of Late Ambeesh Sinha, "My father was the one who introduced me to this beautiful game of chess which has given me so much in life. My Standard ELO rating is 1832. Even getting an admission in Kirorimal College, University of Delhi, a dream college for so many, was possible for me only because of the game of chess. I was always an average academic student. I would like thank my father for teaching me this wonderful game." 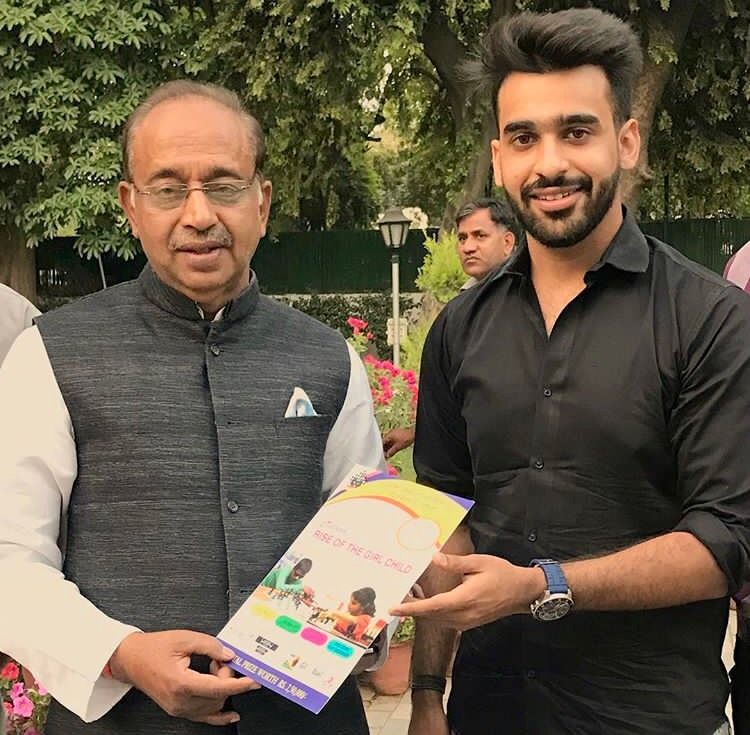 Abir Sinha with Shri Vijay Goel, the former minister of Youth Affairs and Sports promoting the 2017 event which had the cause of "Rise of the Girl Child"

The last edition had the cause – “Rise of The Girl Child” which was supported by the former Minister Of Youth Affairs and Sports Shri Vijay Goel where the organizers gave free entries to all the girls in the tournament. This year's innovation is the concept of ‘CERTIFICATE KIOSKS’ for the first time in our country. The common problem that parents and participants face is that they have to wait hours and hours for their certificate if they are not on the prize list. The kiosks have a barcode reader which will scan the Participant ID and then on the spot with the click of a button, your certificate will be printed. 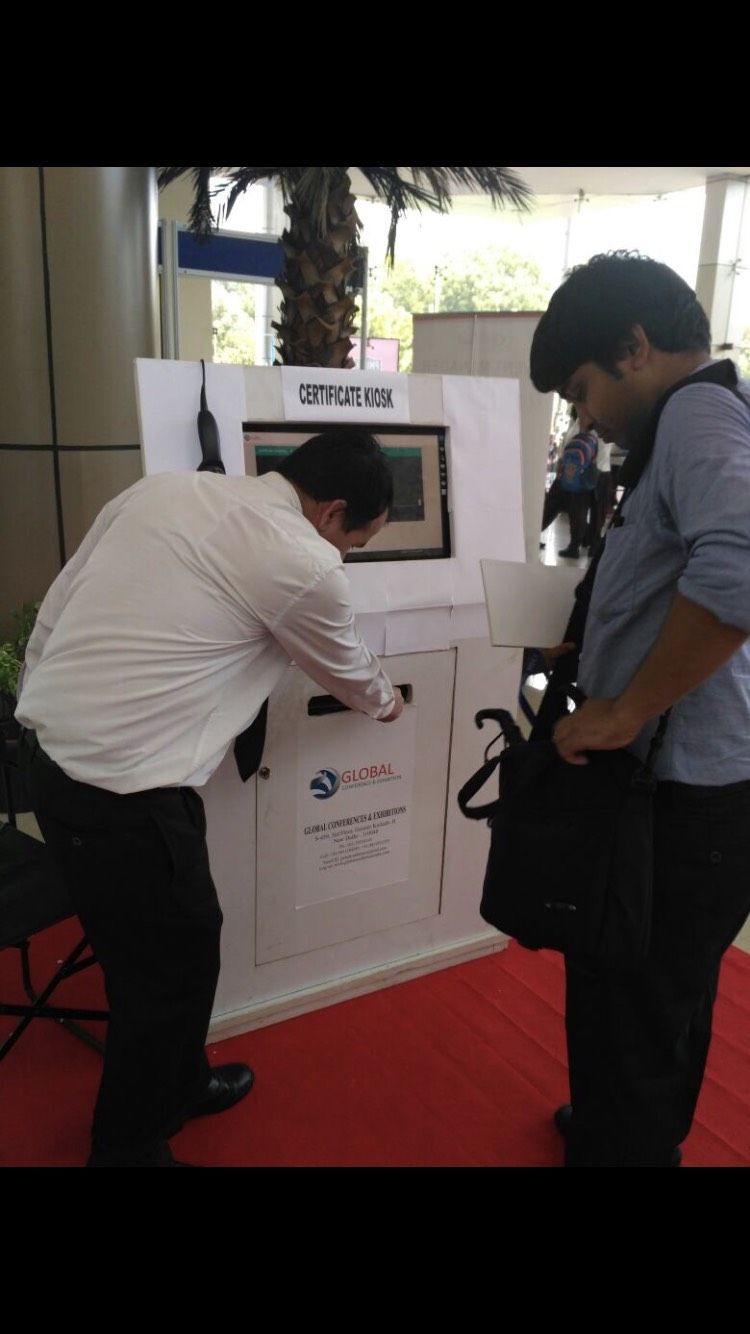 No more waiting for hours to get your certificate after the tournament!

Says Abir, "In India, we want to break the notion that parents and participants have that rapid and blitz chess is not real chess and the only chess format useful is standard chess. The World Champion Magnus Carlsen has been number one in all three formats - Classical, Rapid and Blitz. He didn’t just excel in the classical time control. We want to raise the bar of the tournaments held in India because it is a mecca of chess and it will definitely be the best playing chess nation in the world one day." 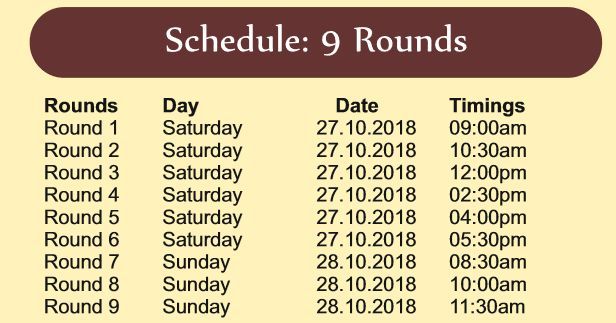 The schedule of the tournament 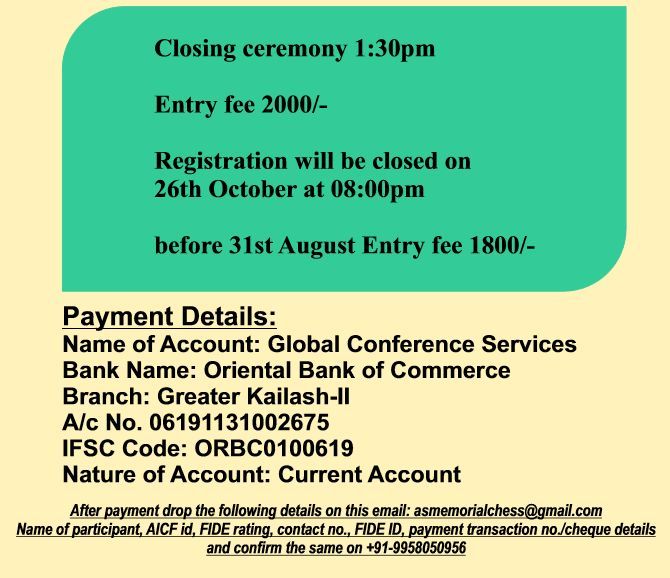 The entry fee is Rs. 2,000. Outstation players will have to make arrangements for their own accommodation. You can contact ChessBase India Power for any travel or accommodation related issues. 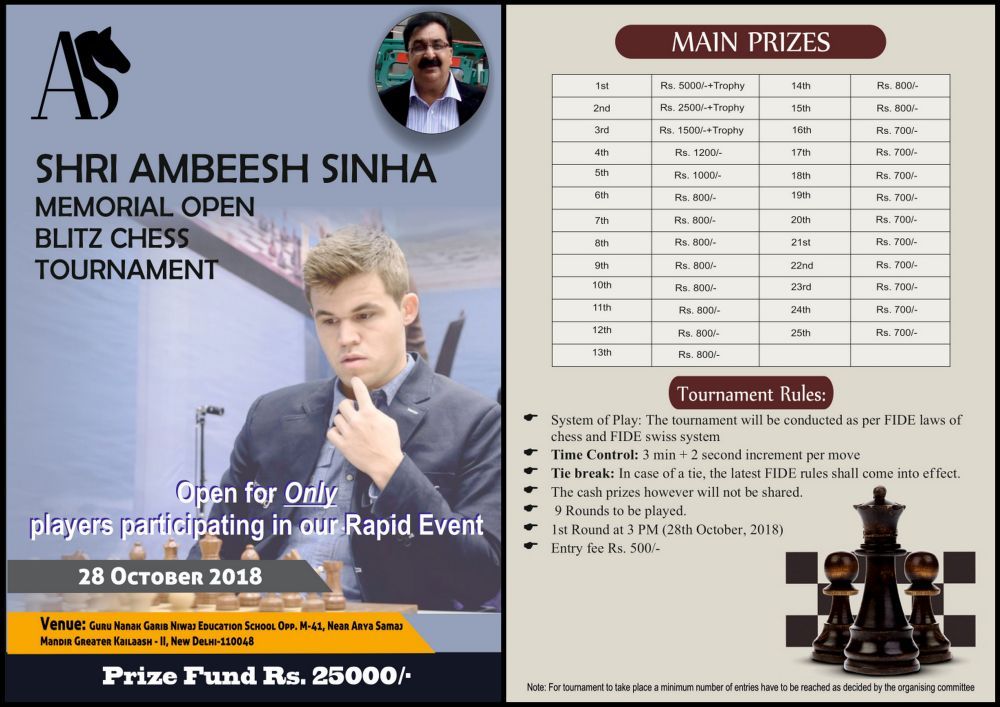 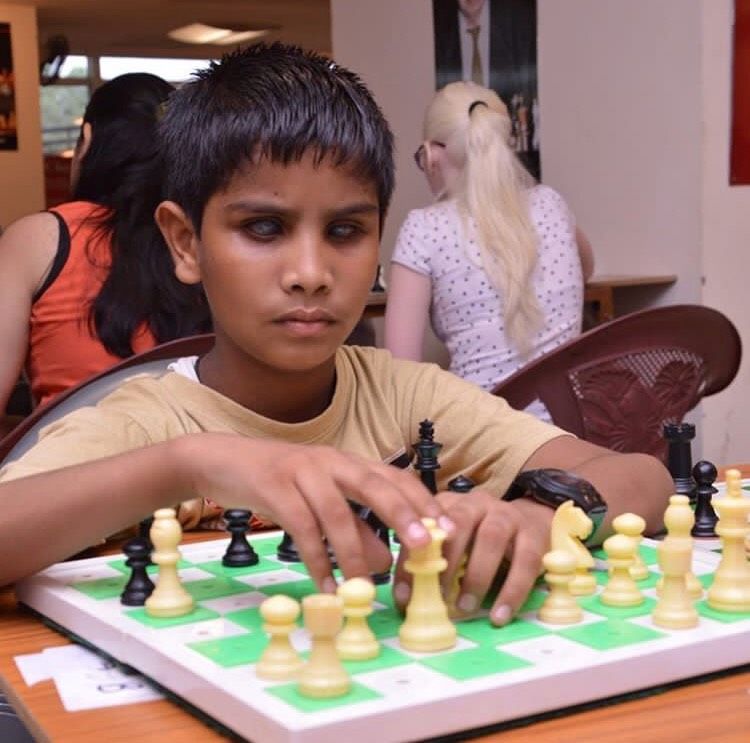 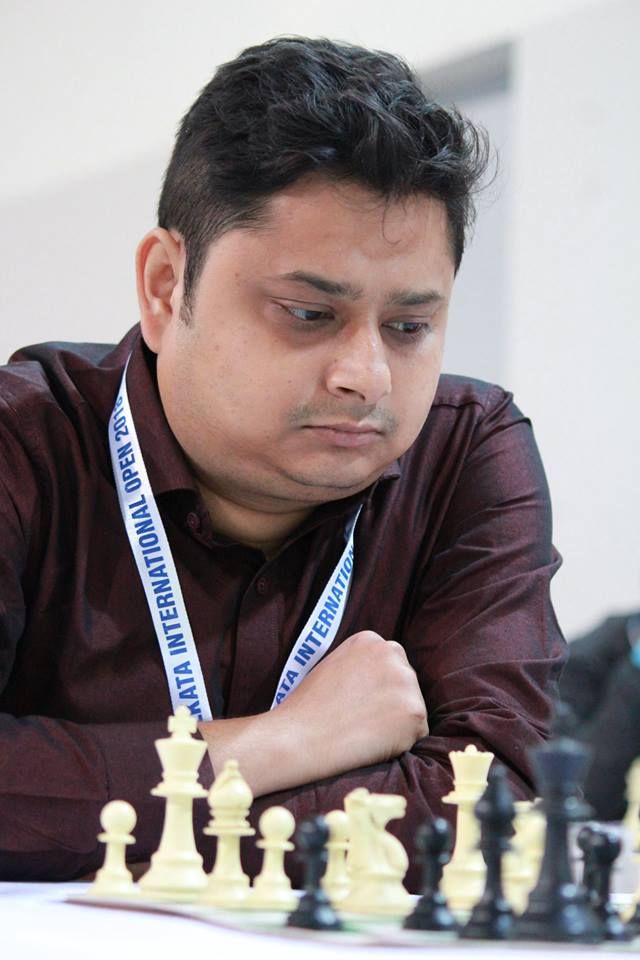 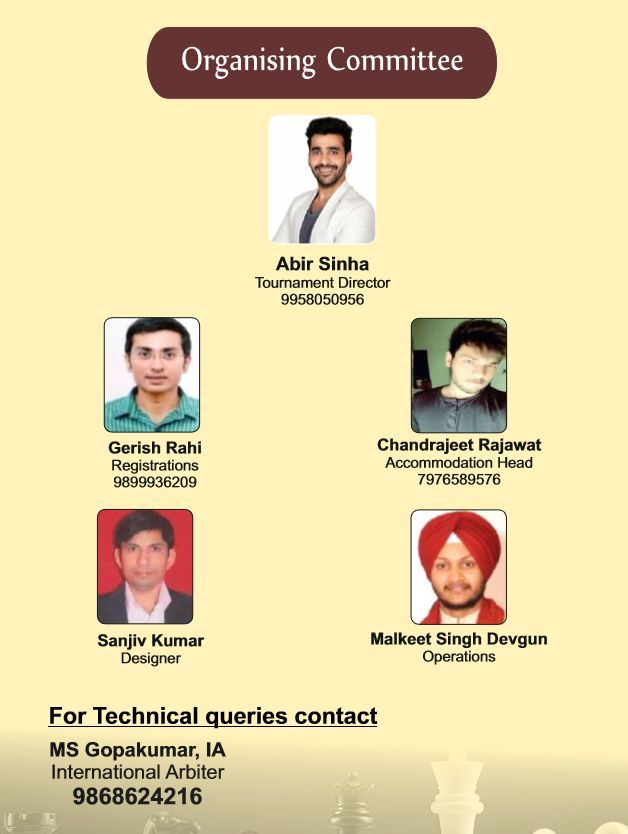 Contacts to the key people organizing the tournament

Shri Ambeesh Sinha (1956-2011) was a huge chess lover and supporter. He was an alumnus from Shri Ram College Of commerce and a lawyer  by profession. He was the pioneer of conference management who was the chief protocol officer in the Asian Games 1982. He was face behind the India Africa Summit. 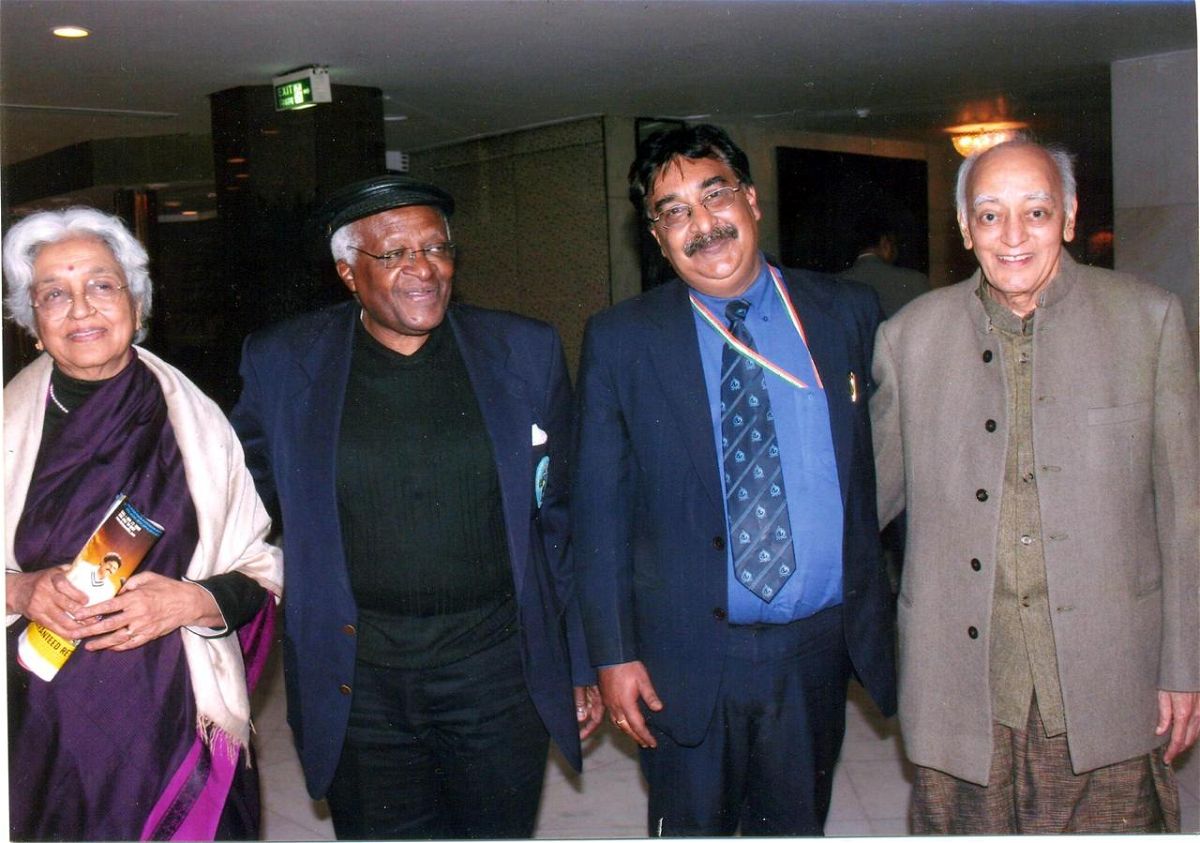 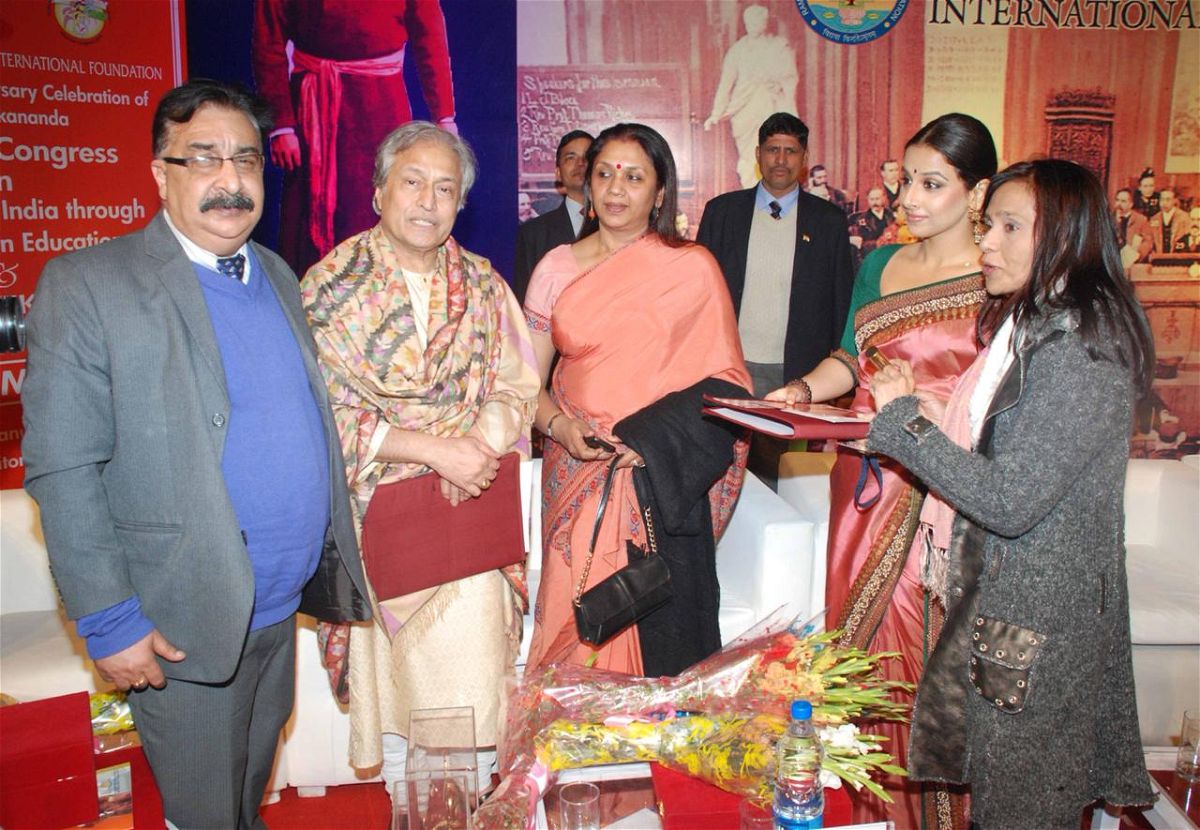 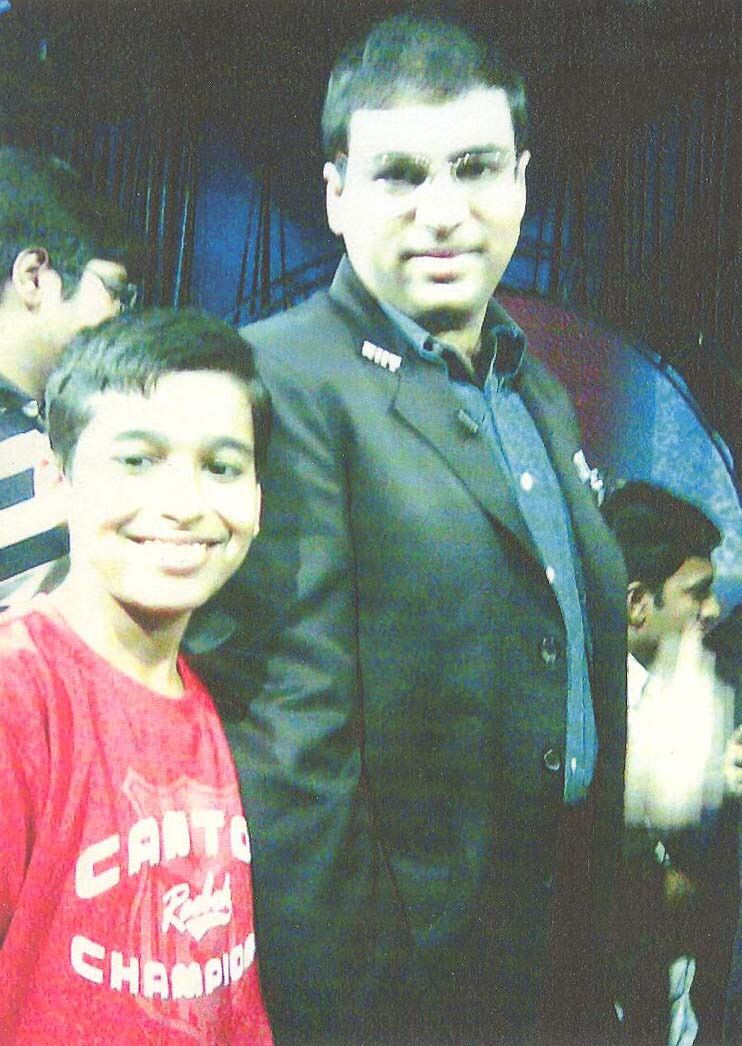 Abir Sinha, son of Late Ambeesh Sinha, is now all grown up and is working tirelessly to make the 4th edition of the tournament held in the memory of his father a big success. This was way back in 2007 with the great Vishy Anand!

Manage your travel and accommodation via ChessBase India Power