Aditya Basu and Sudipa Haldar win 40th West Bengal State Sub Junior Chess Championship 2017 held at Gorky Sadan, Kolkata from 18th - 20th September 2017. This was the biggest state sub junior chess championship in the history of West Bengal Chess as 235 boys and 86 girls participated. This report contains pictures, a huge video gallery and self-annotations by both the champions of their best game. A report by Shahid Ahmed who was present at the venue. 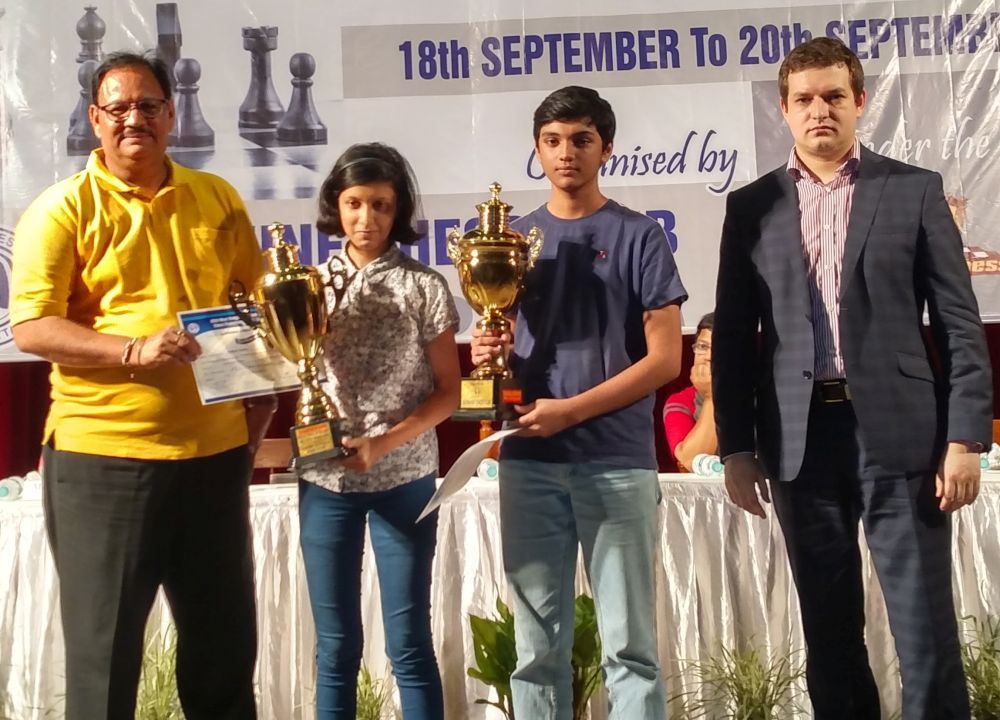 40th West Bengal State Sub Junior recorded the highest number of participants in a State Championship. This is mainly because the venue, Gorky Sadan, was at the heart of the city which is touted as 'অাঁতুড় ঘর' (Aantur Ghar) in Bangla which means 'The birthplace of various legends'. Gorky Sadan  witnessed the rise of many strong players in various international tournaments including Asian Championship.

Aditya Basu scored 7 points out of 8 rounds and edged ahead of runner up Arya Bhakta and second runner up Neelash Saha due to a better tiebreak score. However among girls, Sudipa Haldar whitewashed all her opponents as she scored 8 points out of 8 rounds and became champion being afull point ahead of others. Her school and teammate Samriddhaa Ghosh scored 7 points and was the runner up for the second year in a row. Diya Chowdhury clinched the second runner up position among the girls. 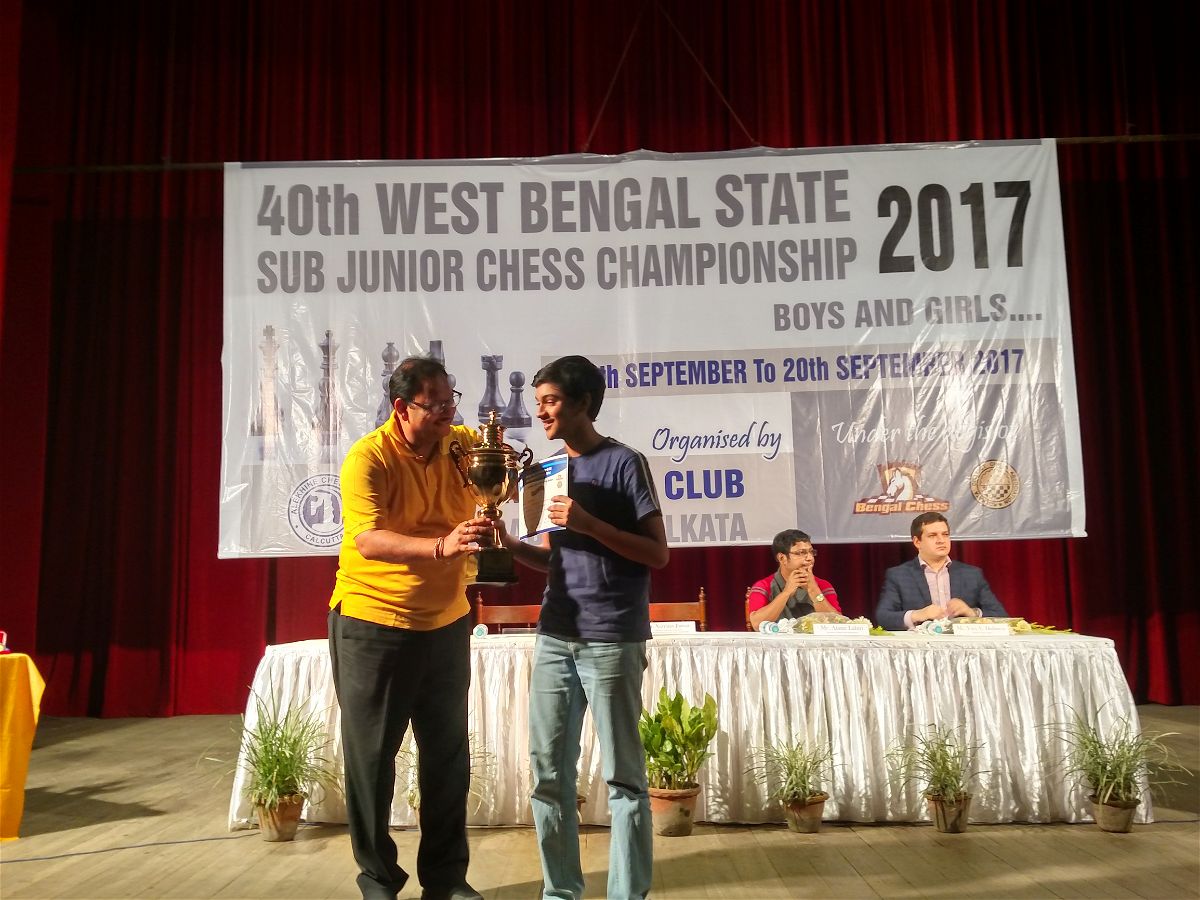 Despite not leading the tournament in the final round and being under time pressure, Aditya managed to win the last round and clinch the title. He did not even know that he had become champion until it was informed by yours truly, as he was unsure about his tiebreak score. Here is a game selected and annotated by the 40th West Bengal State Sub Junior Boys Champion, Aditya Basu: 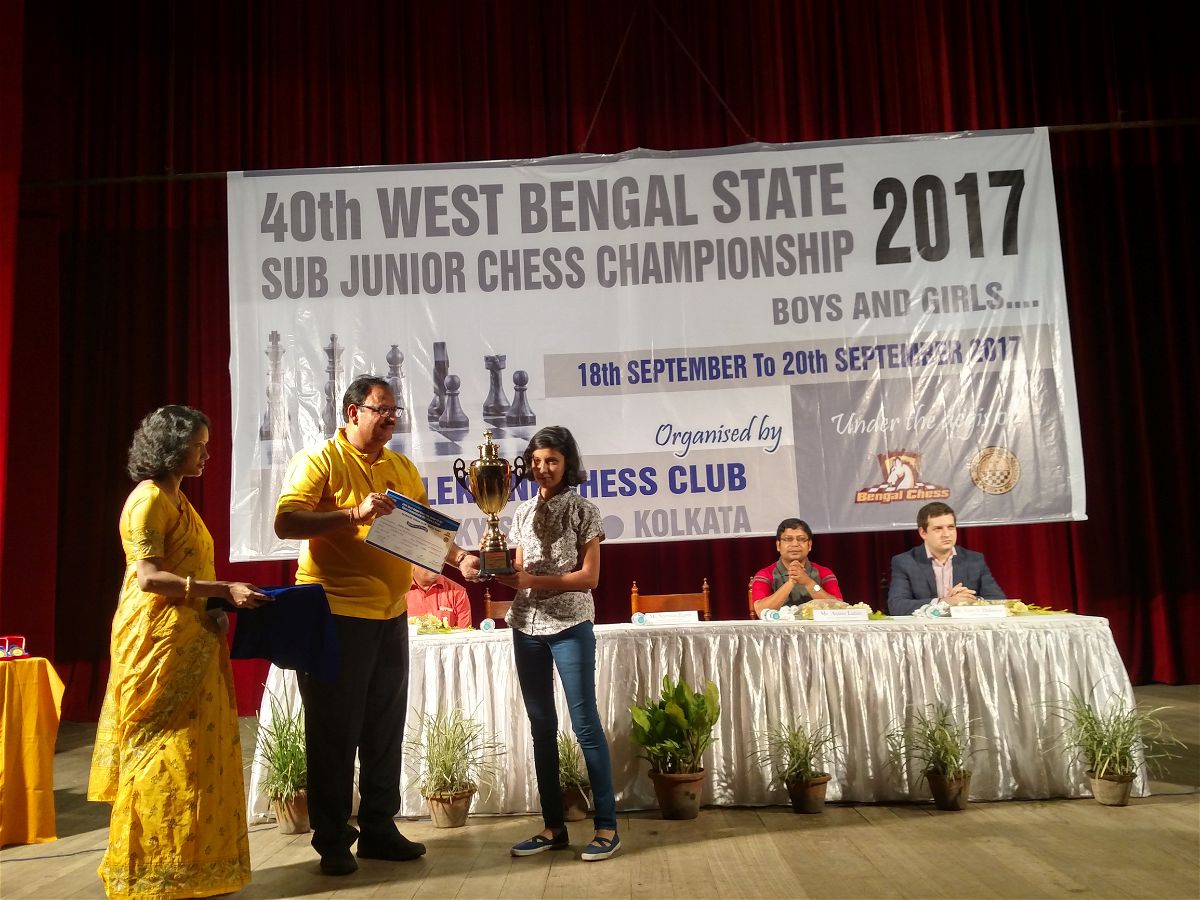 Sudipa Haldar was the champion among the girls scoring 8.0/8

Sudipa Haldar showed true grit as she played for a win in the last round although she just needed a draw as she had a full point lead over her compatriot Samriddhaa Ghosh. She finished with a 100% score and Aditya Basu scored 7.0/9 and finished as the runner-up 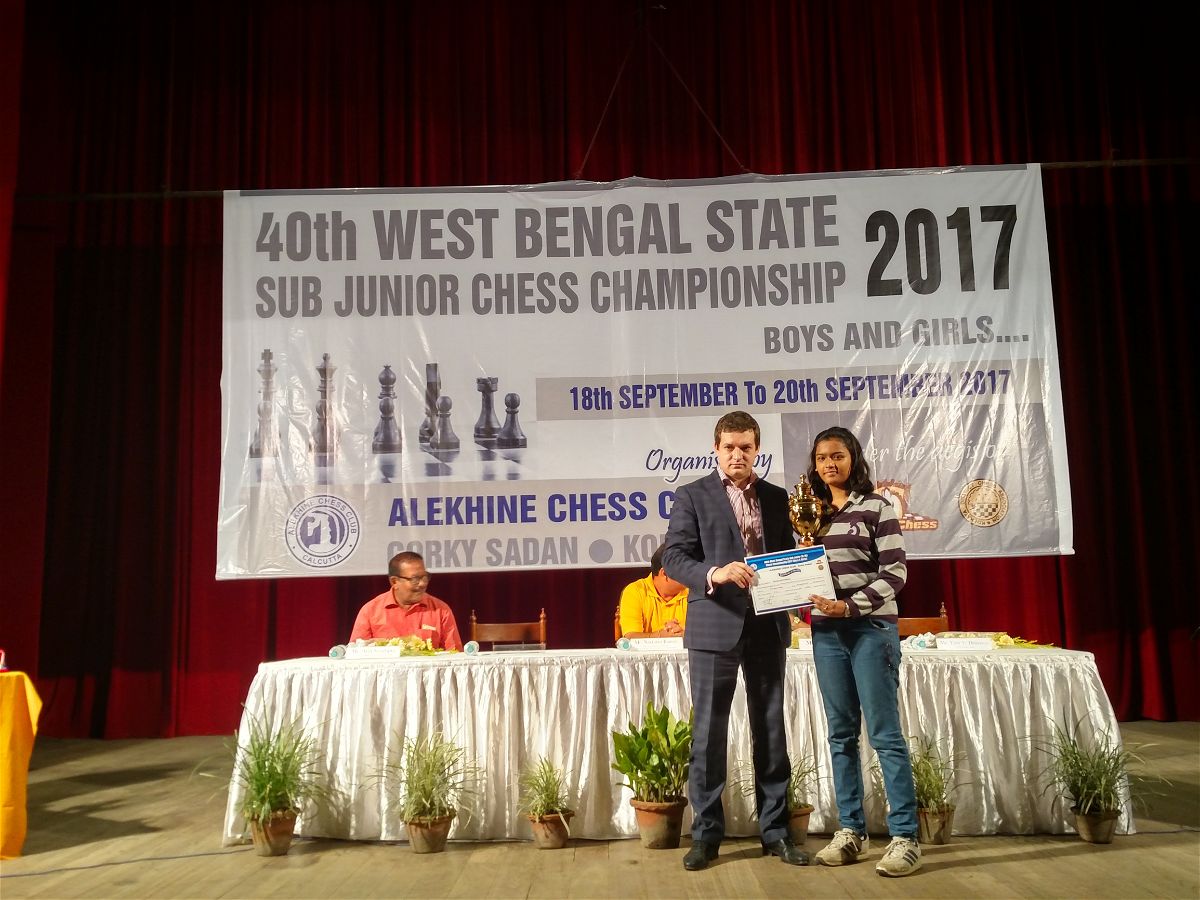 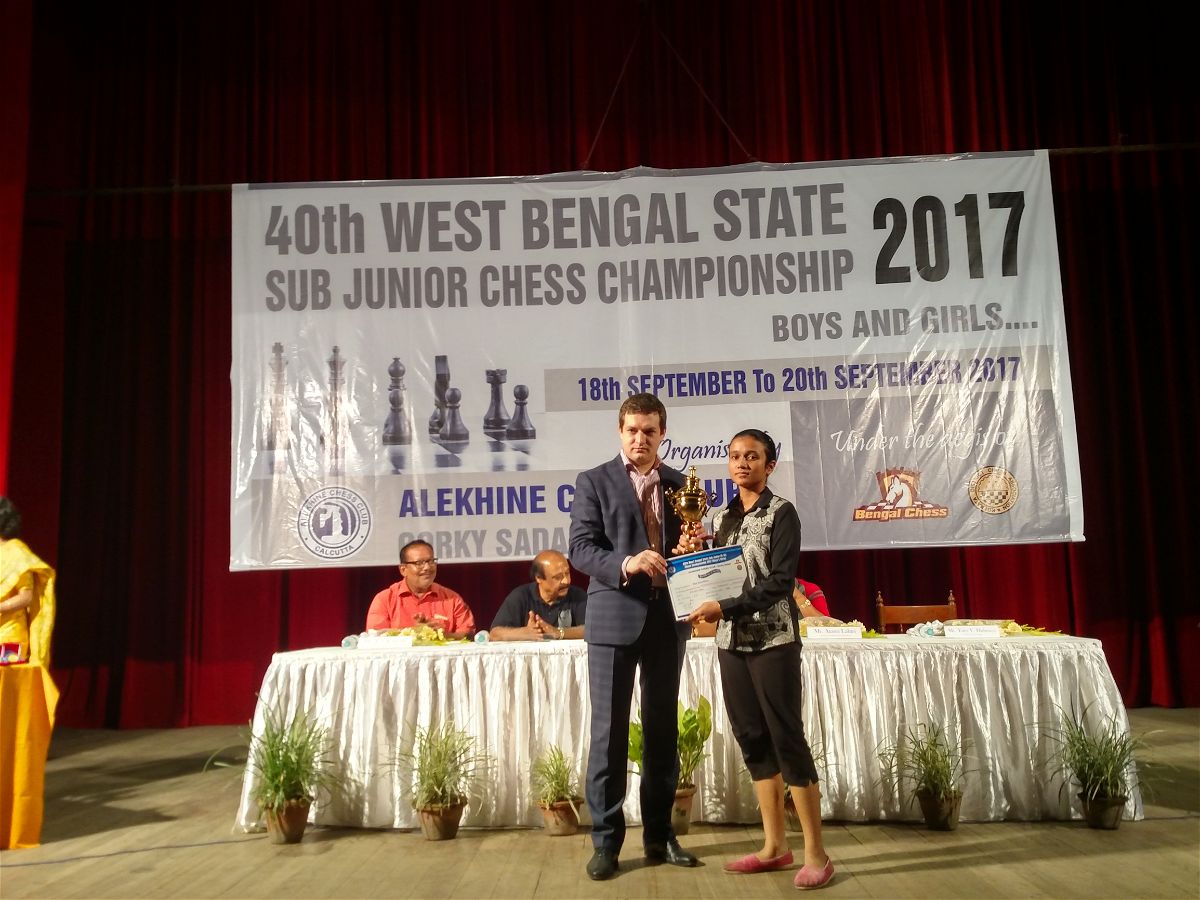 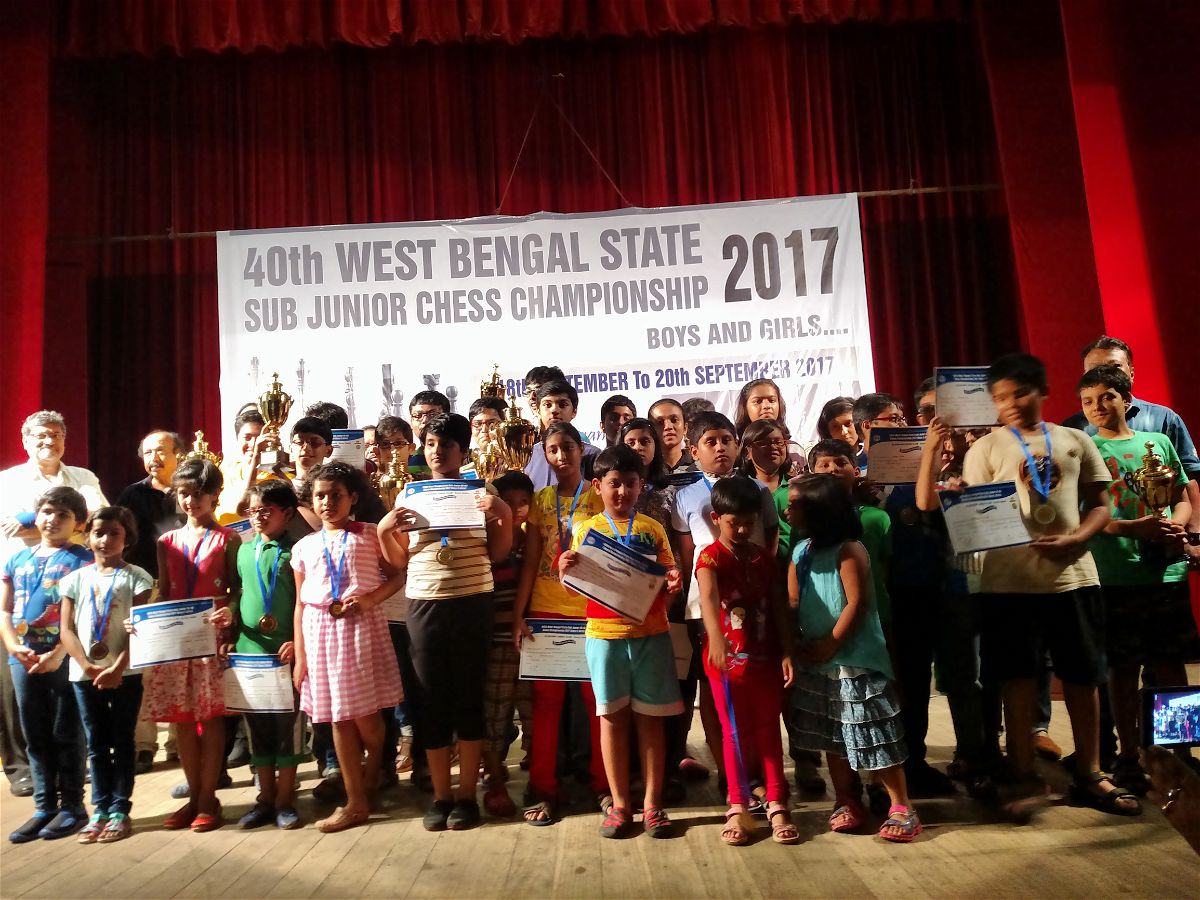 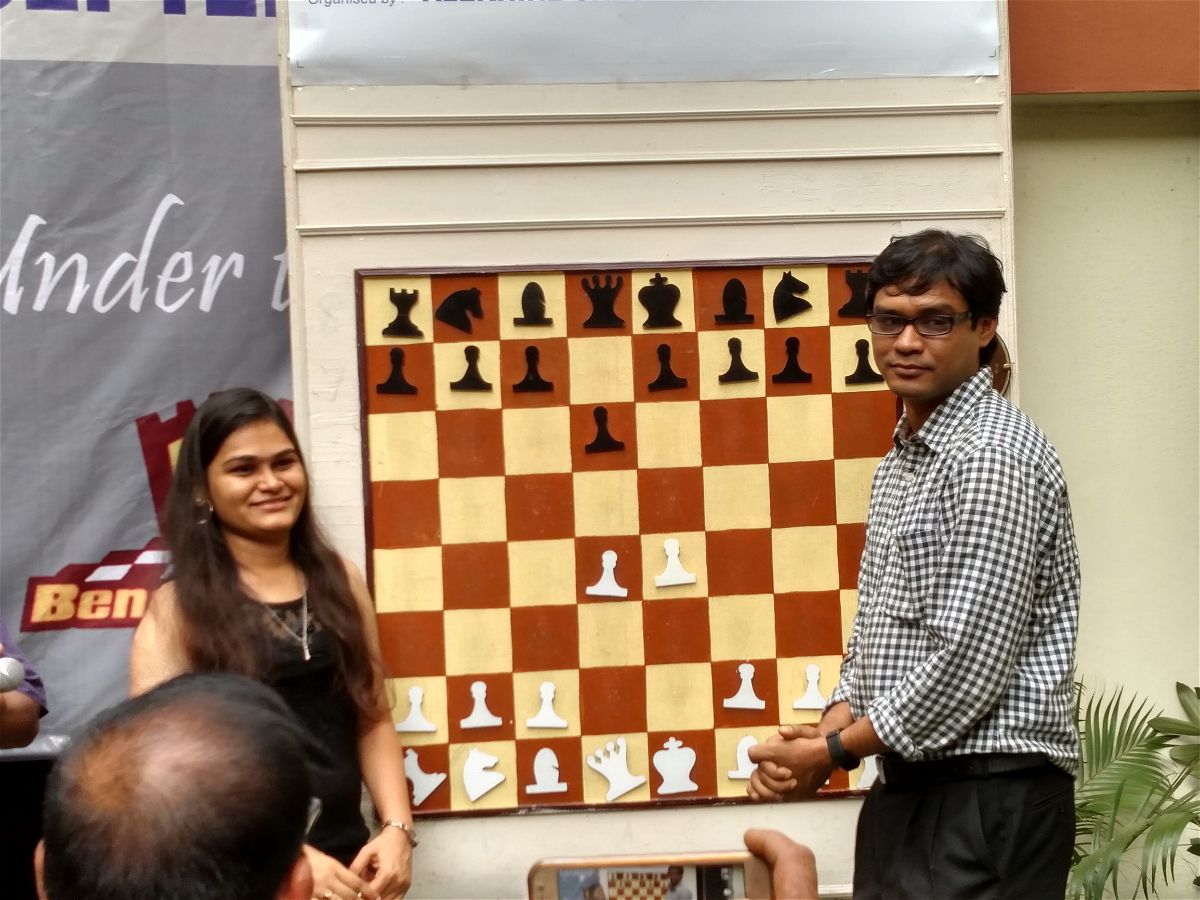 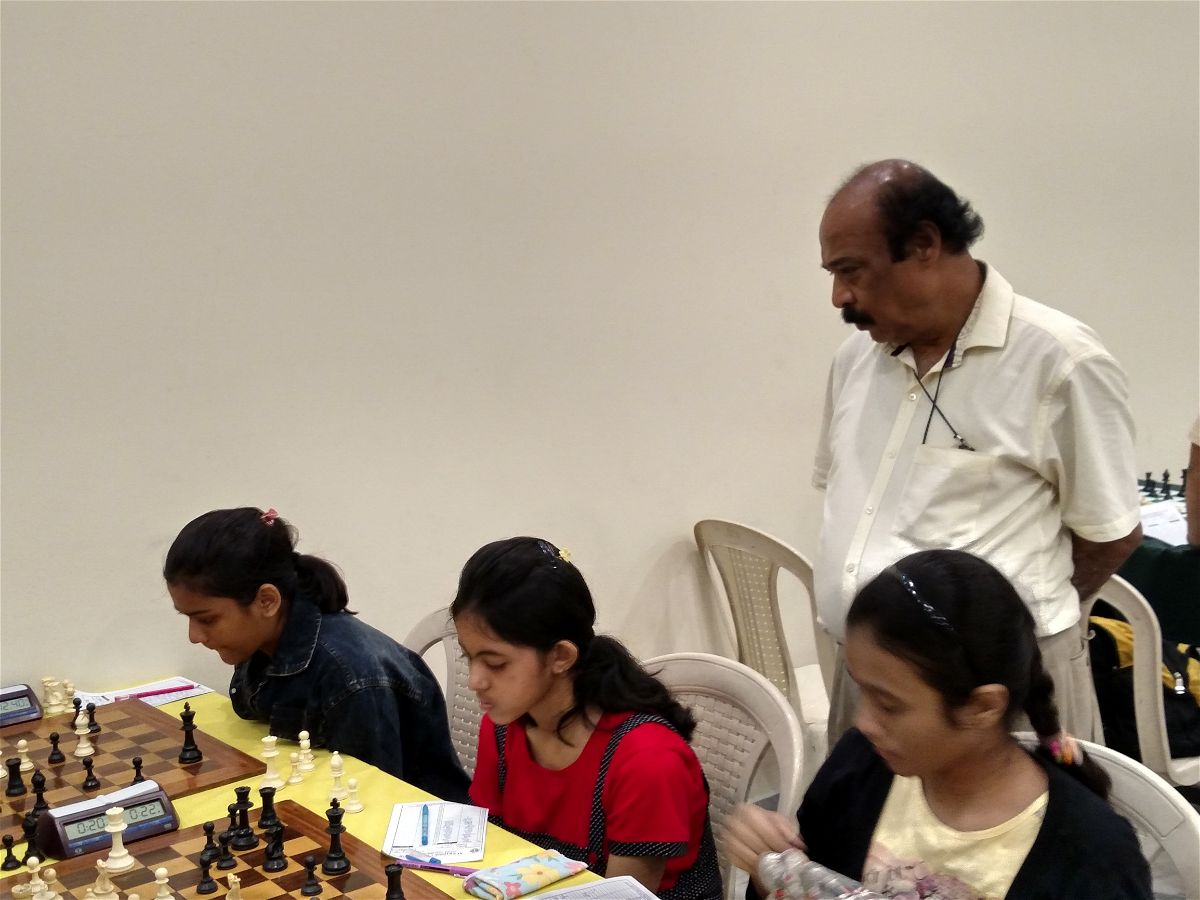 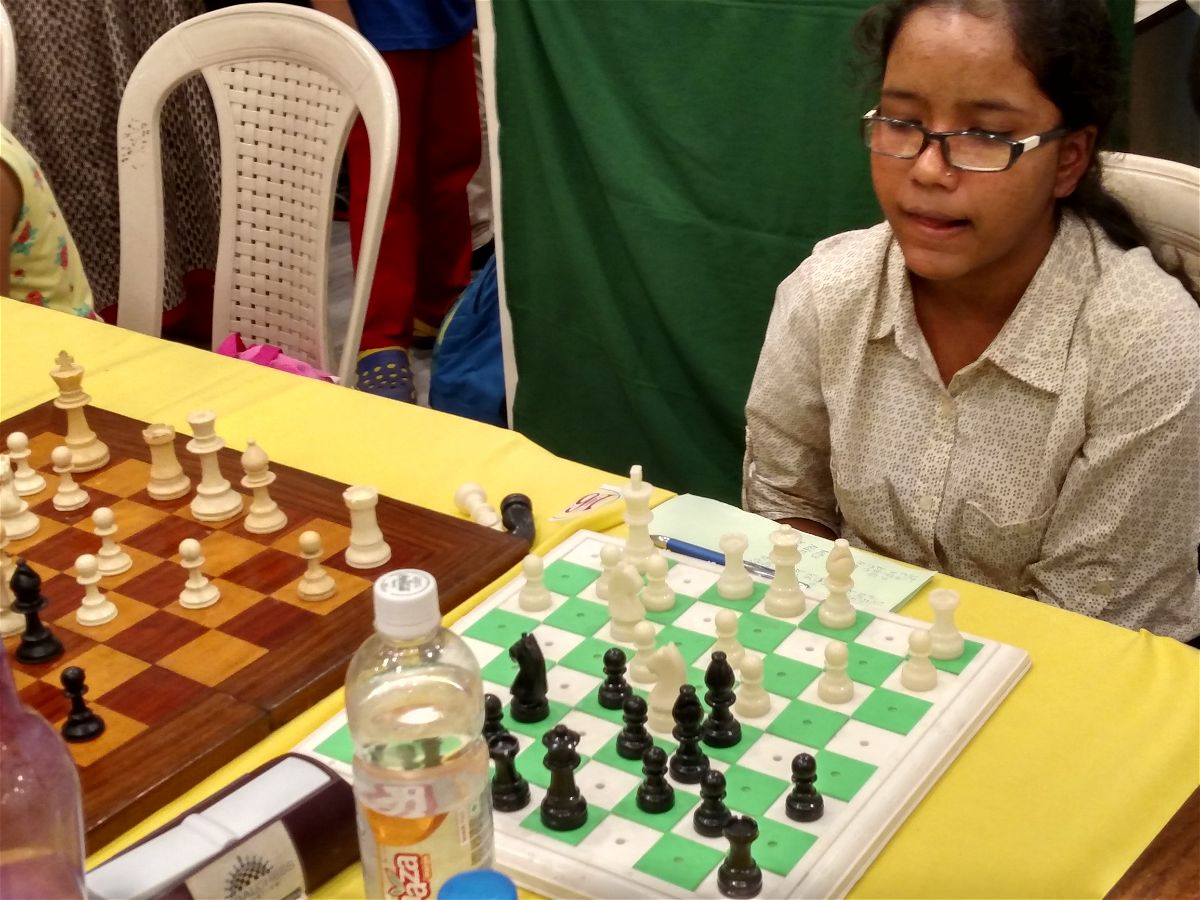 Only Visually Challenged player of the event Megha Chakraborty had a good start with 3.5/5 points, but lost her last three rounds 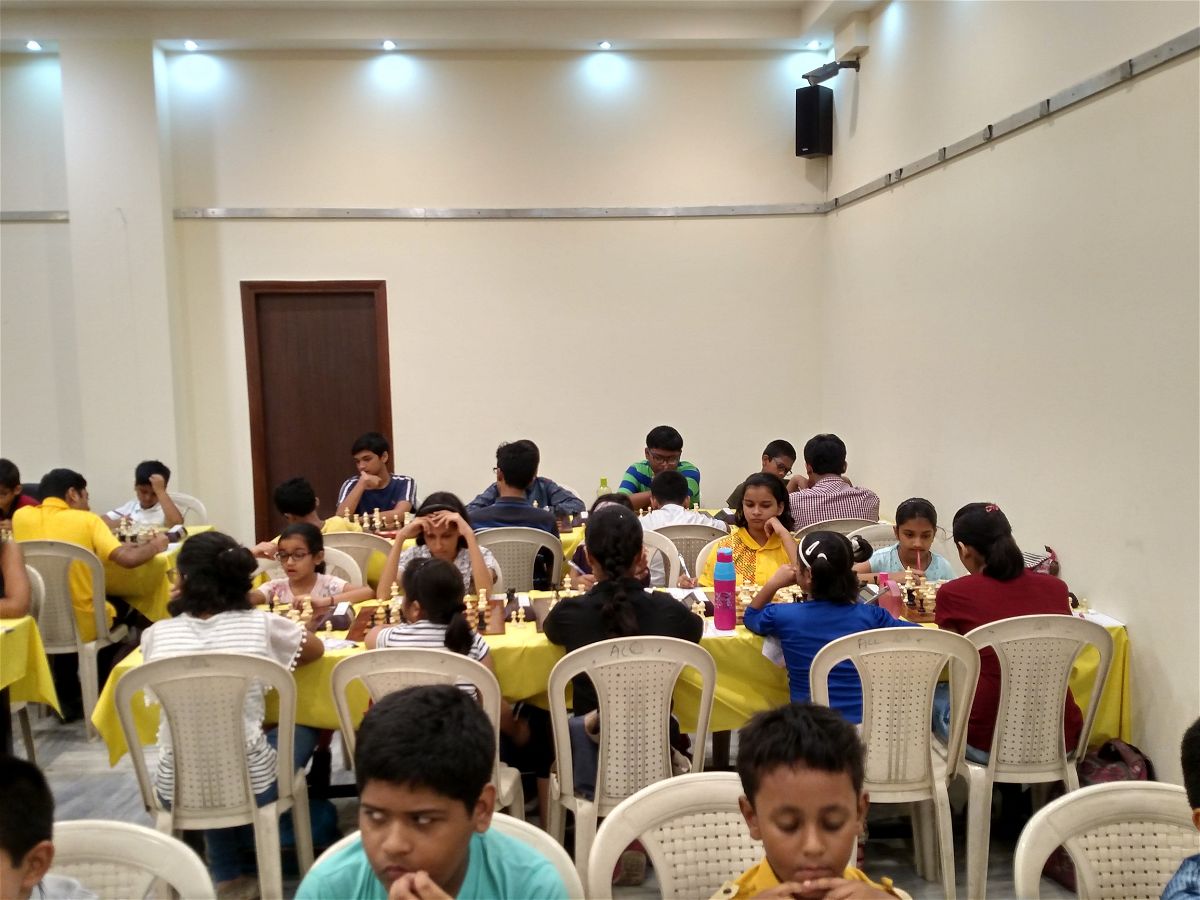 This was the biggest state sub junior chess championship in the history of West Bengal Chess as 235 boys and 86 girls participated. The tournament was inaugurated in presence of GM Neelotpal Das, IM Nisha Mohota, Joint Secretary of AICF, IM Atanu Lahiri, Vice President of Bengal Chess Association, Atin Sengupta, President of Alekhine Chess Club, Biswaroop De and Head of the Russian Centre of Science and Culture, Yury Dubovoy. Here are some highlights from the event.

The tournament director Soumen Majumdar who has hosted and organized various National and International tournaments multiple times at Gorky Sadan before, will be back in December with 26th edition of The Telegraph Schools' Chess Championship.