by Vikas Sahu - 12/04/2018
Sauravh Kherdekar of Railways won the 2nd edition of the Holi Cup Lakecity Open Rated Tournament which was organized by chess in lakecity under the aegis of All Rajputana Chess Association and All India Chess Federation. The event was held at Bhandari Darshak Mandap, Chetak Circle, Udaipur. 40 years old FM Sauravh Kherdekar remained undefeated, scored 7.5/8 and became champion in a very convincing manner. Top seed of the event IM Rahul Sangma scored 7.0/8 and finished 3rd. Vikas Sahu, who is the secretary of Chess in Lakecity, sends us a detailed summary of what happened at the event.

Dubbed as "the most romantic spot on the continent of India" by British administrator James Tod, Udaipur which is known for its history, culture, scenic locations and the Rajput-era palaces is one of the most popular tourist destination in India. It is also popularly known as the "City of Lakes" or the "Kashmir of Rajasthan". For the visitor there's the tranquillity of boat rides on the lake, the bustle and colour of ancient bazaars, a lively arts scene, the quaint old-world feel of its better hotels, endless tempting shops and some lovely countryside to explore on wheels, feet or horseback. 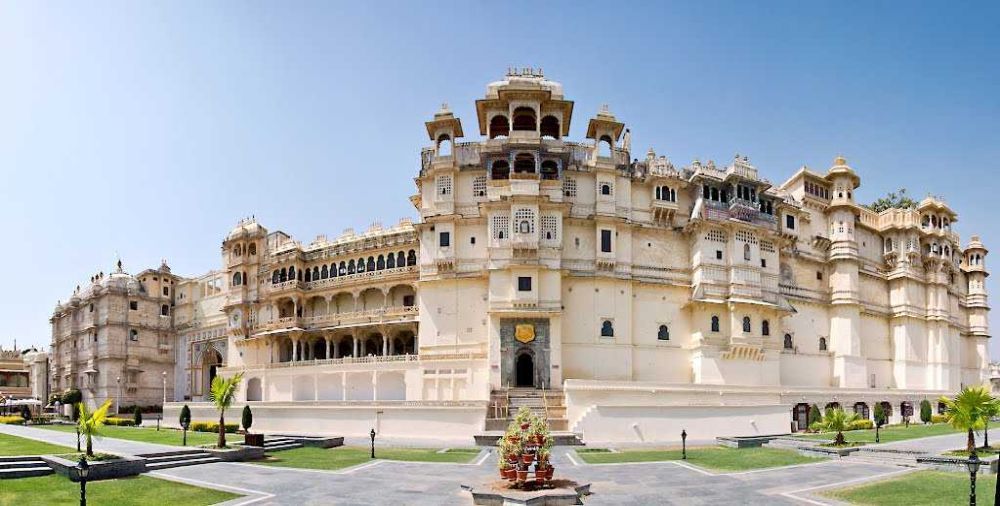 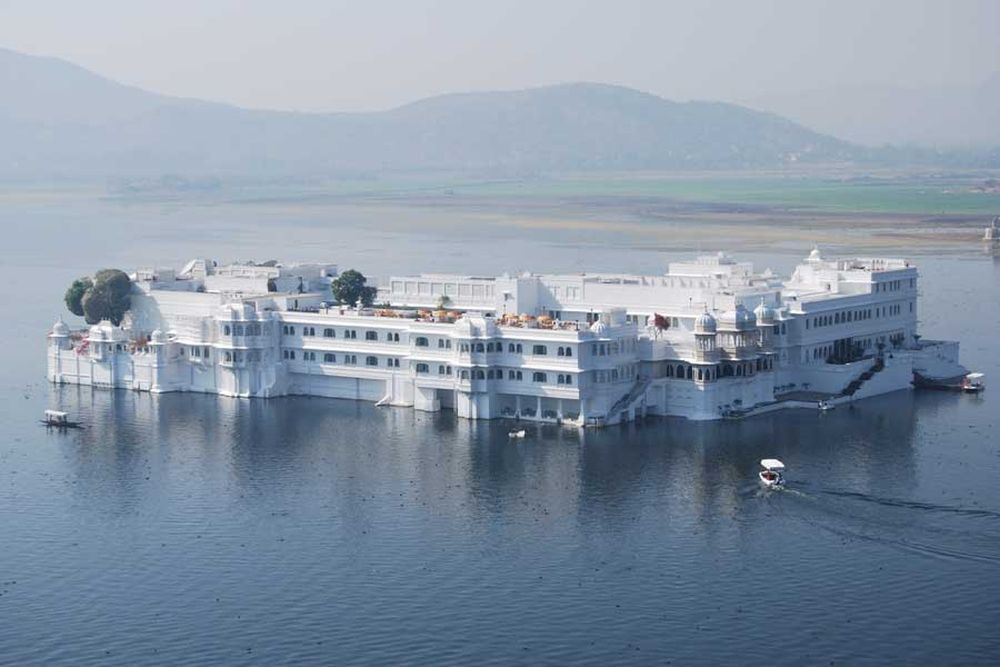 Couple of weeks ago we saw something very refreshing and unique! Big hoardings of India's chess superstar GM Baskaran Adhiban at some of the busiest junctions in Udaipur! 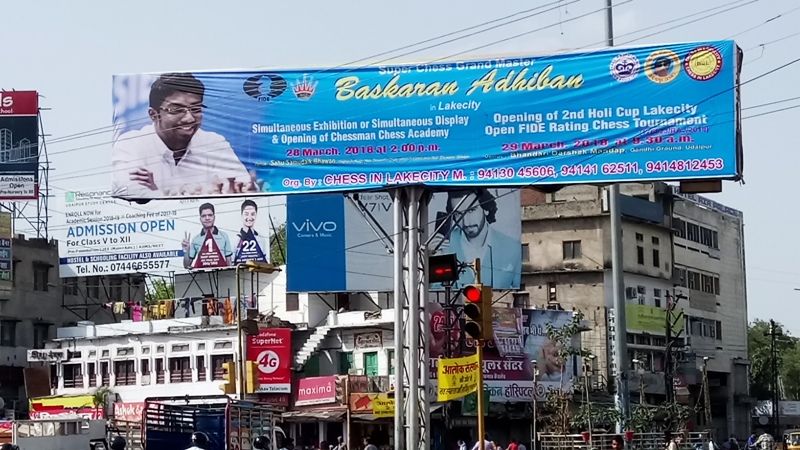 One of the most loved chess superstar of India | Photo : Vikas Sahu 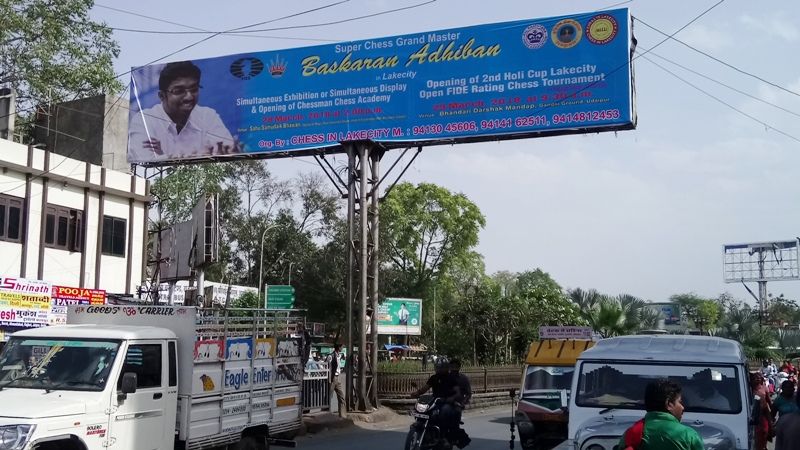 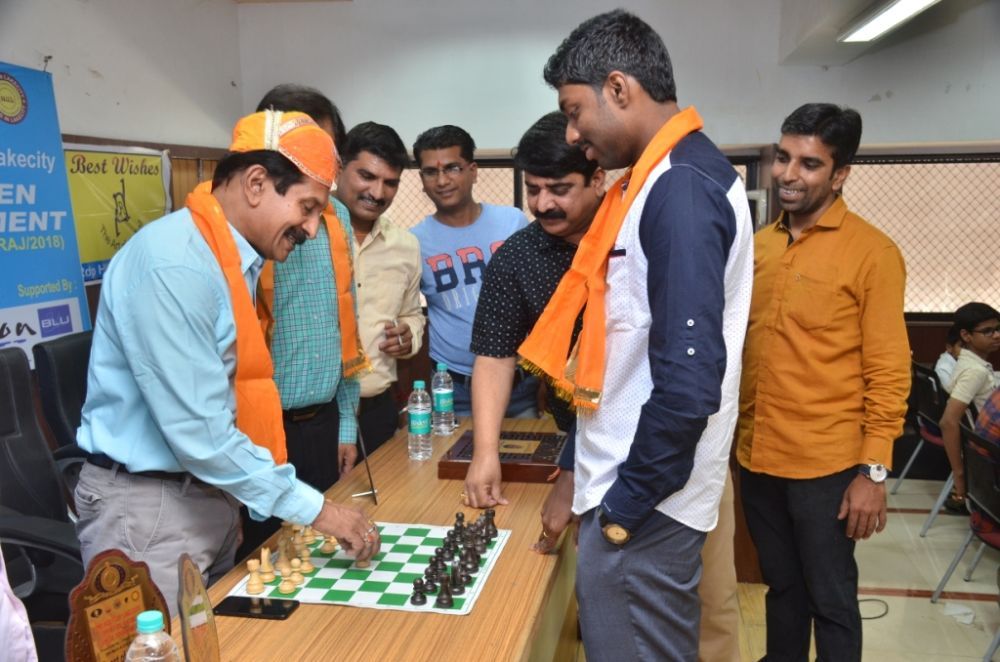 GM Adhiban was there in the beautiful city to inaugurate the 2nd Holi Cup Lakecity FIDE Rating tournament along with Shri. Chandra Singh Kothari, Mayor, Udaipur City . The event attracted 498 players from 16 different states and also 2 players from USA and Scotland respectively. Altogether there were 317 fide rated players and 4 titled players. It was a 4-day event which started on 29th March and lasted until the 1st April.

In the penultimate round FM Saurabh Kherdekar of Railways beat his joint leader Prakash Ram of Punjab to take the sole lead with 7 points and in the last round Saurabh and Santu Mondal of Delhi agreed to split the point in a queen ending which aroused from the Dutch Defense, with this half point Saurabh Kherdekar won the tournament with 7.5 points out of possible 8. Santu Mondal of Delhi and IM Rahul Sangma of Railways scored 7.0/8 and had to settle for the 2nd and 3rd spots respectively on the basis of tie-breaks. 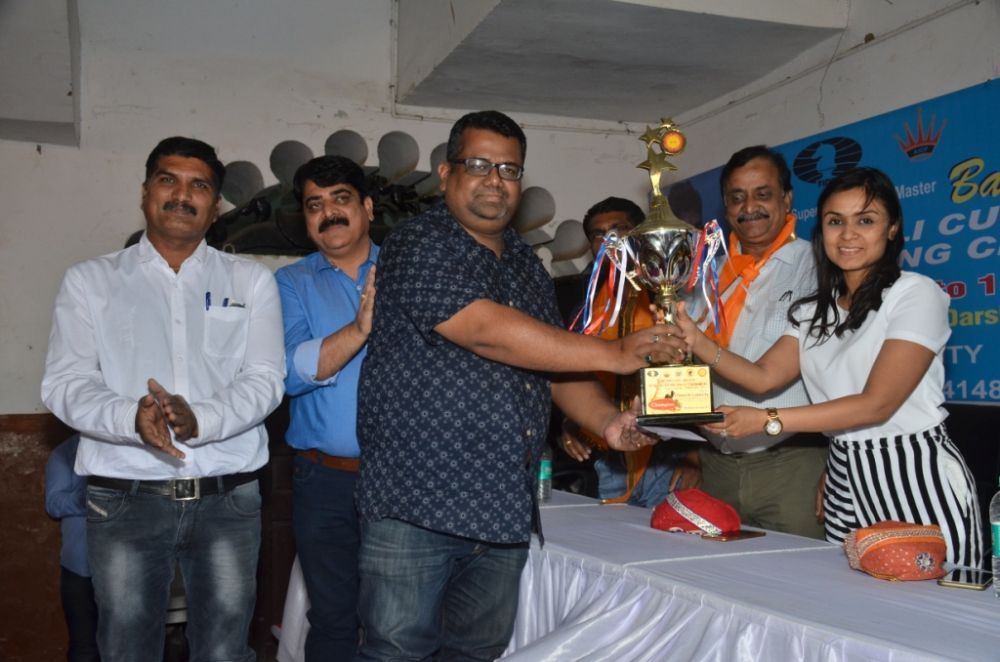 FM Saurabh Kherdekar is the Champion of the 2nd edition! | Photo : Vikas Sahu

Mr. Rajeev Bharadwaj was the tournament director and the Arbiters team was lead by IA Swapnil Bansod, Chief Arbiter and IA Rajendra Teli was the Dy. Chief and they were assisted by FA Mohd. Mehmood, myelf, SNA Manish Chandalia, SNA  Roopak Arora, and SNA Raghvendra Kumar Shukla. The Arbiters were very much competent and reacted in every condition with equipped technical knowledge.

This event was a huge success with an excellent arrangement for venue, accommodation, food etc. The players and the managers were very much co-operative and it was concluded without a single dispute. 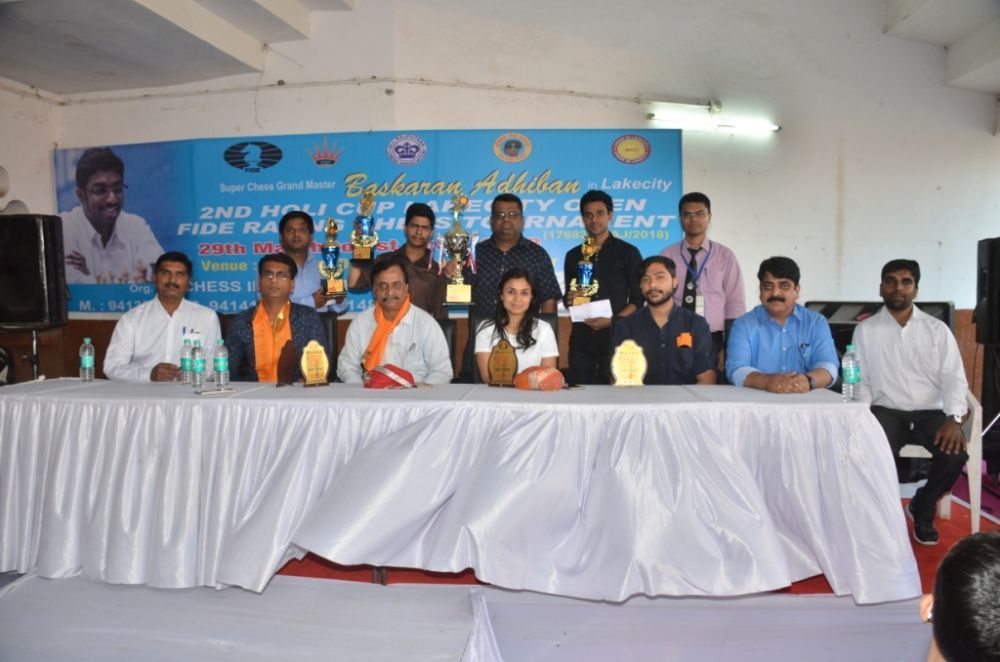 Vikas Sahu is a FIDE Arbiter and National Instructor, and also the secretary of Chess in Lakecity. You can reach him at 9413045606/ 9829476158 . For more details, do visit: www.chessinlakecity.com