It was a tournament with organization par excellence. The playing hall was mammoth and it hosted 801 participants from all over India. The 2nd RWF tournament was a huge success. The event that had 16 titled players and was won by P. Shyaamnikil from Tamil Nadu. He went back home with a prize of Rs.70,000. Halsagar Chincholimath, who organized a ChessBase workshop at the venue, sends us a beautiful pictorial report.

The 2nd Rail Wheel Factory International FIDE rating tournament held in Bangalore was a 9-round Swiss tournament that witnessed record participation. 801 player took part to make this one of the most successful tournaments in our country. There were also players from foreign countries like US, Japan New Zealand and Nepal. 445 out of these 801 were rated players. 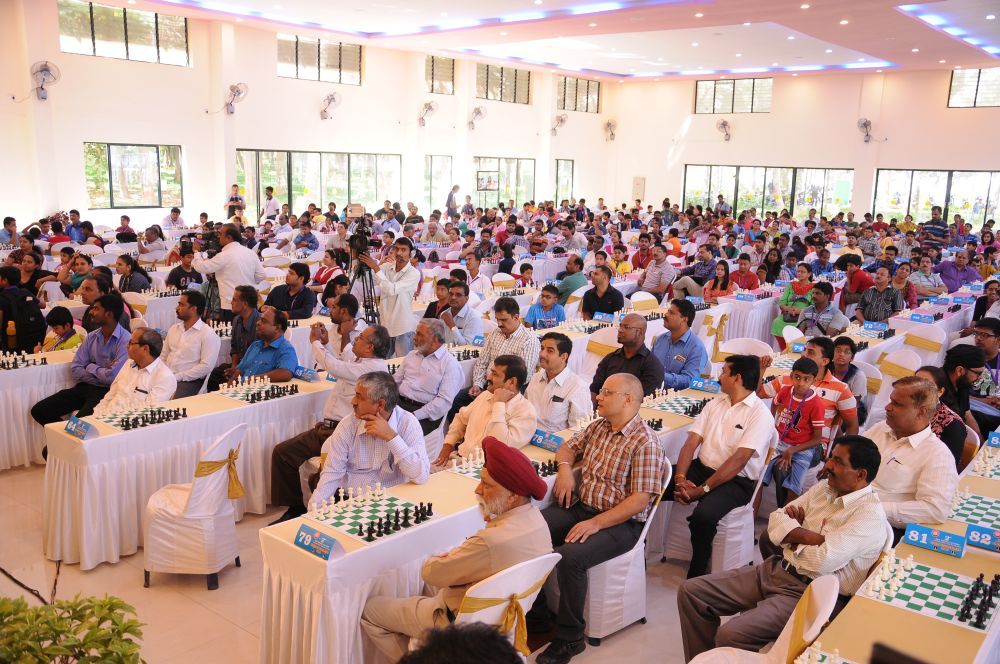 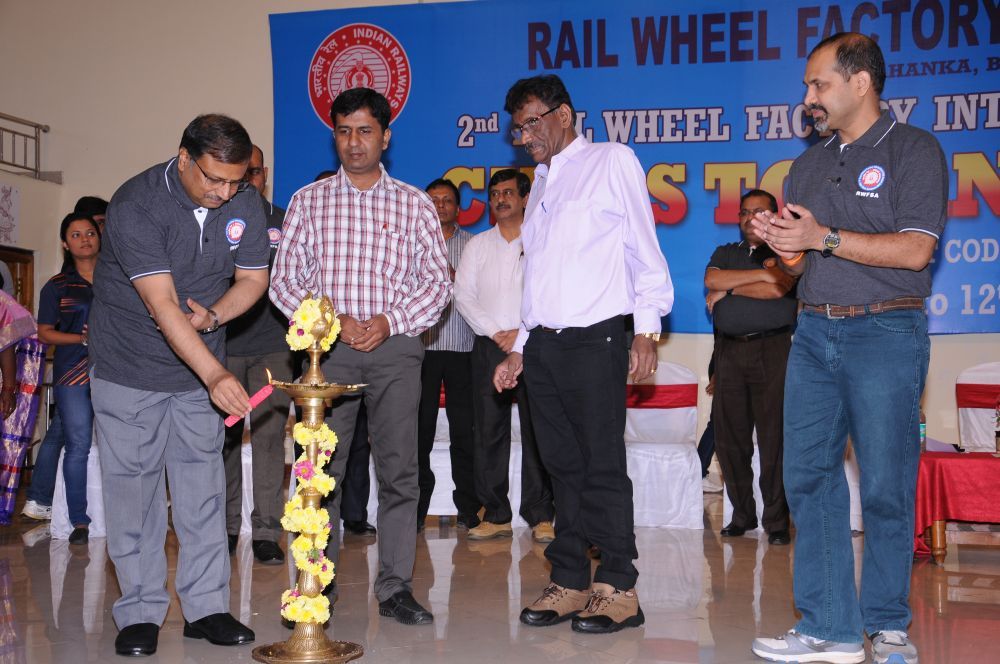 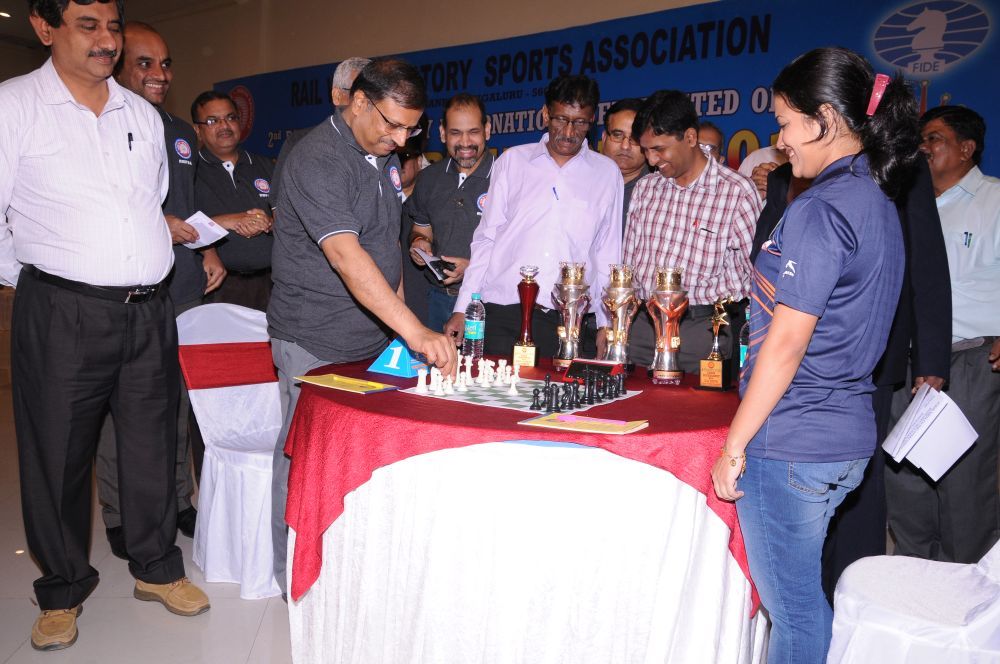 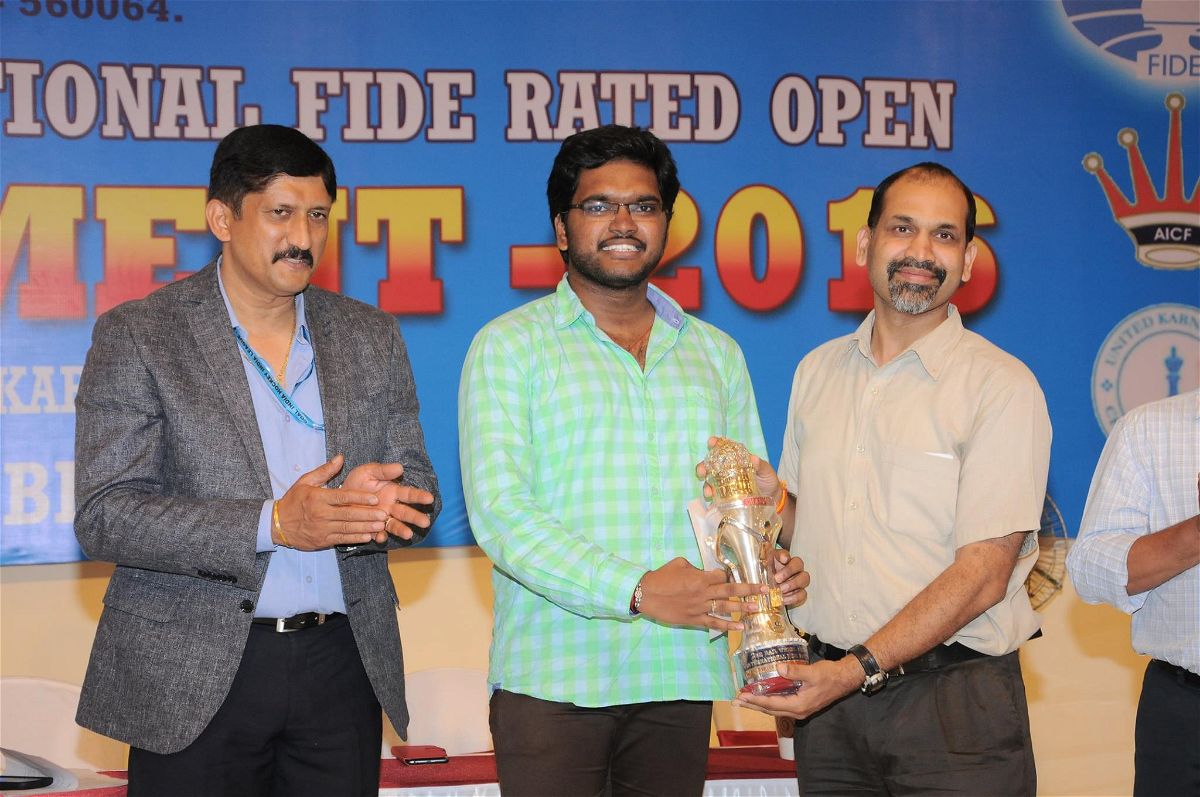 Top seed P.Shyaamnikhil crushed the field to score 8.5/9 and emerge as the champion. He went back home with the first prize of Rs.70,000 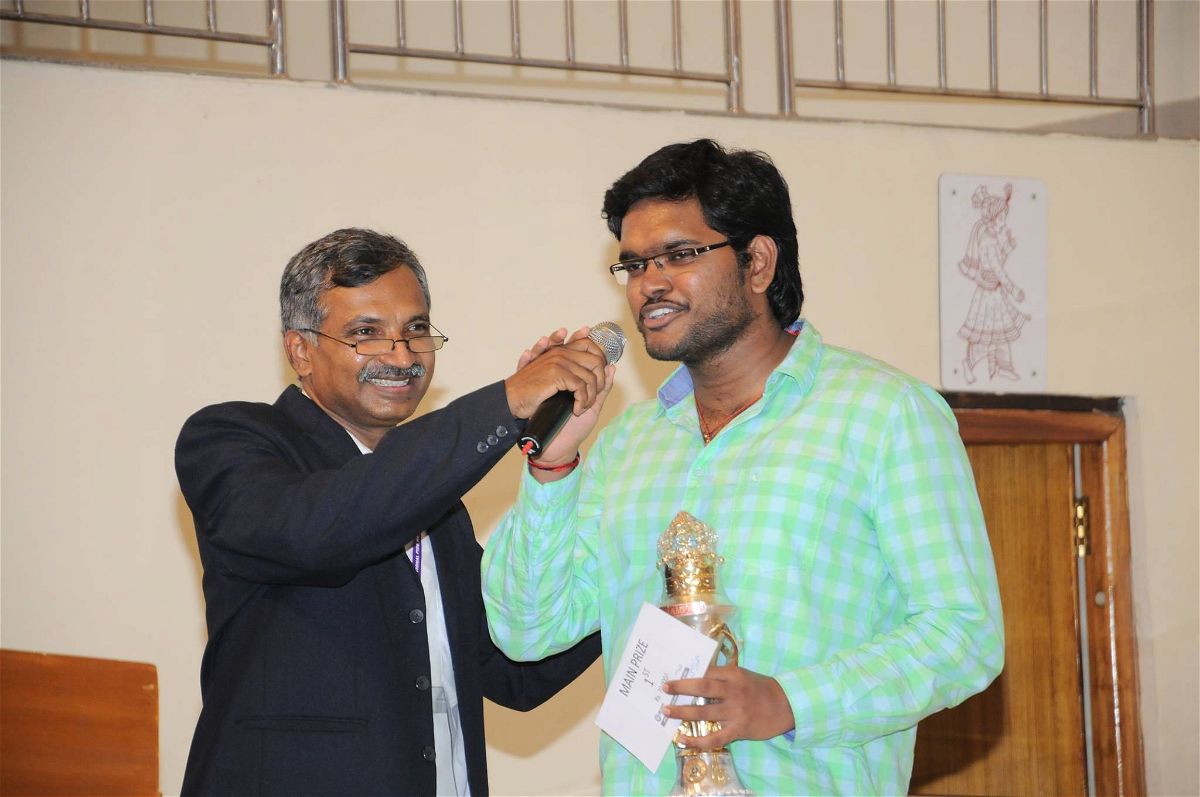 It's not very often that you get to see the soft-spoken and humble Shyaamnikil addressing a huge gathering! 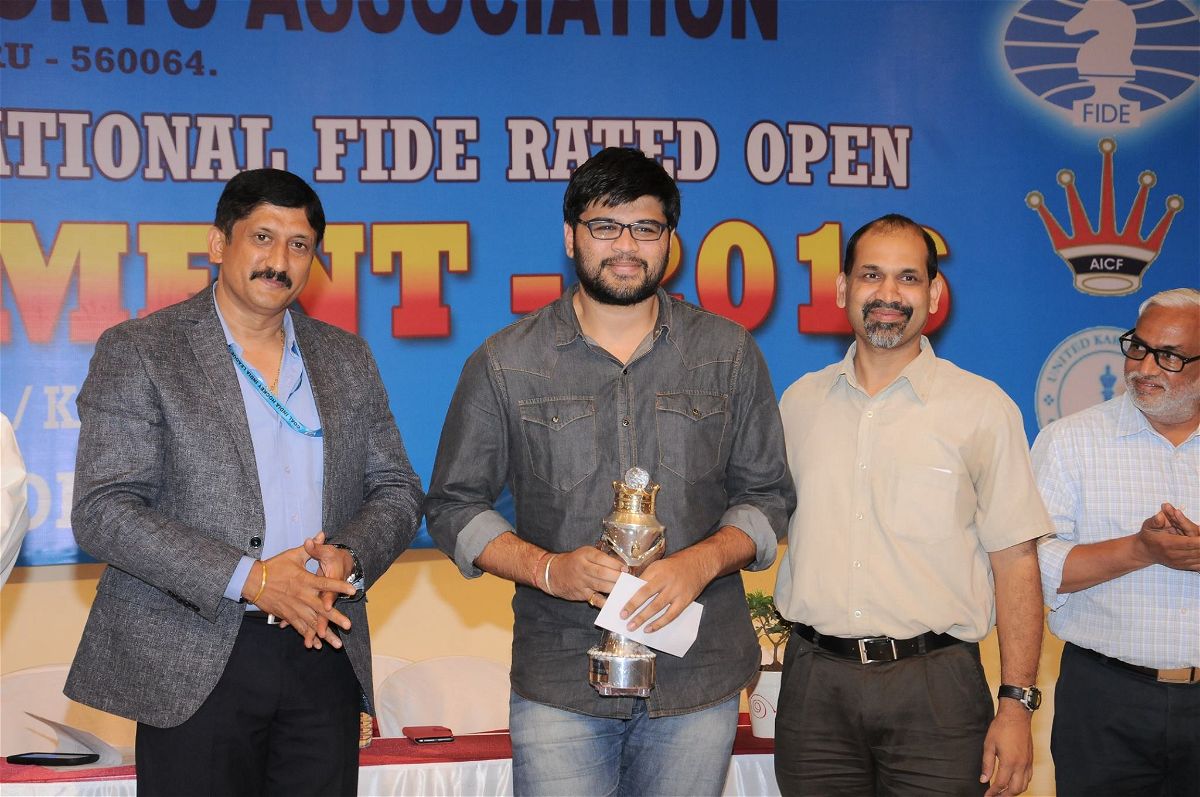 IM CRG Krishna has made a decision to play continuous rating tournaments in India. He played well and finished second. 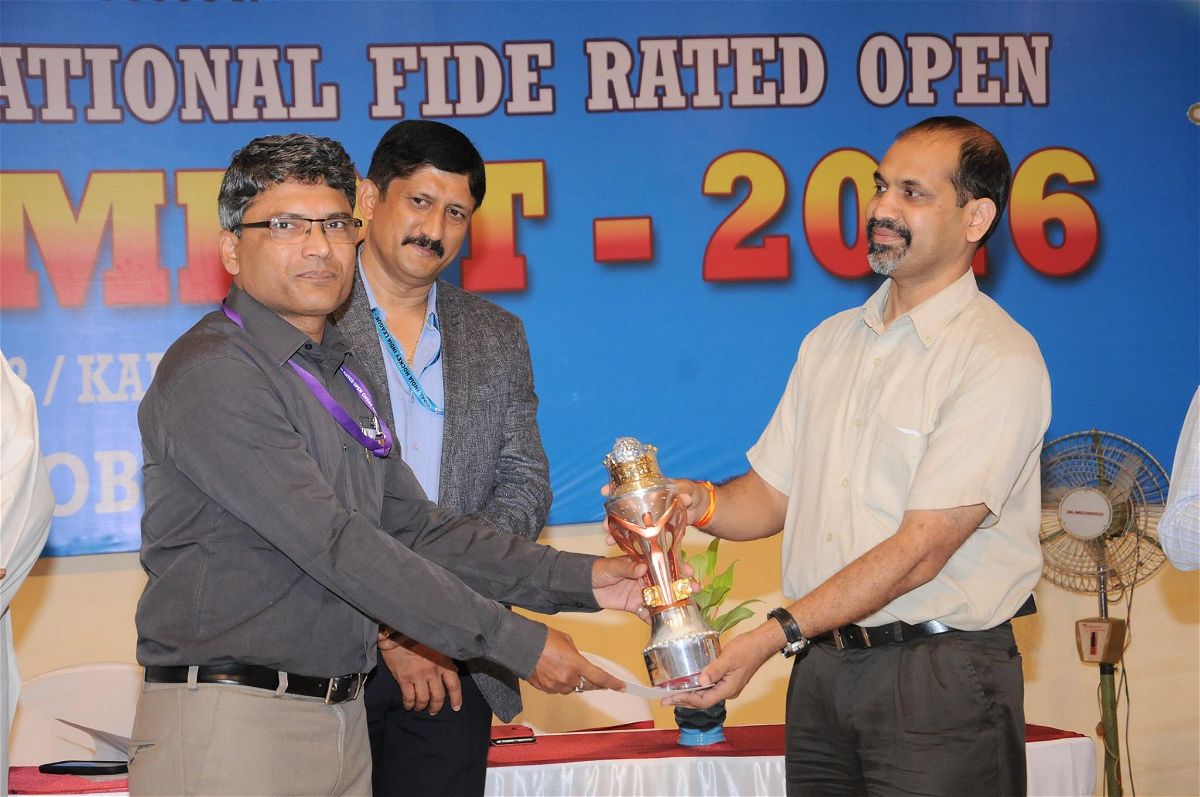 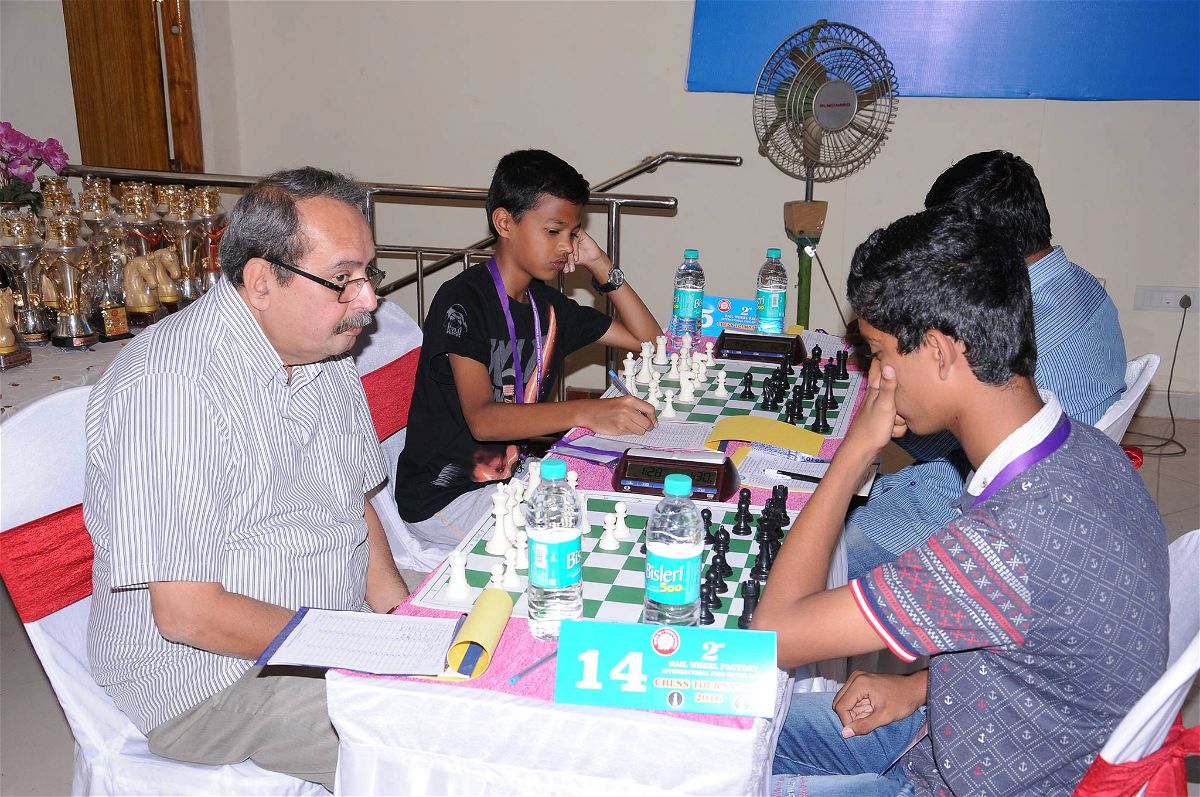 Many people start playing a lot of tournaments after they retire from their jobs. But not many can play chess as strongly as IM Ravi Hegde. The experienced IM from Karnataka finished fourth scoring 8.0/9. 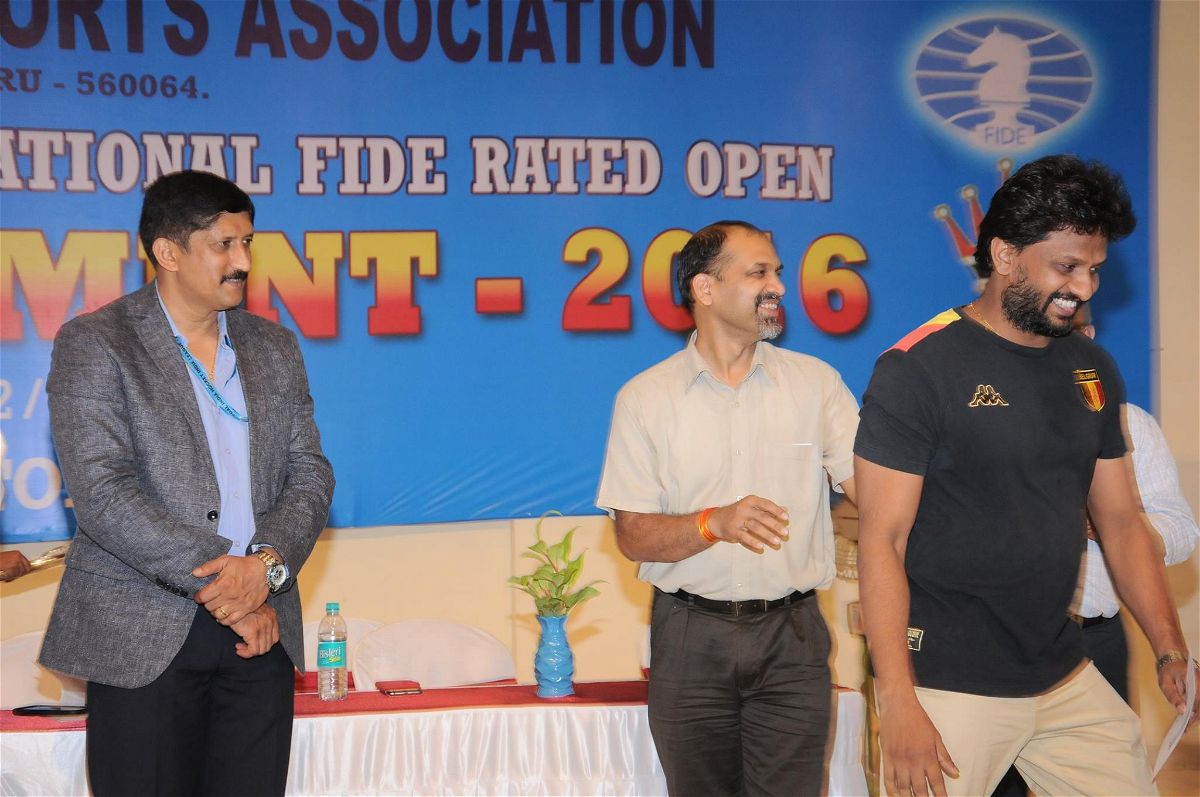 Amardeep Bartakke ended with the fifth spot. He was not present and his friend Ketan Boricha went to take the prize for him! 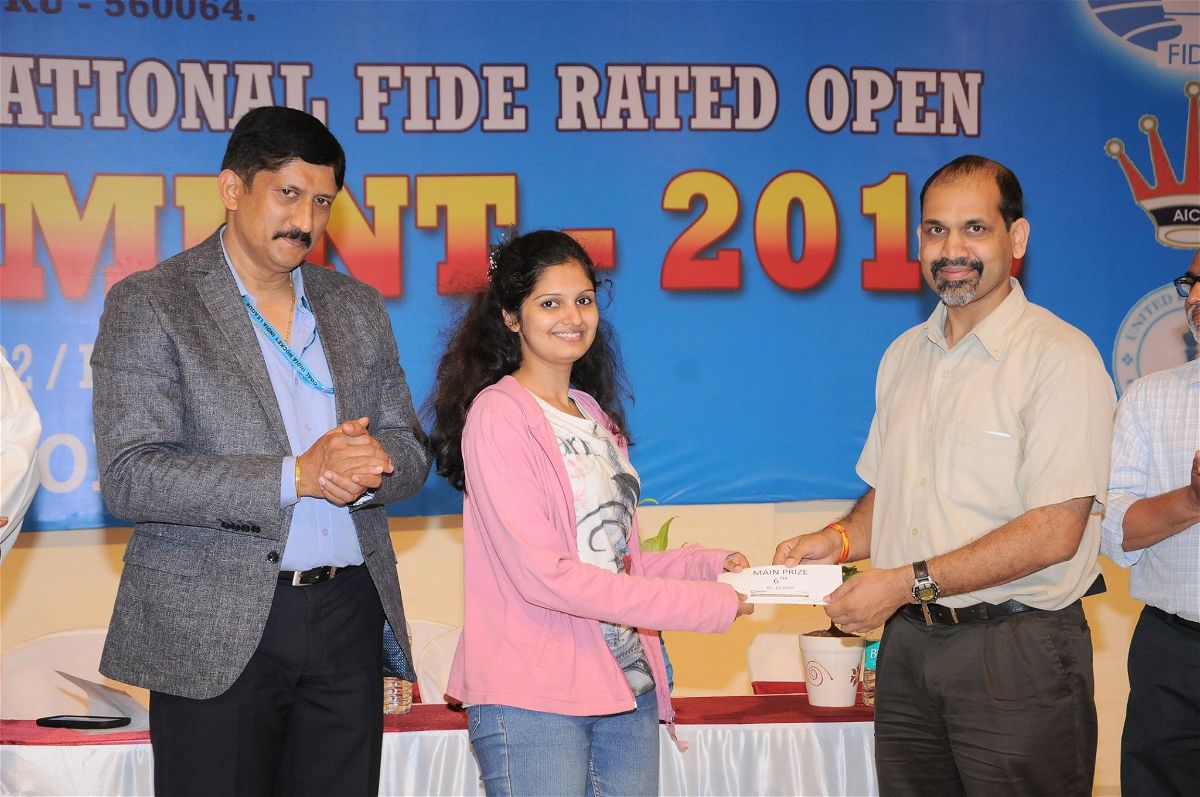 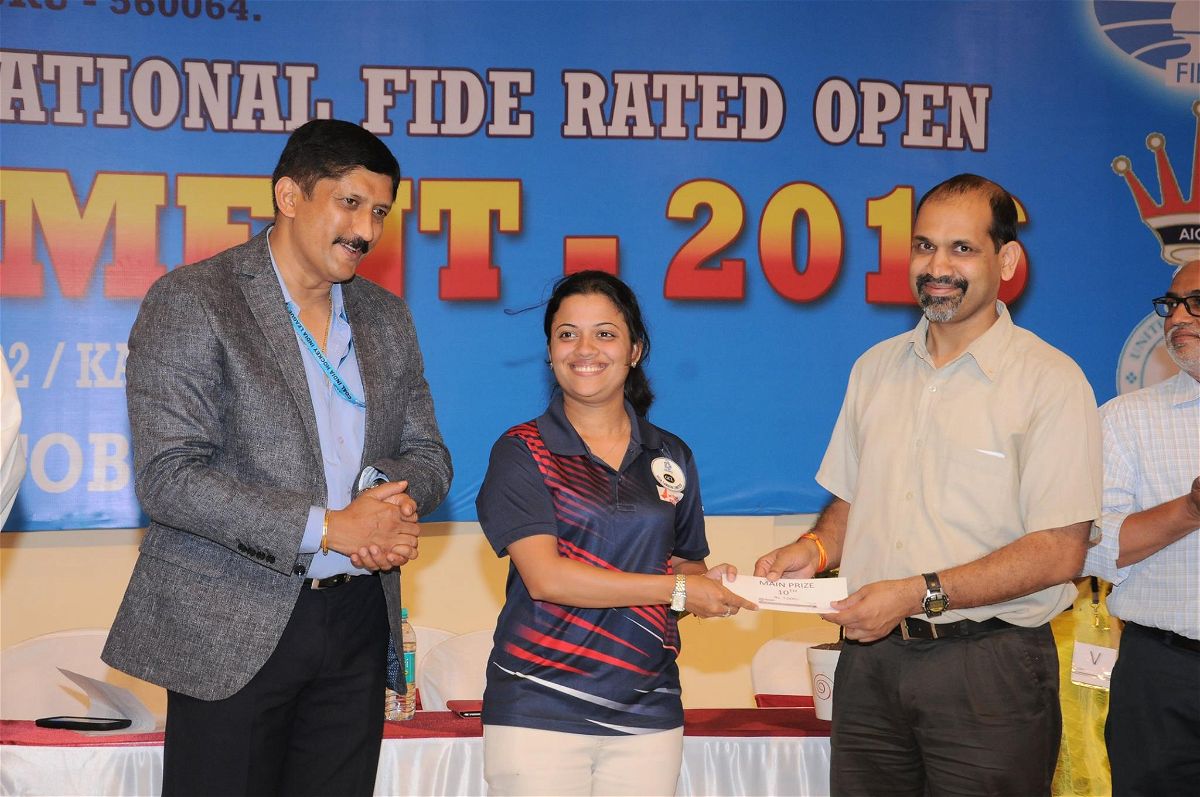 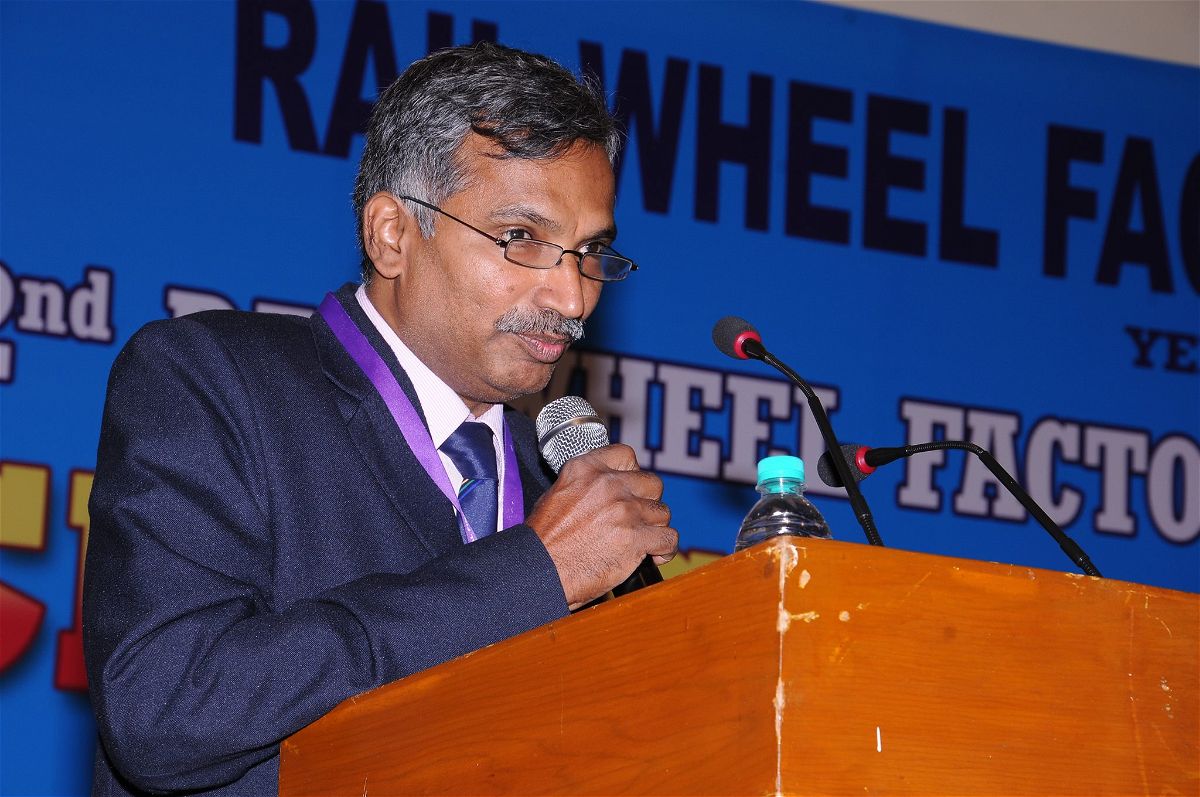 Chief Arbiter IA Vasanth BH did a commendable job. It is never easy to take care of so many participants at the same time. 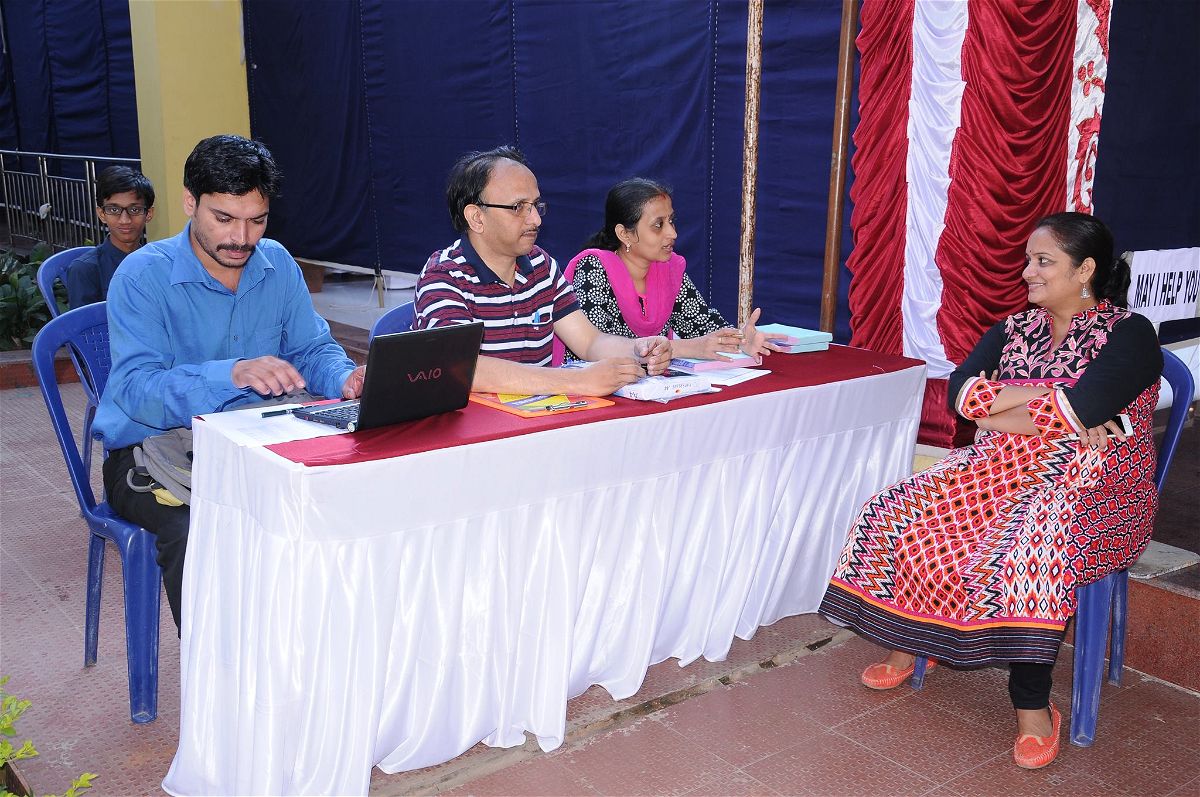 G.K. Muralidhara, an avid supporter of Indian chess, ensures that registration of all the participants is done smoothly 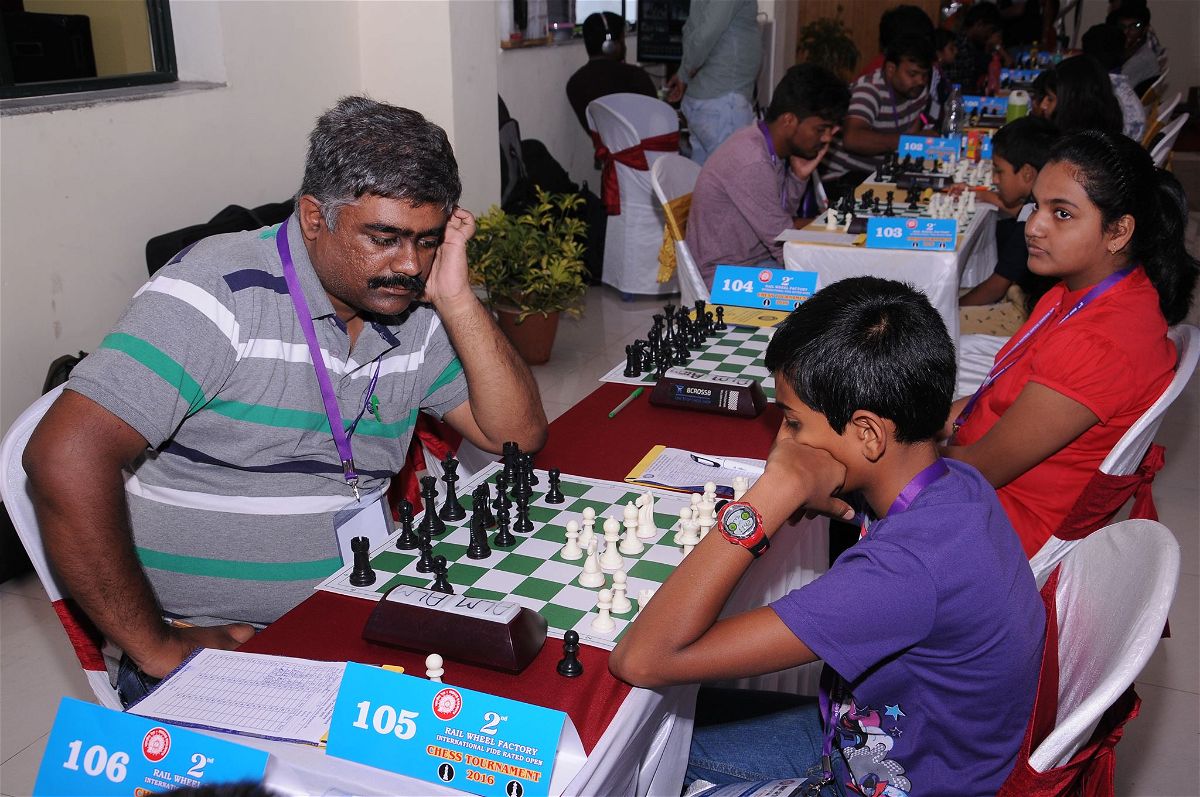 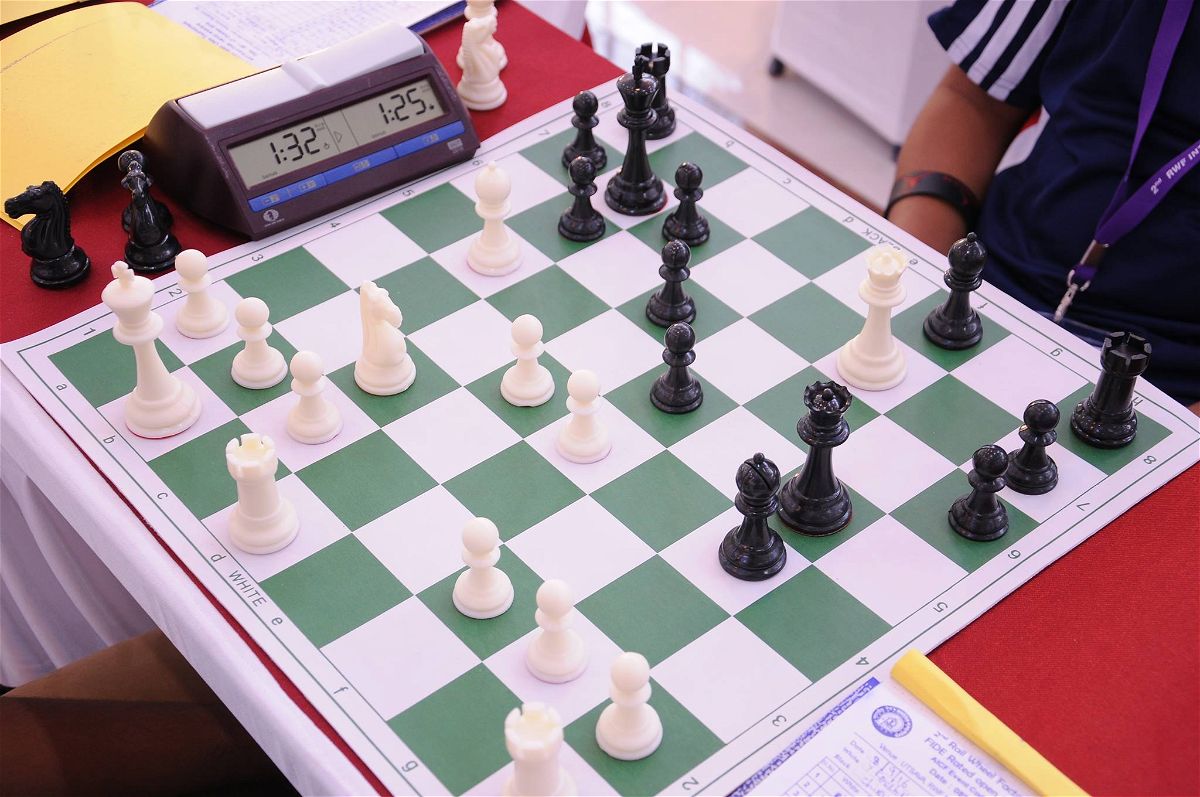 Some people are in real hurry to finish off their games! 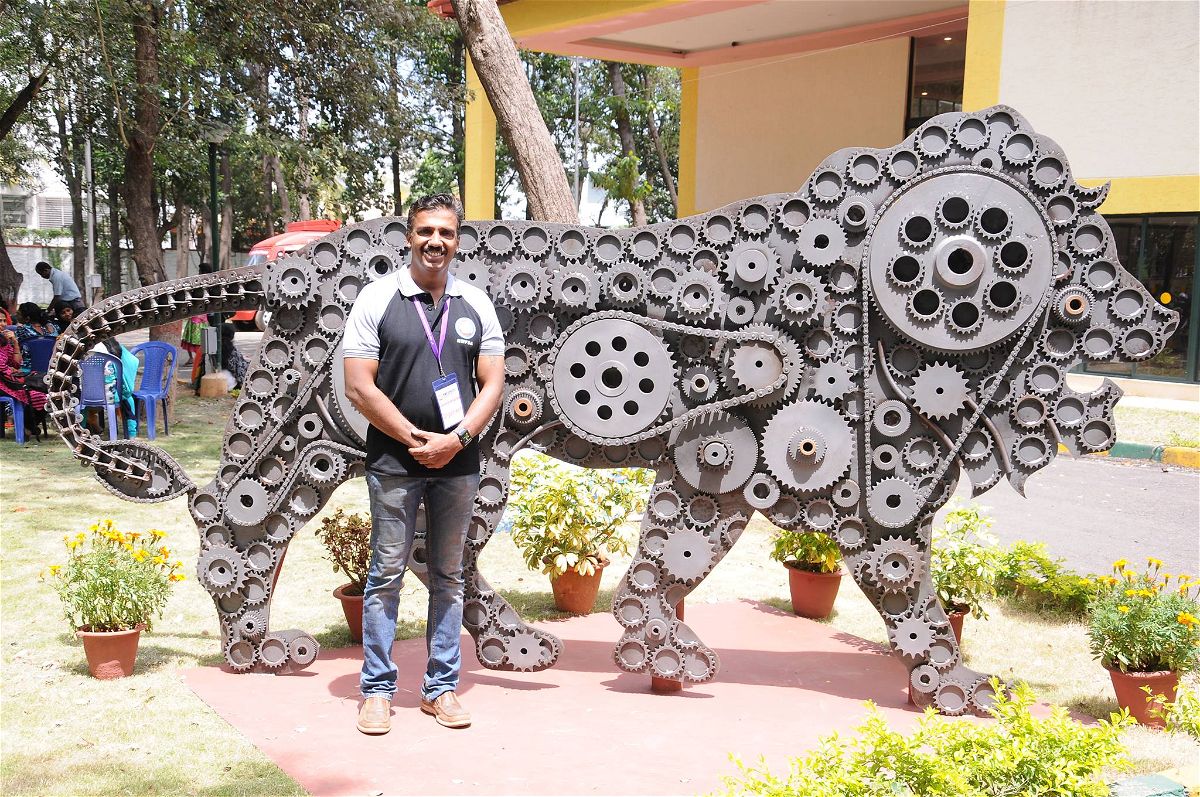 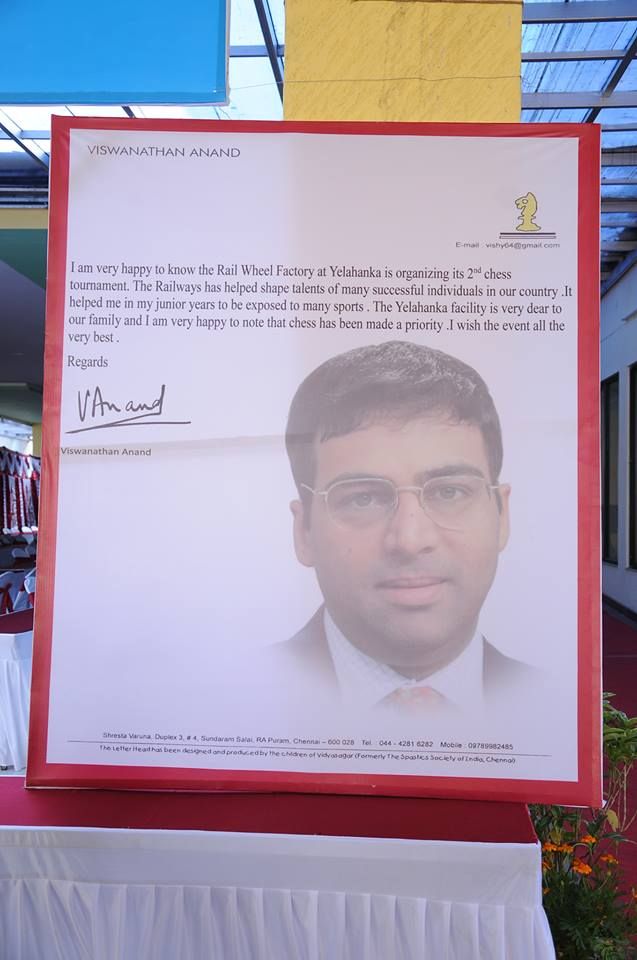 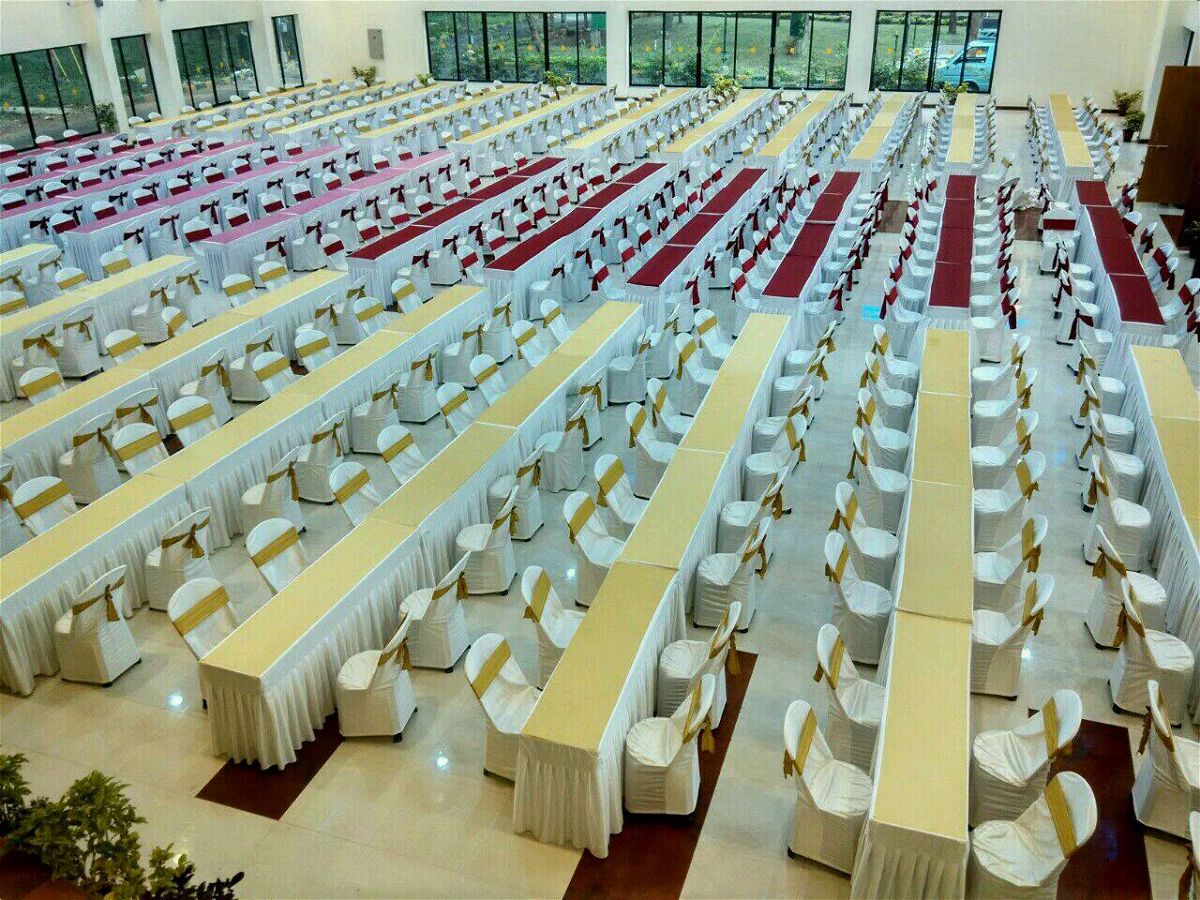 801 participants, excellent playing hall and great conditions made this one of the best organized events in India 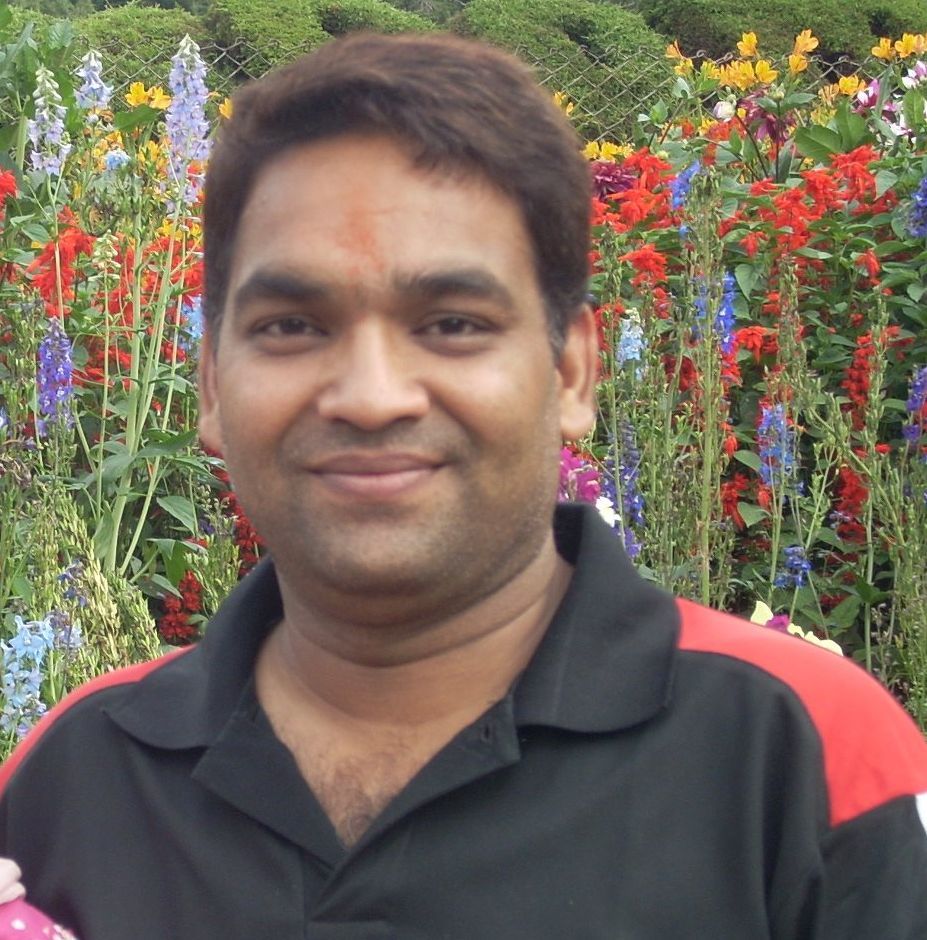 Heartiest congratulations to Rajeev Bhat and his team for the successful completion of the 2nd RWF International tournament. 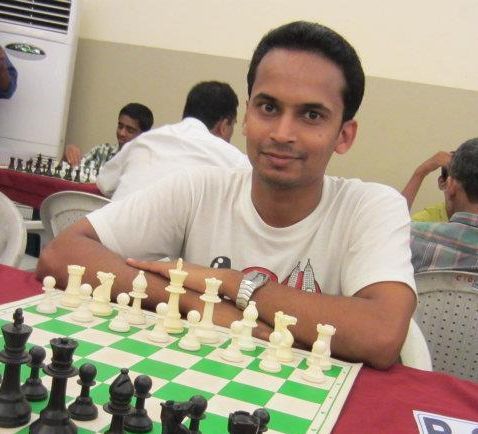 Halsagar Chincholimath is a chess lover. His highest Elo was 2212. He is currently a coach in Bangalore and also the Playchess admin for ChessBase India. He conducted a ChessBase workshop at the 2nd RWF International tournament.