It was a cliff hanger as Sauravh Kherdekar and Rahul Sangma both won their games to race ahead with 7.5/8 at the 2nd RBK International 2016. In came Rakesh Kulkarni and beat Sangma, which cleared the path for Kherdekar. The experienced Sauravh maintained his calm and with an excellent performance won the event with 9.0/10. Rajababu Gajengi sends us an illustrated report of this well-organized event.

The total prize fund of the tournament was Rs.3,05,000/- with 100 attractive trophies for children (ten trophies for boys and ten for girls in five different age-groups). 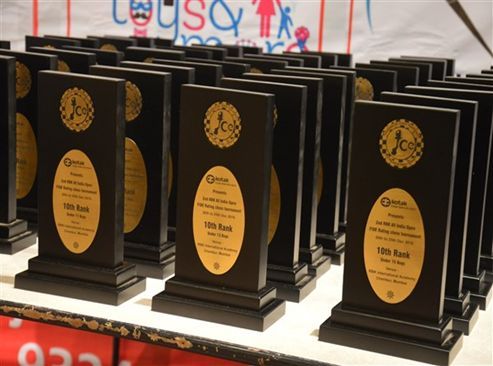 The trophies for all the winners 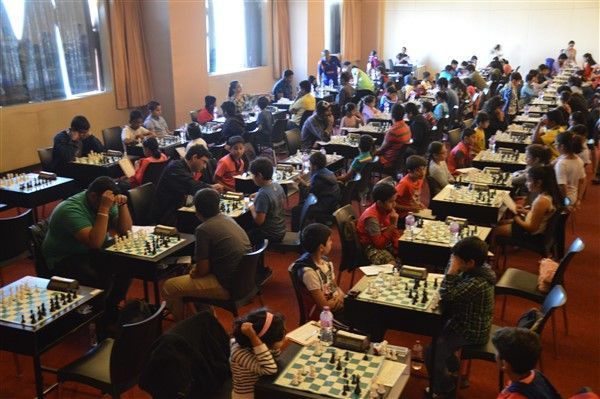 All the games were played on individual tables 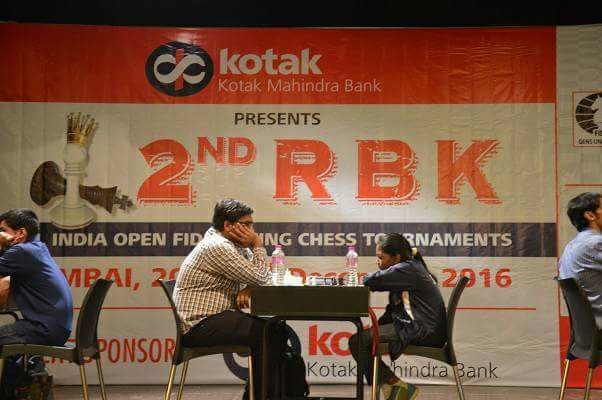 Rakesh Kulkarni playing on the top board

After six rounds there was already no one with a perfect score. Five players led with 5.5/6. They were Sauravh Kherdekar, Pranav Shetty, Vikramaditya Kulkarni, Rahul Sangma and Amardeep Bartakke.

In the seventh round Rahul Sangma beat Vikramaditya Kulkarni, and Sauravh got the better of Pranav Shetty. The race had now narrowed down to Rahul and Sauravh with three rounds to go.

As both of them had drawn against each other in the sixth round, they were paired against other players in the eighth and both Sangma and Kherdekar continued their winning streak and were now leading jointly with 7.5/8. Someone had to blink and the spectators were waiting eagerly as to who would run ahead.

The ninth round proved to be the decisive one as Rakesh Kulkarni beat Rahul Sangma and Sauravh Kherdekar got the better of Srija Seshadri. Sauravh was now the sole leader with 8.5/9 and one round to go. He was followed by Rakesh Kulkarni on 8.0/9.

In the final round Rakesh had the black pieces against Kherdekar. Sauravh made a draw and thus became the champion with a clear half point margin. A very solid performance by Sauravh Kherdekar, who was at point one of the best players of Maharashtra. 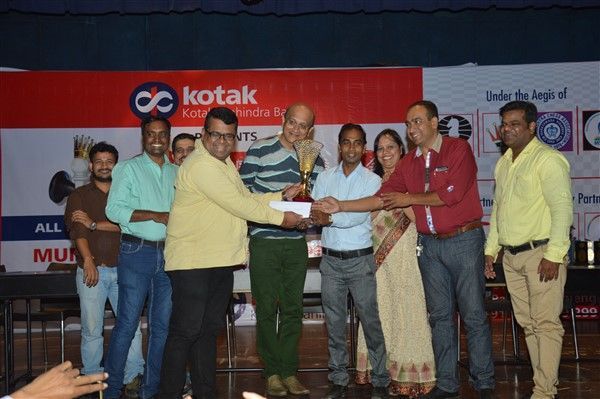 The winner Sauravh Kherdekar (yellow shirt) won the 2nd RBK International with a score of 9.0/10, and thereby gained Rs.50,000 and 41 rating points! 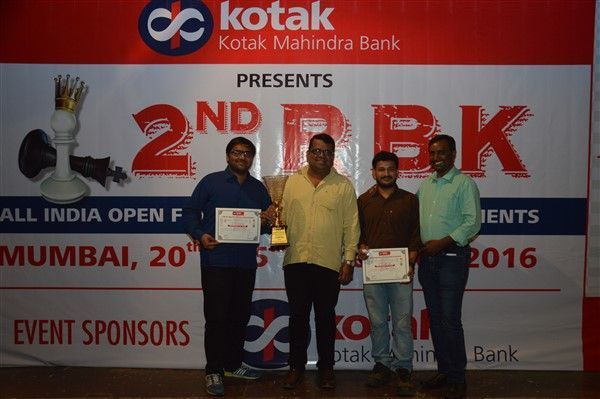 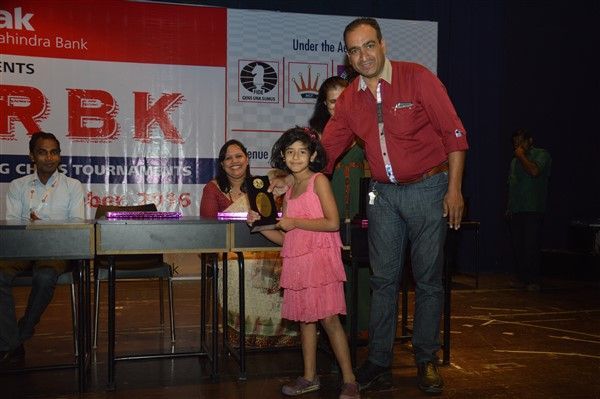 One of the youngest participants of the event, Under-7 girls winner Trish Krishnan 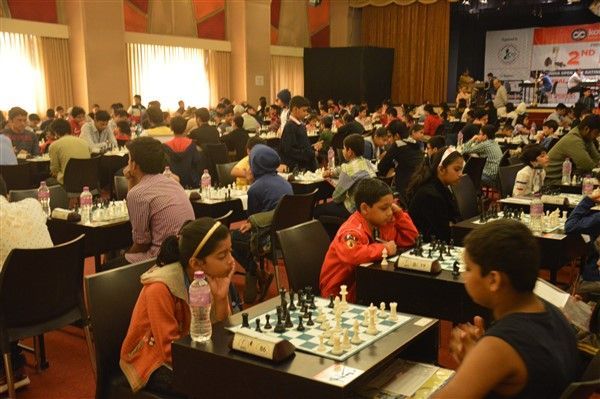 All participants were provided with water bottles in each round 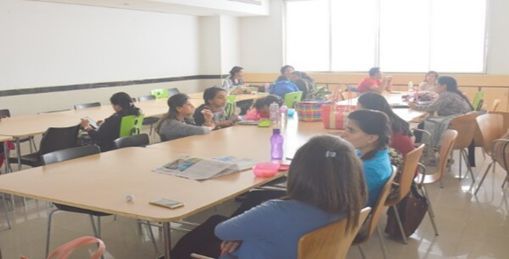 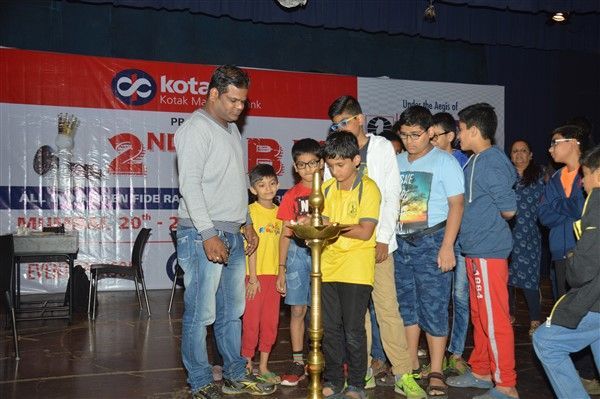 A refreshing change! It was the children who inaugurated the tournament. 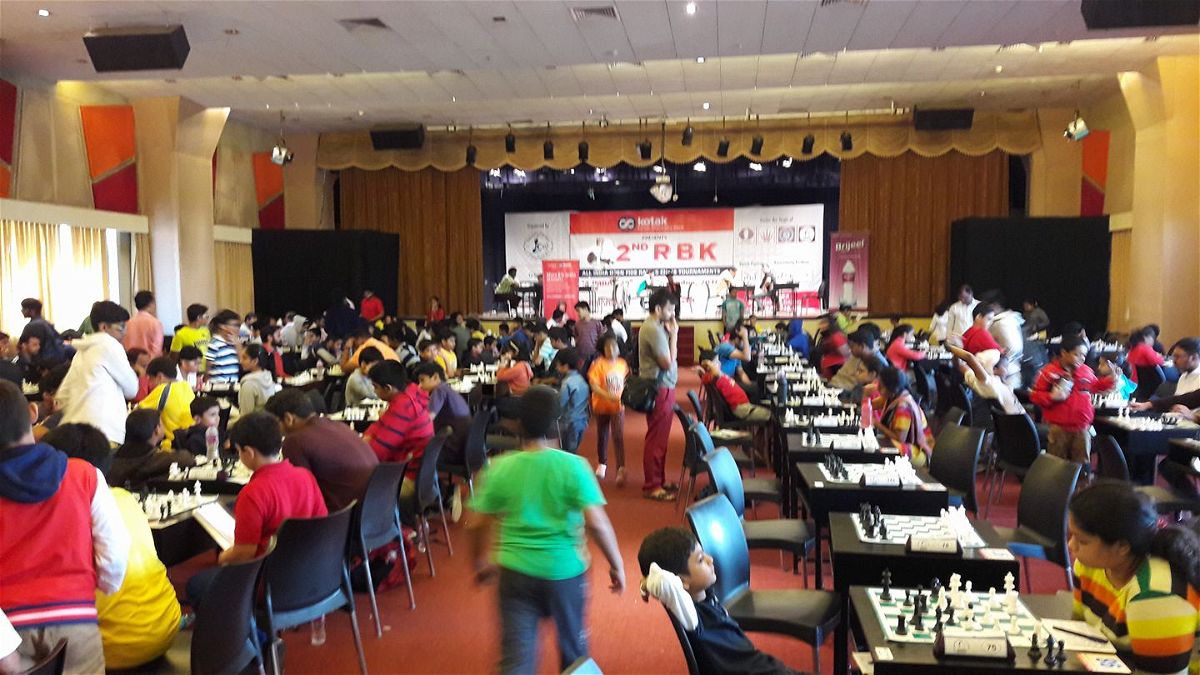 We hope to see you at the third edition of the RBK International in Mumbai in 2017! 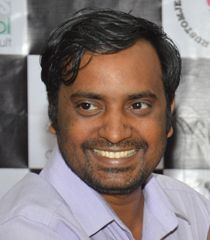 Rajababu Gajengi is the founder of the Insitute of Chess Excellence (ICE). He was the main organizer of the event. According to Rajababu, "At ICE we are truly inspired by children and the huge potential they hold." He is a coach, and also a strong chess player with an International rating of 1807. He believes the students at a young age should be tactically strong and you can see his students developing this skill well under his tutelage.