Nodirbek Abdusattorov (UZB) drew his final round game against Jaime Santos Latasa (ESP). Since Karthikeyan Murali and IM Pere Garriga Cazorla (ESP) won their respective games, Playoff was enforced. Karthikeyan prevailed the home-country player in the Semifinals, however he lost the Finals of the Playoff against Abdusattorov. Thus the top seed won the tournament, Karthikeyan secured second place and Pere was placed third. They won €10000, €5000 and €2000 cash and a trophy each respectively. IM Aditya Mittal and FM Aditya S Samant secured their second GM and IM-norm respectively. Photo: Patricia Claros Aguilar

Both IM Aditya Mittal and FM Aditya S Samant had a fantastic tournament. While the former remained undefeated, scored 6.5/9 to secure fifth place, earn his second GM-norm and win €1300 cash, the latter secured his second IM-norm. Both of them have very good chance to become India's latest Grandmaster and International Master respectively before the year 2021 ends as their next event, 8th Sunway Sitges Chess Festival starts in four days. 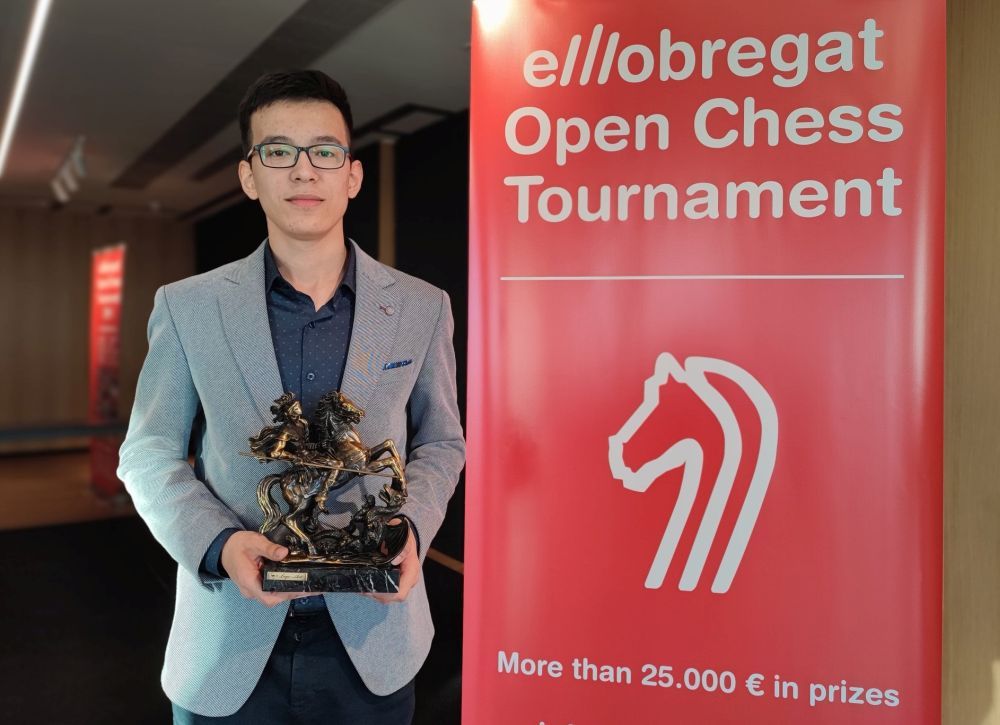 GM Karthikeyan Murali defeated IM Tomas Sosa (ARG) with a correct play in the endgame to tie for the first place 7.0/9 along with GM Nodirbek Abdusattorov (UZB) and IM Pere Garriga Cazorla (ESP).

IM Aditya Mittal had a hard-fought draw against GM Daniil Yuffa (ESP). The better part of the endgame featured four knights where Aditya used his knights beautifully to prevent his opponent from creating a passed pawn on the kingside. 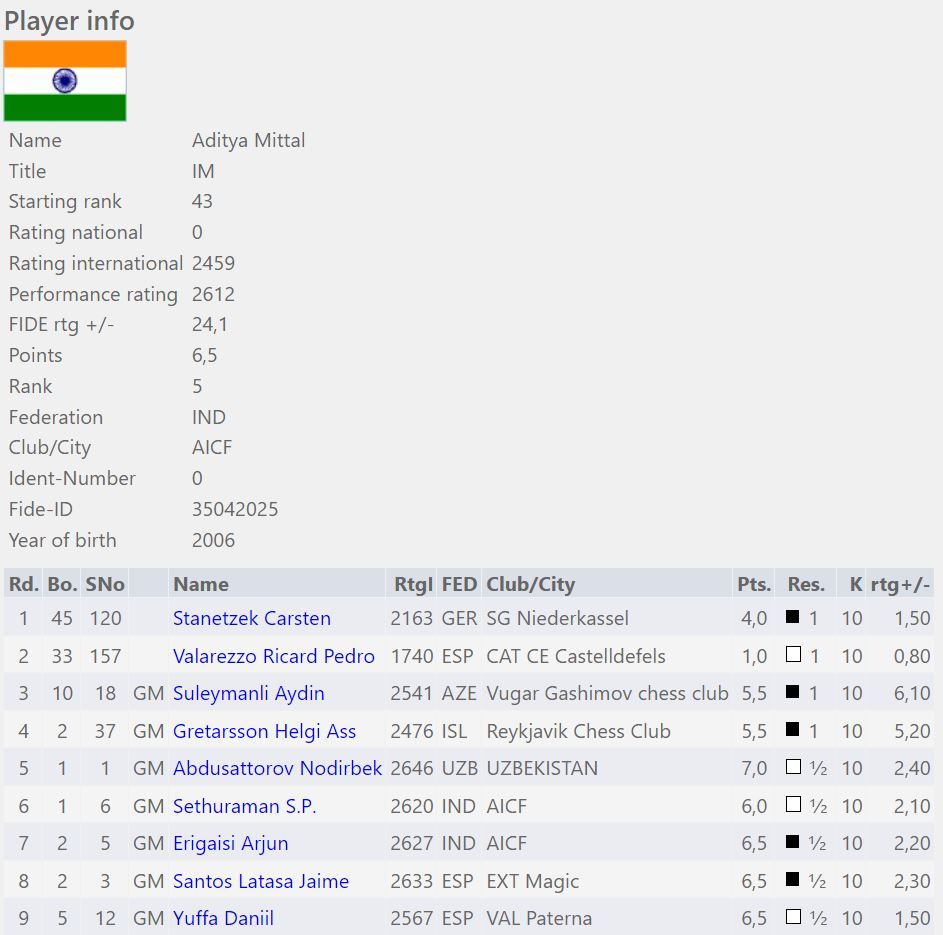 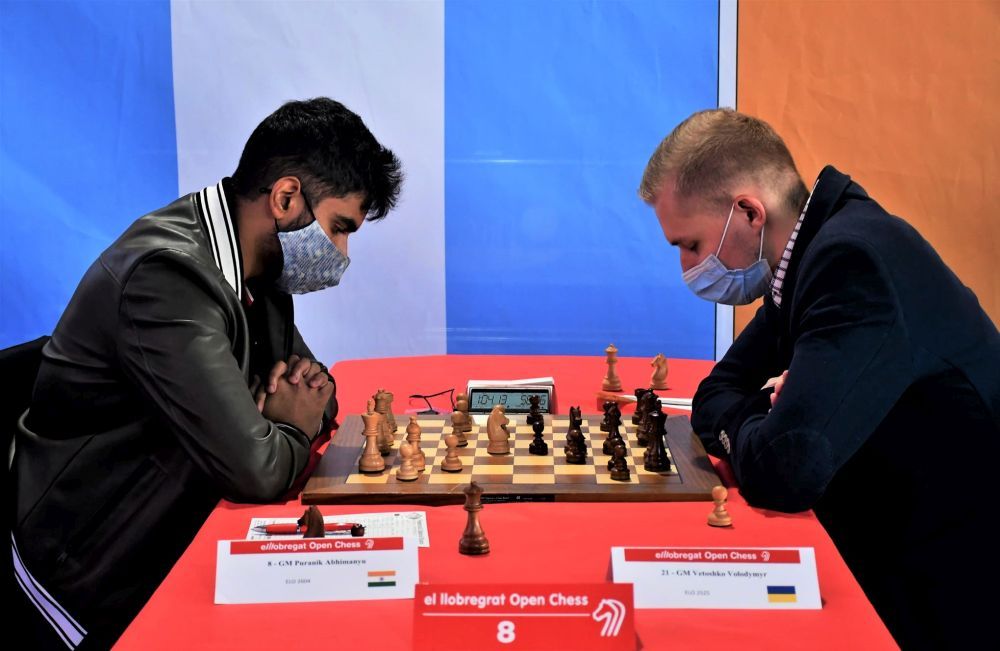 Since three players - Abdusattorov, Karthikeyan and Pere finished at 7.0/9. They had to play the Playoff to determine the top three places. Pere faced Karthikeyan in the Semifinals where the winner will face Abdusattorov in the best of two Finals. Time control for all games: 5 minutes + 3 seconds increment. Karthikeyan won the first game, despite his opponent being better for the significant part of the game.

Check out the final moments of the game 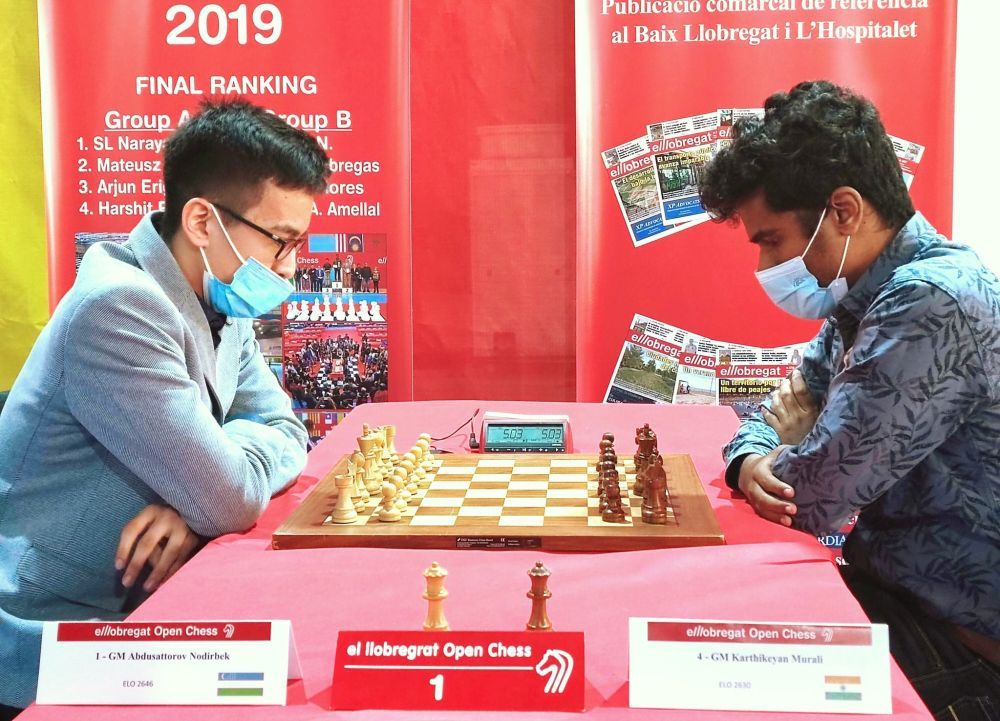 Replay Round 9 and Tie-break games