Our series on celebrating ten years of Mexico 2007 continues. Game two was an extremely crucial one, mainly because Anand was able to overcome his last move mistake against Gelfand in game one and score a scintillating victory over Aronian in game two. Peter Heine Nielsen who was one of the key elements in the game, tells us how the move 17...c5! surprised Aronian and gave Anand a great position. Vishy made an excellent positional move to turn a volatile situation in his favour. Pictures by Ali Nihat Yazici, videos by Vijay Kumar, video analysis by Peter Heine Nielsen and annotations by Mihail Marin. An article that should not be missed!

All four games had ended in a draw in the first round. On 14th of September 2007, the second round began. Anand was up against the young and talented Levon Aronian. There were two decisive games on that day:

All results of the round: 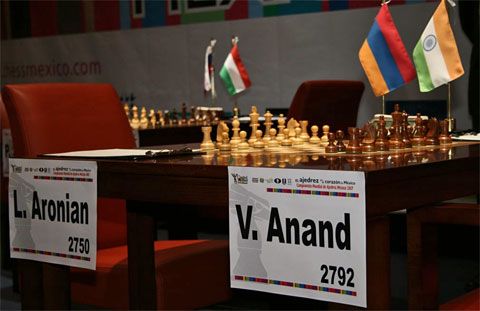 Aronian against Anand was surely the game of the day! 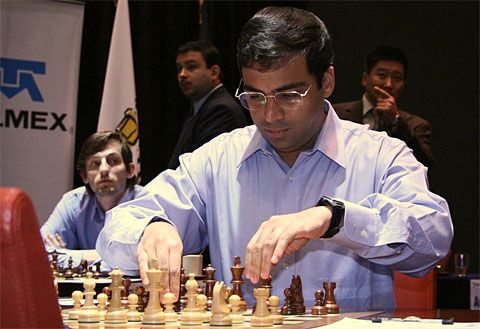 Vishy comes to the game and adjusts his pieces 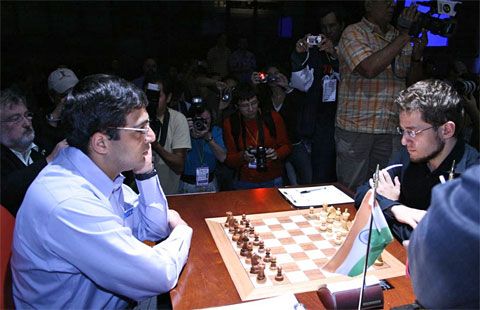 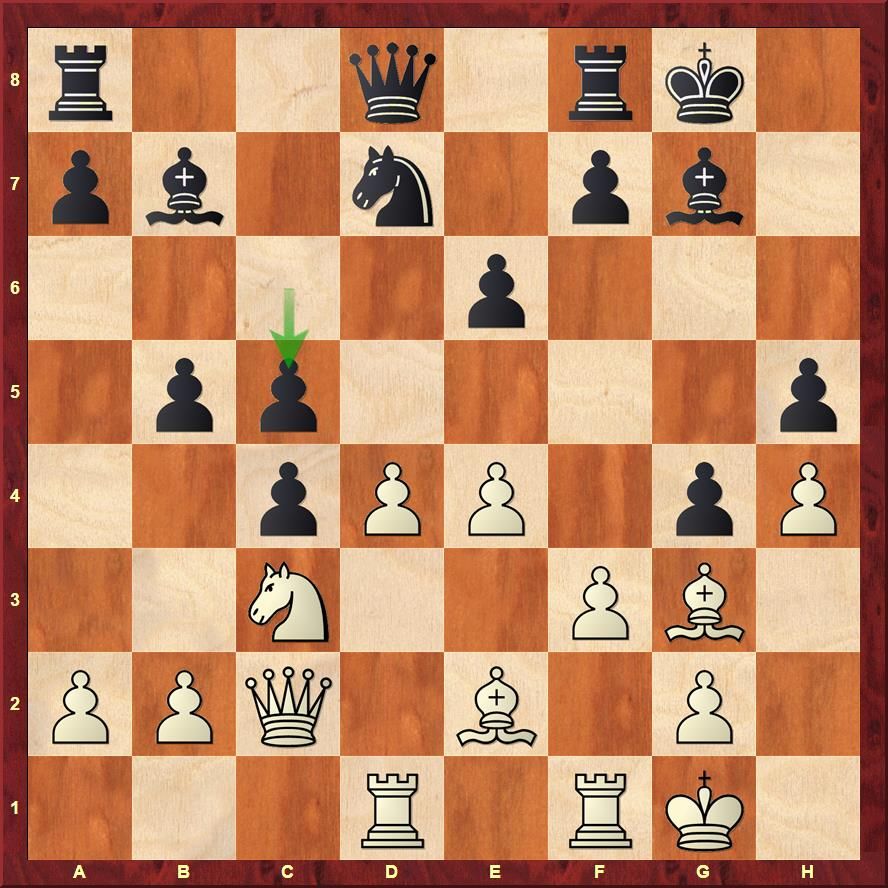 Anand: "The game revolved around this move 17...c5. It's a very interesting idea. We found it just here – Nielsen suggested it about three days ago. Sometimes if you can surprise your opponent it is worth almost as much as making a lot of good moves, because he has to deal with a lot of problems over the board. He played 21.Nd5 fairly quickly, and I think he missed this plan of 22...Be5 and 23...Bg7, or he underestimated it, I don't know which. As you can see, in the whole game I am playing against this bishop on e2 – my pawns on h5 and g4, and b5 and c4 control this bishop. This turned out to be the deciding factor in the game."

Anand speaks about the novelty 17...c5 to Vijay Kumar

A Russian magazine was taking a survey as to who are the favourites to win the tournament and Aronian was one of them. So he was a strong opponent. Just a few months before this tournament there was a rapid match that was organized in Mainz by Hans Walter Schmidt between Vishy and Aronian. Vishy won that and this gave him quite some confidence to face Aronian. Currently we have got used to Levon playing in super tournaments and being one of the best in the world, but back then he was quite young. In fact we played for the same league and Aronian played on board one. While today it would be natural for him to be on board one, back then he was lower rated than me and others. But somehow he was confident, and I remember in some interview he said that he belonged to board one. Well, history has proven that Levon was right!

In this second game of Mexico 2007, he is white against Vishy and really gives him a tough challenge. It was the Moscow Variation in the Slav and a lot of computer analysis had gone into preparing this sharp line. I remember that we had a four core laptop and we were very proud of it. By today's standard's it would be something that even a high end mobile phone could replicate. Van Wely, who was Kramnik's second, had a thin ferrari notebook. The Mexico tournament was to quite some extent centered around opening preparation. The engines back then were not very powerful, but that helped to make the preparation fun. We couldn't map out everything, but we thought that we had done good amount of work in this Moscow line. Remote access was a concept that existed back then, but we started using it only from Bonn 2008. In this tournament, you could say that we were not using the best available technology. 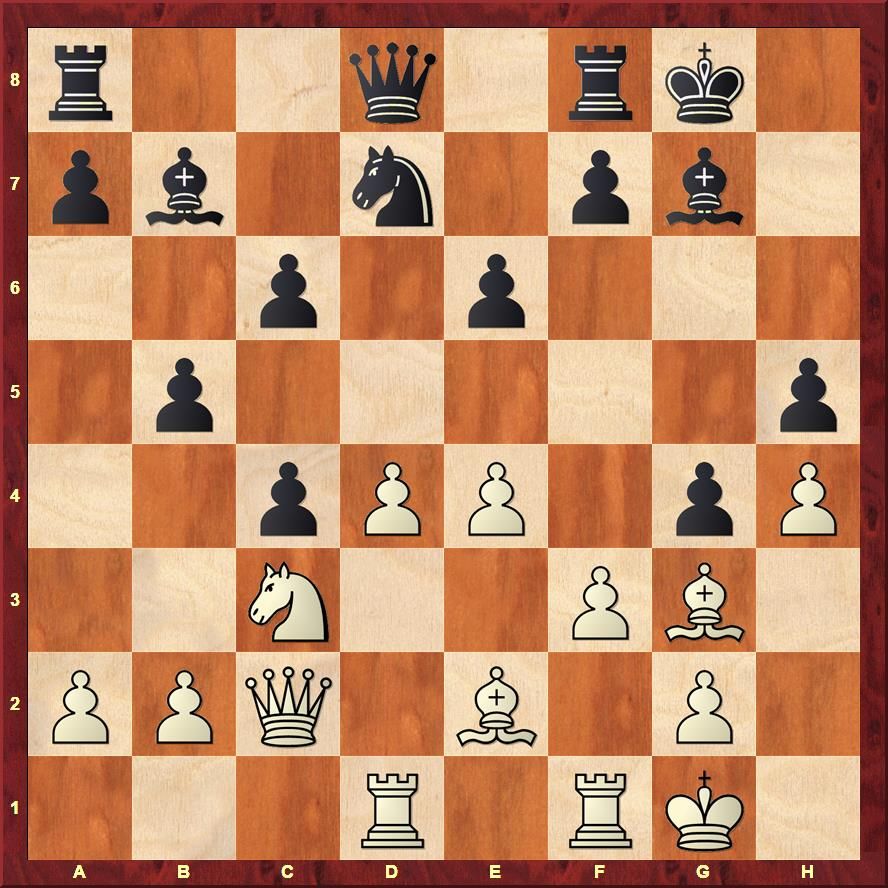 This was one of the critical positions of the opening. Everyone used to play ...Qb6 here. Vishy and I reached Mexico five days before the tournament began to get acclimatized and also to get to over jet lag. Of course in these days we were preparing. One day I was looking at Vishy's notes on the Semi Slav and I saw this above position with the move ...c5!? being given as interesting. Vishy had analysed it with San Segundo and Ubilava earlier. I was not getting sleep that night and so I decided to check this line in more depth. I discussed this with Vishy and we prepared it well so that it could be used in the tournament.

The move was very interesting and I think we were lucky that we got the chance to use it immediately within two days of having prepared it. I remember some Russians, I think it was Potkin, who had prepared this novelty since years and were waiting for the opportunity to use it! I think it is also because of the decision of not spending too much time on the Petroff which we discussed in the previous article. We were in a good frame of mind and that helped us find new ideas in these openings. And we were good at sniffing what our opponents would prepare. Aronian played the most natural dxc5 in this position, and we replied with Qe7. And here Aronian showed that he was a very strong practical player. 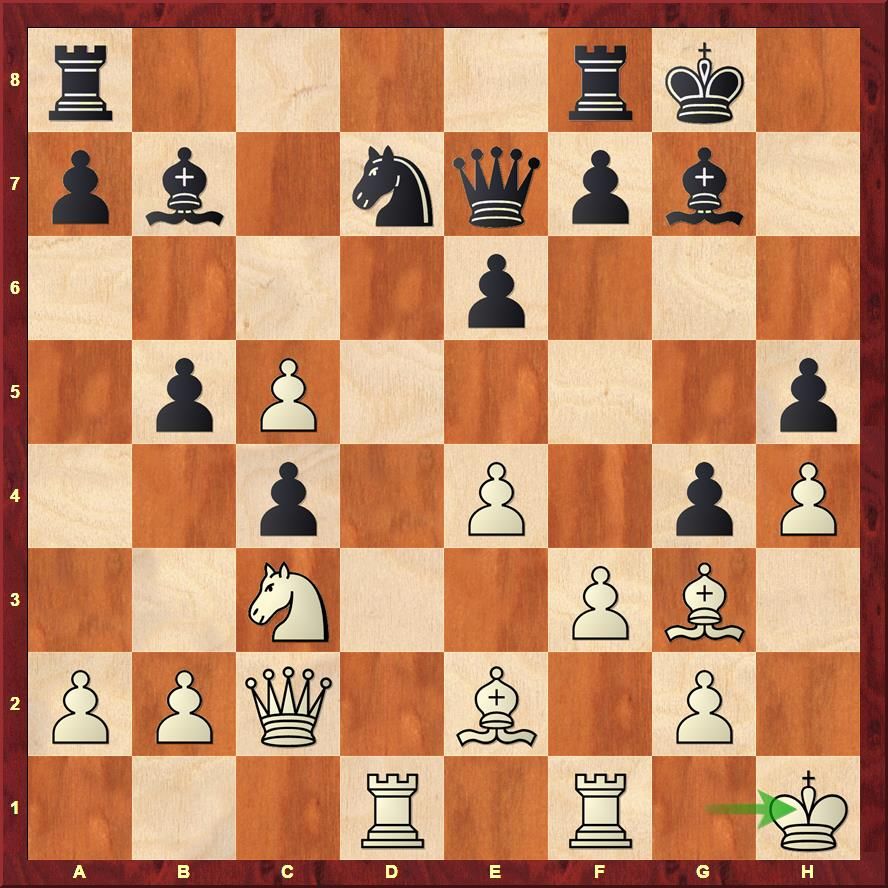 Aronian knew that Vishy was well prepared and there is no way that he was going to let Anand show all his prep. He played the move Kh1 clearly with the idea to take Vishy out of his preparation. Objectively this is a bad move, but practically is a very interesting choice. 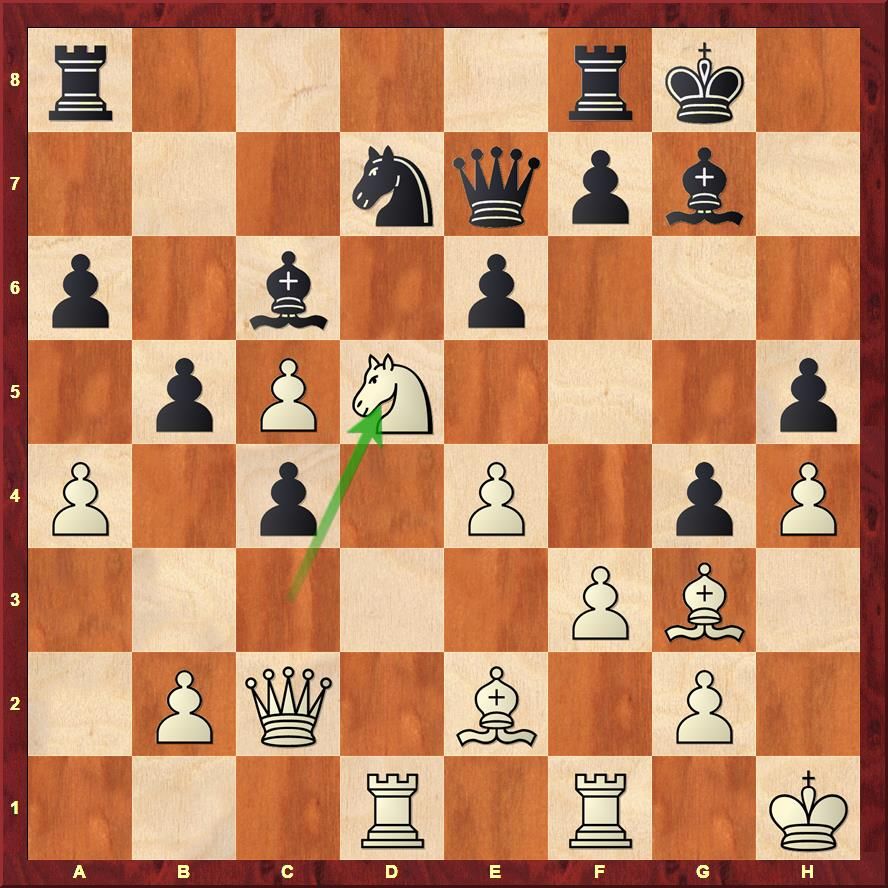 Aronian came up with this fighting choice of Nd5 sacrificing a piece. Anand took it and Levon took it back with his e-pawn. 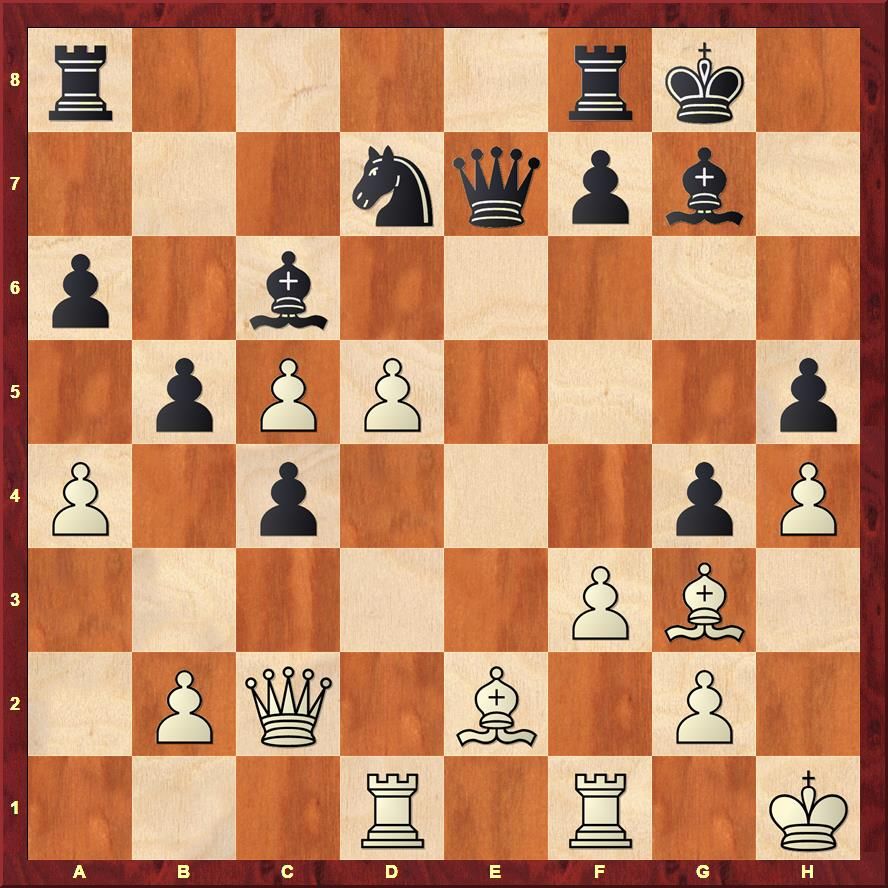 This was the position where Vishy made a brilliant move. Can you try to find it? 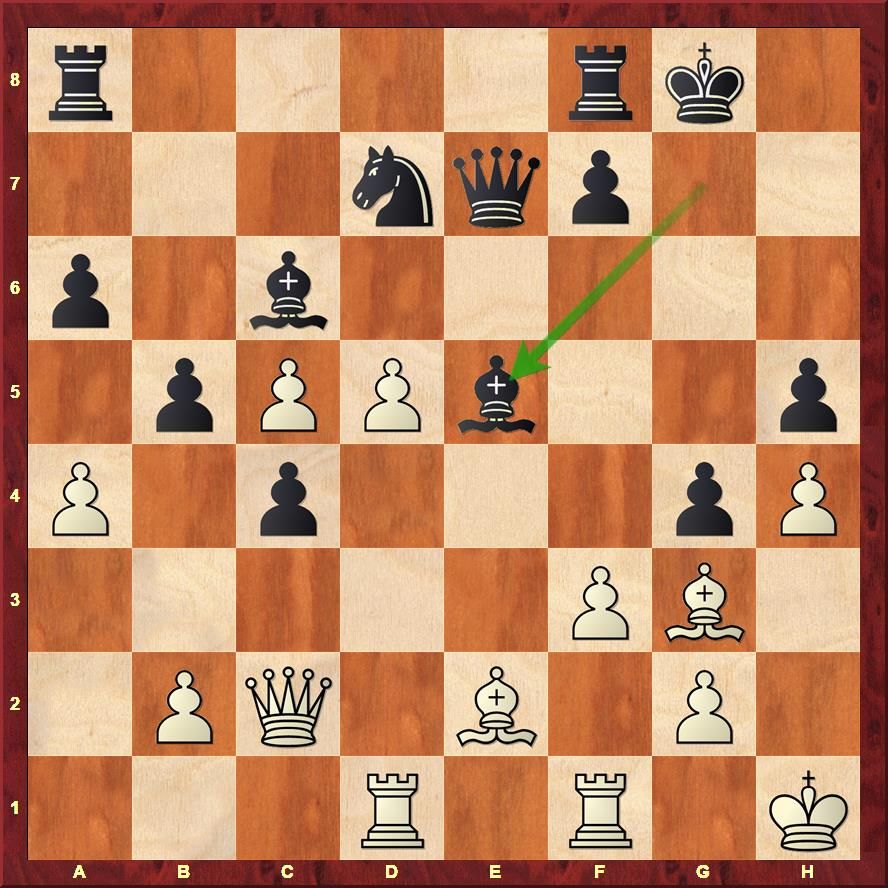 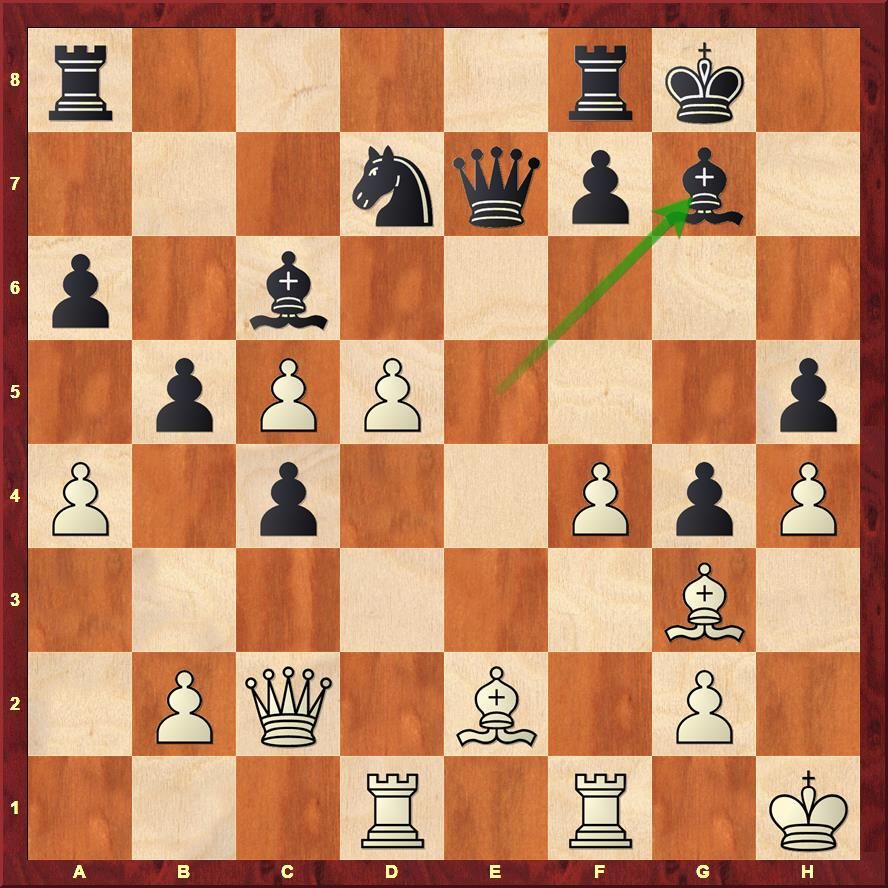 And then retreat with the bishop back to g7. After White took on c6 with dxc6 and Nxc5 we reached the following position: 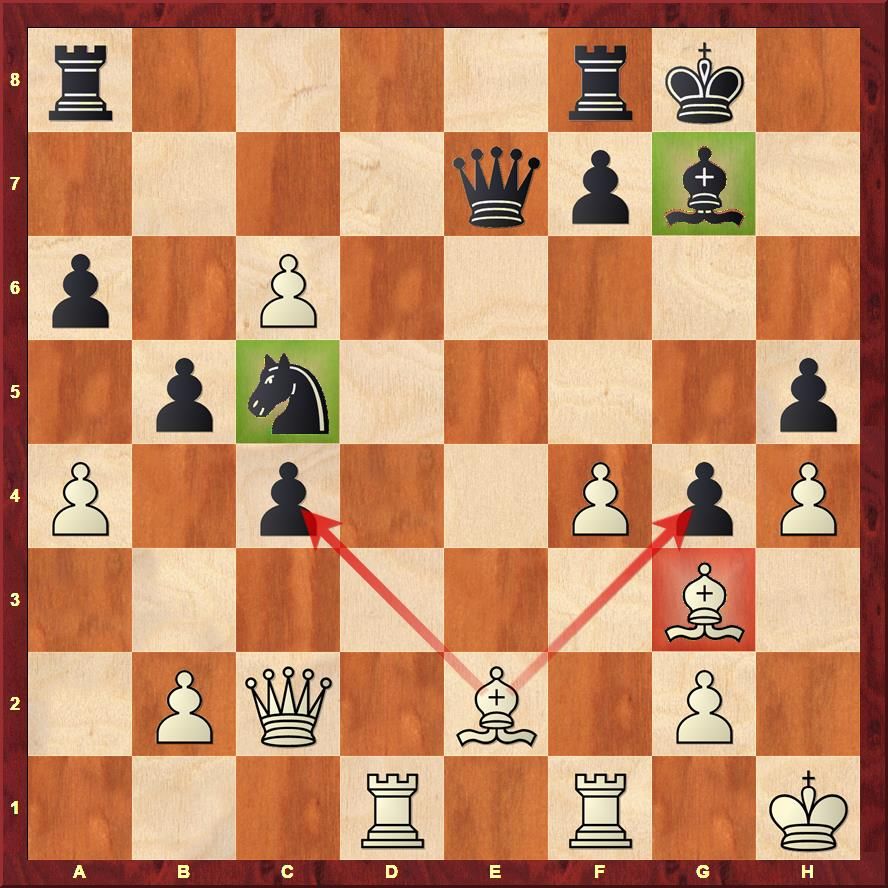 If you look at it closely you will realize that it was as if in his own turn Vishy had made White's move f3-f4. He moved his bishop to e5 and then back to g7, but thanks to this manoeuvre, he has permanently got a strong foothold on the kingside with pawns on h5 and g4. White's bishop on g3 is very passive and the bishop on e2 is killed by the pawns on g4 and c4. I remember back then I was very impressed with Vishy's play. He had turned this complicated tactical position in his favour with his positional idea of Bg7-e5-g7. Now when I look at it, it impresses me a bit less, but that is also because it has become a part of intuition. Intuition is nothing but the knowledge that is stored in you over the years and hence I would say this idea became a part of me once I saw it. Anand was in great form and he took the opportunity once it was presented to him.

I have worked with Vishy in the neighbourhood of nearly ten years now and I would say that this is one of the games that still impresses me. A fantastic start to the tournament.

This series of articles intends to celebrate this huge occasion in Indian chess - our star becoming the undisputed World Champion. Follow us on the journey. The third round was played on 15th September 2007 and you can expect an article on it tomorrow.