10 things we can learn from R.B. Ramesh

On 20th of April 2017, GM R.B. Ramesh turned 41 years old. He is well known as one of the best trainers in the country. IM Sagar Shah recently visited the great trainer at his home in Chennai. Spending nearly two days with him Sagar realized that there is more to his man than just being a great chess coach. In this article he shares ten of the best qualities of Ramesh and what we can learn from them. Surely, even imbibing one or two of these is sure to make you a better person!

We all know what a great coach R.B. Ramesh is. His achievements have been mentioned innumerable times on our newspage, but here's a quick recap. As a player he was a grandmaster and the former British Champion in 2002. He was the coach of the Indian team that won its first ever bronze medal in Olympiad in 2014. He is the trainer of talents like Aravindh Chithambaram, Praggnanandhaa and many more young and upcoming players. Today, on 20th of April 2017 he celebrates his 41st birthday.

When I was on the trip across India with GM Jacob Aagaard, our last stop was in Chennai. The camp was held at Chess Gurukul, Ramesh's academy and I had a chance to watch him at close quarters. Here are some of the things that I learnt from him.

1. Early to bed, early to rise

Ramesh goes to bed around 9 p.m. and wakes up at 4 a.m. Before most of us have even started our day he has done nearly four hours of chess training! 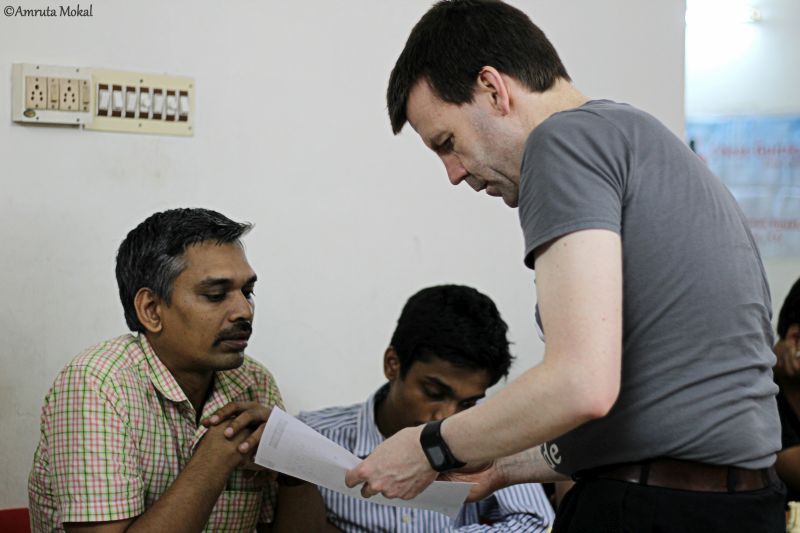 Although he is a great trainer, he had absolutely no qualms about being a student at Aagaard's camp. In fact, he cancelled all his trainings just so that he could learn a thing or two from Aagaard. According to Jacob he was really quick at spotting small tactical ideas, even faster than talented GMs like Aravindh and Karthikeyan. The important thing is that Ramesh feels that there is always scope for improvement! 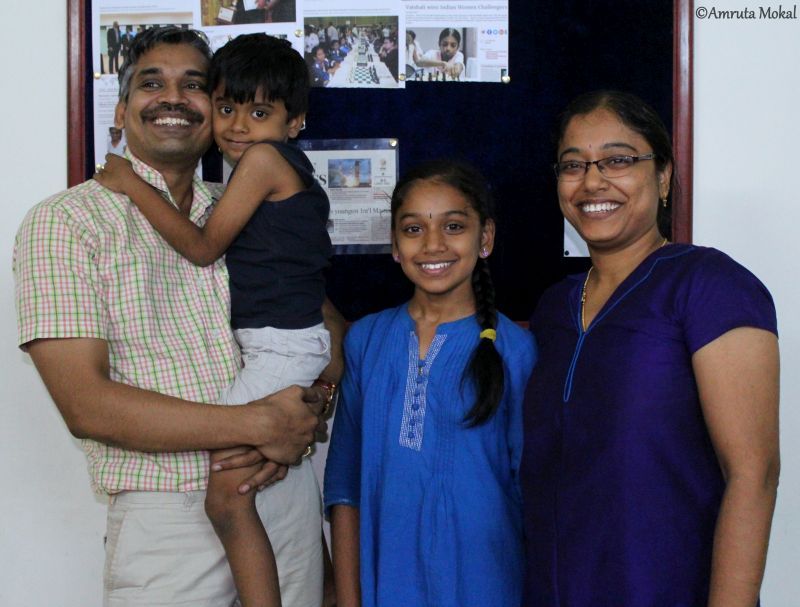 Ramesh is a busy man but he ensures that his family always get his topmost priority! 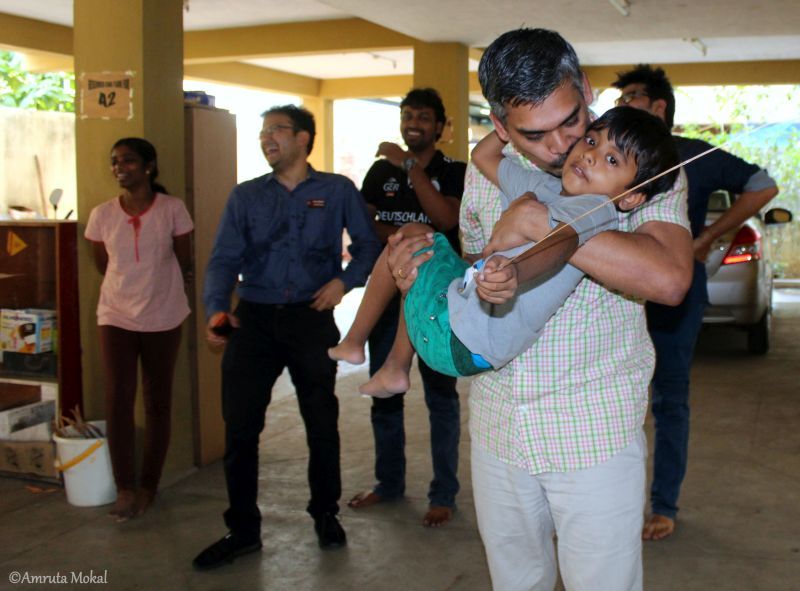 The picture says it all! With his little son Karthik! 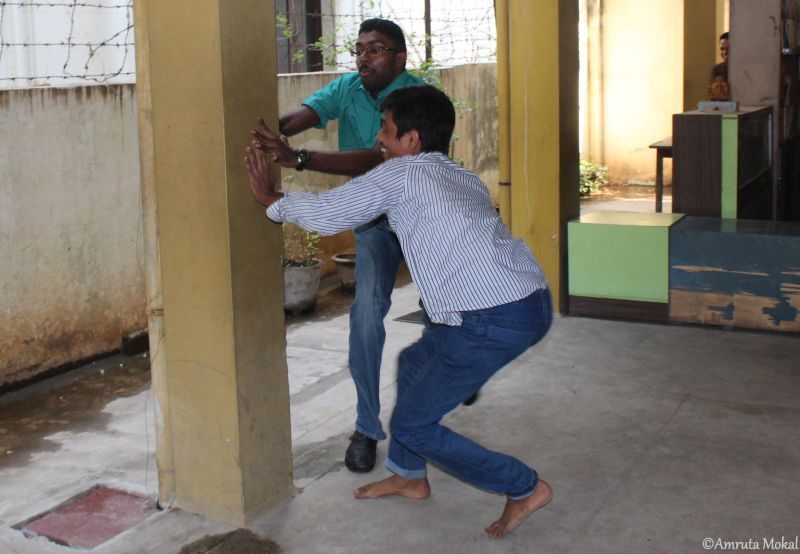 After the lunch break it was possible to resume the training session with Jacob Aagaard. However, Ramesh suggested that we go down and play a few minutes of hide and seek. Although reluctant at first, all the GMs joined in. The result - after 30 minutes of hide and seek everyone was refreshed and enjoyed the second half of the session. If instead the session was started directly, many of the students would have dozed off after that sumptuous meal! 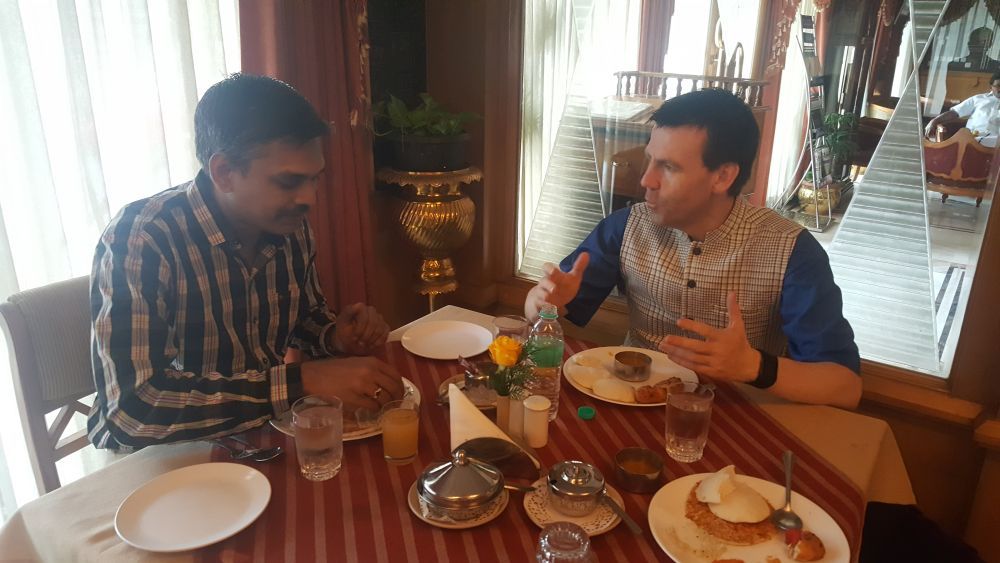 Finishing his classes on time, Ramesh joined us at sharp 9 a.m. at the hotel to welcome Jacob and have breakfast with him. 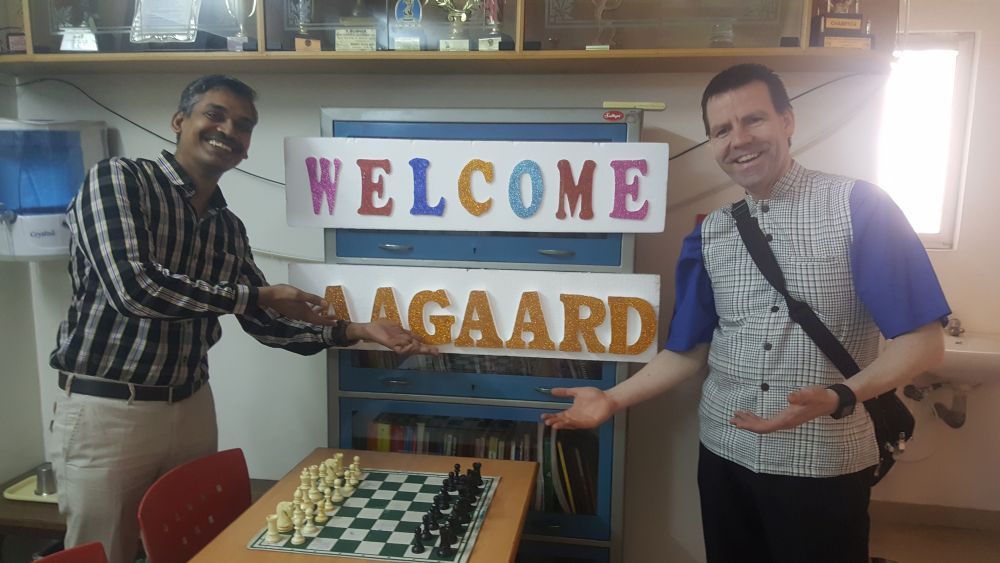 6. Thinking deeply about the students 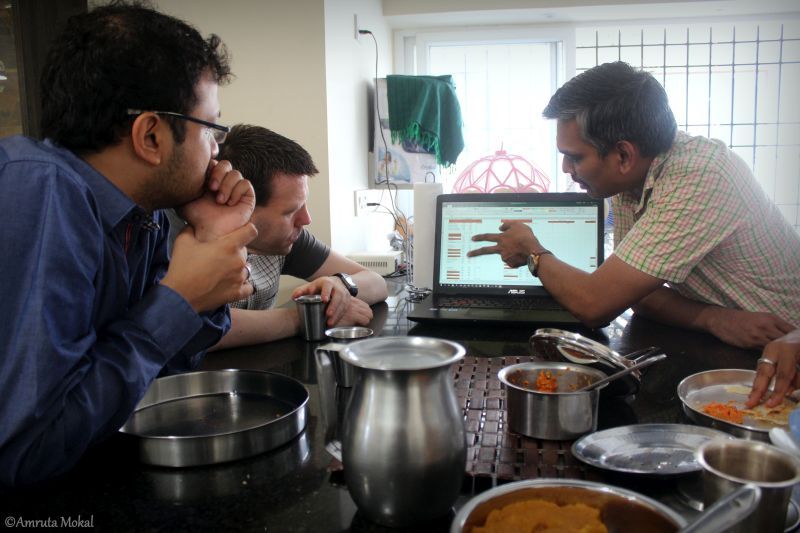 Many coaches want their students to succeed, but how many are ready to go that extra mile, do some deep research and try to find ways in which world class players are created. As can be seen in the above picture, Ramesh is explaining the research he has done related to which are the key years in which young players stagnate. With the compiled data, he is trying to find reasons as to why that happens and in which way he can rectify this. All of this need not be done by him as a trainer, but he likes to go the extra mile, and that's why he is the best.

7. Creating something of value 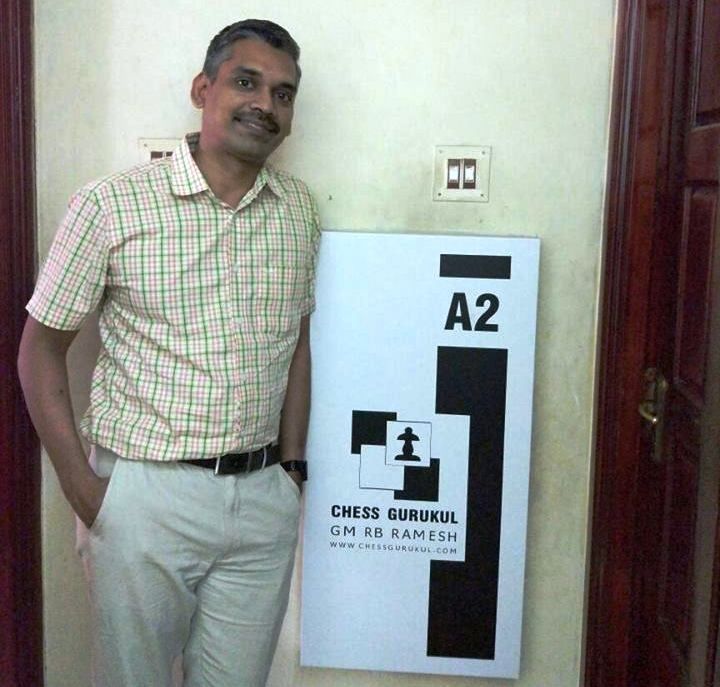 More than just earning money, Ramesh has created a brand - Chess Gurukul, which has contributed tremendously in India becoming a super power in chess. 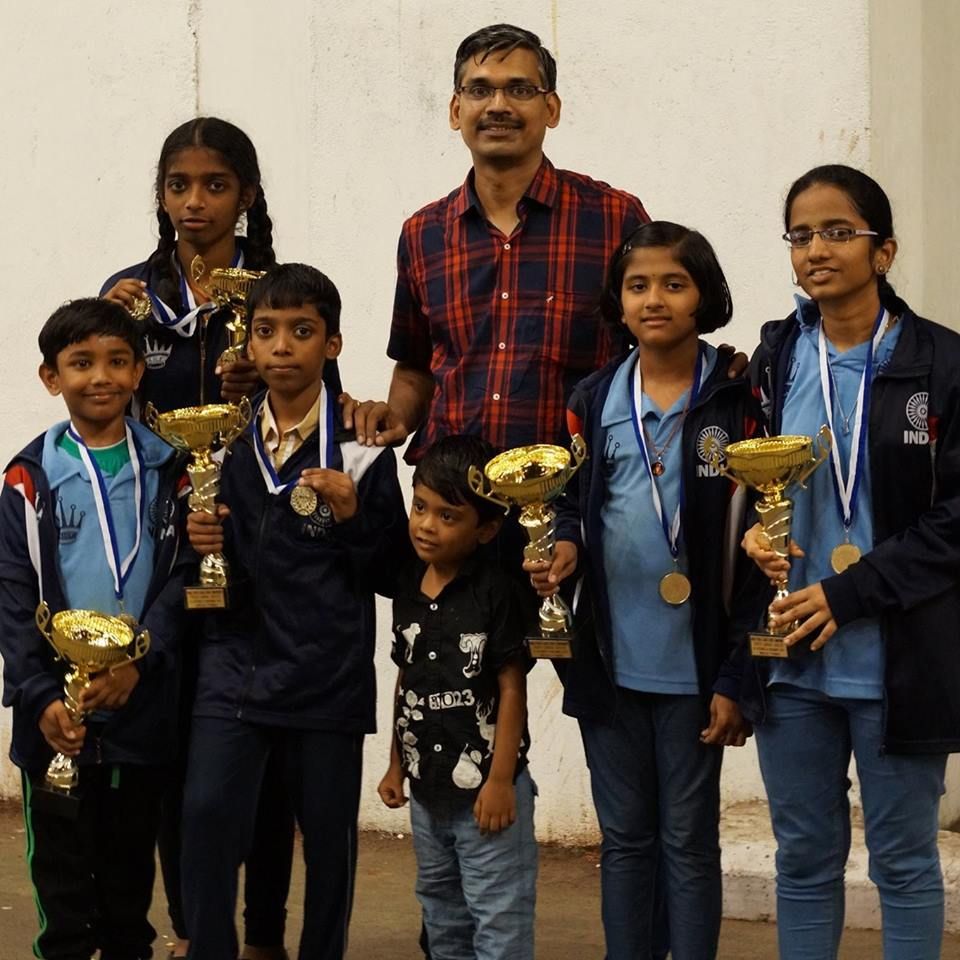 Did you know: All the five gold medalists at World Youth 2015 were from Chess Gurukul! 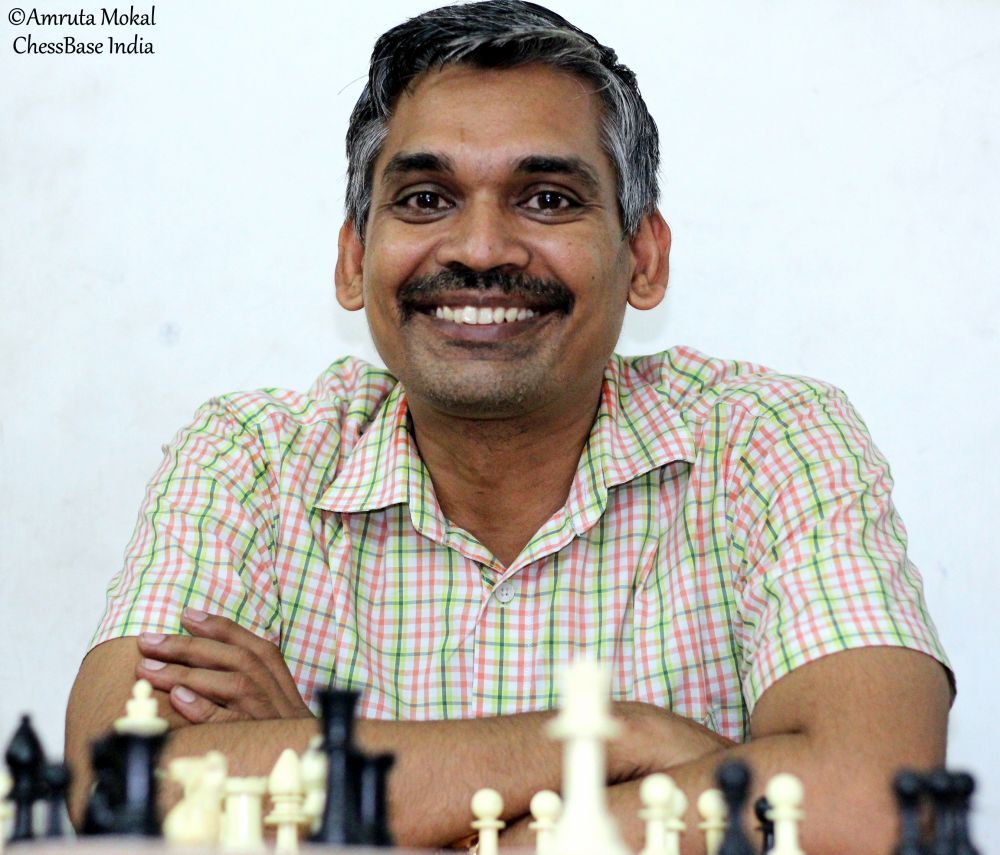 If you meet Ramesh, you are sure to be bombarded with some of the seriously funny jokes that he has collected and kept in his mind! And while laughing he doesn't really hold back! One of the important things in life is to have a good sense of humour and Ramesh has that in plenty.

9. Knowing when to stop

Once he was saturated with chess, Ramesh made the bold decision of shifting from a player towards a coach. He even quit his stable job. His reason was simple, "Playing chess was no longer fun!" He stuck to his decision, coached players with great dedication and has never looked back!

There have been many extremely talented players who have come to Ramesh, but have been financially unable to afford the fees. Ramesh has ensured that money doesn't come in the way of these young kids achieving something in chess. Aravindh Chithambaram would have never become a grandmaster without his efforts. He has often trained students without charging them fees. Compared to many other top trainers his fees are quite affordable.

When I met him in January 2017, he told me that he would like to do a ChessBase India show where he would talk about chess coaching and give tips that would help students to improve. When I was in Chennai and I asked him for the show, he immediately agreed. 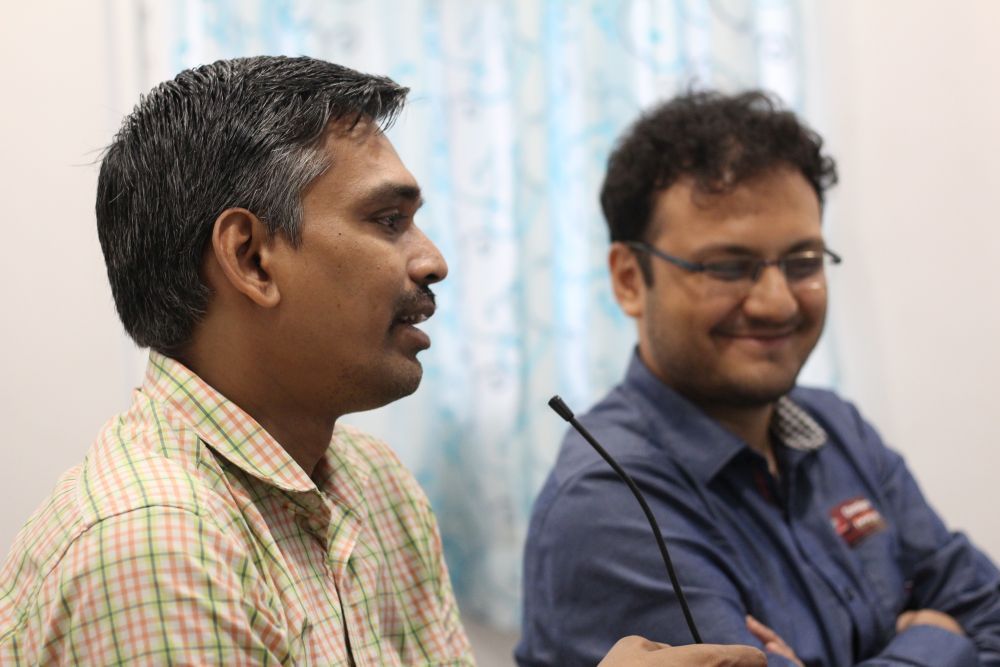 On 5th of April we had the fourth ChessBase India show was held with R.B. Ramesh. Although the show was scheduled to be for just one hour, it went on for nearly two hours, with Ramesh sharing pearls of wisdom with the viewers.

The show is available free of charge and can be downloaded by clicking the "Buy Now" button below:

Ramesh, Indian chess is grateful to have a selfless trainer like you. Thank you for all the things that you do. We wish you a wonderful 41st birthday!